Oh no, I got attacked by a white rabbit again!

OK, so, about 10 days ago was the last leg of my series of tours with the people from Koebi and the Setouchi Triennale’s Organizing Committee for you-know-what. 😉

This time we went to both Megijima and Ogijima, and we didn’t exactly made a real tour of the islands this time (as in a loop around the island) like we did for both Shodoshima and Teshima. There would be no point in doing so, as 90% of the trip would be walking in the middle of the islands’ forests. 🙂

Here is what we did instead: 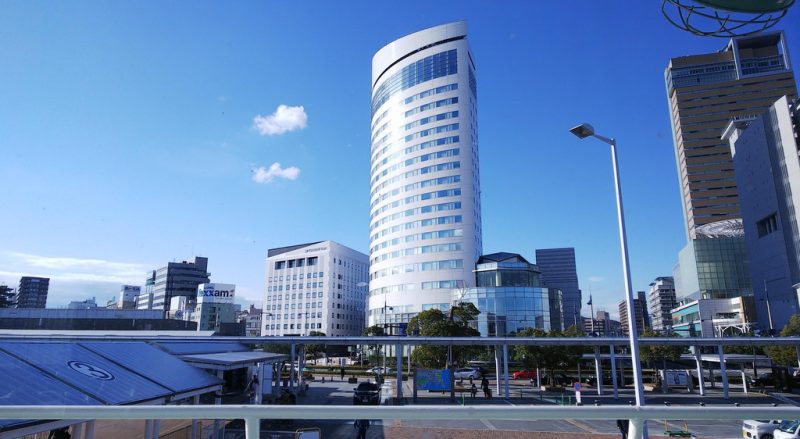 Note that I didn’t take as many pictures for this trip, probably because the two islands have become so familiar to me that it’s true that I take fewer pictures when I go (unless I’m going for that very purpose), also because it was a rather cold day (yes, this has an influence for my willingness to take photographs) and finally a good friend was present, also I’m starting to know a certain number of the other group members after hopping from one island to the other with them over the past two months or so. In other terms, I also spent more time chatting with people than focusing on my camera. (but worry not, many more pictures of both islands will show up sooner or later). 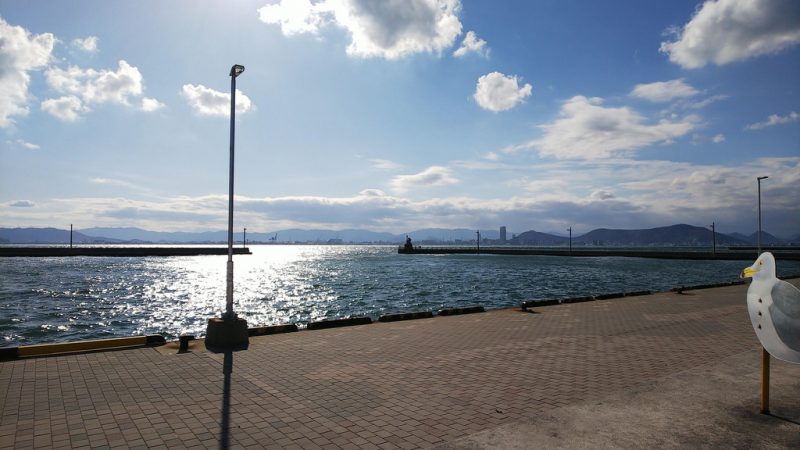 Takamatsu in the distance, from Megi Port 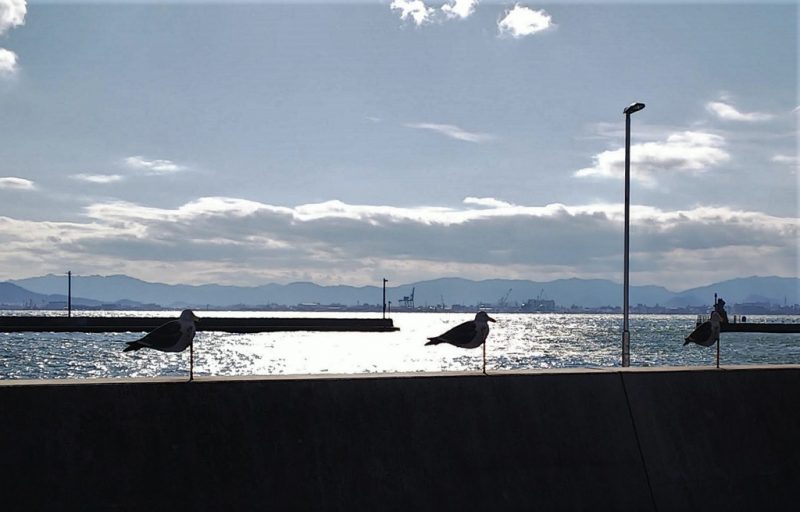 We also stopped in front of Funjo Hagetaka’s 20th Century Recall, but as the sails have been removed for the winter, it was not looking at its best.

Yes, in case you don’t know, I do not advise to visit Megijima in the winter. While the whole area gets windy – and here we’re talking about a nasty and freezing wind coming from who knows where (but somewhere cold – inland China? Siberia?) – Megijima especially gets windier. It has to do with the fact that the island is all in length, so the winds tend to follow the mountain and they get pushed down to the ground instead of up to the sky or something like that. The result is that Megijima is probably the windiest place in the area, to the point that the houses near the shore need to be surrounded by some unique walls called ote (read: “ohteh”), and that the outdoor artworks need to be put in storage for the winter, be it 20th Century Recall‘s sails or the seagulls that will soon be removed from their parking lot only to return in the Spring (a handful had already sustained some damage).

Our next stop was Shinro Ohtake‘s Mecon, probably my favorite work from this artist in the area. Indeed, he’s the artist who has the most artworks affiliated to Art Setouchi, six if I’m correct (four on Naoshima, one on Teshima and Mecon on Megijima). As they’re all managed by Benesse, I assume that he’s very good friends with Soichiro Fukutake.

It’s quite interesting to see how the artwork evolves with time, as it’s literally alive (at least in parts, as it includes many plants). Actually, I invite you to compare the pictures in this post with the ones I took when I visited the artwork for the first time back in 2013: 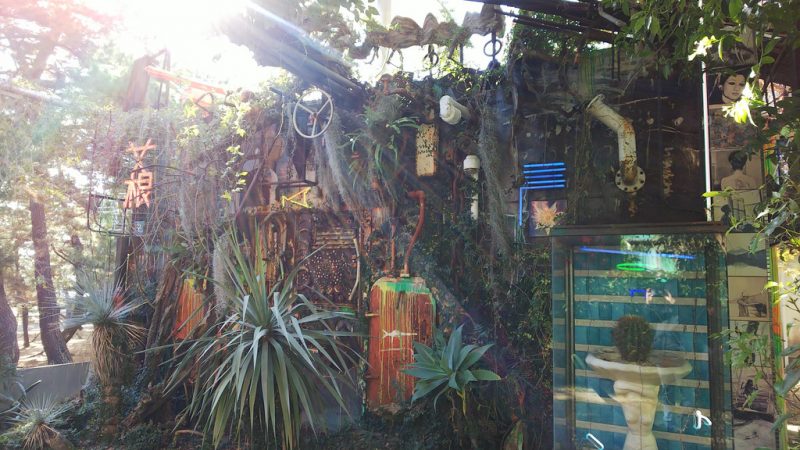 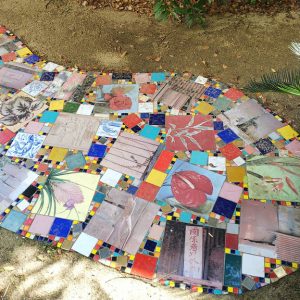 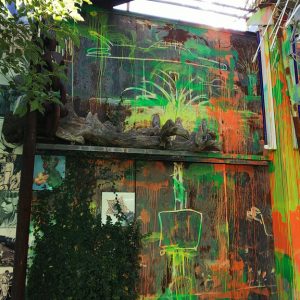 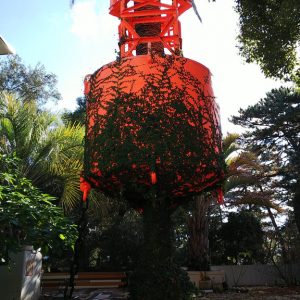 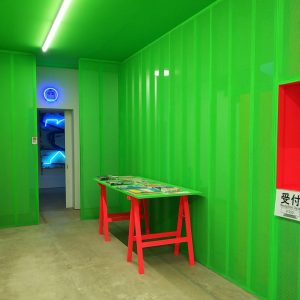 Leaving Mecon, we went almost next door to one of my favorite spots on Megijima, that is Island Theatre Megi. In short, it’s an actual movie theater on this small island, made in the spirit of the now gone theaters from 42nd Street in New York City that the artist Yoichiro Yoda used to enjoy in his teenage years (as even though he was born in Kagawa, he moved to NYC as an infant and has lived there ever since). If you want a more in depth description of the place, why don’t we get it from the artist himself, back when I met him in 2016 (the post includes a written interview as well as a guided video visit by Yoichiro Yoda):

It’s really one of my favorite spots in the area, you shouldn’t miss it. 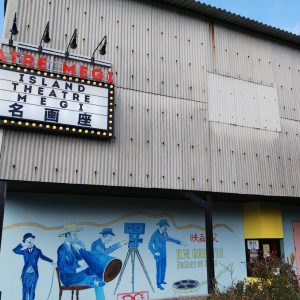 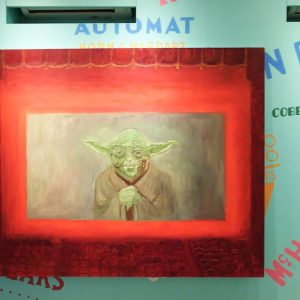 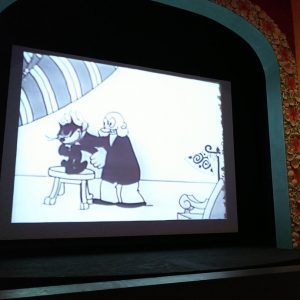 We then headed to Leandro Erlich’s Presence of the Absence. I think that I have never wrote about this artwork here, despite the fact that it’s been around since 2010. I didn’t forget it. I actually love it. So why nothing here? The first reason is that pictures are not allowed there – and a post without picture would be a sad thing – but the main reason is that a large part of what makes this artwork interesting is that it needs to be experienced without knowing what to expect. The surprise is a big part of the experience of the artwork, or rather artworks, as the location really includes two installations: Invisible and Double Tea. Any picture or description would ruin the surprise and your future experience. I will not do that. 🙂

The house is rather large and in addition to the two artworks, it includes a tiny library (a room really, showcasing mostly books from or about the artists whose works can be found in Setouchi) and a restaurant called Iara (by the way, this is a upper-case “i” not a lower case “l” – one day someone asked me about that restaurant called Lara and I was greatly confused). The restaurant was closed that day – everything was closed, all the visits were private visits – but its tables and chairs welcomed us for lunch anyway (onigiri for my part instead of Mediterrean style dishes that the restaurant usually serves).

This was the end of our visit of Megijima that day, and soon Meon was going to lead us to Ogijima that I don’t need to introduce if you’re a regular reader of the blog (and if you’re not, I’m thinking of doing something for you, but you’ll have to wait for at least a few more weeks). 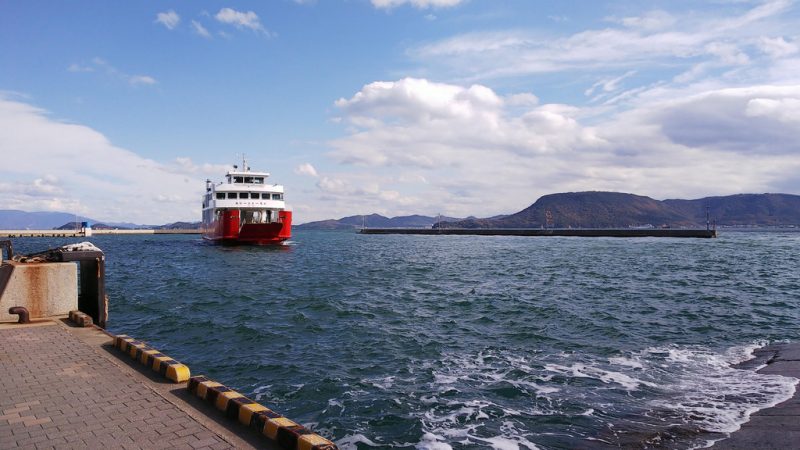 Almost as soon as we arrived on Ogijima, we walked up to Takeshi Kawashima & Dream Friends Gallery where we could enjoy Kaleidoscope Black & White.

Between 2010 and 2016, the gallery used to temporary installations that lasted about a year each before being replaced by a new one (on Setouchi Triennale years, those were artworks by Takeshi Kawashima himself, in between triennales, those were works from his “Dream Friends” that is mostly local artists – this is where my daughter had her first art exhibit when she was 2 and 3 years old! OK, full disclosure: her and several dozens of other kids under the direction of Yuki Tani 🙂 ).

However, since 2016, it seems that Kaleidoscope Black & White is set to become permanent as it’s still standing. On the one hand, I really liked those yearly exhibits and the fact that they involved local people, on the other hand Kaleidoscope Black & White really deserves to be a permanent installation. In case you’re wondering, here is a glimpse of what it looks like: 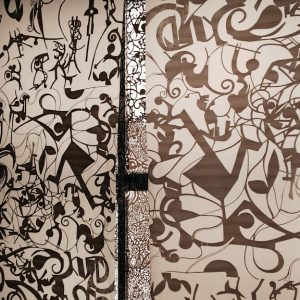 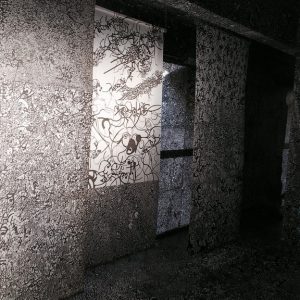 And as I’ve never talked about it in detail on this blog, I’ll let my friends Dru give you some more detail instead:

Our next stop was Mayumi Kuri’s Memory Bottle, another of my very favorite artworks of the Setouchi Triennale (and as usual click on the link for more information). 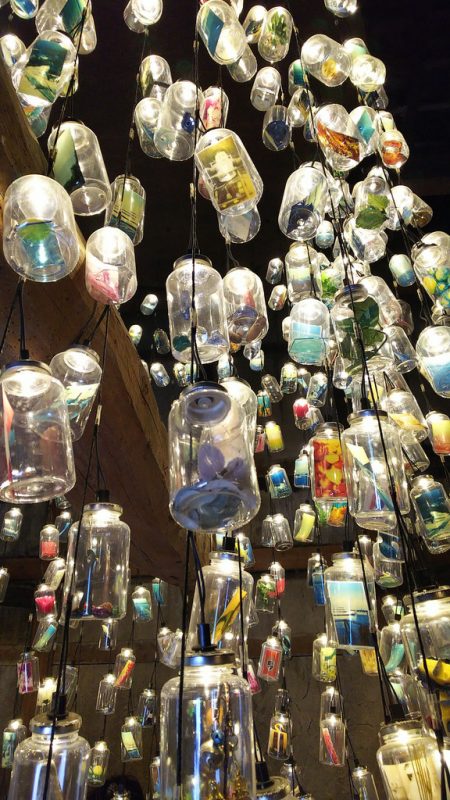 Then, a small surprise: 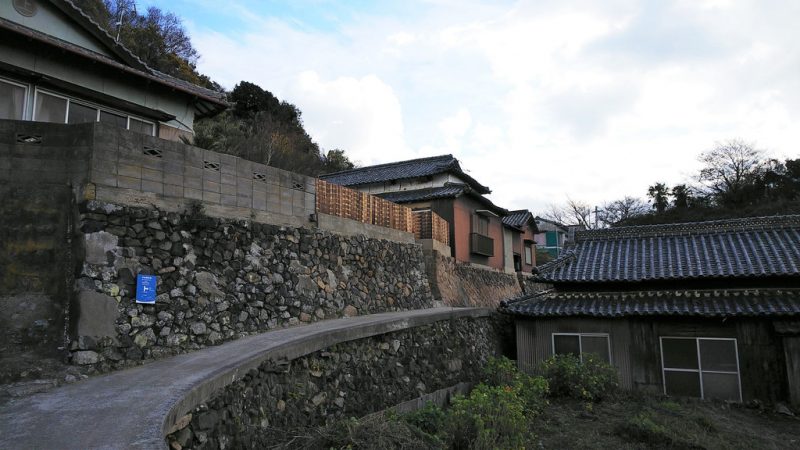 If you don’t know Ogijima too well you won’t find anything surprising in this picture, but know that for as long as I’ve known the island, where you can see this wooden fence, there used to be a house, one that even hosted an art installation back in 2010. It was still standing in November, so it was quite a surprised to see it simply gone. I’m not sure what this is about: a new owner “remodeling”? a new art site? no clue. I’m just a bit sad when I see houses gone this way, especially this one as it’s one of the few remaining ones that were designed the way it was (with a “pirate prevention door” – I know, I really need to explain one day) and it was still in a rather good shape (at least seen from the outside).

Wondering what it was all about, we walked to the next artwork (located in the house on the right side of the picture above), that is Oscar Oiwa’s the Room inside of the Room. 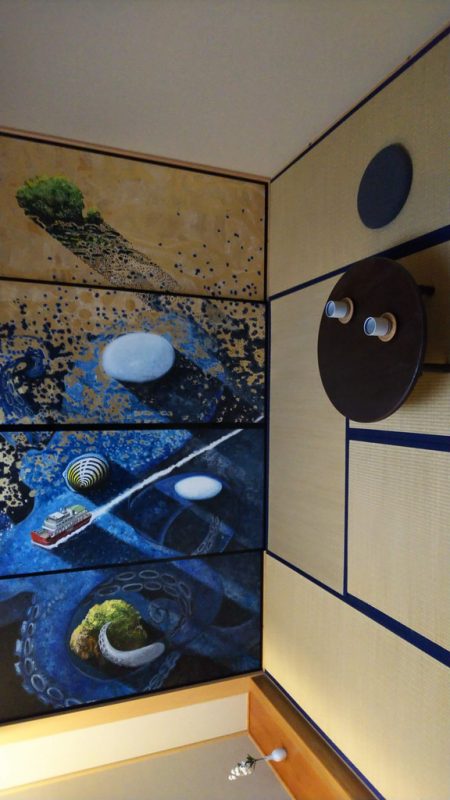 Here too, the best way to understand what it is about is to have the artist directly explain it to us, isn’t it? (the video is towards the end of the post, but feel free to check out the rest too, there are a few pictures of Kaleidoscope Black & White and more):

I didn’t take pictures for the rest of the day, but know that our following stops were Toyotama-hime Shrine, Onba Factory and Ogijima Library. Then, the wind getting colder and stronger we spent the rest of our time on the island inside Ogijima’s Soul, but not before a short stop at Damonte & Co for one of the best coffees in the area (the best I had in Japan, I’m not exaggerating).

At Ogijima’s Soul, we also ran into Team Ogi (both the original remaining members and the new ones) who just had a meeting to prepare their new project for next year. I don’t know the details yet, I will know them soon enough.

It seems that the pre-Triennale’s exciting times have just started (actually, I need to finish typing this post quickly, I just got a message telling me that a new artist for 2019 is in town and wants to meet me – more detail later 🙂 ).

The fact that artists are already on and around the islands is great news. One of the “disappointments” in 2016 was that only a few artists got to prepare their art on site and got to spend extended time in the communities where their art was going to be exhibited (as opposed to quite a large number of them in 2010 and 2013). From what I’m hearing, this coming year, artists will be on-site as much as possible in the months and weeks leading to the art festival!

Stay tuned. (for that you can subscribe to the blog, follow me on social media – links are on the very top of the page – or join this newly created Facebook group about the Triennale – not official and managed by me, but for everyone to use at their convenience)