Sunday was the last day of the Setouchi Triennale 2016, and of course, like a lot of days this year, it started with Meon approaching Takamatsu Sunport. 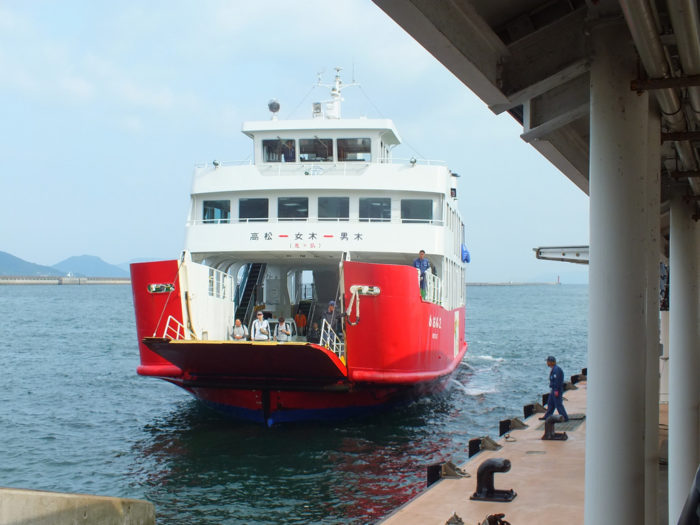 The destination was Ogijima. Where else?

The first hour on the island was mostly spent having early lunch and chatting with friends, but soon, at 12.30 pm, a few dozens of people started gathering on the port:

Among them, the members of Team Ogi, the captains of a certain number of fishing boats, the members of the Group 1965 who were present that day (that’d be half of them), some residents of the island, their friends and family…

The captains had a small meeting, mostly to discuss the fact that it was pretty windy that day. Drinks were had too. And soon enough, all those people hopped on various boats. 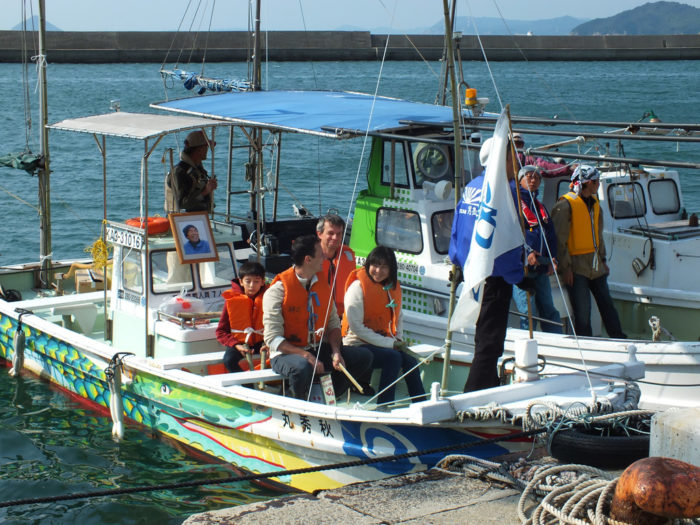 My first time on a fishing boat!

By now, you know where I’m heading. This was all about the famous Team Ogi’s Boat Dance. A “tradition” dating from 2013, when all Team Ogi’s boats take the sea and reenter the port during opening and closing days of the Triennale, in a way that emulates and honors fishermen of the past when they’d return to port with an unusually good catch. It was my first time boarding one of them. Hopefully, not my last. And yes, I know, I need a haircut. 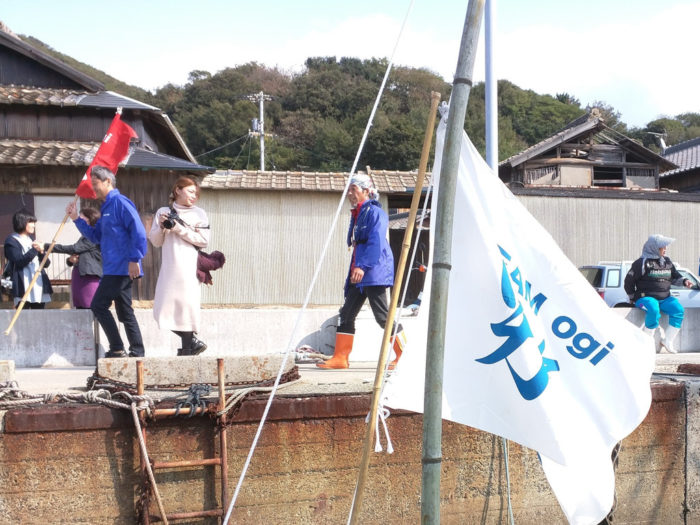 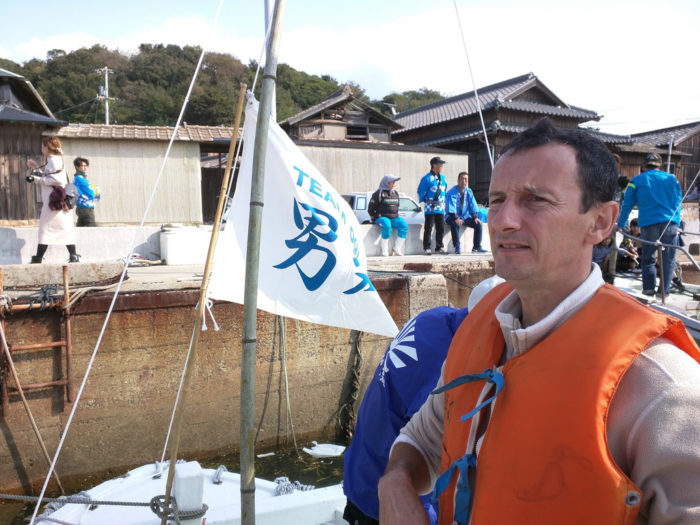 Jean-Christophe, not unhappy to be there too.

Trying to take pictures of the flags wasn’t an easy feast with that wind… And when I could, most of the time, the reverse side would be facing me. 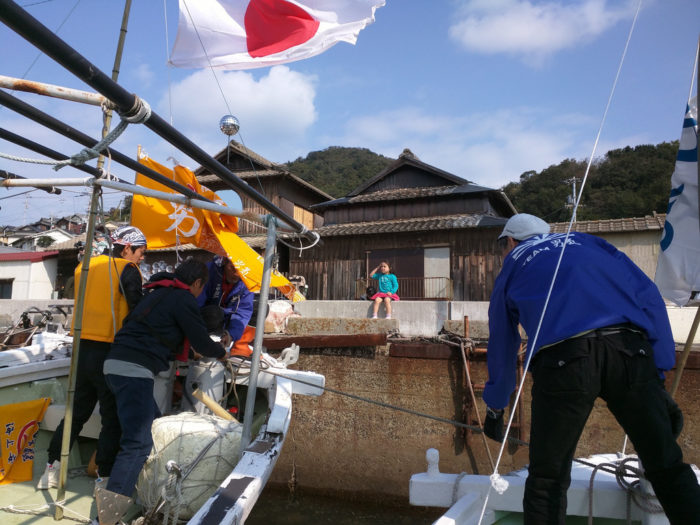 This little girl was abandoned on the port by her dad…
(worry not, her mom, little brother and some friends were abandoned there with her too) 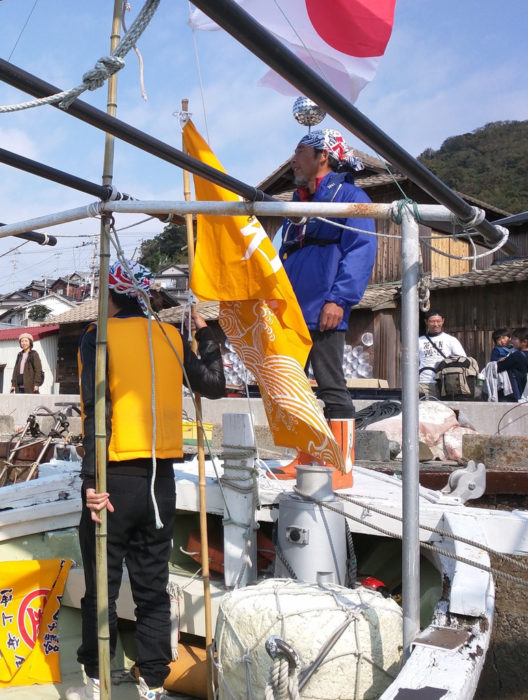 Oshima-san is ready to go! 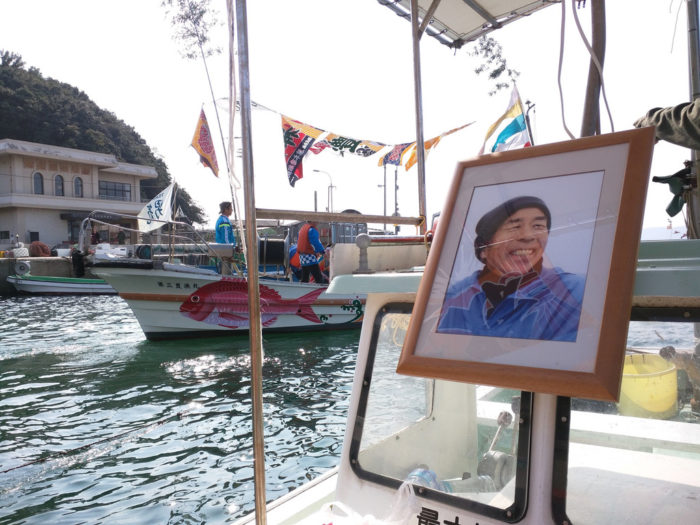 I think I recently mentioned that one of the most respected fishermen of the island (who also happened to be the former owner of the Onba Factory building, in other terms, him allowing Onba Factory to settle down in his building was the first domino that allowed Ogijima’s revitalization the way it happened) brutally passed away last Spring. He was with us, nonetheless, in spirit.

Unfortunately, because of the wind, the smaller boats couldn’t stay too long in the open sea as the wind was making it unsafe for the passengers (that’d be us). They’re not passenger boats after all. So, we quickly returned to the port, while the bigger boats circled around, sending off Meon in the process. Also, it was very difficult to take pictures as the boat was seriously rocking and I didn’t want to lose my camera into the sea. 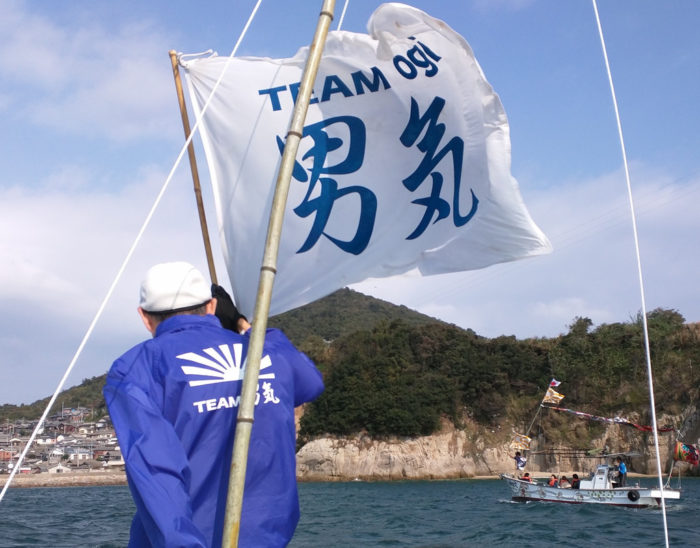 Here is a small video of the ride, taken by my wife. Forgive her if it’s not the best video, that’s not something she’s used to doing, and she also had to take care of both kids. 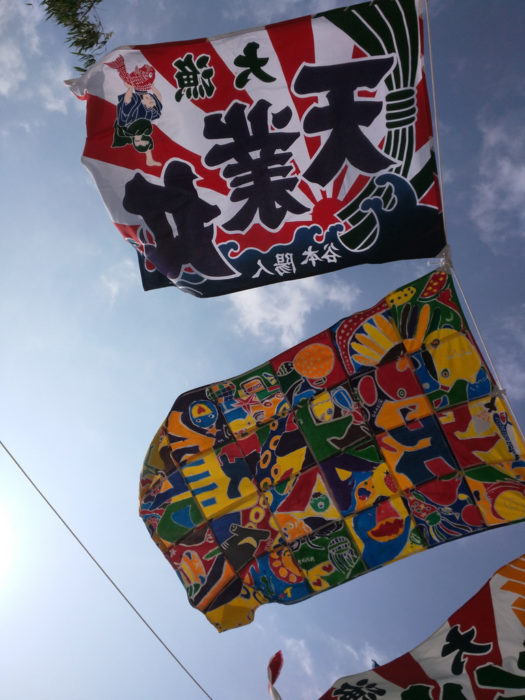 The flag I painted last summer – with 23 other people – flying high and proud (and in reverse too).

In the end, all went on without a problem, despite the wind making the whole thing much tamer than I can be. It was still a lot of fun, and I hope I’ll get to hop on a fishing boat again in the near future. 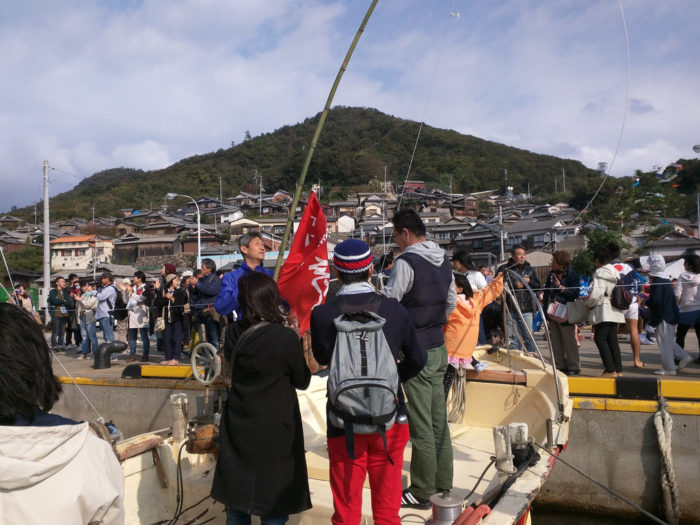 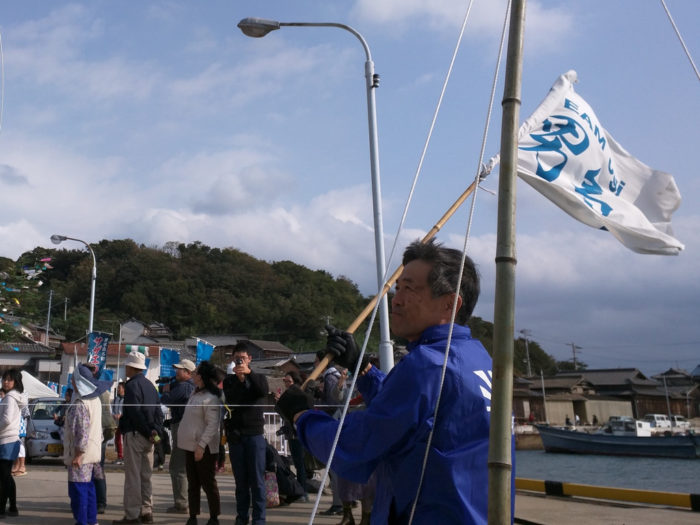 Fujiwara-san, of Team Ogi, and our boat’s flag bearer.

After the end of the boat dance, the festivities were far from over. It was time for the Shishimai – or lion dance – a ubiquitous matsuri feature on Shikoku (and elsewhere in Japan too, I assume). The Ogijima shishimai almost disappeared a few years ago, but the new residents took it upon themselves to learn it and perpetuate it. More details about it in a future post, in the meantime, enjoy:

And to make sure the tradition perdures, the youngest generation is learning it, and performing it in public for the first time (hence a certain stiffness among the boys under the shishi): 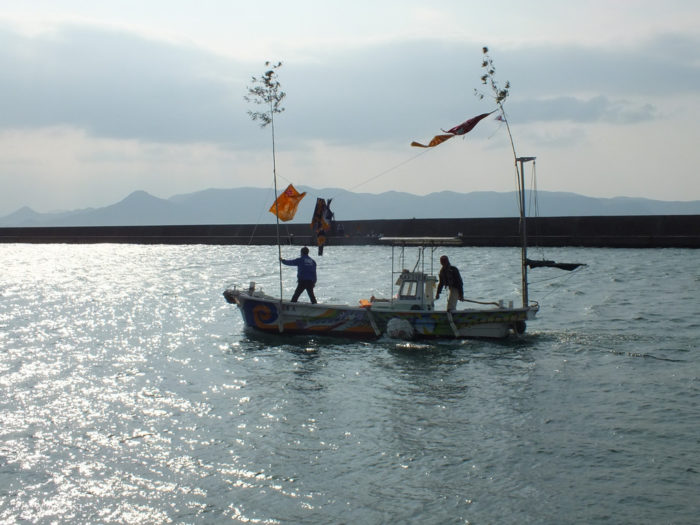 The boats returning to their regular mooring spot. 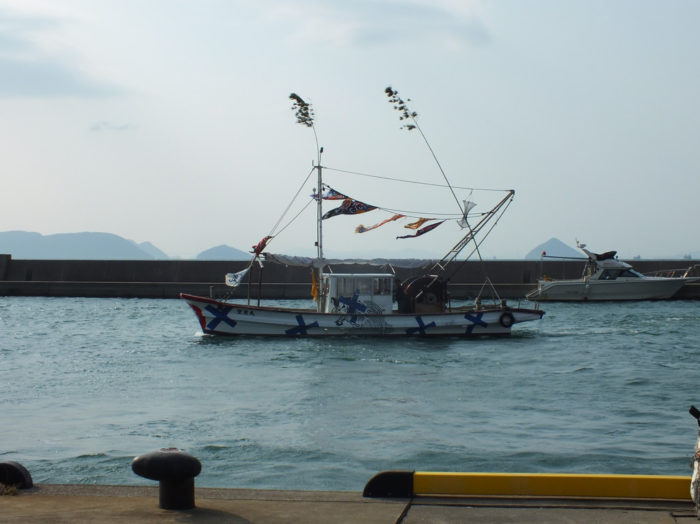 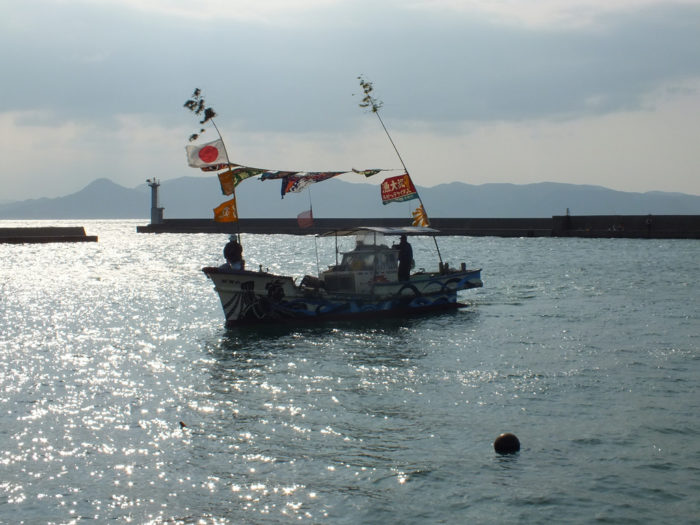 The day was far from over…