This post is somewhat special as it is the one where I tell my very first visit to Ogijima, the island that gave its name to this blog. It was originally written in 2009, shortly after my trip there. I’m copying it here (with some editing).

We were on May 23rd, 2009. It was a Saturday and our plan of the day was something I had wanted to do ever since I knew I was going to go to Takamatsu, because I too can be a stupid fanboy at times.

What am I talking about?

“What? What is that? Ogijima?” wonder my readers at that moment. (remember, I originally wrote this two years ago on an old blog, I assume you guys know what Ogijima is by now, but I liked this line so decided to keep it. 😉 )

Ogijima is a very small island (less than one kilometer wide and two kilometers long; that’s about half a mile wide and barely more than a mile long for you Americans) located a few kilometers north of Takamatsu. About 200 people live there and there isn’t much happening on it (I beg to differ with that statement I made two years ago, as you know more and more is happening these days).

So why did I want to go so badly? A question that 康代’s family asked. 康代 had asked the same question too, the first time I told her about my wish to visit the place; and she thought that I was a lame fanboy upon hearing my answer.

And the reason is Battle Royale!

Contrarily to what you may think now, Ogijima is not where the film was shot, it is where the action takes place!

Yeah, I know, Battle Royale is supposed to take place on a fictitious island. And while no mention of its location is made in the film, the novel locates it quite well. Also, that fictitious island is named Okishima.

If you know a thing or two about phonology, you know that g and k are phonetically extremely close, same thing goes for j and sh.

If you know a thing or two about Hiragana, you know that both writings are extremely similar (that and the fact that -shima and -jima are pretty much interchangeable in Japanese).

If you don’t know anything about this, let me show you:

My theory is that the author, Kōshun Yakami, made those changes and created a “fake” island inspired from a real one, instead of just choosing a real one, in order to not get into any trouble and/or not to offend anyone as the topic of his book was somewhat controversial.

However, as you’re about to see in the following pictures, similarities between the islands are many. Things are not always located on the same spots from one island to the other, but they’re all there.

Let’s start with an aerial view of Ogijima (I lost the source of this picture, I hope that won’t get me into trouble): 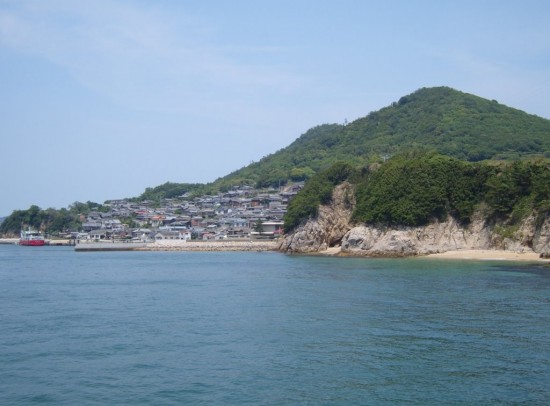 Discovering Ogichō, the island’s only village:

On the way to Ogijima’s Lighthouse

Ogijima’s Lighthouse and its beach. 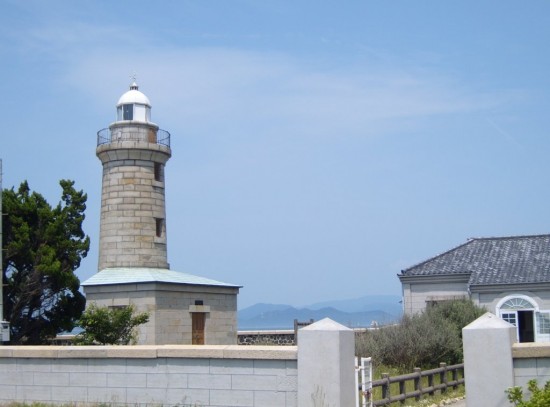 Small pop quiz: Do you know what these are for?

Finally and sadly, it was time to leave Ogijima. 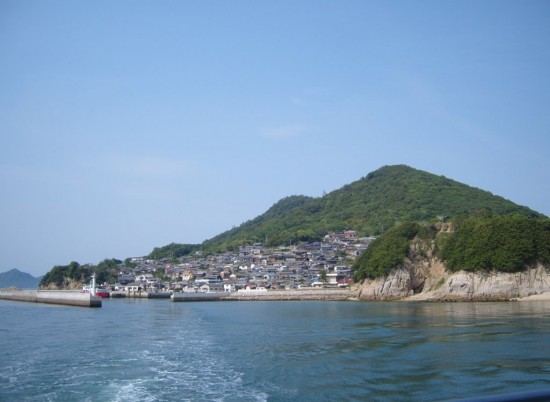 Last nod to Battle Royale, fans will have recognized the school and Mimura’s barn above it: 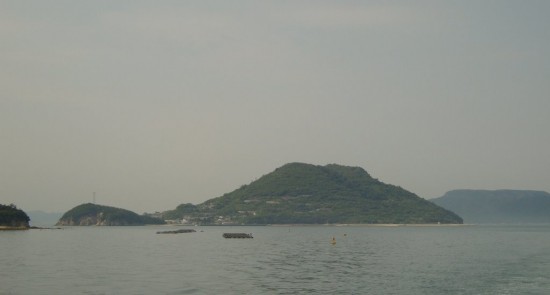 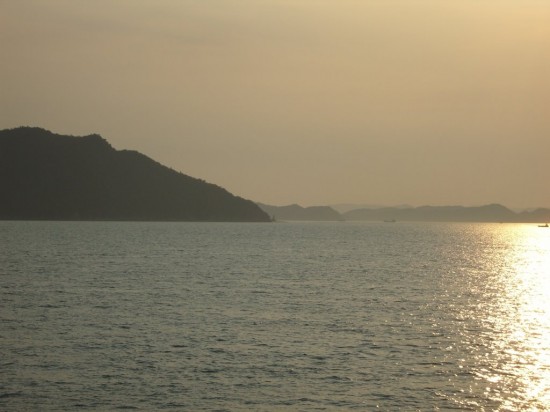 You know the rest of the story. I went there as a fan of Battle Royale, I left as a lover of the actual island, to the point that today Ogijima is not synonymous to Battle Royale in my mind anymore. It is synonymous to this sweet island where I hope to live someday, even though it’s not a realistic option… yet… 😉