Alright people, after this week’s little computer adventures, it’s time to go back to our normal programming on Ogijima and to do so, what better than a Setouchi International Art Festival artwork, but not any of them, as today I’m going to tell you about Ogijima’s Soul (男木島の魂) by Jaume Plensa, a piece that is poised to become a landmark in the area as it’s also a permanent work, and it’s more than just a piece of art as it is also a building and its function is as much utilitarian as artistic. 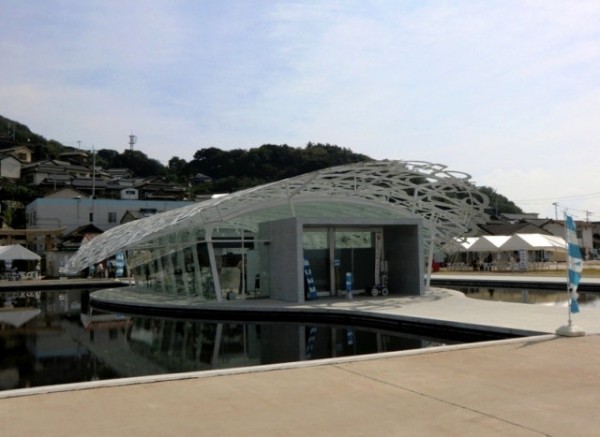 As you have most likely guessed, Ogijima’s Soul is the new Visitor’s Welcoming Center on Ogijima. During the Festival, there was an information desk, a small boutique where you could buy “Official Licensed Products” of the Festival and a tiny kitchen where an old local lady served dishes such as Udon and Ramen. She also sold Ogijima T-shirts! I had no clue there were such a thing as Ogijima T-shirts, I mean, there were no island dedicated T-shirts on the other islands, I’m not even sure I’ve seen Naoshima T-shirts there, and that’s a big tourist destination… I assume that a local had the idea to make them for the occasion. And they were really cool indeed. Of course I bought one, there was no way I would have left without getting one, even though the only ones that were at my size (I’m considered XL in Japan, while I’m a L in Europe and somewhere between a M and a L in the US) were white. I’m not a huge fan of white T-shirts, I wish I could have gotten a blue or black one, but in the end, I just had to have an Ogijima T-shirt! I promise to post pictures here soon. You’ll just have to wait for the weather to get warm again. 🙂

When I visited it, the building also hosted the elements of Karakurin (art from the Festival) that survived the fire that destroyed a couple of houses a few weeks earlier (as well as Oscar Oiwa’s work). 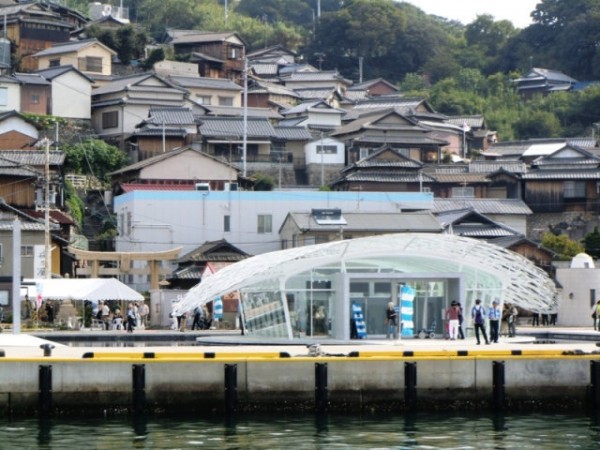 Ogijima’s Soul’s roof is a metal lace made of various letters, characters and ideograms coming from many languages in the world. None of them form any legible words (I think that’s part of the point, so that not one nation or language is put above the others), and the result is simply stunning, especially with the pond surrounding the building and that make it look like some sort of seashell associated with its reflection in the water (after all, Ogichō is a fishing village). On sunny days, the shade from the letters creates a secondary lace on the floor. At night –unfortunately I only saw pictures- the lighting of the building literally makes it shine and it almost becomes a lighthouse. 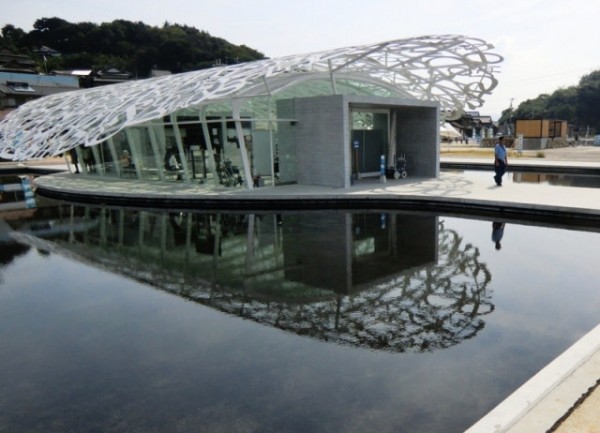 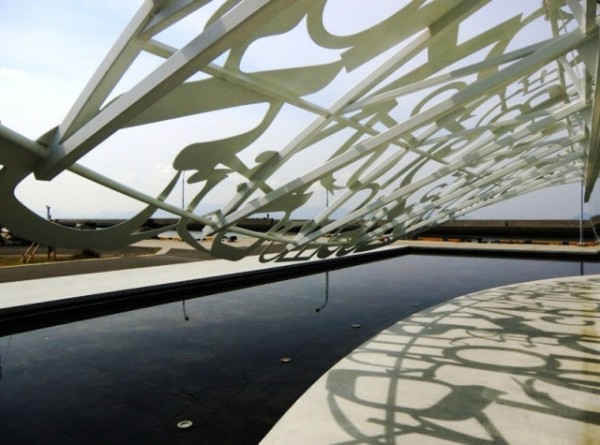 Just one little caveat, concerning the building’s practical aspect. I’m afraid that in the Summer it gets really hot inside and it is most likely very cold in the Winter. Not a big deal for visitors that just walk through it, but I feel bad for the people that work there and have to spend their days inside it. 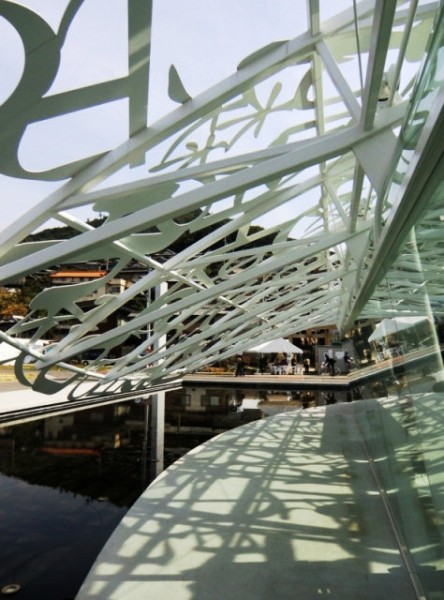 Since the end of the Festival, I’ve heard that Ogijima’s Soul is mostly used by the locals as a meeting room, or more simply as a place to hang out when the weather is not good enough to meet outdoors. 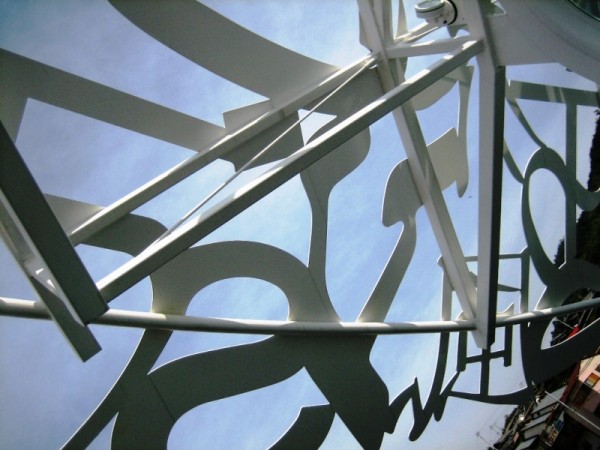 All in all, Jaume Plensa‘s Ogijima’s Soul is a wonderful piece of art, that could really help Ogijima into becoming more of a tourist destination (at least a little), a piece I will tell you more about for sure, as it will always be there and I suspect that it could even become Ogijima’s landmark one day (or at least give some serious competition to the lighthouse). 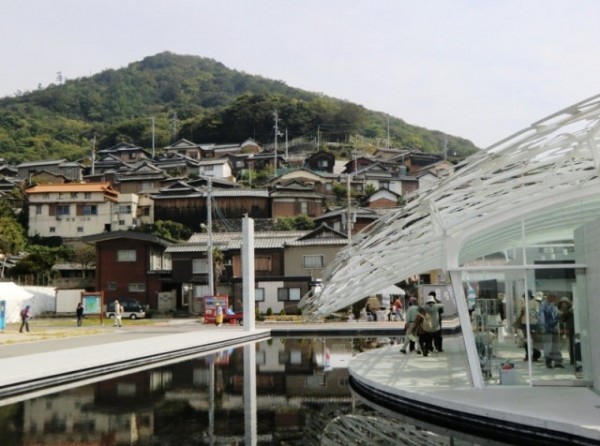 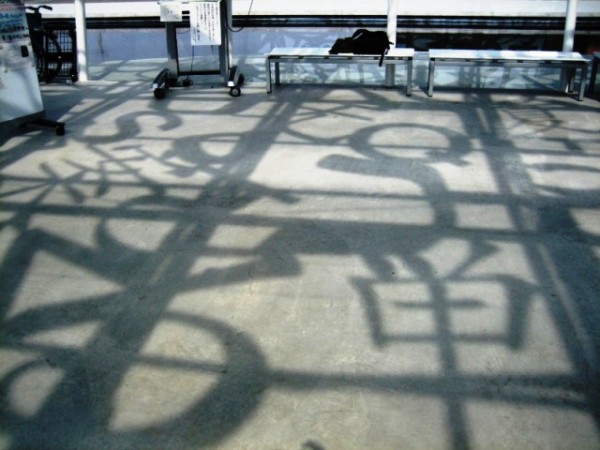