So, this post used to contain a music video directed by McG and Takashi Murakami and starring Kirsten Dunst covering the song “Turning Japanese“.

It was called: Akihabara Majokko Princess.

You see guess what it looked like from this picture: 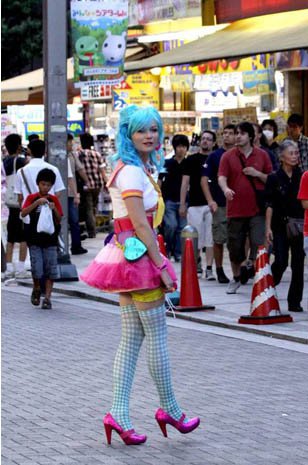 The problem is that it was taken down from the internet today by Kaikai Kiki, Murakami’s company/artists collective.

I’m sure that if I look hard enough, I can find it somewhere else, but I won’t bother.

This incident shows how disconnected from everything some companies and unfortunately some artists are nowadays with their obsession with copyright and internet sharing.

You’re not a real artist Takashi Murakami, you’re just one of those profiters who are way too numerous in artistic and entertainment circles.

Well played Takashi Murakami. This video made me want to know more about you and your works. I’m now officially boycotting you, and will give you as much bad publicity as possible.