It’s often the same problem during the Setouchi Triennale, I’m too busy to blog. Of course, every day that turns out to be a free day is used to visit some art, and then at night, I’m just too tired to write anything. This time, add to that the fact that I have family from France visiting and they’re sleeping in the room where my desktop is, and you get several days without writing at the moment when I should be posting the most.

Let’s try to fix that at least a little bit with some pictures from last Saturday when I spent the day on Ogijima and managed to see all of the art of the island plus more in one single day. I don’t think I had done it since 2010 (did I even see all of the art of Ogijima in 2010? can’t remember). However, you won’t see pictures for all, some I didn’t take pictures (Onba Factory, Lighthouse Keeper, Walking Ark, Dreaming of Blue), and one new art that I really don’t like, so no pictures.

However, let’s stay positive, it’s Ogijima we’re talking about after all.

We started with a nice lunch at Bistro Iori, which possibly serves the best food on Ogijima. It’s owner, Maeda-san, used to work in a big French restaurant, somewhere in Japan (Osaka maybe?) and decided to change his life and moved to Ogijima. However, he didn’t give up on French cuisine, so he opened a restaurant on Ogijima that serves mostly local food prepared French-style. You know how picky I can be with French food outside of France, and I warmly recommend you to give it a try. You’ll thank me later. 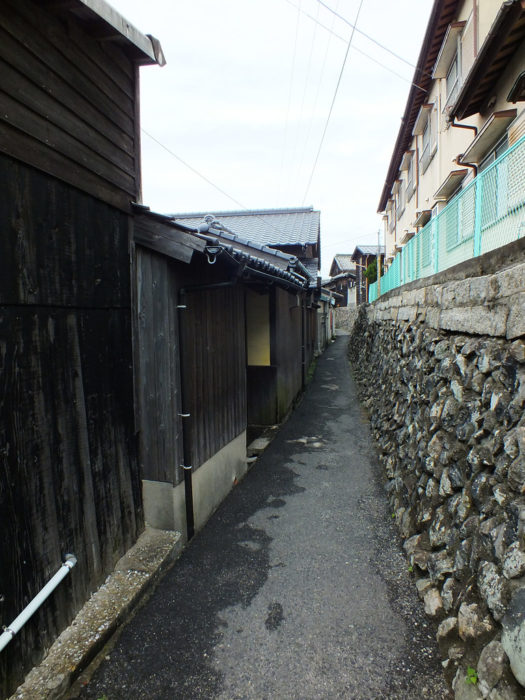 Next we headed to the Ogijima Library and… 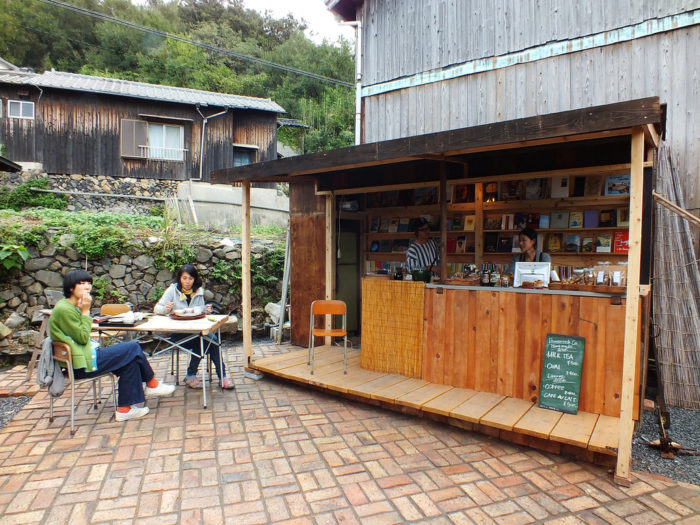 … “The Old Man and the Sea“, the brand new (opened last week) terrace/café/bar of the library. Something tells me that it will make the place an even more welcoming spot and it’s becoming the “in” place to hang out on Ogijima. Pictured are the staff members, in the middle, seated at a table is Junko Fukui who is the initiator and the director of the Library. I’m not too sure how OK the other people are with having their name out and around, so I won’t mention them unless they tell me otherwise. 🙂

Next we headed to the Group 1965‘s Ogi School PSS40, the fake school that the Group 1965 opened on the island, after they had to vacate the real school when this one reopened. 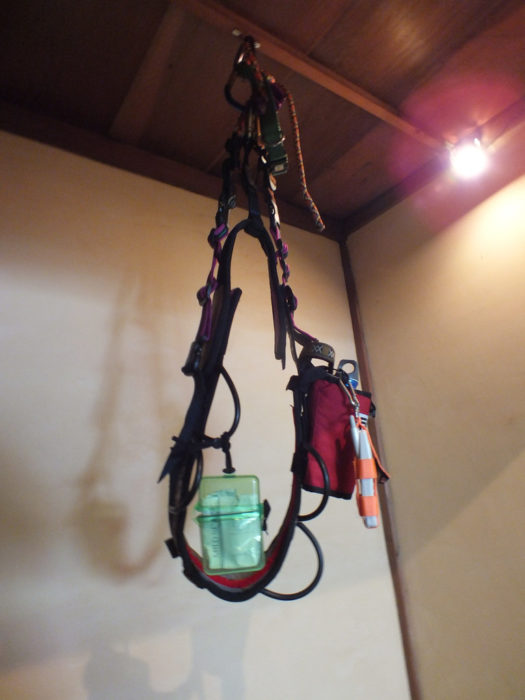 The “device” made by Makoto Aida in the student’s bedroom. It’s hidden in the closet so that his mother doesn’t imagine it’s something to hang oneself with… Yet, it could be… or not… (you need to visit the place or be very patient with me, if you want to know more)

Regila, the Sky Monster, made during a workshop led by Hiroyuki Matsukage last summer. 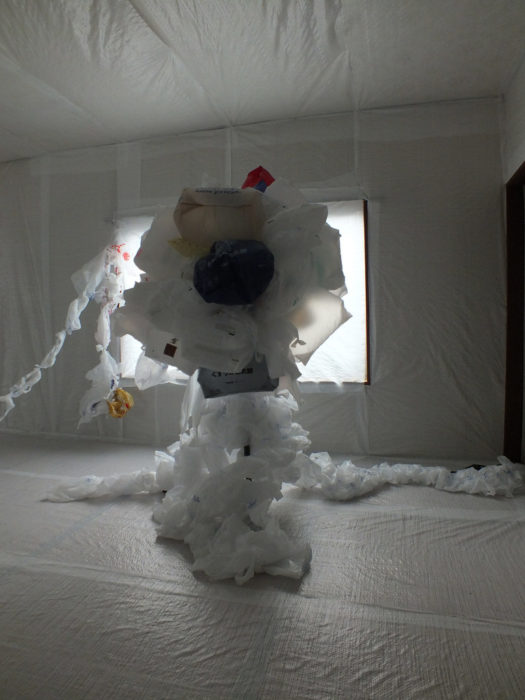 Last summer, Makoto Aida spent a month on Ogi (and I managed to miss him), here is a picture of pictures about what he did there: 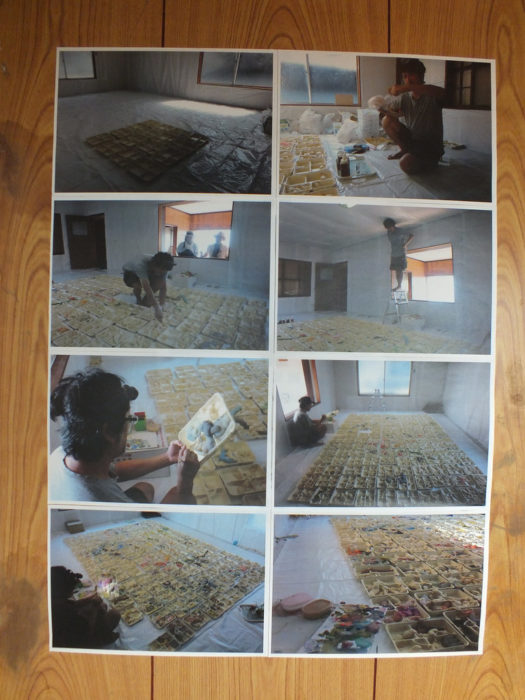 Parco Kinoshita was there, leading one of his wood-kapp and wood-wild boar sculpting workshop: 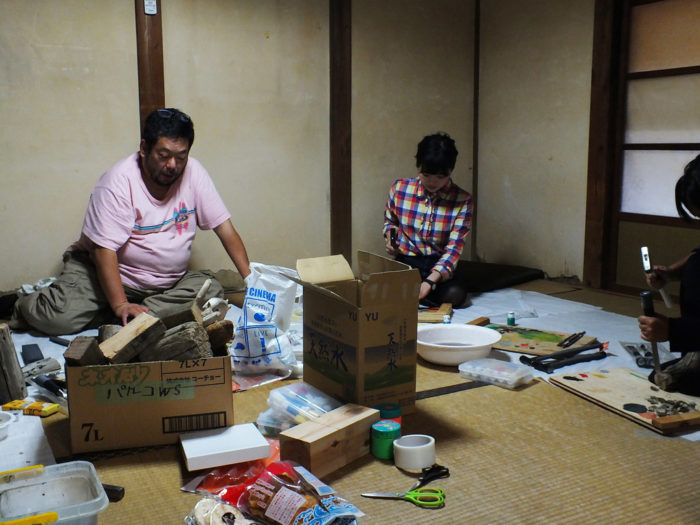 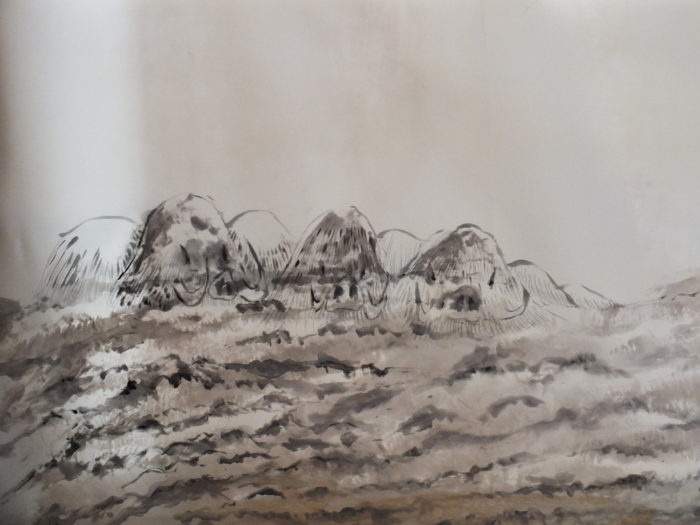 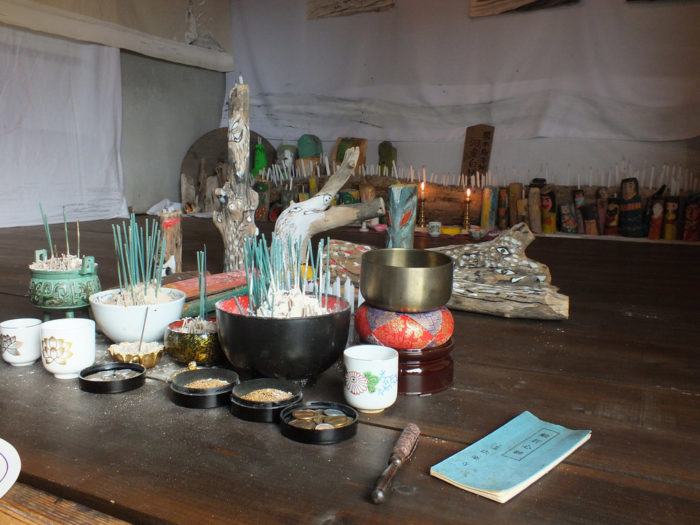 The wood-kappa and wild boar shrine

Next, we went to Takeshi Kawashima and Dream Friends Gallery to enjoy is Kaleidoscope Black & White. 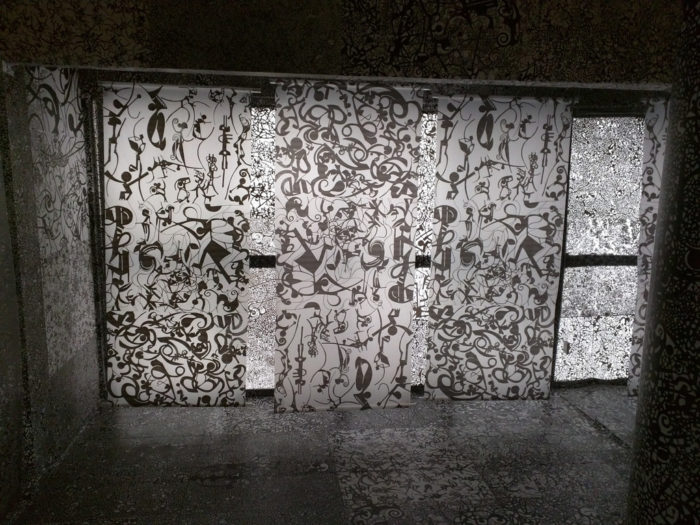 (don’t tell my mom she’s on the internet) 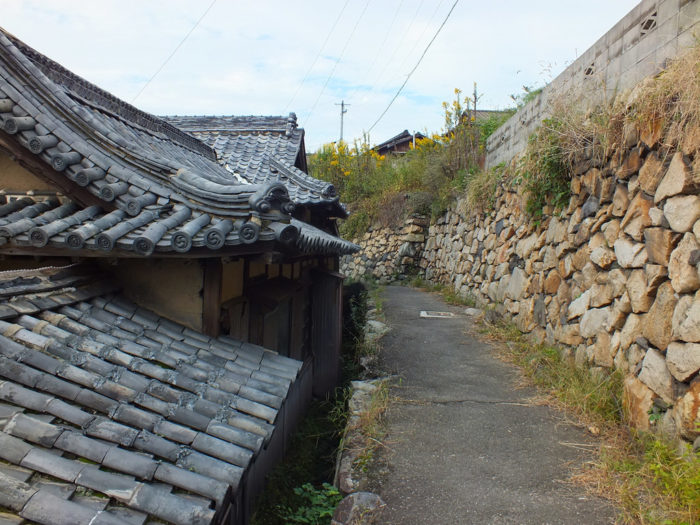 When you go to Akinori Matsumoto‘s Akinorium, look on the left side of the house upon entering. There’s a nice little exhibit of ancient daily tools and things: 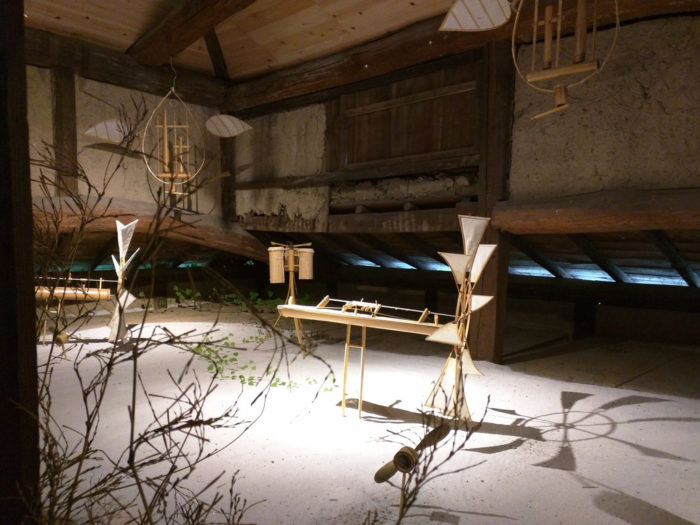 Akinorium is such a wonderful work of art.
Ogijima is lucky to really have some of the best art of the Setouchi Triennale. 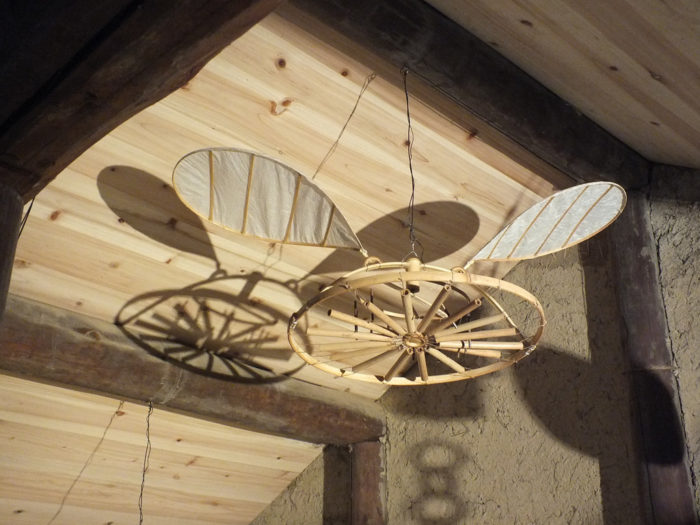 Of course, to fully appreciate it, you need movement and sound too. I’ve got you covered. 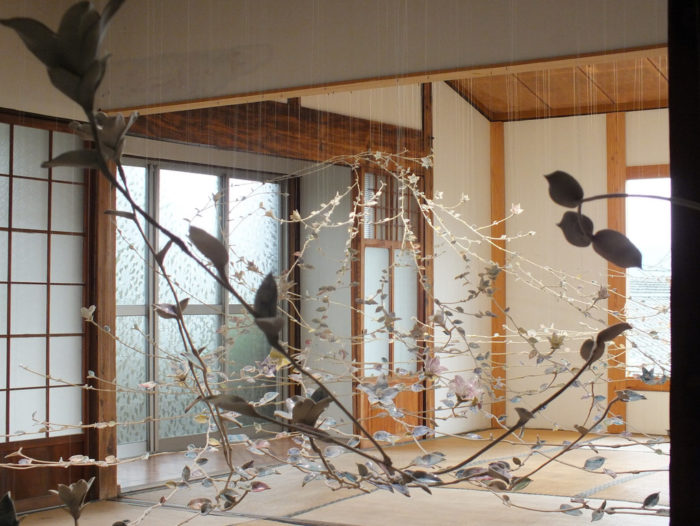 Another wonderful work of art, Sea Vine by Haruki Takahashi.

And another one, simply one of my very favorite artworks of the Triennale:

Unfortunately, we need to break the streak of amazing works of art here, as the following one is terrible (I originally used another less pleasant adjective). I’m talking about Rotation – Revolution. Not only the installation is ugly, it has no obvious meaning (sure, works of art don’t have to have one), and where other works of art celebrate the island in one form or the other, this one feels like it desecrates it. That feeling is made stronger by the fact that the artist, taking objects from abandoned houses to build her… things…  took some very old and very traditional (understand: culturally precious and important) urushi bowls, and she broke them in order to make her installation. It has angered some people on the island, and that’s a shame when you see how so many artists embraced the island in so many different ways. It feels that that artist pretty much spit to its face instead. So no pictures, and hopefully, I’ll never have to talk about it again (I really hope it’s not supposed to be a permanent installation). Note that it was recently damaged as parts of the roof collapsed, I call karma.

OK, let’s return to much more positive things, with Maison de Urushi that I don’t visit often enough and that is always a wonderful place to see and to be in: 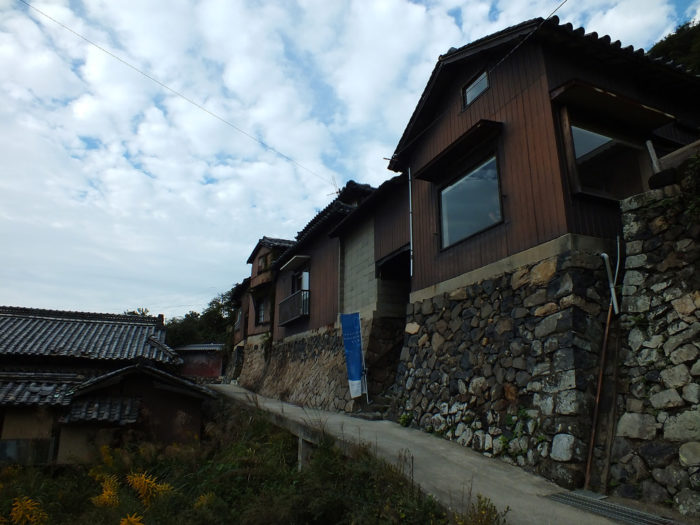 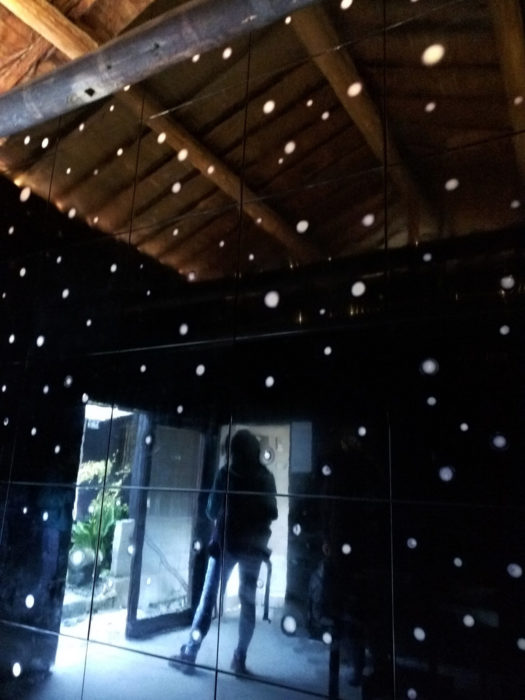 The White Room (with the Orange Closet, don’t miss it).

Next, we’re heading to another favorite of mine, Oscar Oiwa‘s Room Inside of the Room: 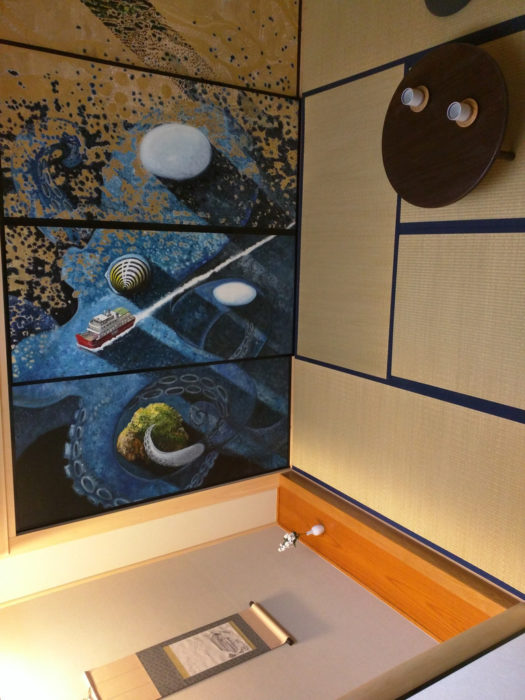 Nearby, some familiar faces were hard at work, renovating an old barn to turn it into a future cool place in the form of a co-working space: 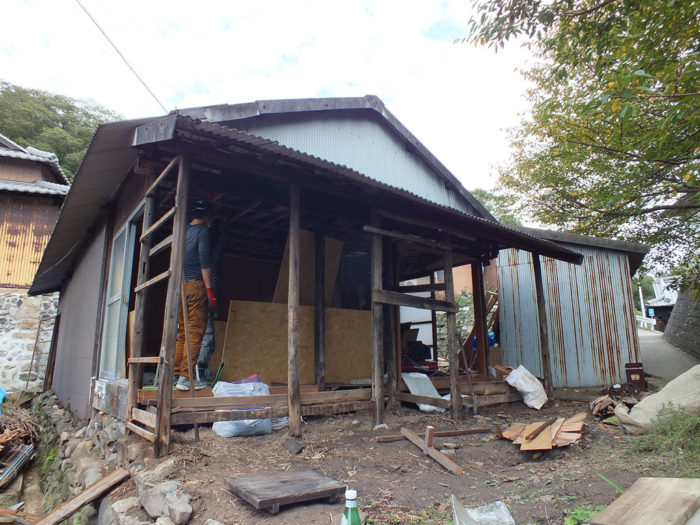 No pictures of Onba Factory this time (it’s probably the only time I went to Ogijima and didn’t take a picture). Sorry. 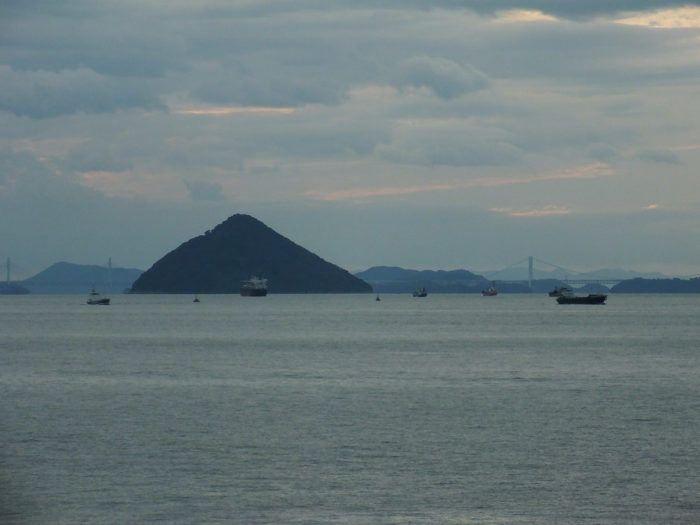 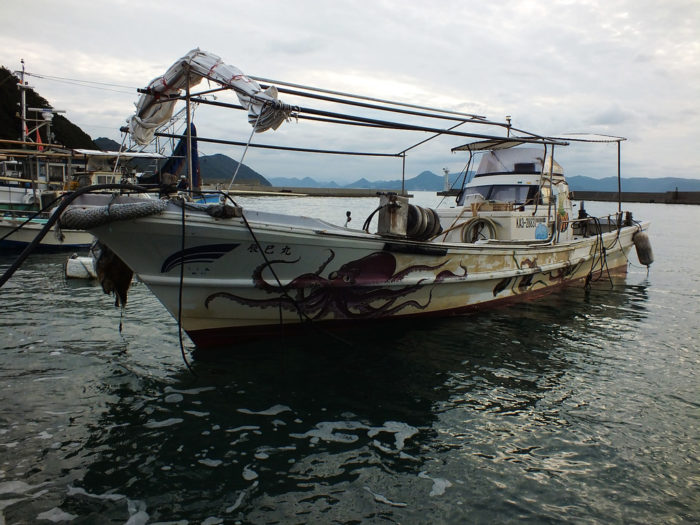 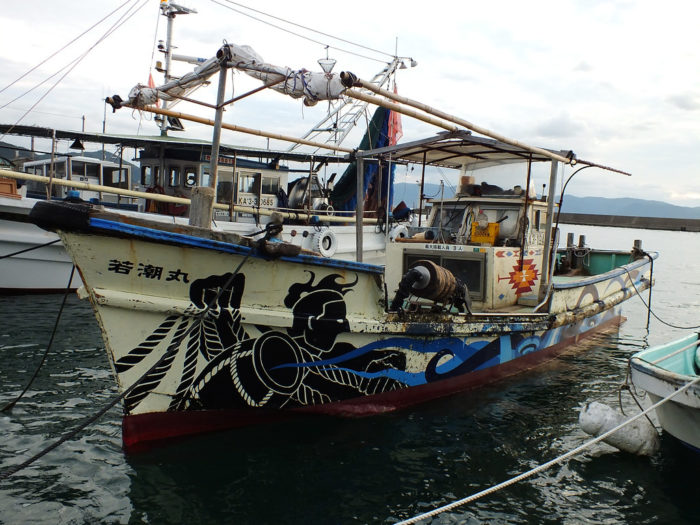 Some of the ten boats of the “Team OGI fleet”. 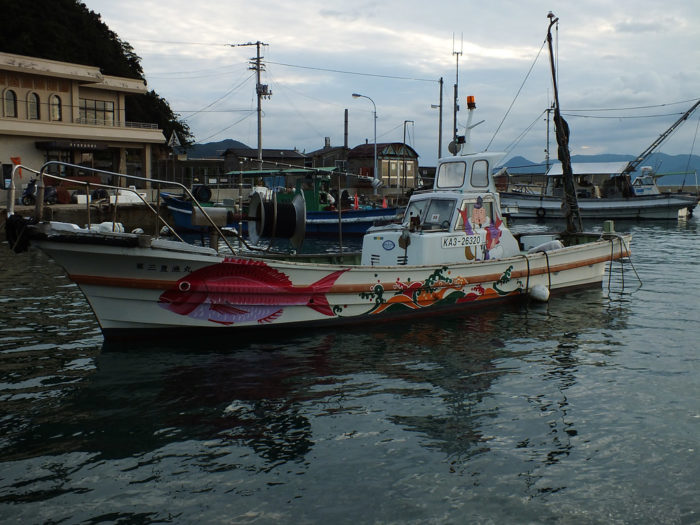 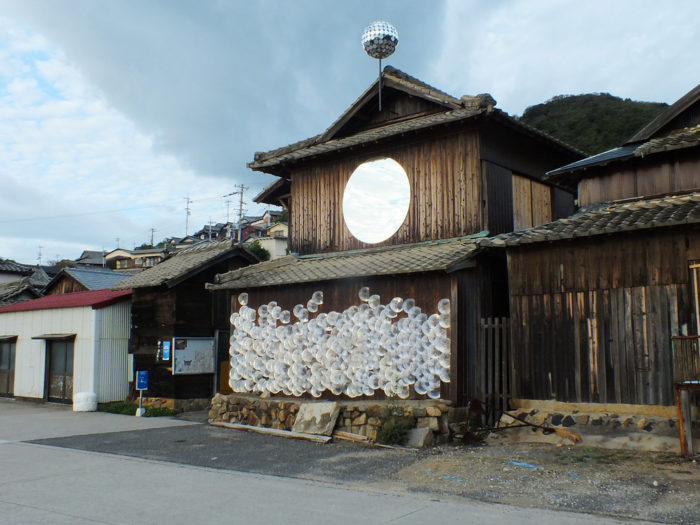 The outside of Lighthouse Keeper by Minouk Lim. Pictures of the inside will be for another day. 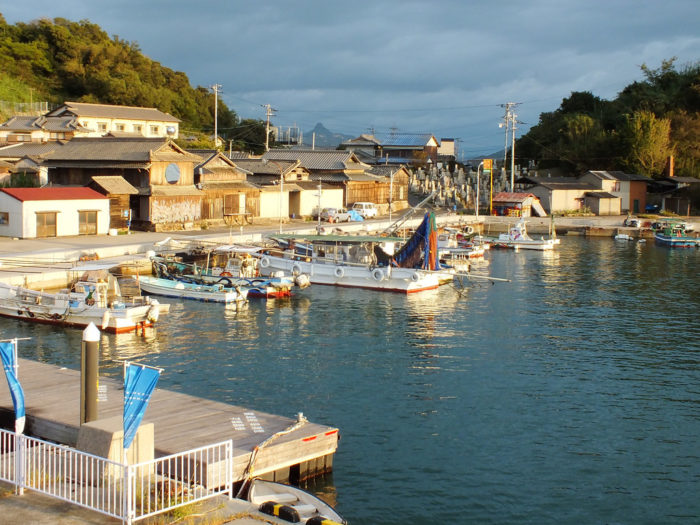 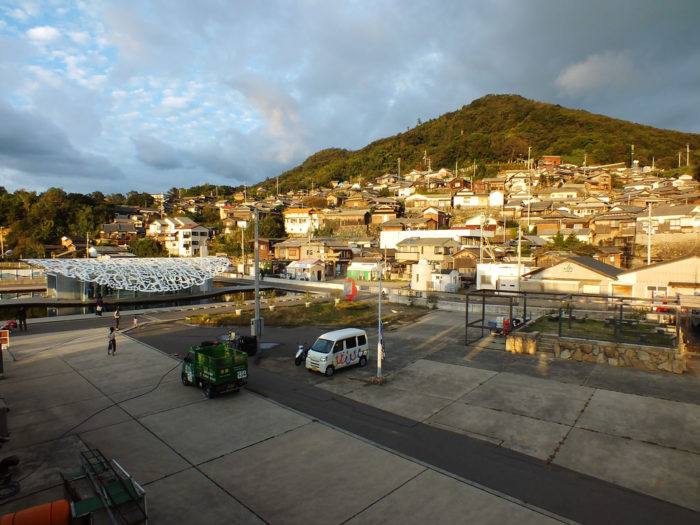 Bye bye Ogijima, see you soon (I should be there for the last day of the Setouchi Triennale). 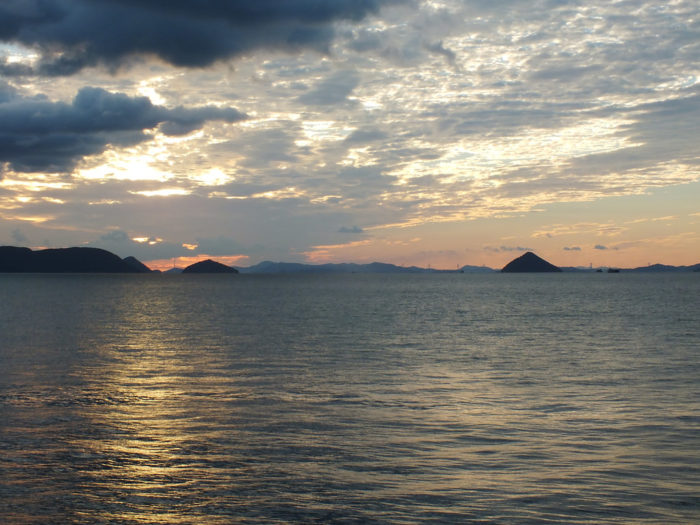