Sometimes, I’m worse than the white rabbit. I should have posted this late April, early May… Oh well, better late than never, and it’s not even exactly “late” as I’m going to tell you about one of the new artworks of the Setouchi Triennale 2016! (see, I’m even early actually).

Indeed, Akinori Matsumoto‘s Akinorium (アキノリウム) is the latest Art Setouchi artwork (as well as the second new work for the next festival to be open – the first one being on Naoshima, I haven’t seen it yet).

So, last Spring, on April 29th to be precise, was the day Akinorium opened as well as the day I visited it for the first time, after missing the inauguration ceremony one month earlier for a silly reason.

If you’re interested in the inner workings of the Setouchi Triennale and Art Setouchi, know that this artwork as the particularity to be managed (and owned? I don’t know) by the Ogijima community, and not by the usual organizations that manage most of the art (in short, Benesse on Naoshima, Inujima et parts of Teshima, Setouchi Triennale Committee elsewhere). While it seems like a technicality, it is actually important. This too, is a sign of revitalization of the islands, as one big part of this revitalization goes through the Islanders taking things into their own hands more and more and as much as possible, including the art itself (it’s actually one of my main criticisms of Benesse – as opposed to the Triennale’s Committee – I feel that it doesn’t include the local communities enough in its projects, but that’s for another day). One almost can say that the Setouchi Triennale will be a total success the day it won’t need to exist anymore (I’m slightly exaggerating here).

Mmm… I’m noticing that some of you are starting to get bored with my ramblings, so let’s head straight away to today’s topic:

Akinorium is more or less a “remake” of one of the original artworks from the Triennale, back in 2010, when it was still called the Setouchi International Art Festival (fun fact: that’s actually still its name in Japanese, the official name was only changed in English, the original one was too long I guess). It does look a lot like Sounds Scenes in Ogijima (fun fact: it’s the very first artwork I had heard of back in 2010 before visiting the festival), but don’t get me wrong, I’m not alluding to any sort of plagiarism here, the author of both artworks is the same person : Akinori Matsumoto. (I understand that he has created these “sound scenes” in several places all over Japan).

The installation was designed and built along with the island population during a series of workshops that were held last winter on Ogijima.

Since the first minutes I saw it, Akinorium has almost instantly become one of my new favorite works of Art Setouchi. And right away, let me give you two important pieces of advice:

But enough talking, it’s time to show you what it looks like.

First of all, I need to give you a few tips to find it. At the time I’m typing these lines, it’s not well indicated yet and it can be a little hard to find if you don’t know Ogijima well (in doubt, always ask a local, they’re always more than willing to help), so to help you find it, here are a few indications. From Takeshi Kawashima & Dream Friends gallery, go up and take the first right, towards Sea Vine. A little before Sea Vine (but after the lower part of Organ, and one of the Wallalley paintings), on your left, you’ll see this – almost handmade – sign (which, I assume, will be replaced by something more permanent and official looking sooner or later): 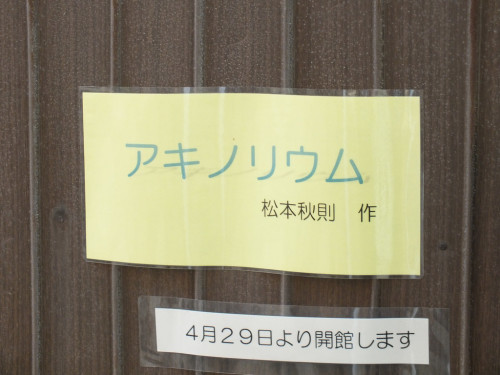 After paying the entrance fee (300 yens) to the person in charge at the moment (notice that it probably won’t be one of the Koebi-tai volunteers, but rather one of Ogijima’s residents, I may even know them, say hi, just in case) and taking off your shoes, you will see this: 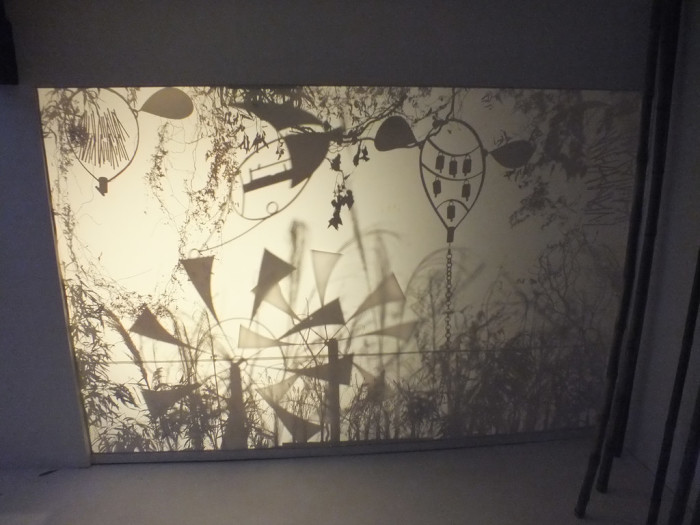 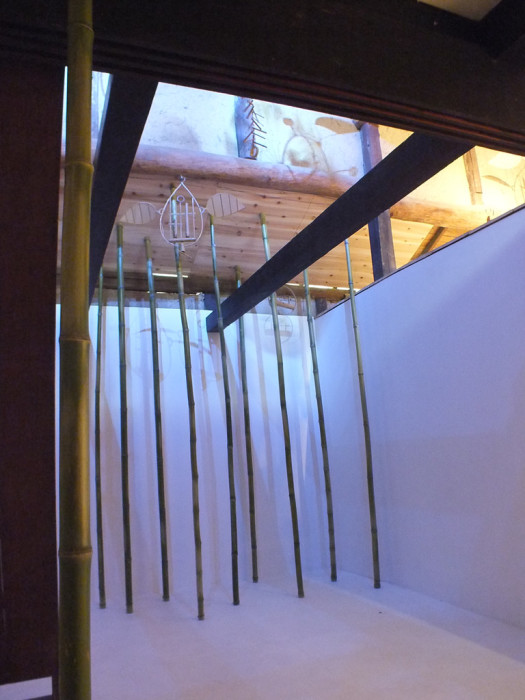 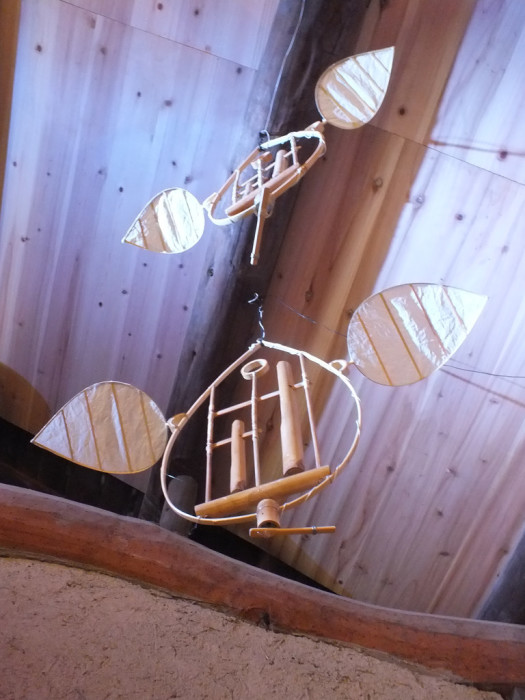 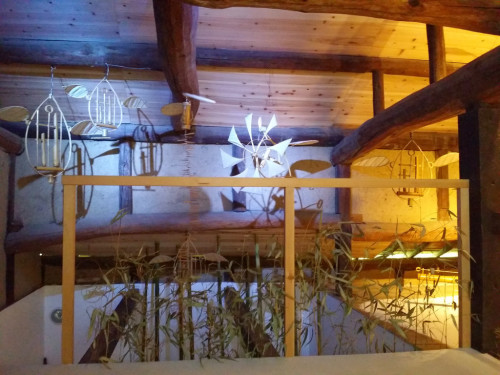 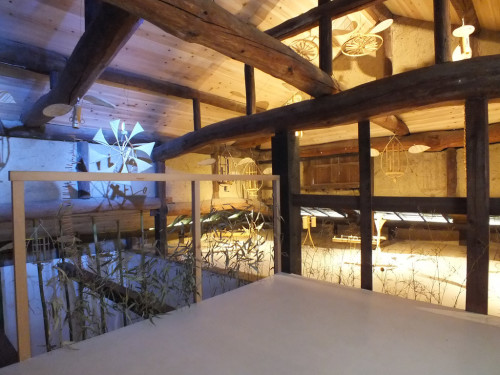 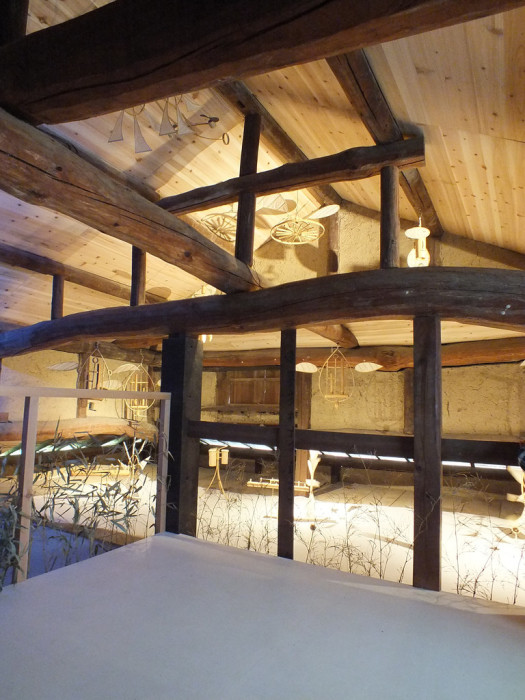 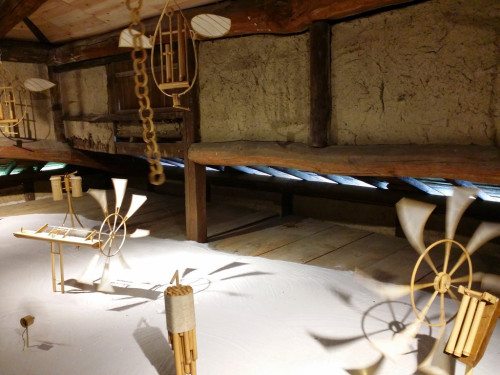 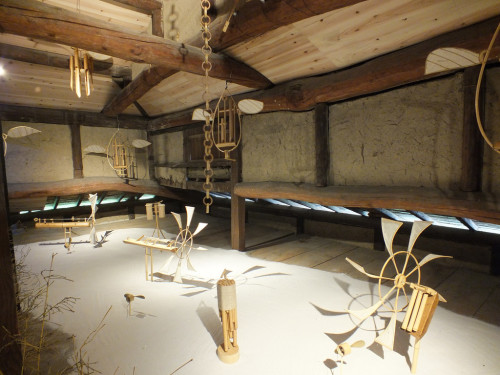 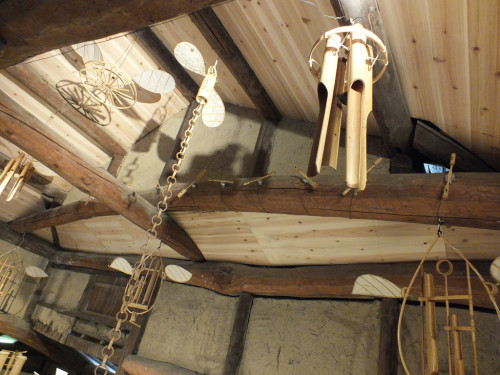 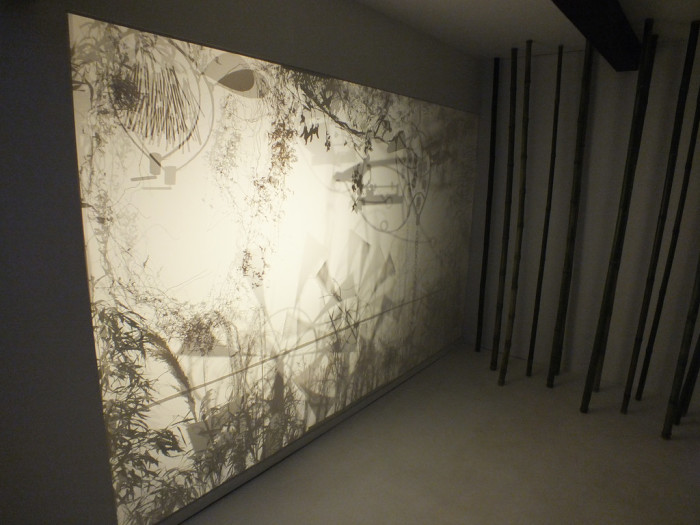 I hope you like those pictures, but let’s admit it, even the best pictures in the world can’t really give you an idea of what Akinorium is really like. A video, on the other hand, can help:

I hope that this post will make you want to visit Akinori Matsumoto‘s Akinorium on Ogijima.

From late March to early November, the artwork is open on weekends and holidays (closed late November to early March, open every day during the Setouchi Triennale) from 11 am to 4 pm. Entrance fee is 300 yens (free for kids).