Today’s Setouchi International Art Festival’s artwork may be the strangest of the festival. Ok, “strange” might not be the best qualifier, or “strange” in the sense that I would expect to see this type of work on a smaller scale – there it was taking a full house plus some sort of shed – and more important, I would expect it to be the work of an art student, still full of teen angst or something along those lines, not coming from a 62 year-old man in such a festival. Because, yes, Birth-Sex-Life-Death-House-Legend in Ogijima (誕生─性─生─死─家─男木島伝説) by Yoshio Kitayama (北山 善夫) is a quite tormented work indeed, and its goal, its concept remains quite unclear to me. 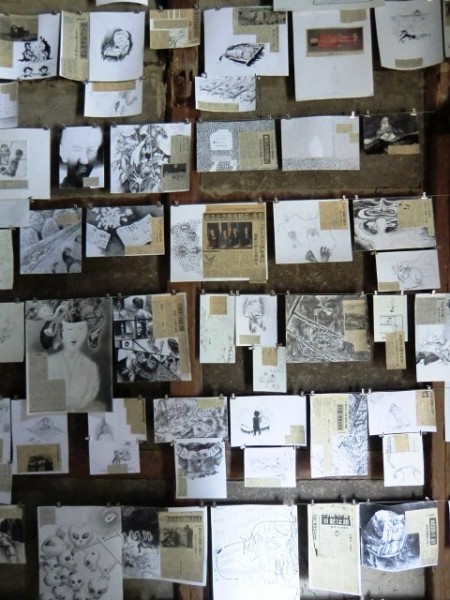 To paraphrase the official guide: the themes of life and death are themes that Kitayama uses often to find his inspiration and in the present case, it’s the legend from the Shinto shrine located nearby that inspired him. It is Toyotama-hime Jinja (豊玉姫神社), a shrine where, back in the days, pregnant women would go pray for a safe delivery of their yet to be born baby.

I can’t really say whether I liked this piece of art or not. Certainly a little bit of both. I find a certain lack of originality in it, a certain lack of maturity (as previously said, I would expect this from a young adult or a teenager, not a man in his sixties). However, I must admit that there’s a certain evocative strength that emanates from the work. In any cases, it really stands apart on Ogijima, where almost every other artwork has a playful, joyful dimension, not mentioning a social one.

To finish, I’ll add that –as you’ll see in a few seconds- this work is really a multiple work as it spread over a whole house where five rooms over two stories where used, plus some sort of big shed near it.

I won’t really comment much on the different elements, I’ll let you form an opinion by yourselves. 🙂 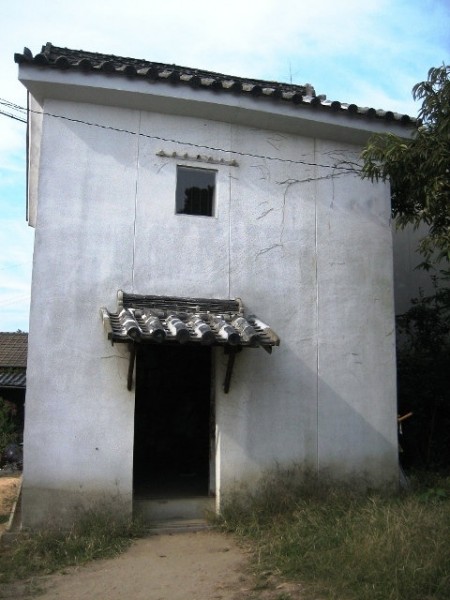 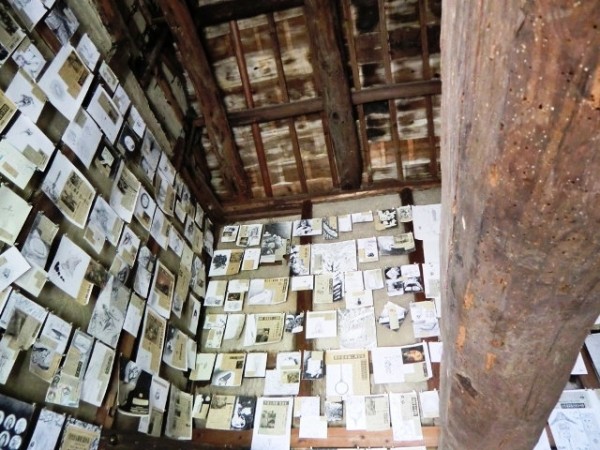 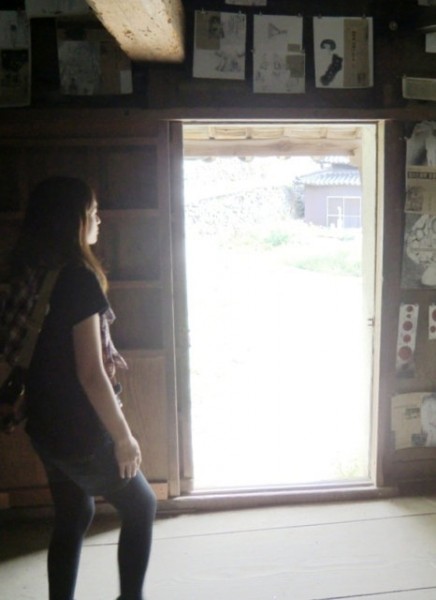 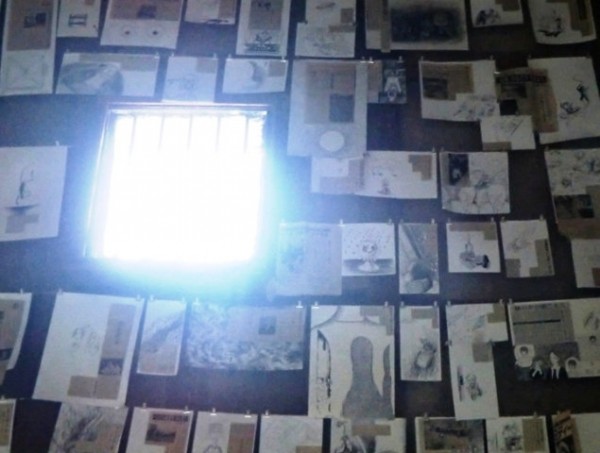 Upon entering the house: 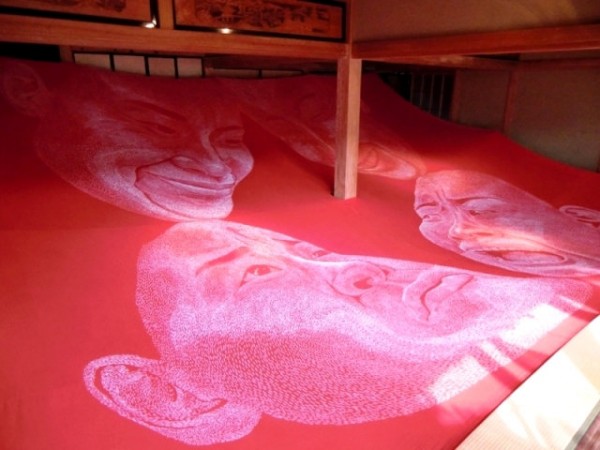 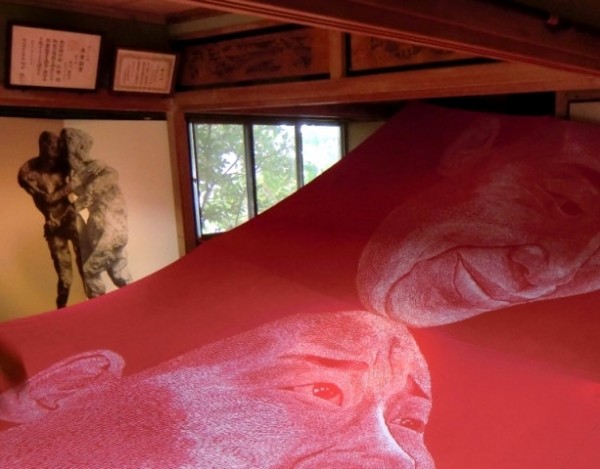 The room to the left: 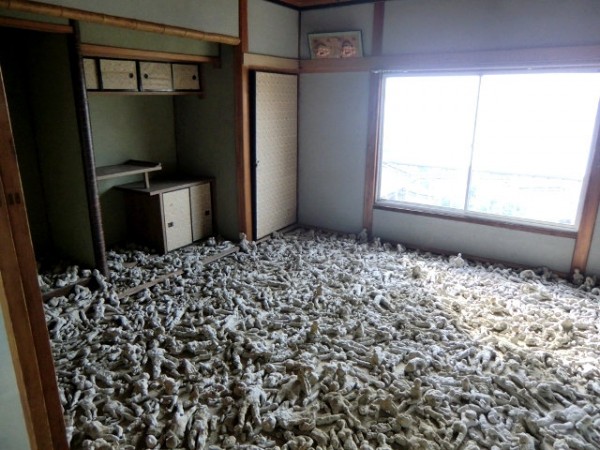 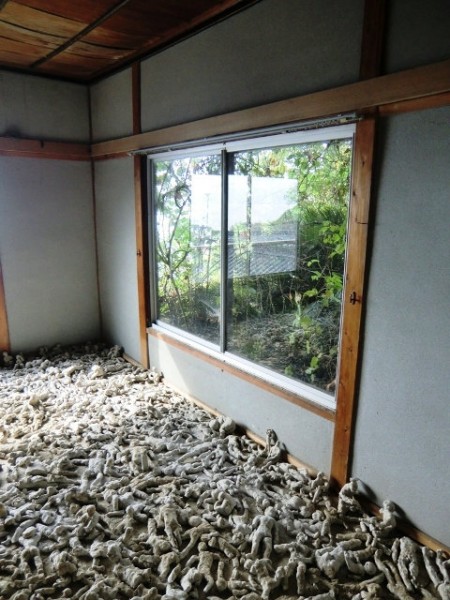 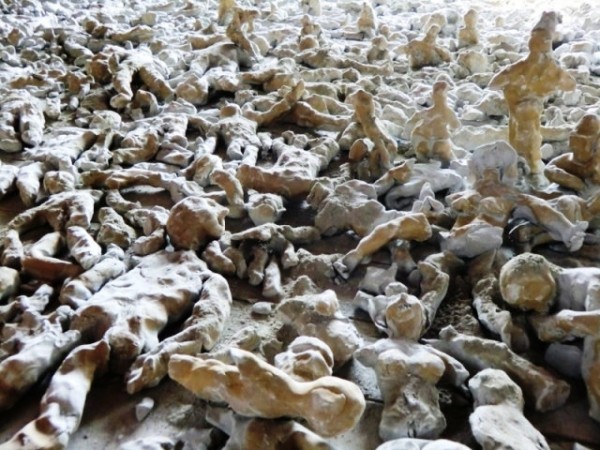 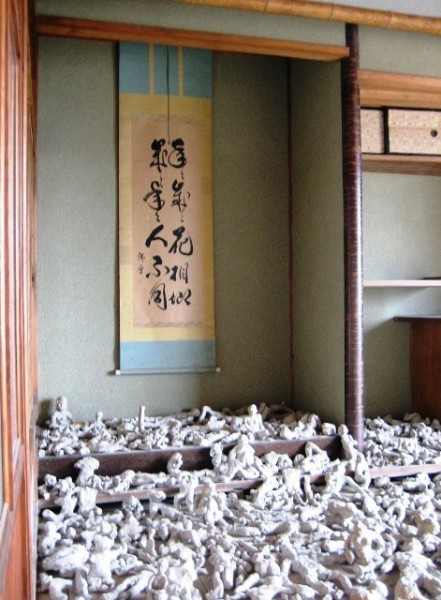 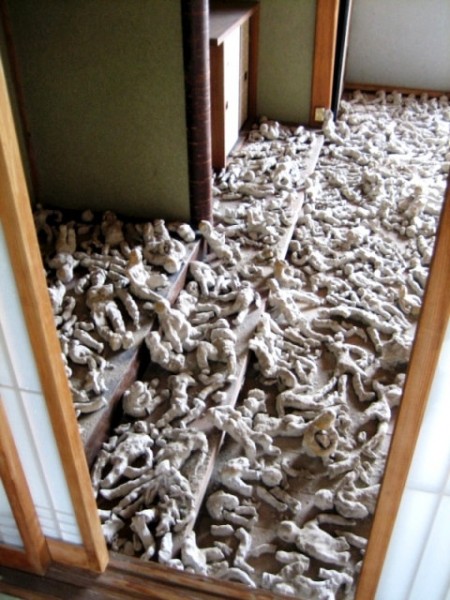 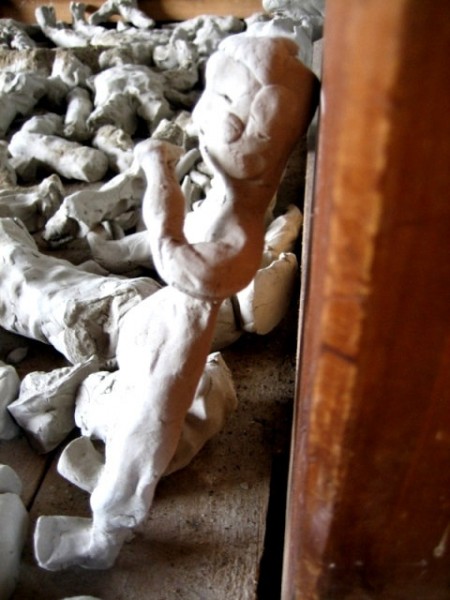 The room to the right
(at first sight, it looked pretty much like a normal room, had not it been for a few details): 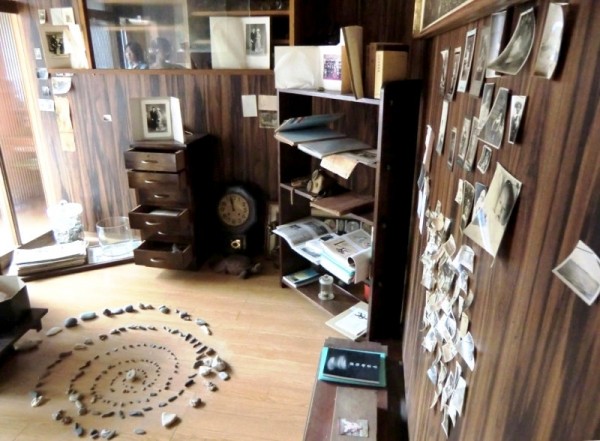 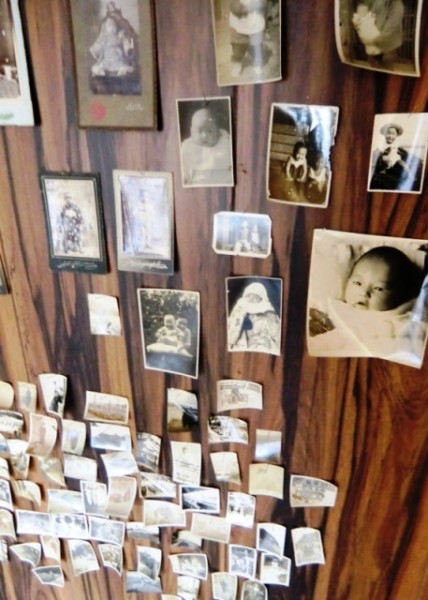 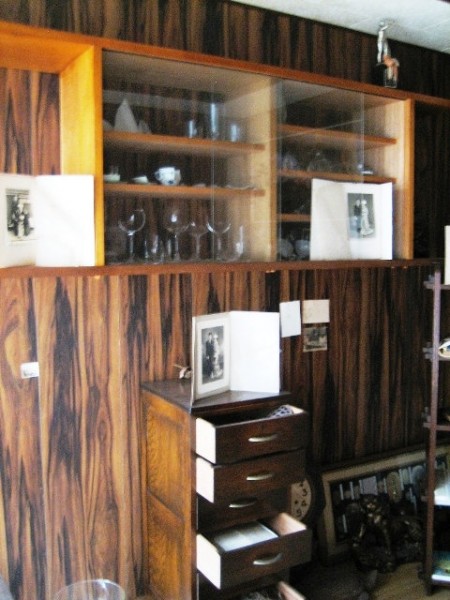 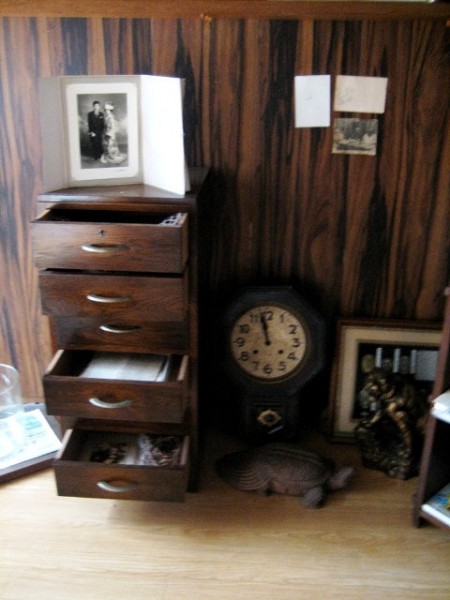 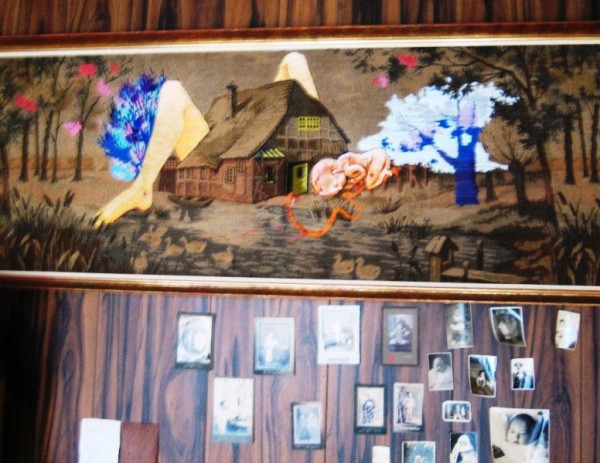 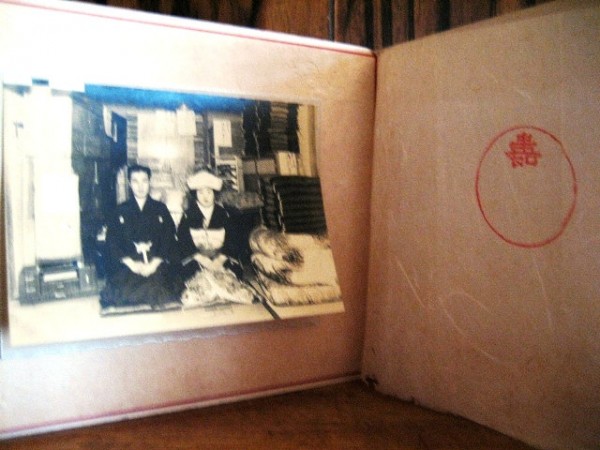 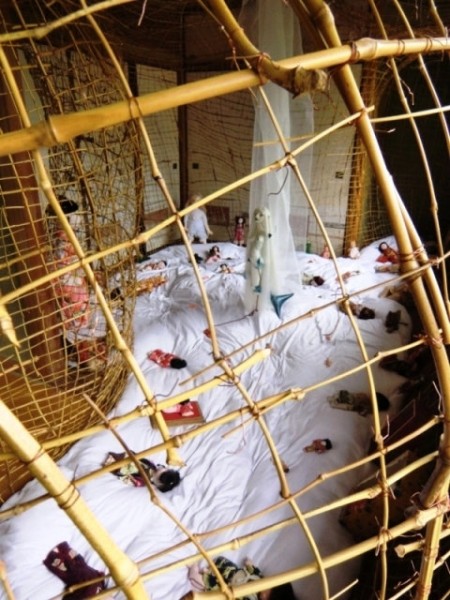 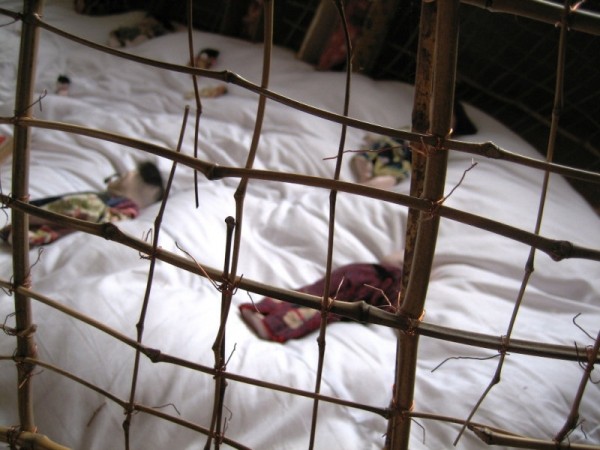 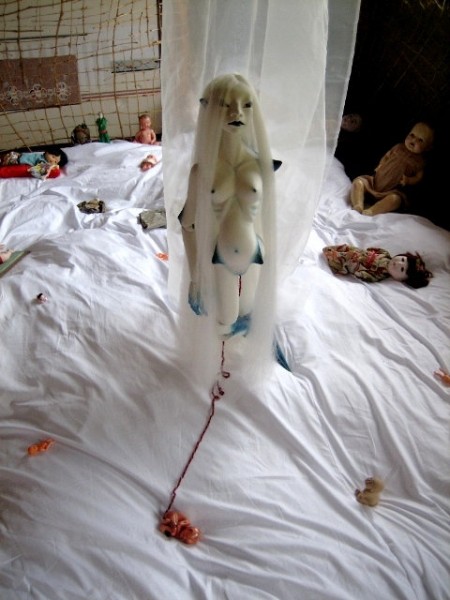 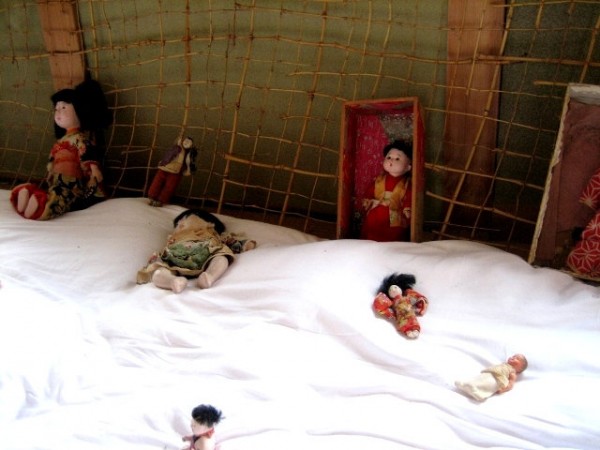 The other room upstairs: 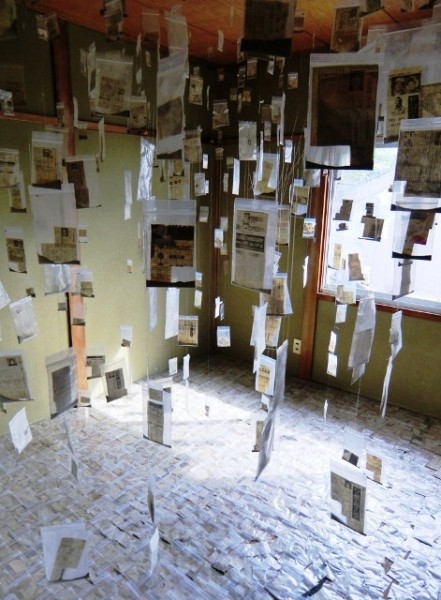 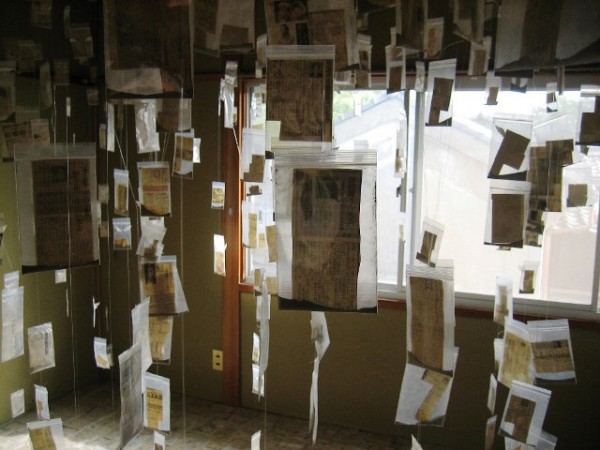 So? What do you think?

And while I’m still not sure myself what to think about these works, what I know is that I wouldn’t mind living in this house. They say houses are small in Japan, but this one is definitely bigger than any place I’ve lived in France (it’s much bigger as a few rooms were not used by the artist, there’s a inner courtyard and more).

You can also check my map of Ogijima during the festival (it’s getting completed little by little, click on “map” for more details as the satellite view is not too precise)