As I mentioned in my previous post, things are starting to move as far as the Setouchi Triennale 2019 is concerned, and today I was with some people from Koebi Network and the Triennale’s organizing committee for a Tour de Shodoshima. And I mean a literal one; we went all around the island in a way that I had never done before. There was even a part where I hadn’t been to (between Obe and Fukuda: spoiler alert, not the most exciting part, unless you like stone quarries).

In short, we arrived in Tonosho, headed to Nakayama via Hitoyama, then to Obe (via Hitoyama again). From Obe, we went to Fukuda, and from Fukuda we headed to Sakate (via Yasuda). From Sakate, we reached the 24 Eyes Movie Village, and our final stop was the Olive Park before returning to Tonosho and back to Takamatsu via ferry. That’s about 80 km.

I’m not gonna get into details, but here is a photo dump from today: 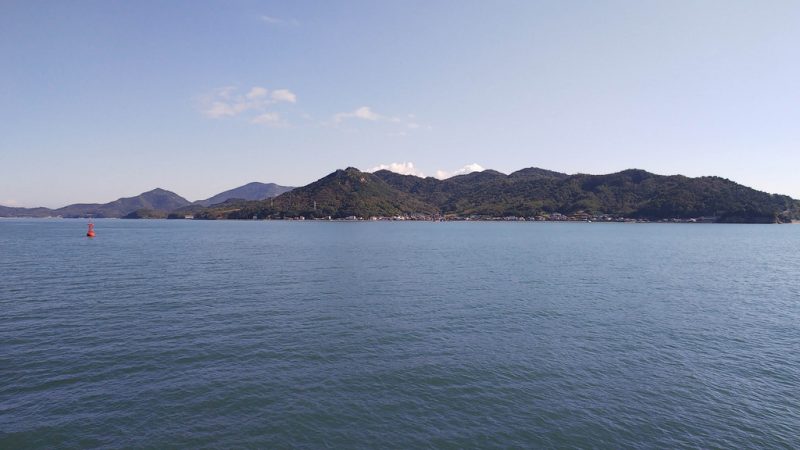 The problem with Shodoshima compared to the other islands, is that it’s too big to take a single picture of it when you’re approaching. It just doesn’t fit in the frame. 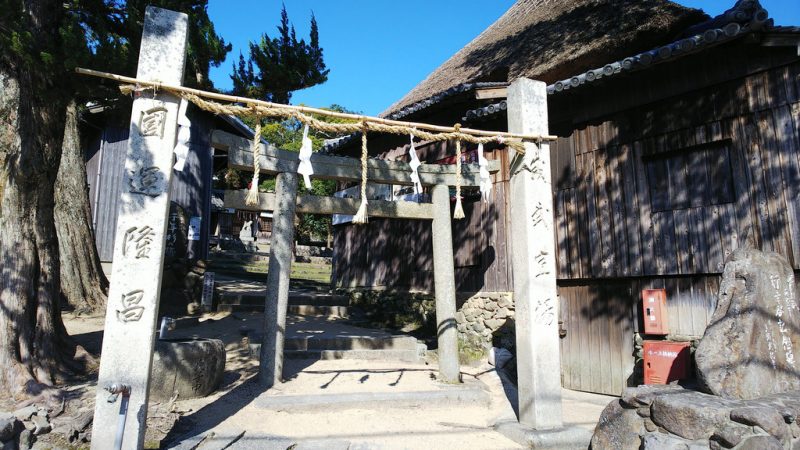 Nakayama’s Kabuki Theater. The island was famous (still kinda is) for its Kabuki theaters. There were 30 at its peak (in the early 20th Century), all managed by locals. I understand that it was something pretty unique to Japan (to have so many rural theaters). There are only two left. This one and the one in Hitoyama, one kilometer or so downhill. They are still functional and are used regularly. 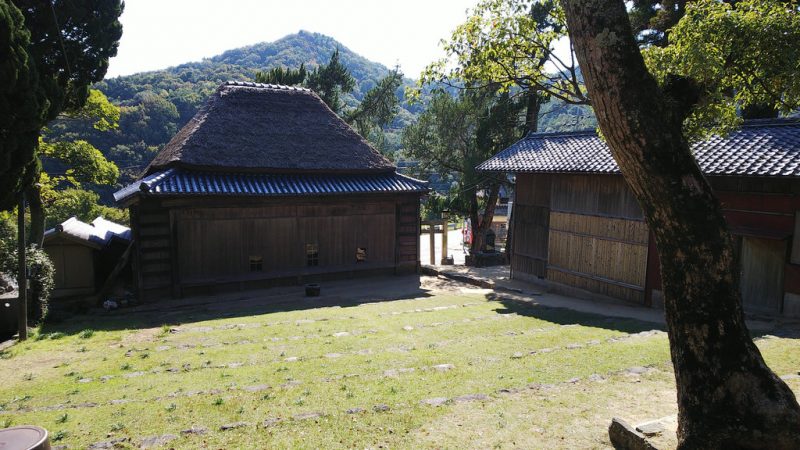 Nakayama is also famous for its terraced rice fields (supposedly one thousand of them 😉 ), not something too common in the area either: 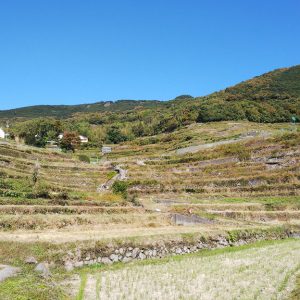 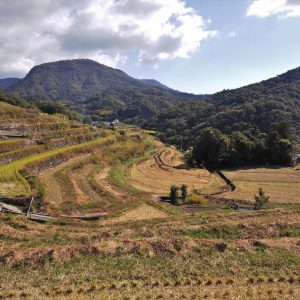 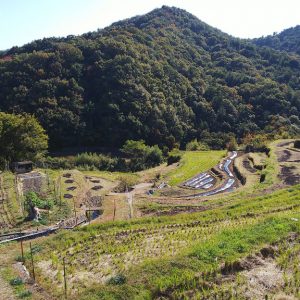 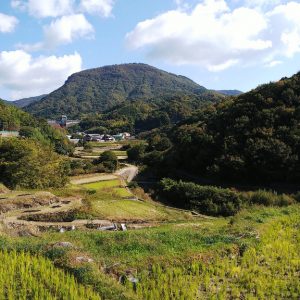 If you’ve been there because of the Setouchi Triennale, you may think that something is missing in the pictures. Don’t worry, the fourth iteration of the artwork will be built shortly. 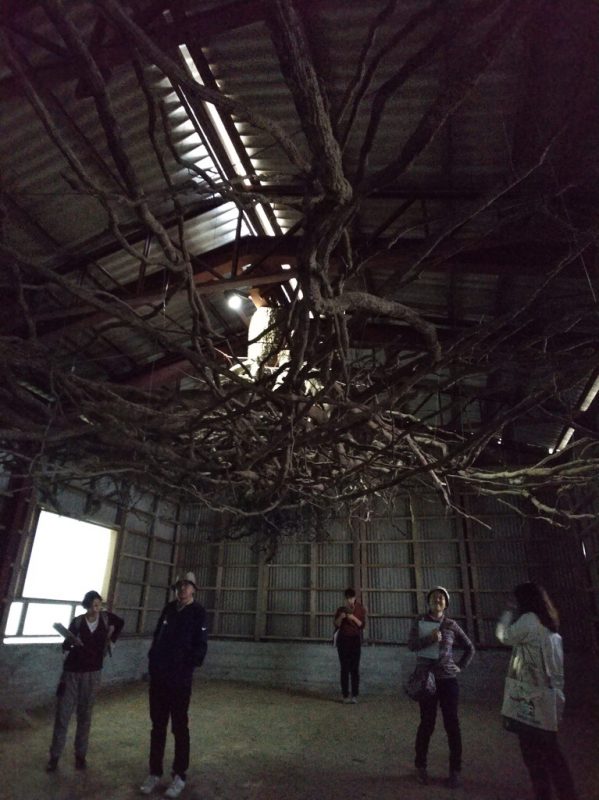 A very unique kind of “ready-made” (not really, but kind of?) 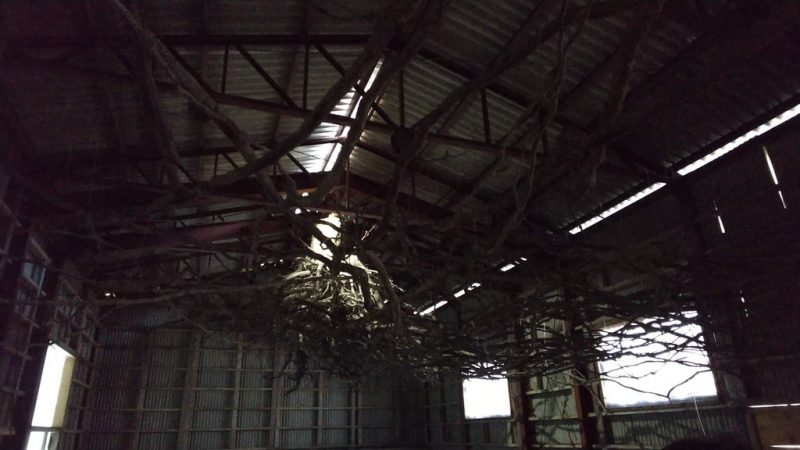 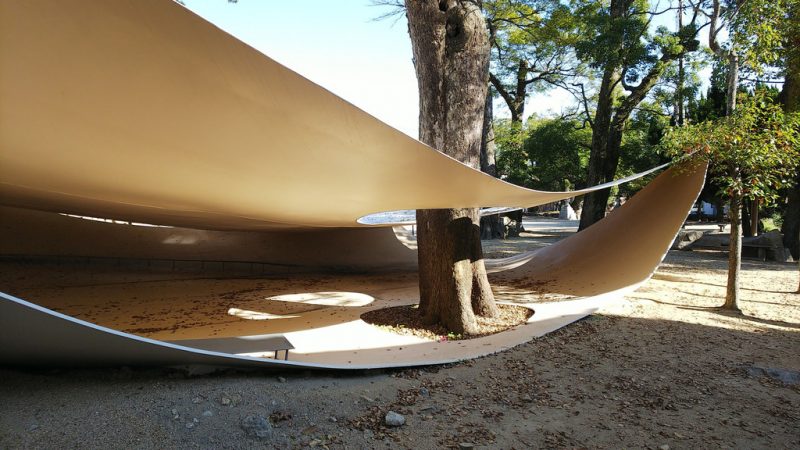 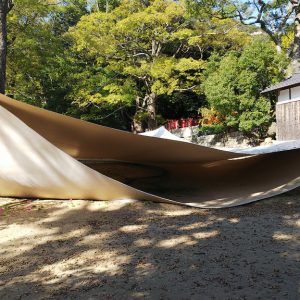 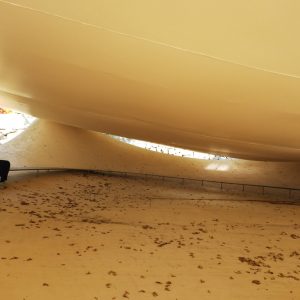 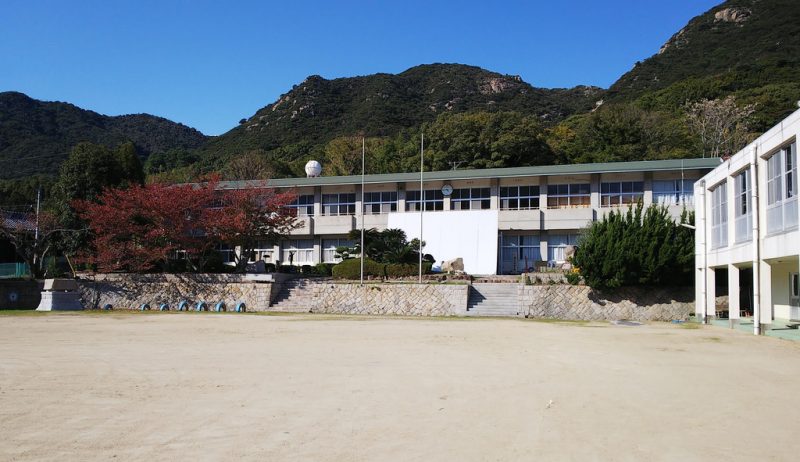 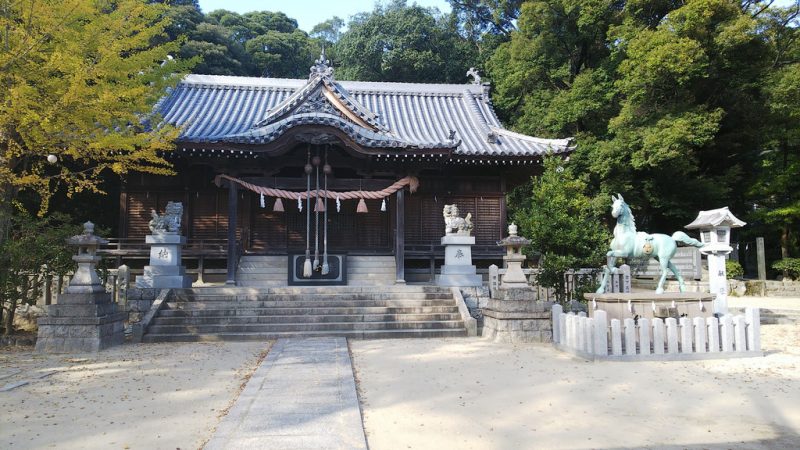 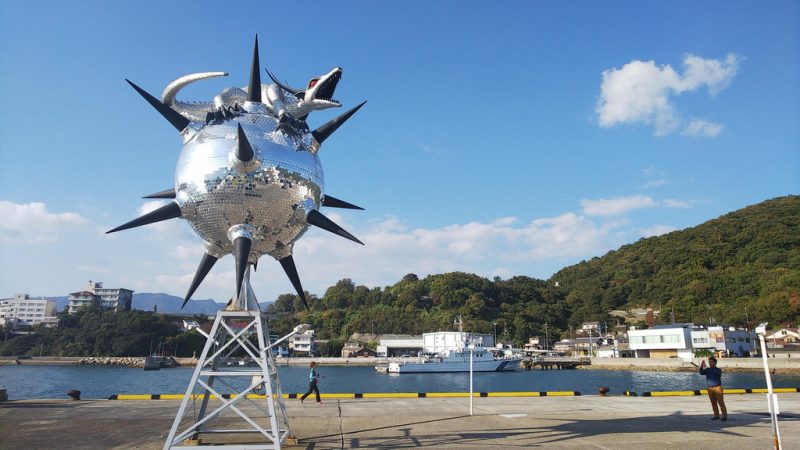 The Star Anger by Kenji Yanobe in Sakate 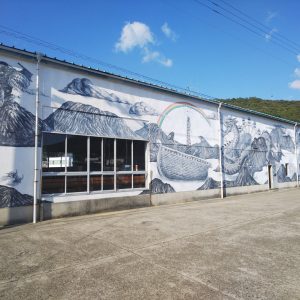 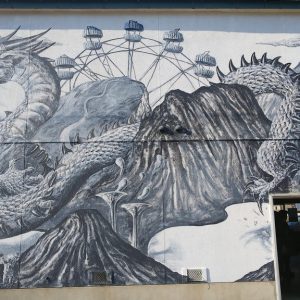 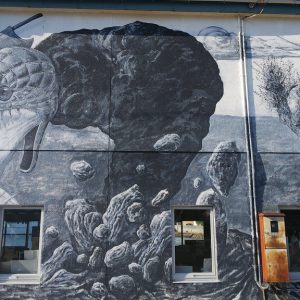 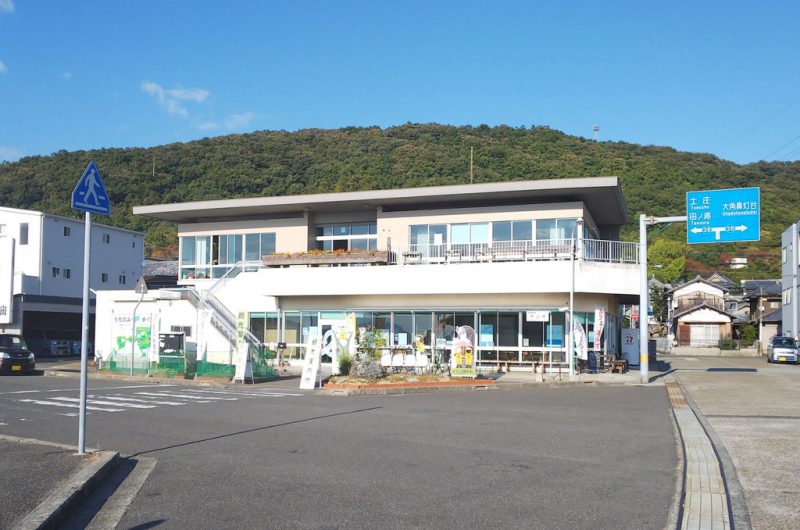 Not the most interesting picture. I took it for my friend Dru after a conversation on his blog about whether the place was open outside of the Triennale. And the answer is… it seems open, but not to the public. The first floor was closed, but the second floor was open. I still don’t have a definite answer (I meant to ask and I forgot as we moved on to out new destination), but I guess there are some artists in residence all the time, but the place is open to the public only during the Triennale or something along these lines. 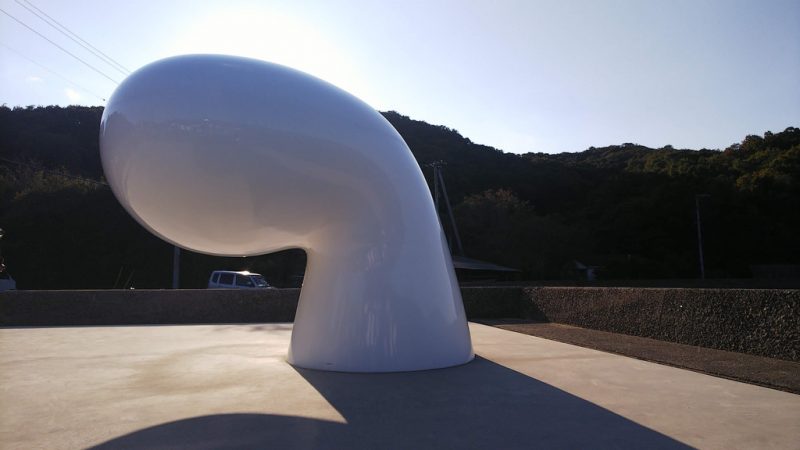 Funny how I missed this artwork in 2016, but I’ve seen it twice in less than three months now. Not the most exciting piece, I must admit – Shimizu’s work in Umaki is much more fun and interesting in my opinion. 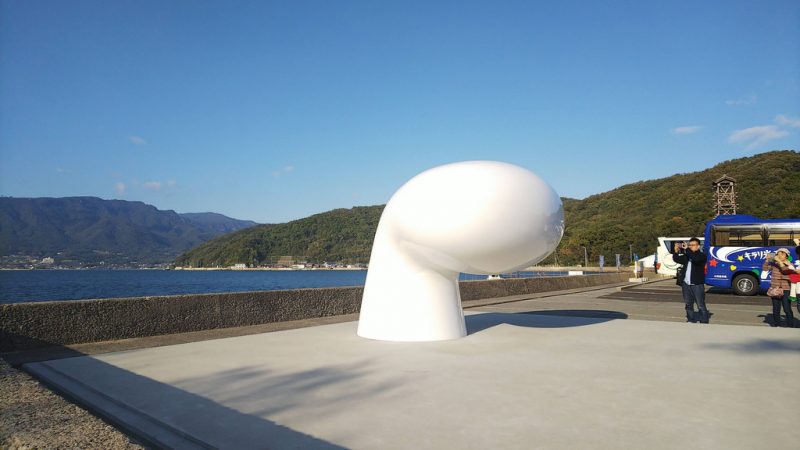 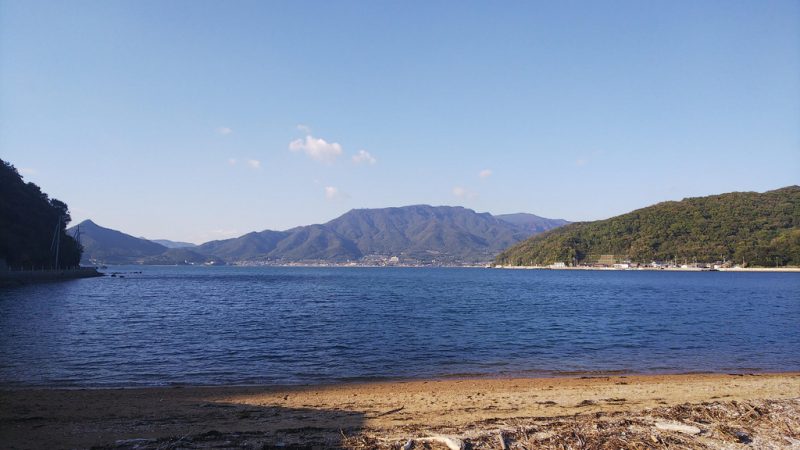 Our next destination. Can you see it?

Here it is, Olive Park and its famous Greek Windmill among other things (other things being mostly olive trees): 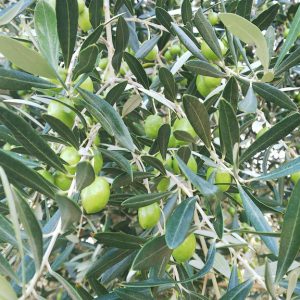 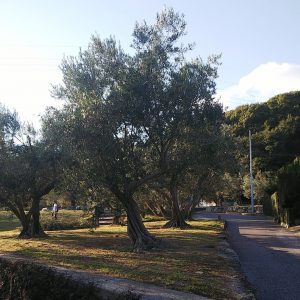 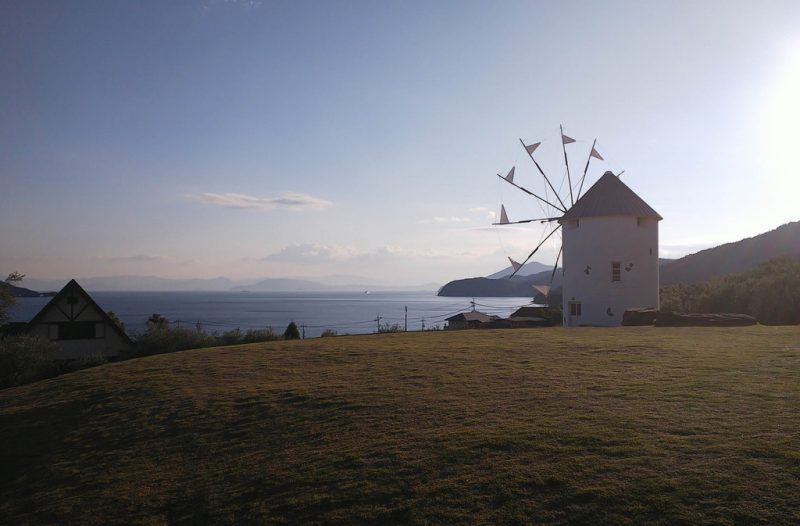 And soon I was time to return home. Not before an amazing sunset over the Seto Inland Sea (including Ogijima and Megijima). For some reason, I think some of the best sunsets of the year are in the Fall and there, between Shodoshima and Takamatsu. I was afraid I had missed the window this year (last September – my last trip to Shodoshima before today – was still a bit early and it was cloudy anyway on  that day), except that I didn’t: 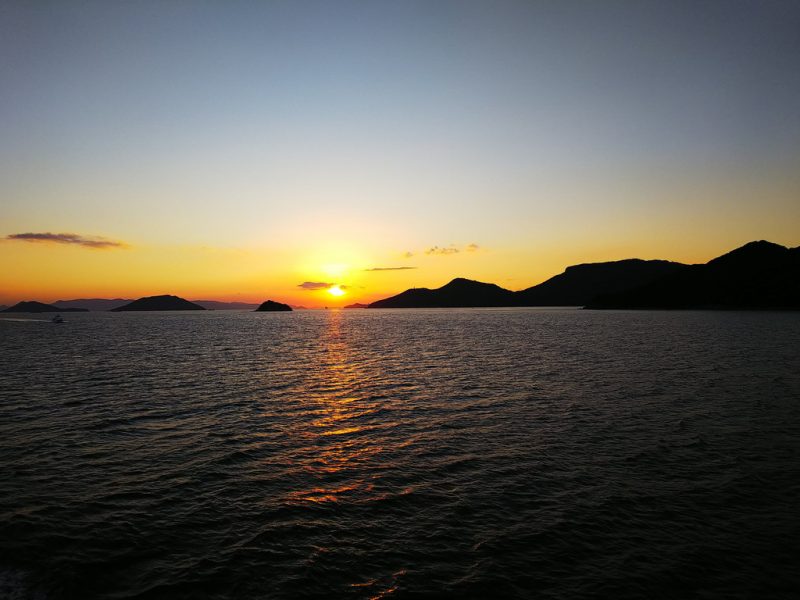 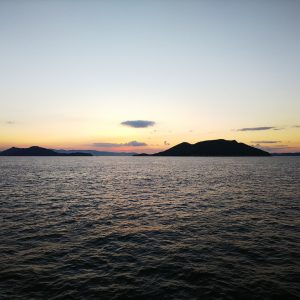 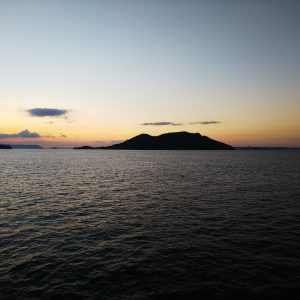 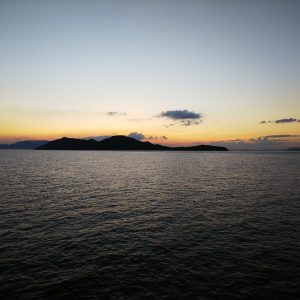