Shinro Ohtake is one of the incontournable artists of Naoshima. He has no less than three artworks on the island: the beloved “I Love Yu” Naoshima Bath, as well as Haisha, one of the houses from the Art House Project and finally, Shipyard Works, a work in several parts in and around the Benesse House Museum.

Since 2013, he now has a fourth artwork related to Art Setouchi, this time on Megijima.

There isn’t much to say about it, except that it’s located in Megijima’s former elementary school and that its style is the same as Naoshima Bath and Haisha, that is a collage and an accumulation of various objects that create a more or less abstract and/or surreal space (depending on your sensitivity and imagination).

One more thing, MECON can be written 女根 in Japanese (although – I could be wrong – but I think that on the island, the name is mostly written in Hiragana), which can be translated by “female root”. Why is that?
Well, you’ll have to visit the artwork to get the answer. 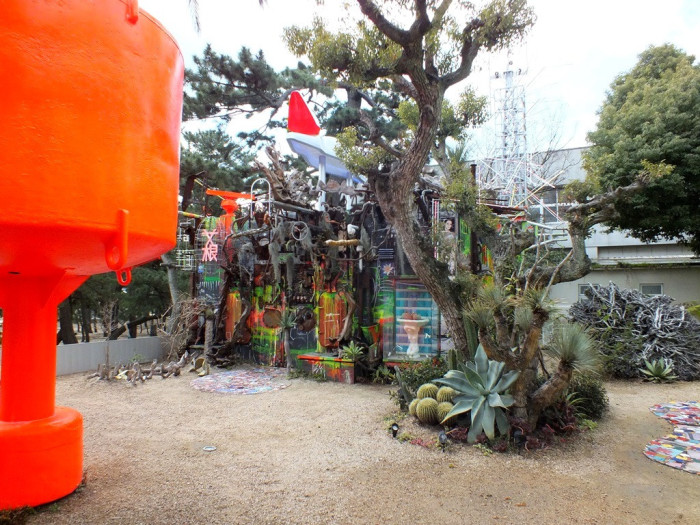 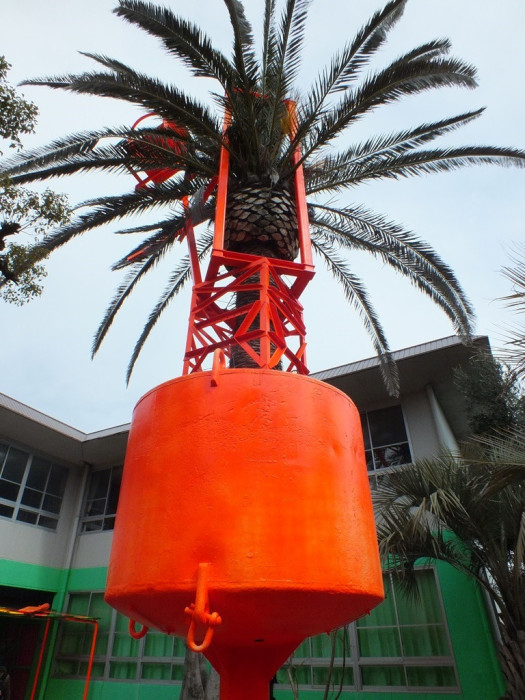 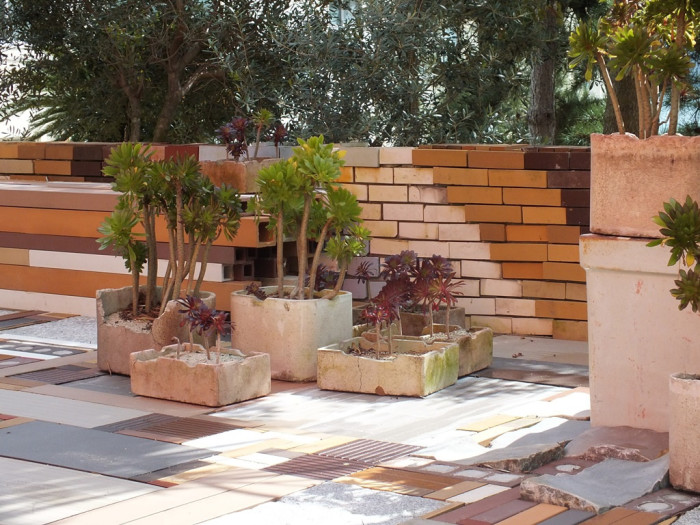 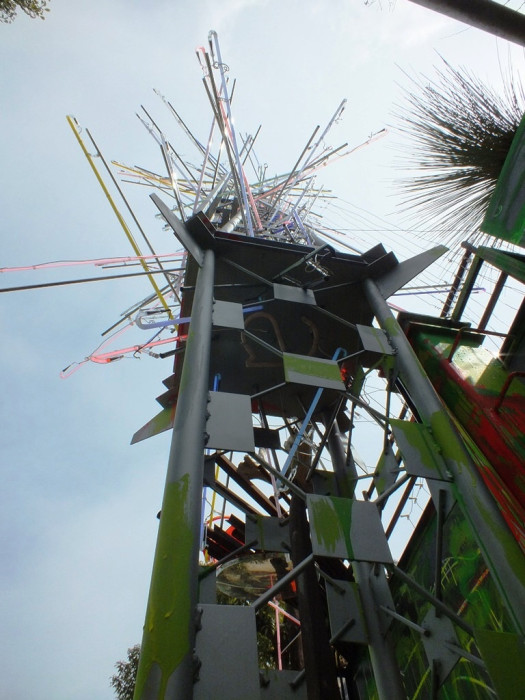 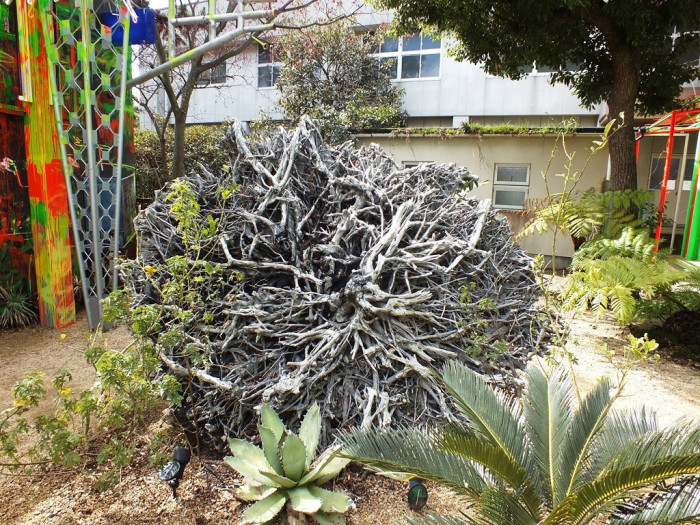 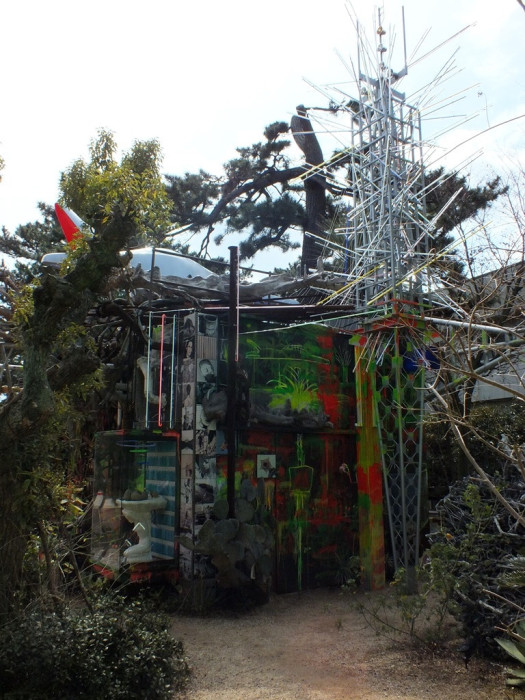 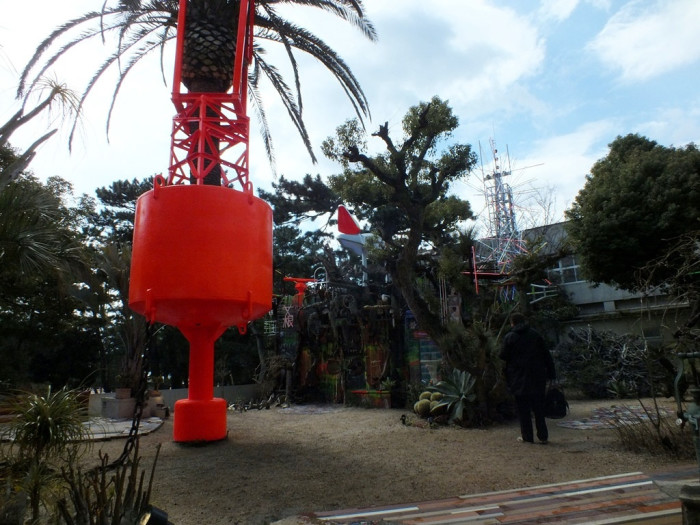 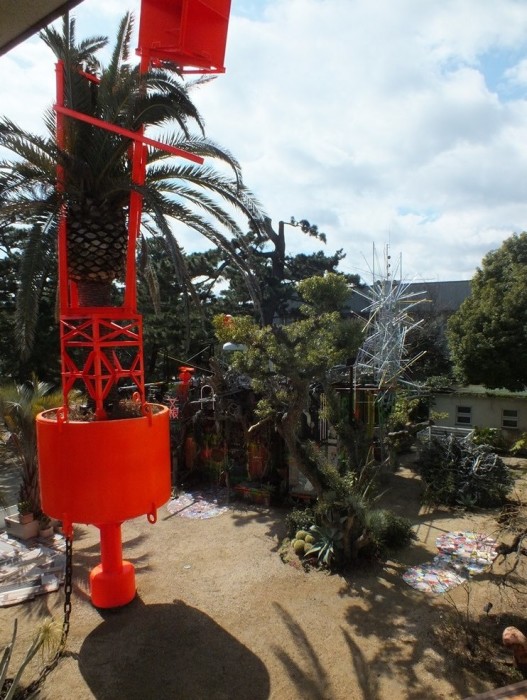 The artwork is permanent and in between sessions of the Setouchi Triennale, it usually is open from late March to early November, on the week-ends and holidays from 10.40am to 4.30pm. Entrance is 300 yens.