When I started to describe in a more or less detailed way various works of art from the Setouchi International Art Festival, it was as part of me promoting the area (no, the Kagawa Prefecture is not paying me a dime for this, although, that could be an idea… if anybody working there is reading this…) and making you regret to not have visited the Festival this year, so that you mark your calendars for summer 2013 when the next Festival take place.

However, between yesterday’s article and this coming one, I’m a little scared to be somewhat counterproductive. Because, I must admit the horrible truth: no, I didn’t like everything at the Festival! But because I’m trying to be thorough, I talk about those artworks too. After all, your taste is not my taste, although it’s obviously harder to make you want to go (next time) when talking about something I didn’t really appreciate.

Such as the Art House Project on Naoshima. 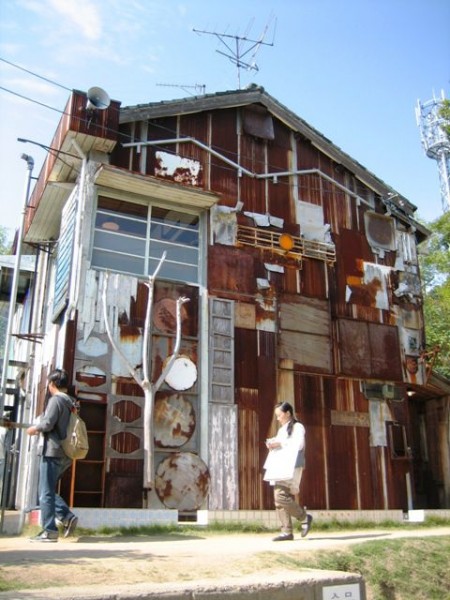 I like Naoshima. I really do. The atmosphere is very pleasant, the island seems in a much better shape than its neighbors while still having kept its charms.

Actually, it’s the success of what the Benesse Corporation has been doing in order to revitalize Naoshima through art for the past 20 years that inspired the creation of the Setouchi International Art Festival (although it’s a tad bit more complex than that, it’s the idea).

However, the thing that bothers me on Naoshima is that art has become somewhat “institutional”.

And one of the “worst” examples (aside from the museums, because it’ll be hard to do more institutional than a museum when talking about art) is the Art House Project, located in the village of Honmura.

The project was actually started well before the festival as the first house that was turned into a work of art was Kadoya in 1998. For this is more or less what the Art House Project is about; to turn old abandoned houses into works of art. Although this definition is not totally correct. It’s really about turning old abandoned houses into mini-museums that contain only one or a few pieces of art often merged into the building.

The main reason why I didn’t really like the Art House Project despite the fact that it started with good intentions and ideas is because although it claims that those Art Houses are integrated within the local culture it’s almost never the case. For most houses, what we have are just a few more conceptual artworks having little to no link with the local culture of the identity of the place where they’re located. They’re nothing more than mini-museums really.

I also need to mention that it is forbidden to take pictures in those Art Houses, and this is something that annoys me. In my eyes, this is one of the many excesses of the use of copyright rules nowadays. No, to take a picture of a piece of art is not illegally copying it and no, an artist shouldn’t have total control over the image of his creation, especially when this creation is in a public space. This attitude is for me the antithesis of what I praised a couple of articles ago what this behavior does is to cut one’s work and oneself from the outside world, from one’s audience, considering one’s artwork as untouchable, superior to the people that are just good enough to adore it but by no means to appropriate it. Sad.

Here are a few details and precisions about those Art Houses:

It is a 200 year-old house that has been restored in the late 90’s and that houses three artworks from Tatsuo Miyajima : Sea of Time ’98, Naoshima’s Counter Window et Changing Landscape.

We didn’t enter the building as the number of people at the same time in it was limited and we had to make some sort of appointment (well, we got a ticket with a time on it). Ours were at 3pm, by then we were on the other side of the island. 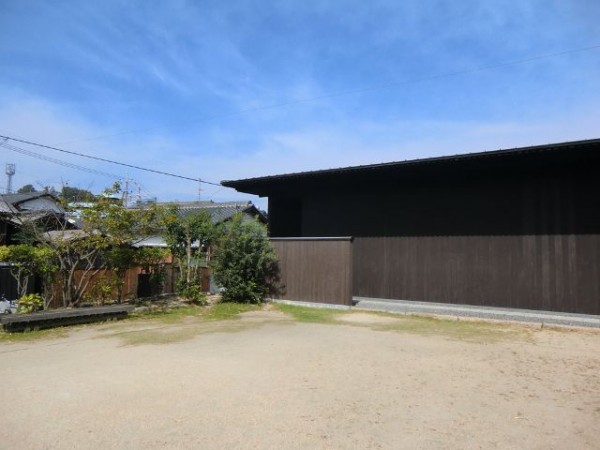 We didn’t get to see it either, and it’s a shame. This one house seemed pretty interesting, but if I remember correctly one had to make reservations to be able to visit it (I think this is the only piece of the whole Festival for which it was the case). I think the fact that only one person can go visit Kinza at the same time had a part to play in that situation.

It really is a Shinto shrine, but a contemporary one.

Good idea and good resulting building. The underground can be visited, unfortunately we didn’t, the line was way to long and the thing is permanent, so I’ll get to see it on a future visit to Naoshima.

Actually, despite the fact that most of the works on Naoshima were set to be permanent, it was the island that had the most visitors, I feel, and definitely the most foreign visitors. Sure it’s the most famous one, but I don’t know, the Festival was an opportunity for them to visit new places, why go to the area and visit only Naoshima (I’m talking about the people that came there only for a couple of days and didn’t get to go to all of the islands, but still went to Naoshima). I guess it’s always this tendency that most tourists have to not visit unknown things but things they’ve already heard about and are somewhat familiar with. A thing I could never understand, but I guess I’m in the minority here. 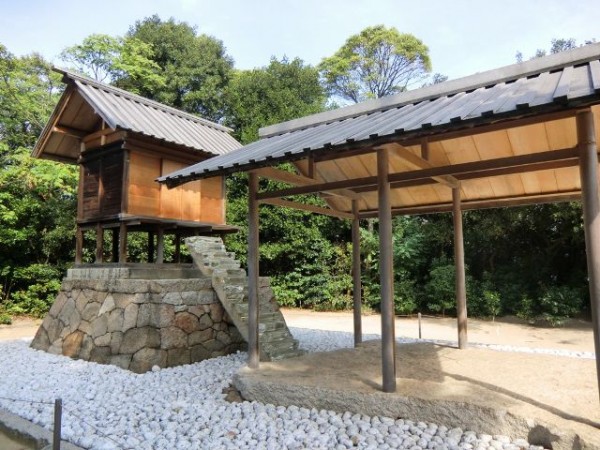 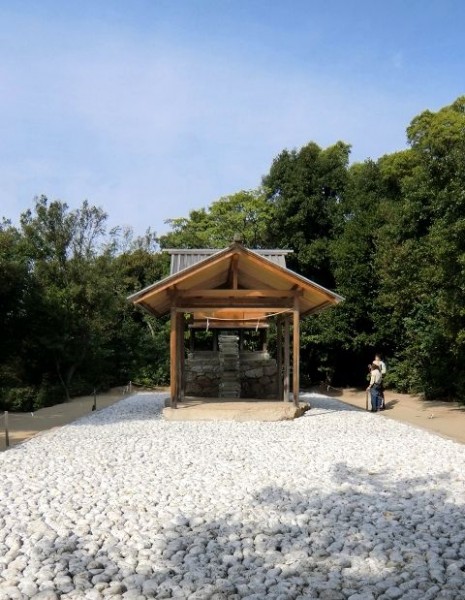 A one hundred-year old house that belonged to a rich salt merchant. Now, one can find two beautiful paintings by Hiroshi Senju. However, despite the fact that the house and the paintings were gorgeous, this annoying feeling of “no pictures”, “no touching”, almost “no breathing” that was quite annoying and that killed any “life” in that building that was craving for it.

I have about nothing to say about this building except: blah.

It used to be a small dental clinic. I like what the artist, Shinro Ohtake did with the exterior, but sadly, the interior is quite uninteresting. I almost made me feel like I was in certain Parisian art galleries (not a good thing in my mouth). 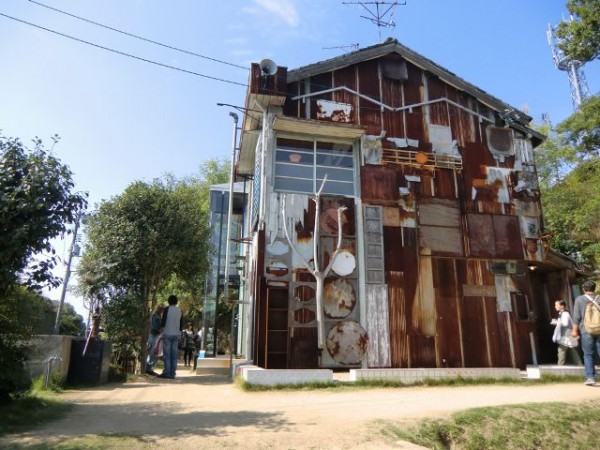 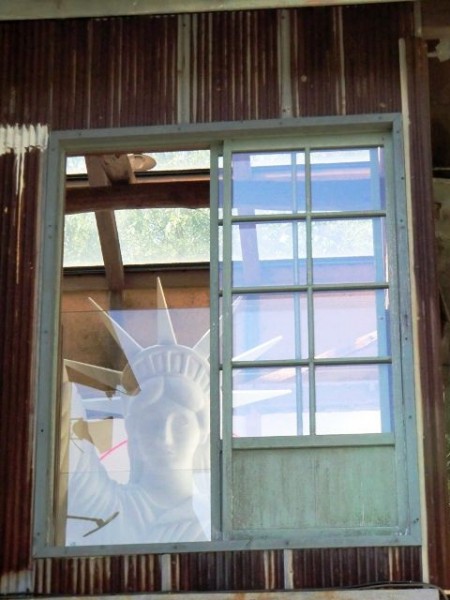 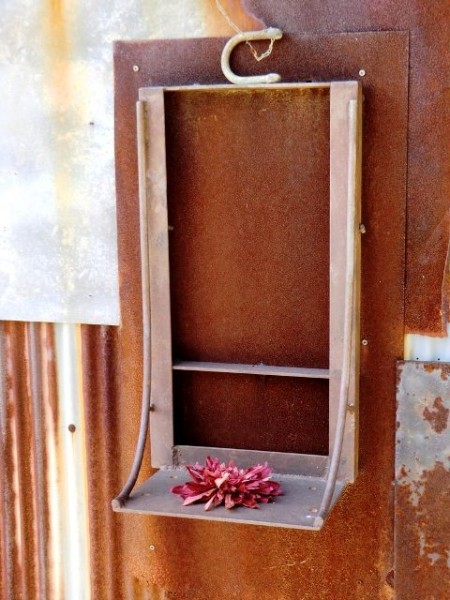 That’s it for today, sorry, not everything could be amazing at the Festival. 🙂

However, don’t let my tepid review of the Art House Project prevent you from visiting it. It is a permanent fixture and is open Tuesday-Sunday from 10am to 4.30pm.
Admission is ¥400 per house or ¥1,000 for a pass allowing access to every house.

4 thoughts on “The Art House Project”