We spent October 20 on “Small Bean Island“, in other words, Shōdoshima. I had already visited the place about one and a half year ago and despite the fact that I had been relatively disappointed (but it mostly came from the fact that we ended up on a guided tour of the island, I hate guided tour more than anything), except by the monkeys, I recognized that the island had great potential (to be awesome) as long as it is being visited in the right conditions; that is, not on a guided tour. This is what we did this time around, as we walked and took a normal bus to go from place to place. Don’t get me wrong, one cannot visit it only by foot (unless you have a lot of free time), the island is the second largest of Seto, with an area of 153 sq. km. and about 30,000 people. In other terms, it’s a giant compared to the other islands of the Festival, to the point that I was surprised to see its name on the list of participating islands the first time I heard about the Setouchi International Art Festival. Especially because the place is relatively known in Japan and it’s already a tourist destination with its wonderful landscapes, its wild monkeys, its culinary specialties. Shōdoshima is the only place in Japan where one can successfully grow olives (to the point that they became its symbol) and it also is a major Shōyu producing place. I also must mention the studio village where 24 Eyes was shot, an amazing recreation of a small early Shōwa period village.

But despite all of those things and the ones that I haven’t mentioned, we went there for the same reason that we went to all of the other islands, that is the Setouchi International Art Festival.

And this time, we got to see all of the art on the island. Even though the island is big, all of the art is concentrated in only two spots, and surprisingly, they were not really crowded. We got lucky I guess. We even got to enjoy some works of art all for ourselves, which is a much better way to experience them compared to the previous day. However, let’s admit it, crowds make the Festival a success, not empty places.

And now what you’re waiting for, pictures:

Four hours later, water was going to give way to a sandy path that allows people to reach the tiny rock by foot. Unfortunately, four hours later, I was on the other side of the island. 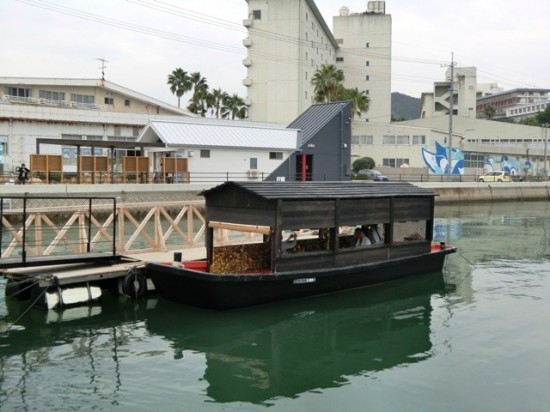 Treasure Ship by Ryo Toyofuku
The interest of this work resides mostly in the visual experience when one is on board of the boat, especially when it is circumnavigating the island, which apparently happened on weekends only. And although seats are free, they were scarce and lines must have been very long to be able to take a tour of the island on this boat. 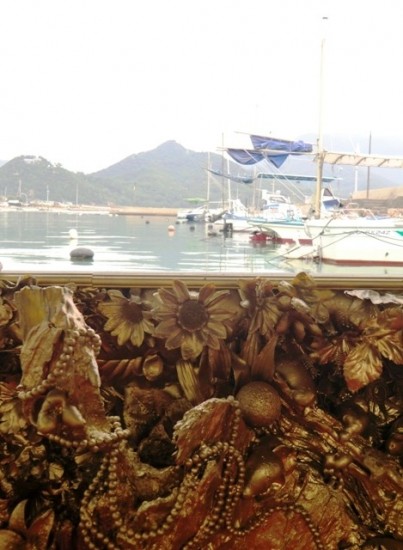 The view from inside of Treasure Ship 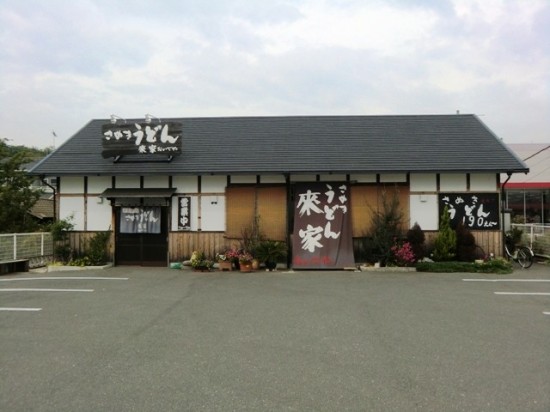 The Udon restaurant where we had lunch. I just like the way it looks. 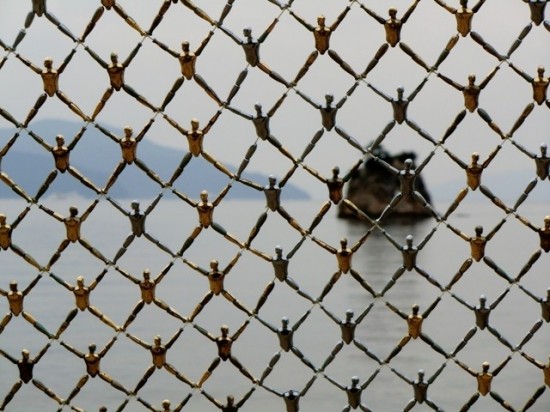 Net-Work by Suh Do Ho
Much more interesting than it seems at first, we unfortunately didn’t have enough time to fully enjoy it as the bus we needed to take was coming (and the next one was two hours later and we were done visiting that part of the island). 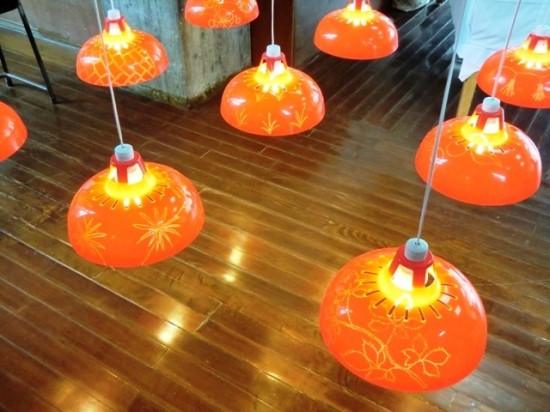 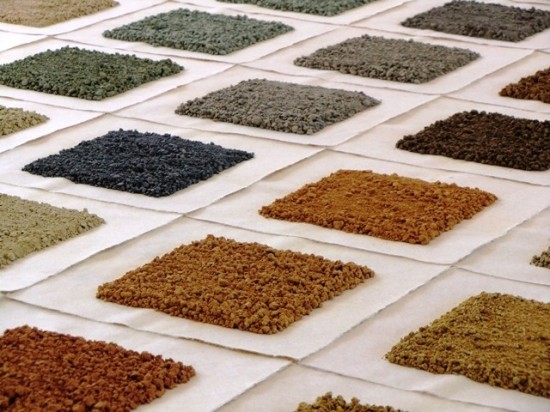 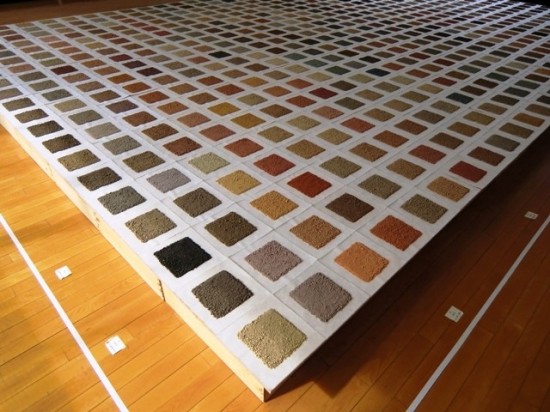 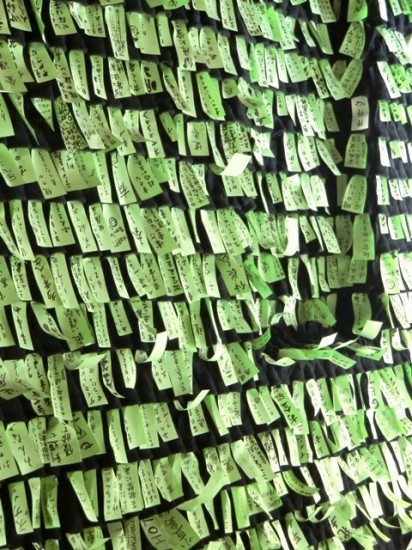 Another work from Sense Art Studio’s Lightening Shōdoshima
Here, it’s about calligraphying a wish (or simply writing it with a paintbrush in my case) and then displaying it in a glove. I’m not sure about the concept, but I like the result
(which is much better than the other way around). 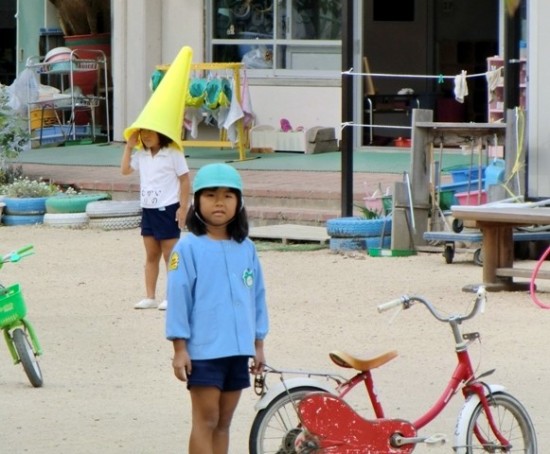 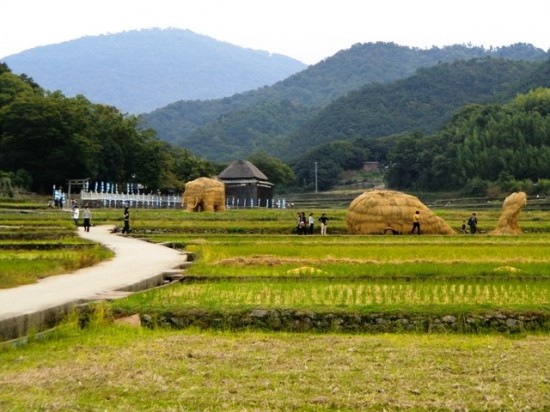 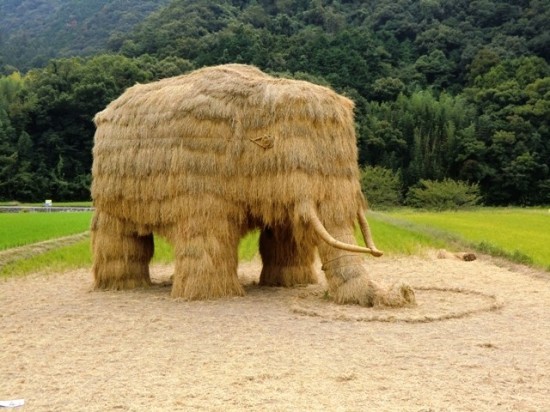 Straw Art by Musashino Art University
Who can resist to the charm of a straw elephant?
(I’m sad to inform you that the elephant didn’t survive until the end of the festival, it fell a few days ago due to strong winds caused by a nearby typhoon). 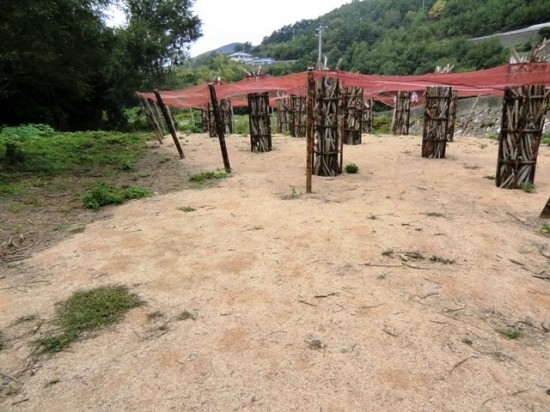 What Links The Sea by Yoshihiko Tanji 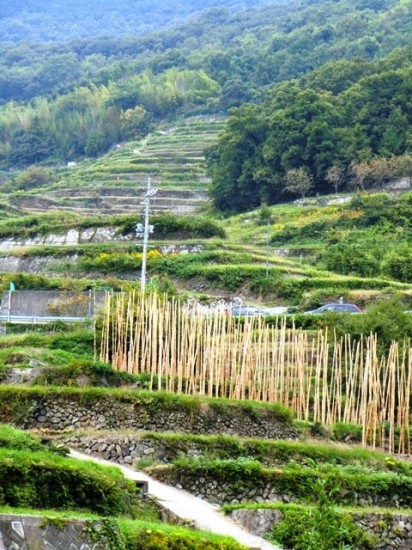 Voices from Disappeared People by Dadang Christanto
I am embarrassed to say that at first I thought this was just the background for the next piece. But no, it’s a work in itself. I was not convinced at first, those just like like bamboo sticks planted in the ground. I finally understood that this installation makes sense with the wind and the unique sound it produces.
Unfortunately, there was no wind that day. 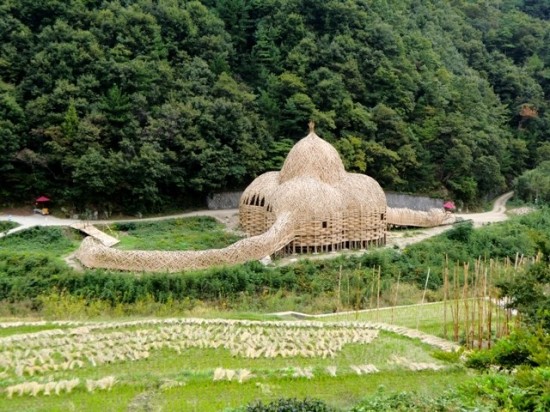 House of Shōdoshima by Wang Wen-Chih
When I was little, I always wanted to have a “tree-house” made of bamboo. This one surpasses all of my dreams. 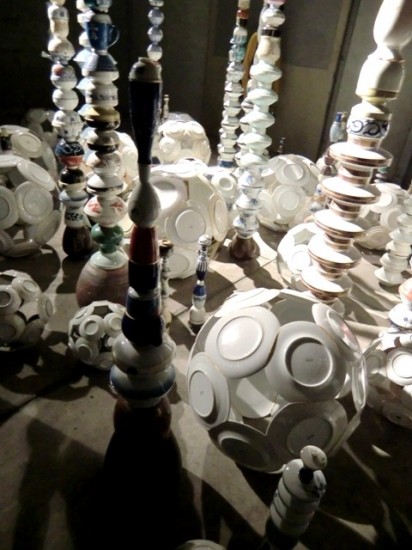 One of the advantages of the fact that all of those works (except for the first two) were all in the same part of the island is that it allowed me to discover this amazing valley between the villages of Hitoyama and Nakayama in the heart of Shōdoshima. I can’t wait to go back when rice paddies are filled with water (that is, not in October), the view must be breathtaking. Don’t worry I’ll post more pictures soon, especially of the valley as I realize I limited myself to the works of art in this post. 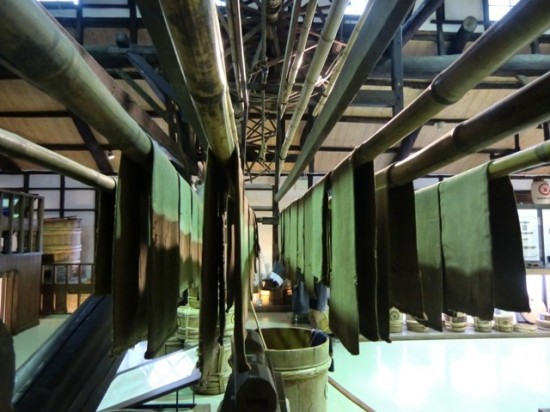 Inside the Shōyu museum in Kusakabe

That day was tiring indeed, but we had a great time, strolling down the valley, searching for the various works of art in the calm and serenity of the place. I’m ready to go back.