Located on Shōdoshima, almost in the middle of nowhere, on the side of a path between Hitoyama and Nakayama, What Links the Sea (海を繋ぐもの), by Yoshihiko Tanji (丹治 嘉彦), is an artwork that leaves me wondering. 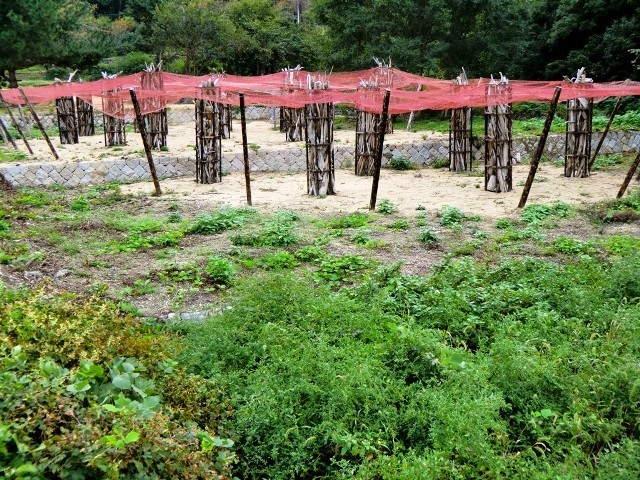 Why am I saying this?

Well, first of all because I really like the way it looks, and then, when reading the official guidebook, I learned that this piece of art, made from fishing nets and driftwood collected on the beaches of the area was designed to serve as a meeting point. Nice idea, and indeed the resulting work somewhat made me think of an arbor under which one can gather and socialize, providing the sun is not too hot. 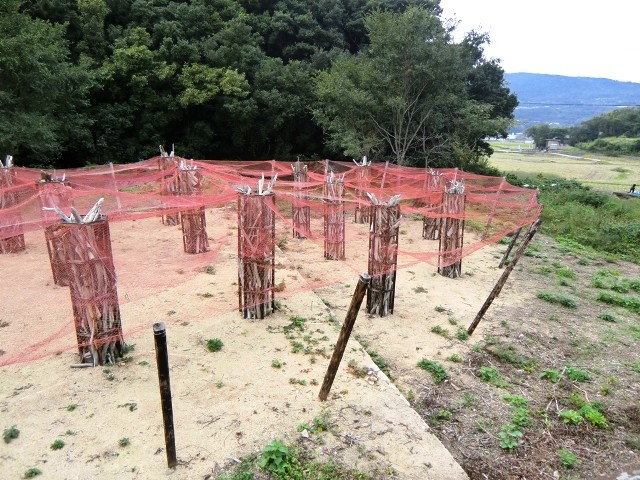 The problem is the location. It doesn’t make any sense and goes against the idea that this work conveys!

Didn’t the artist know where his art was going to be located before designing it?
It’s not impossible. Yet, I seriously doubt it. Yet, this is the only explanation I could find to this nonsense.

As I already mentioned, the piece is in the middle of nowhere, somewhat far from the two villages that are nearby, and far from the road that links them. This work belongs to a village central square, or near the water in a fishing port, not in the countryside in the middle of rice paddies, away from any building. 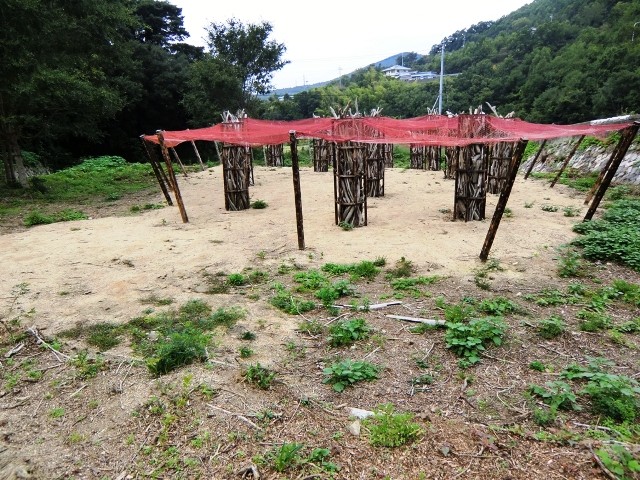 This is not the only problem. As you can see on the pictures, there’s nobody around or under it. Remember, the Festival was a huge success, it was very crowded on those last weeks of October. So why is this one artwork empty of people?

Simply because it was impossible to approach it! There were people, but they were next to me, watching What Links the Sea from the distance, just like I did.

From the path, there’s a small ditch preventing us to access it. Of course, there’s a path that leads to it, as the place had to be accessible to build the thing. Except that a little wall was closing the access since. Very small, maybe two feet high, but it clearly meant that we were not allowed anywhere on the other side.

What was the artist thinking exactly? What does it mean to build a gathering place and prevent people to gather there? Or was it simply a problem with the organization, the artist having nothing to do with this?

I’m afraid that we will never know, but in any case, it’s a shame. It could have been one of those wonderful and friendly places that could be found everywhere on the islands, instead, we just had a thing that we looked at for a few seconds and then moved on to the next -and much more interesting – thing. 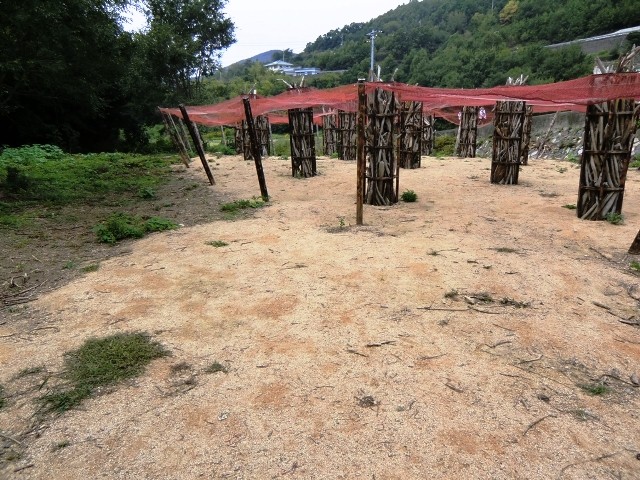