Ok, not exactly Japan itself, but a Western map (possibly French) from 1707. 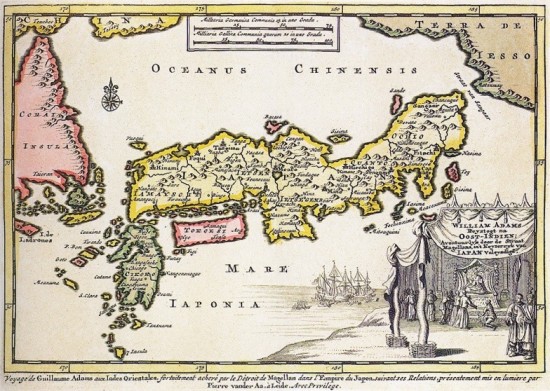 You’ll notice that even then, Shikoku was not deemed important (merely a rectangle). 🙁

Actually, one can see that the cartographer got things mixed up. Shikoku is called something like “Tokoesi” and that almost sounds like “Tsukushi“, that is one of Kyūshū‘s old names. Meanwhile, Kyūshū is called “Cikoko“, which is obviously a bad transcription of “Shikoku”.

Despite the embarrassing shape and the wrong name, one can notice that the cartographer got Shikoku‘s provinces right: