And here we go!

I’m pretty much done with all the “pre-preparations” for my new job in April, and as the previous one ends this Friday, that leaves me almost two entire weeks (minus a day here and there) to devote to the Setouchi Triennale 2016!

However, I only have a few days to prepare this blog for it, not sure if I’ll manage to do it. We’ll see.

Apart from that, on Sunday, I quickly went to Takamatsu Sunport and I had a very pleasant surprise: 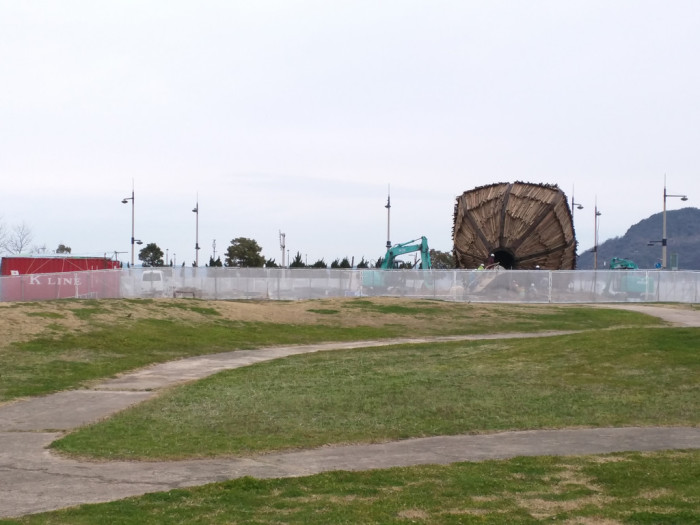 I don’t know if you’ve recognized it, you may have seen it on Teshima in 2013, but this strange and massive structure is Beyond the Border, the Ocean by Taiwanese artist Lin Shuen Long.

I never really talked about this artwork on the blog, but I showed it to you briefly before. The first time, when I went to Teshima to meet with the Starn Brothers and I stumbled upon it, totally at random, as it was being built. The second time was in the Fall of 2013, when I went to Kō where it was located.

I have seen it once more, from Ogijima, a few kilometers away, during winter of 2014. Since then, I thought it had been dismantled. What to do with such a large structure, right?

Well, it has survived the previous Triennale, has been stored somewhere and it’s being reinstalled this week in Takamatsu Sunport, and that was a very pleasant surprise, indeed. OK, it wasn’t a total surprise, I had seen that it was supposed to be there, but as it was linked to a theater play that was performed in several locations, back in 2013, I assumed that only the theater part would resurface, not the whole thing. 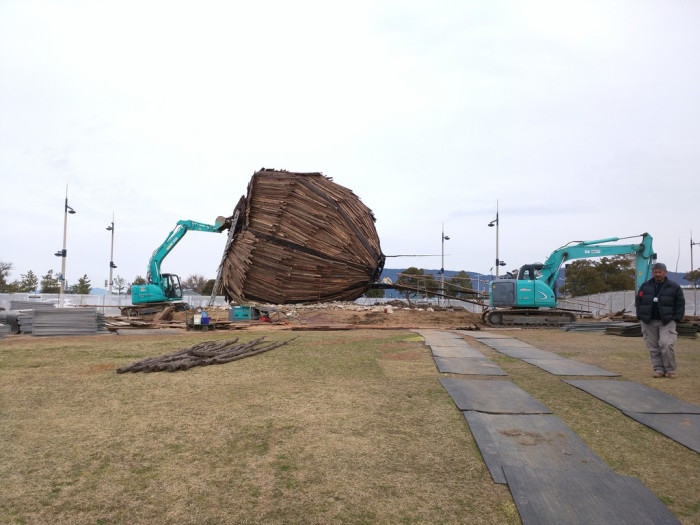 This is the man on the previous picture who briefly told me about it. And while I didn’t catch his name, I’m pretty sure it is Lin Shuen Long. He spoke a very good English and was very friendly. I regret not having spoken longer with him, but my daughter wasn’t in a mood to let me speak for a long time with strangers, and when later, after shamelessly abandoning her to her grandpa who happened to be in the neighborhood, I returned to the art site, their lunch break was over, and everyone was hard at work, and way too busy to stop and chat. 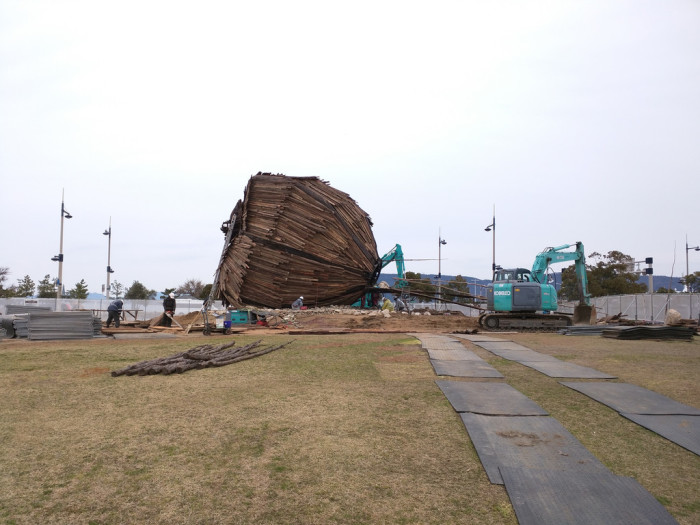 Maybe another time. In any case, I’m very happy that this artwork is back, and it’s pretty great that it is now in this location where it can’t be missed.

Oh, and if you wonder why I went to Takamatsu Sunport on Sunday, I just went to pick this up: 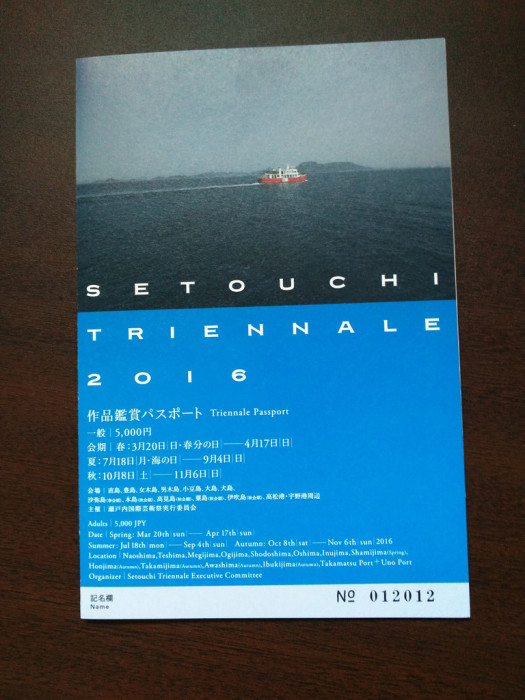 My Setouchi Triennale Art Passport! With Meon on the cover, nice…

It’s a magazine called Get Hiroshima, but it doesn’t limit itself to Hiroshima only, as I talk about the Setouchi Triennale 2016 in it (what else?)

You can read it there: