I guess it’s time to return to Konpira-san after this pretty long hiatus. I was joking earlier that I wouldn’t be done before 2015, but if I don’t post about its ascension more often, that could actually happen, and we don’t want that, do we?

First and foremost, as usual, if you haven’t read (or have forgotten about, they were so long ago) the previous parts of my “tale” you can refresh your memory first:

Just after leaving Asahi-sha, we climb just a few steps and we encounter a quite interesting gate: 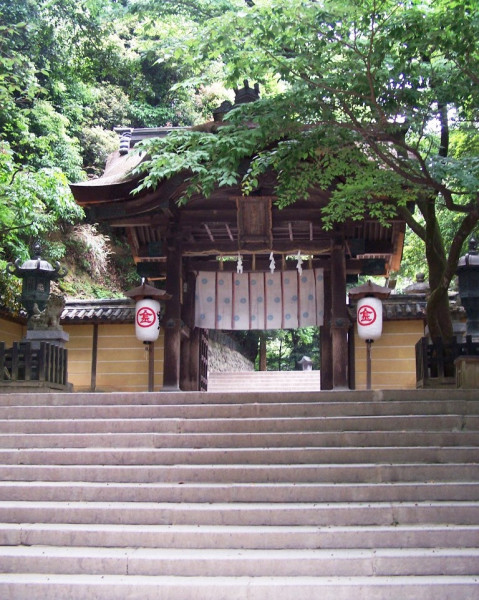 Just like pretty much every other gate during this climb, each new gate gives the impression to move to another place,which is obviously the case from a spatial perspective, but also on a more symbolical one. We’re still outdoors before and after crossing the threshold, but it feels like we’re in a different section of the shrine, as if the entire side of the mountain was a large building with no roof. This very door gives out the feeling that we’re entering a more secluded space, almost a secret one. I guess it comes from the fact that we were just facing a quite imposing building, so unconsciously, one thinks that the next thing will be even more imposing. Instead, one finds this rather small door, just there on the side. One almost hesitates to go that way. Is it really where the path is leading us next or are we making a new detour?

No, it is not a detour, it is where we’re heading next next, but we are indeed entering a new section of Kotohira-gū, as we’re getting near the main shrine.

But before reaching it, there are a few more steps to climb. 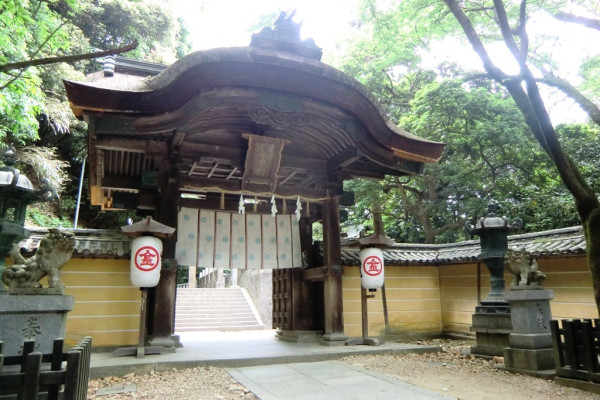 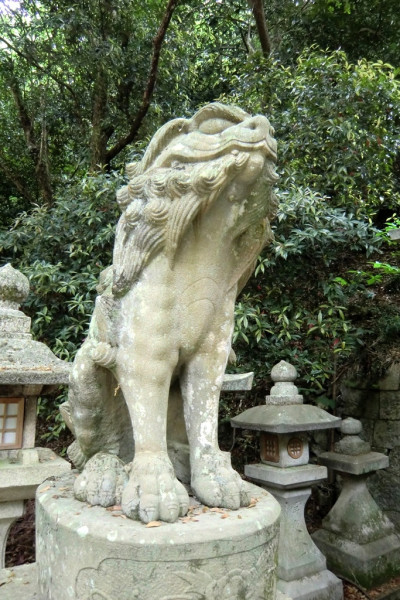 Briefly after the gate, there is a small flat space in between two sets of stairs where one can find a few statues, many stone lamps and a chozuya (a small ablution basin). I’m not exactly sure why, but this small section of the path to the top of Konpira-san is probably my favorite. Maybe because there is an unreal feel to it: a path between large trees, above ground, with all of those stone lamps and twisted guard-rails. One day – I don’t know if it is possible – I would love to walk up the stairs of Konpira-san at night. That day (or rather that day) I think it’ll be this part of the walk that will be the most magical looking.

Unfortunately, the pictures don’t do it justice, but maybe it’s for the best, your first visit of the spot will be even better, and the feelings associated with it stronger: 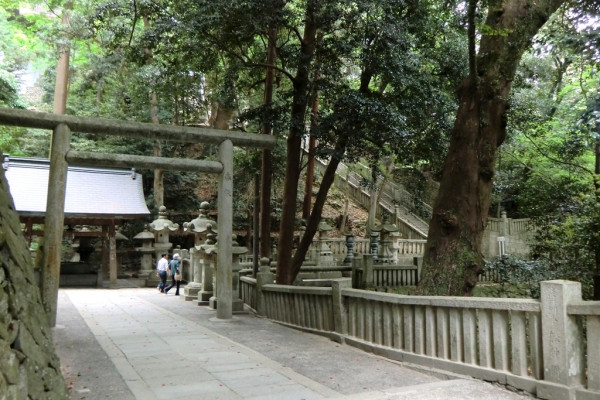 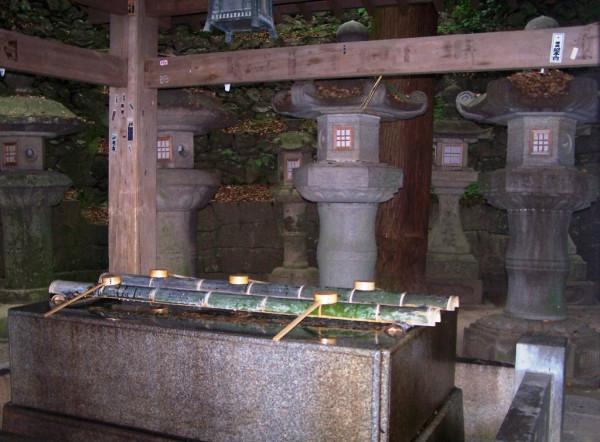 Next comes the big stairs. I don’t know if it’s the largest set of stairs of Konpira-san, but it’s probably the most impressive as it is quite long and steep: 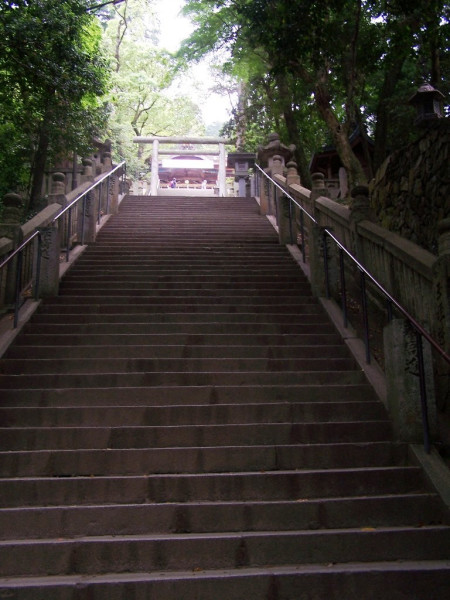 There is however a small platform about halfway through, where you can enjoy a few more lamps, statues and more: 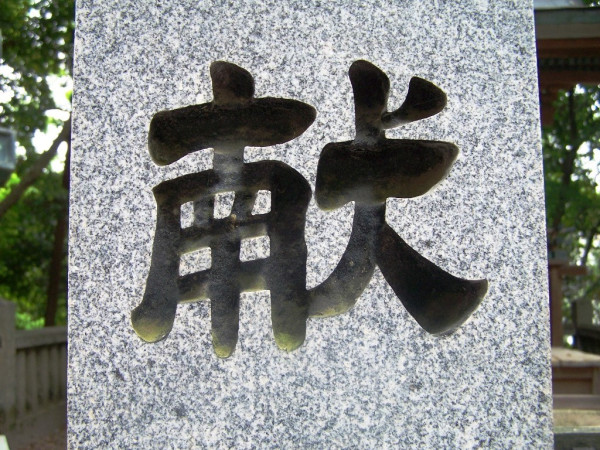 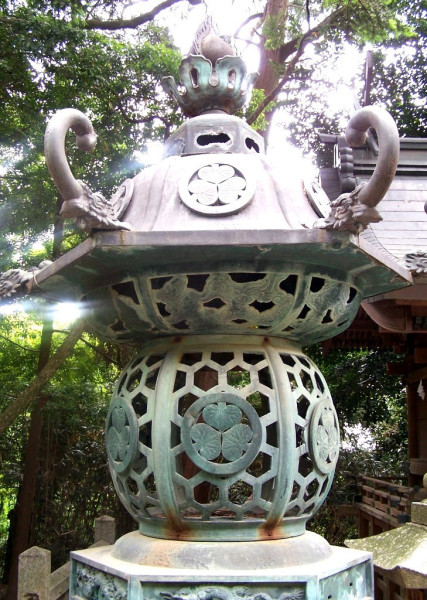 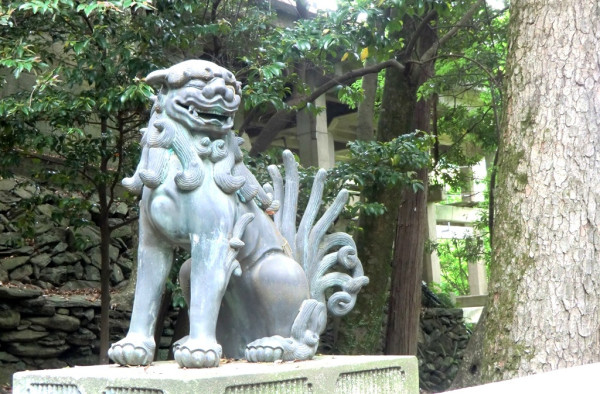 And, when you’re done climbing these last steps, you finally reach the main shrine!

But before getting to it, let’s “reflect” a second on this last bit of climb that was quite intense: 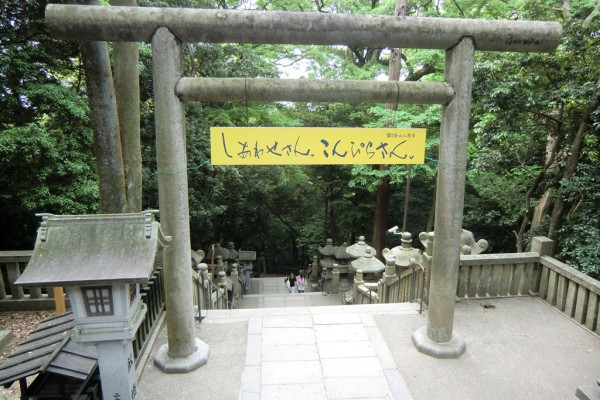 9 thoughts on “Climbing Konpira-san: Last steps before the main shrine”