I left you last month with Ōkyo Maruyama’s tigers, and while the temple where they’re located is a great place to stay, it’s time to resume our ascension of Konpira-san if we want to reach the top before 2015, don’t you think?

First of all, if you’ve missed the beginning, you can catch up:

OK? You’re all caught up?

Good, let’s move on then.

Right after leaving the temple, the ascension resumes, first with an alley that gently climbs to a small platform where you can admire this wooden horse (the animal can be find in numbers at Konpira, I think I’ve counted four total, both real and statues): 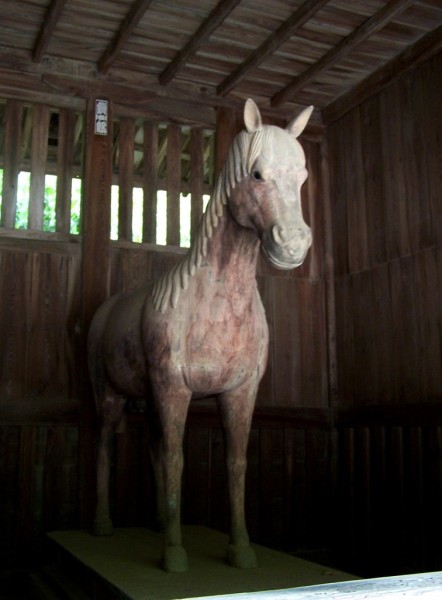 Right after, some quite impressive stairs (one of the three largest from bottom to the main shrine): 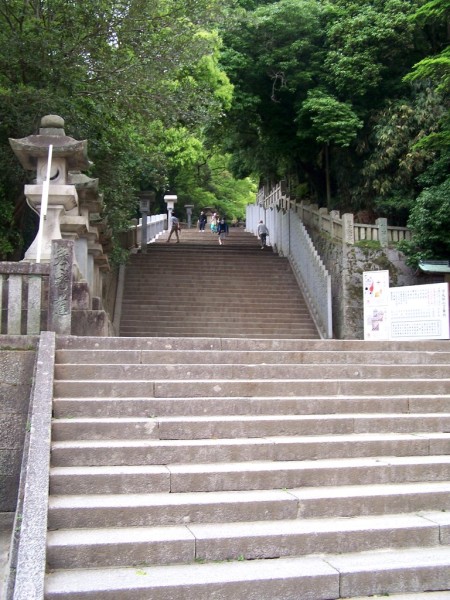 Luckily, there are several small stops to make the ascension more bearable or simply to enjoy the view: 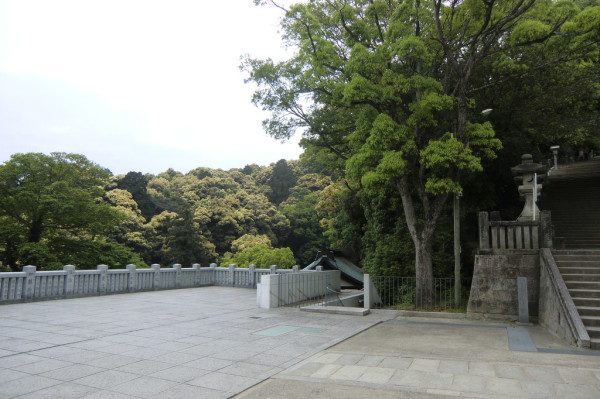 If the platform looks brand new, it’s because it was at the time. If I remember correctly, a pretty strong typhoon hit the area during the summer of 2011 and Konpira was affected by some small landslides that damaged some stairs and platforms (the same typhoon that damaged the road to Ogijima’s Lighthouse, if you’re a long time reader and/or you’ve been there recently).

Reading the previous posts about this climb, or simply on the previous picture, you may have noticed that some of the trees have an unusual color, with yellow shades among the otherwise green leaves. This has nothing to do with the Fall season, as those pictures were taken in May 2012, and that had intrigued me too since even before starting the climb, as many trees all around Kotohira had those strange tones, even if I suspected the reason. You can see more of those colors on these pics: 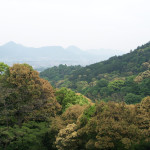 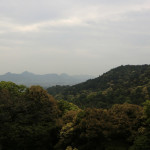 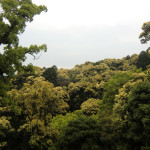 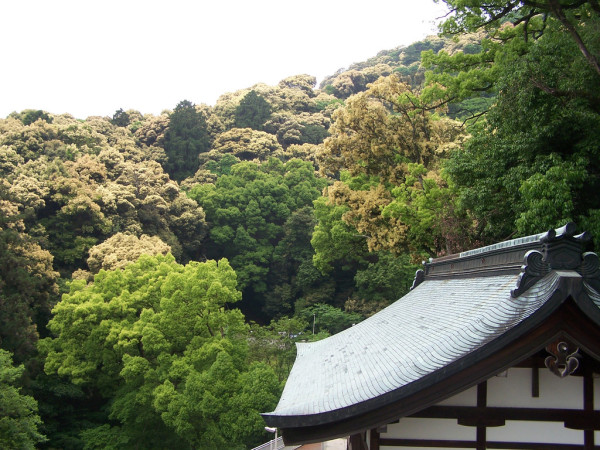 And then, I could get close to one of those trees and just like that, the cat was out of the bag: 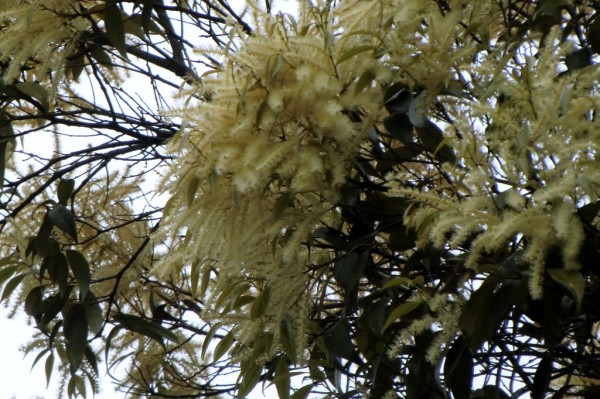 Once that mystery solved, I could start going up the stairs again: 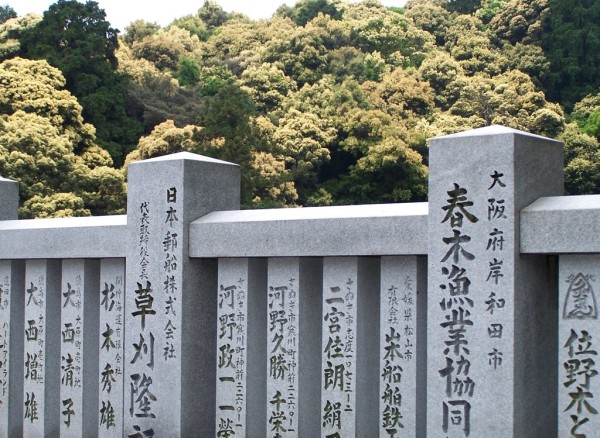 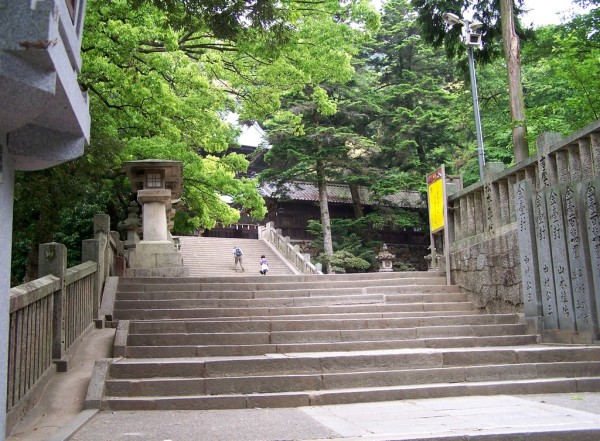 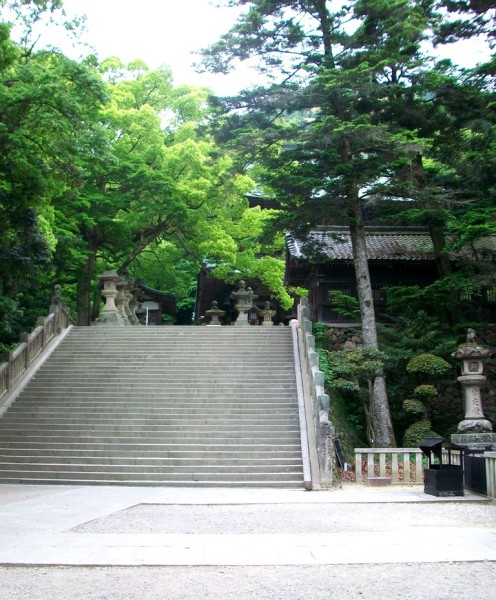 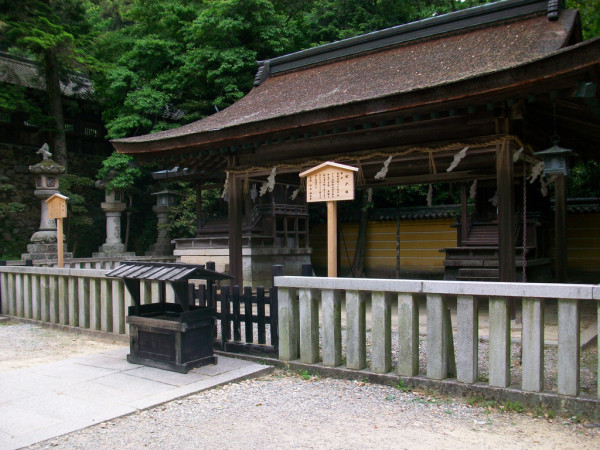 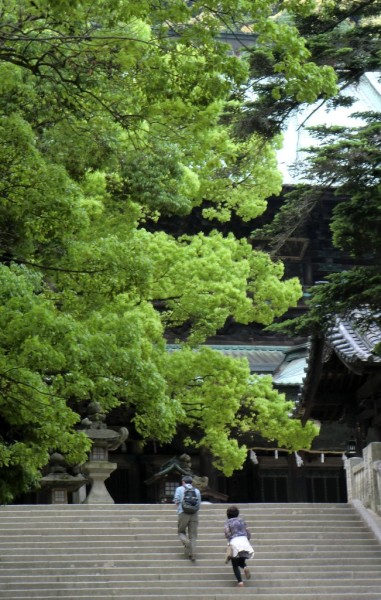 And finally arrived on top of those stairs, we are welcomed by a quite impressive building, the Asahi-sha: 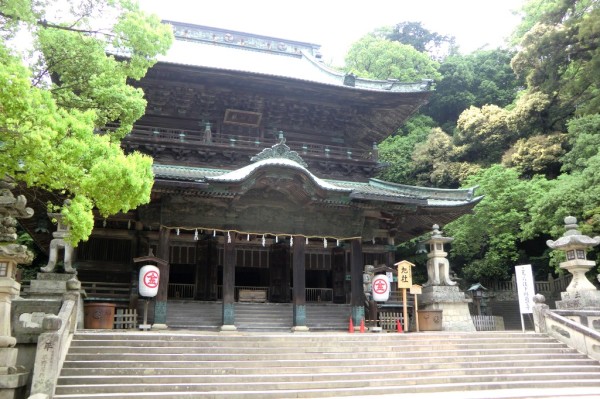 I’m pretty much sure this is the largest building of Konpira-san, however, it is by no means the most important one. Actually, even if it is well-maintained, it doesn’t look like it’s being used very much. I could be wrong, but I think it comes from the fact that this building may have been a building temple back in the days (that’s what its architecture makes me think) when Konpira-san was both a buddhist and shinto place of worship. However, since it became exclusively shinto (during the Meiji era), the buddhist buildings, while not abandoned, aren’t used very much anymore.

Without knowing its history, I kinda assume that the Asahi-sha was probably one of the main buddhist buildings of the place, but nowadays while remaining an important historical building, it is merely an annex of the shrines that compose Kotohira-gū.

In any case, it remains majestic and impressive: 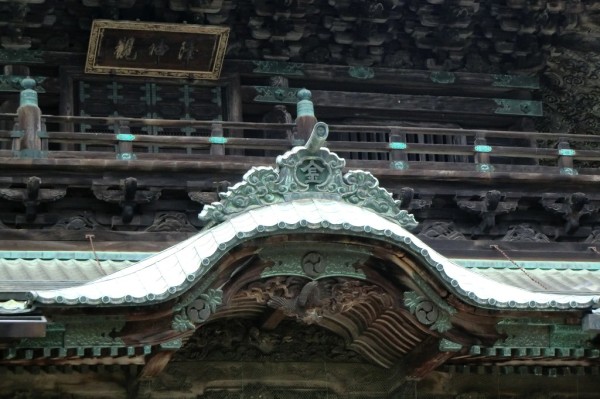 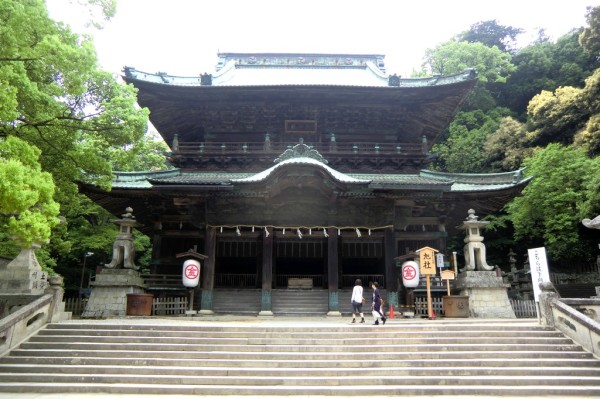 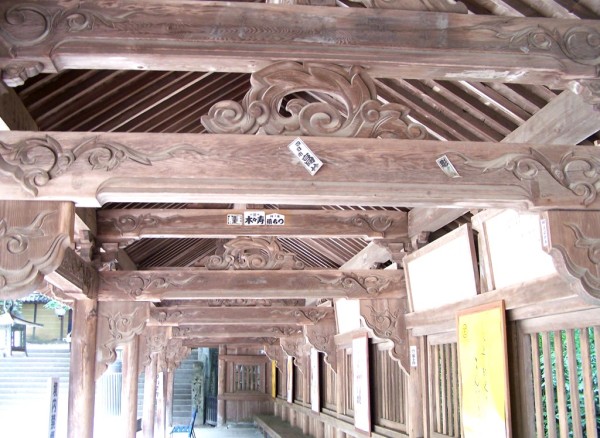 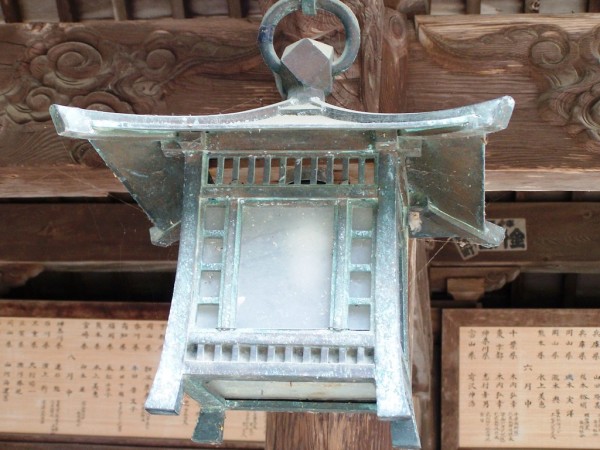 2 thoughts on “Climbing Konpira-san: Second Set of Stairs and Asahi-sha”