Last June, I started a virtual guided visit of Konpira-san (sometimes spelled Kompira-san, but the official name is Kotohira-gū), maybe it’s time to resume it, and hopefully finish it before 2015. 😉

In case you forgot or missed the beginning, make sure you read it before going any further: Konpira-san First Steps.

Good. Let’s move on then.

And it’s with some embarrassment that I realize that during this visit, I didn’t take any picture of the alley connecting the first gate (at the end of the previous post) and what follows. It’s a problem, because it’s one of the most fascinating parts of Konpira-san for me, maybe because when you walk up this alley, especially for the first time, you really have the feeling that you’re entering a different world (at least it was my feeling back then, feeling emphasized by the fact that I visited Konpira for the first time when I had been in Japan for only a few days).

You can see some older pictures of this alley here, here and there. I’ll post better ones as soon as I have some. 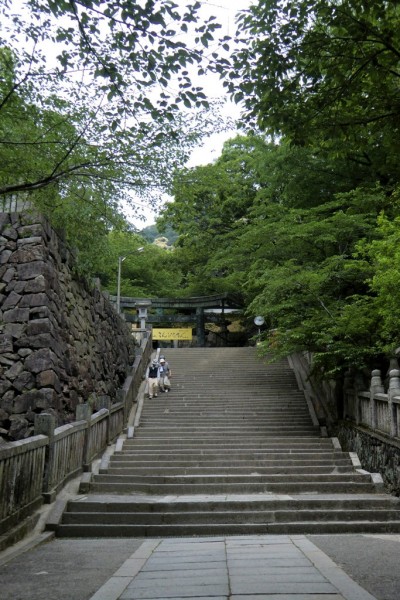 At the end of the alley, those stairs, and then our first stop. 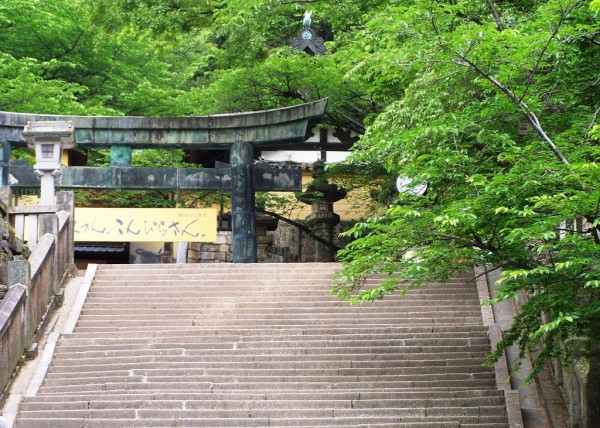 On this first platform, a few interesting things, including a museum that I must visit one of these days, a pretty fine torii, two real live horses, and various sculptures and statues: 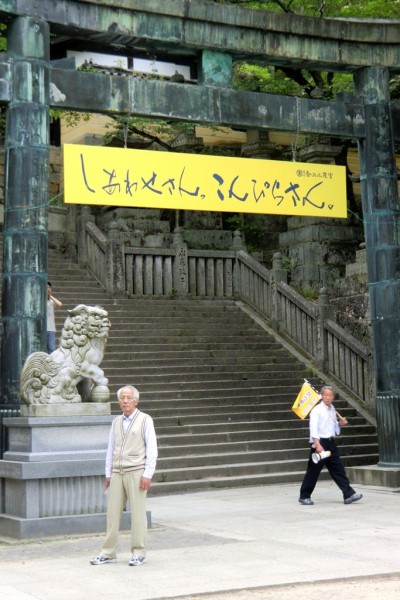 Dear sir, if you’re not happy that I’m blatantly taking a picture of you – because, yes, at this very moment, even if I wish differently, I’m obviously and voluntarily taking you and nothing else – it’s your very own fault. I was getting tired of waiting for you to finish posing. A two minute long pause for a simple souvenir photo that won’t even be good is a little too long if you’re asking me, although I understand that your wife holding the camera is more to blame than you are. 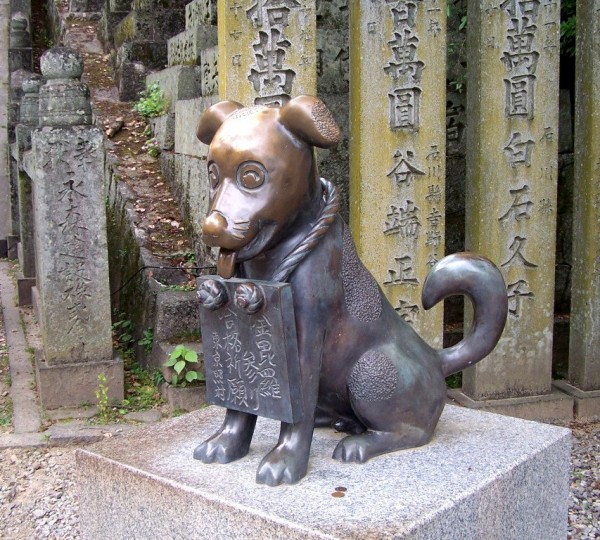 Don’t ask me about this dog’s story, I have no idea… 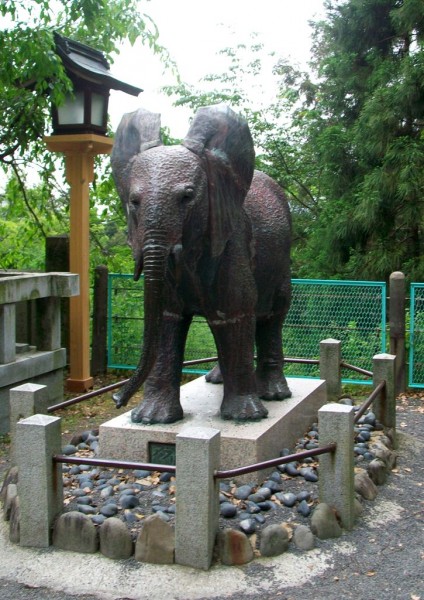 … and I don’t know better about this elephant, especially in such a place. 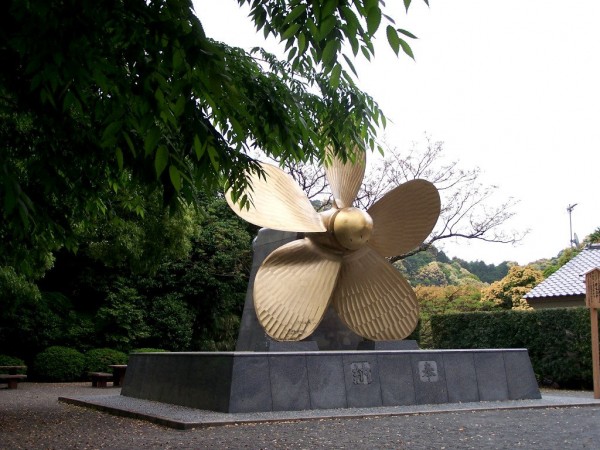 On the other hand, this propeller is not surprising. Konpira-san is a shrine that is mostly dedicated to boats, sailors and seafaring. 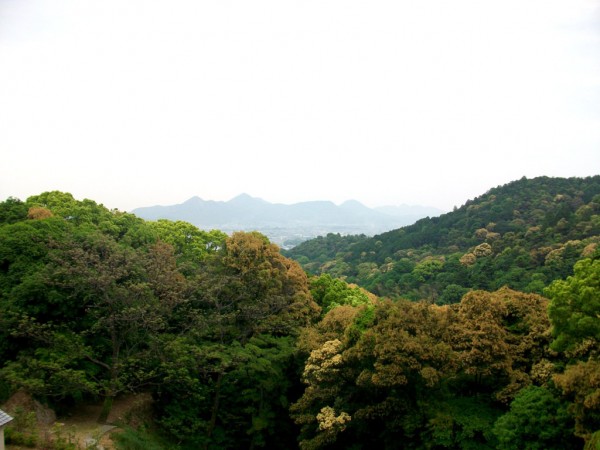 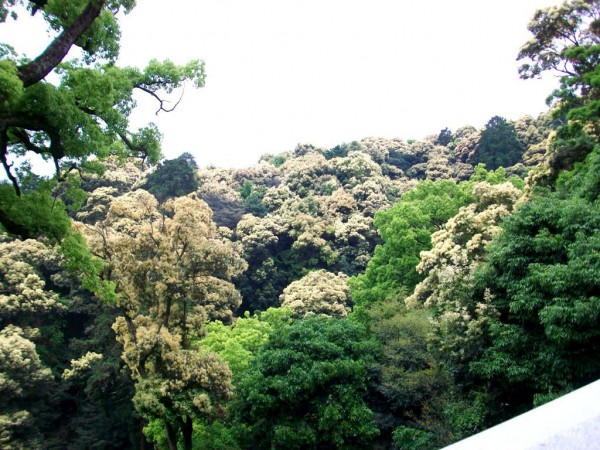 Trees were pretty unique looking that day, giving an even more unreal atmosphere to the place (it was May, and they were in bloom, the yellow color comes from thousands of tiny flowers). 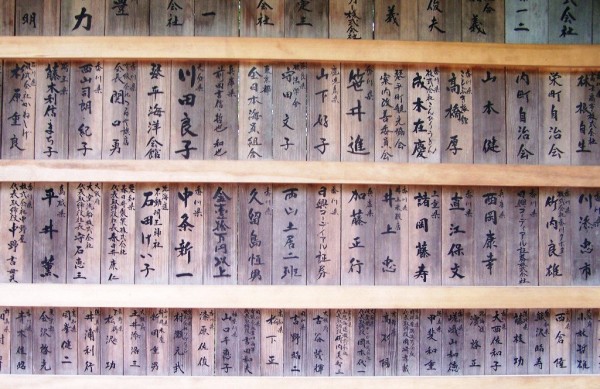 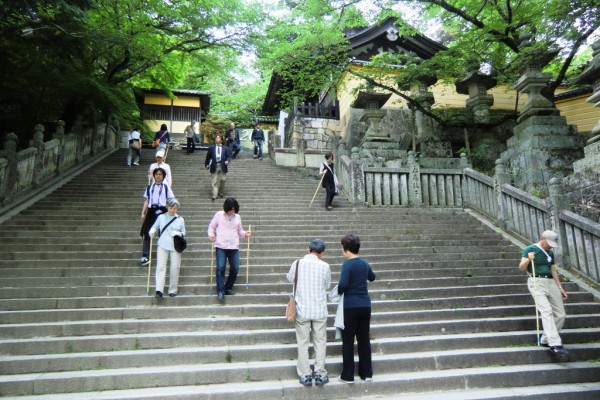 And off we go up this next set of stairs to our next stop.

previousRitsurin Garden in the Fall
nextArt Setouchi – After the Triennale