As you know, the Setouchi Triennale 2013 ended about three weeks ago, but quite a number of artworks are there to stay more or less permanently. They will remain accessible for the next few months and even years.

Art Setouchi‘s official site has published a list of artworks that are still viewable. I’m giving you the list here with a few extra comments.

First of all, this list seems incomplete. Some artworks that I know to be permanent are not listed. Maybe it’s because they won’t be available again for a while? I especially think of some of the artworks on the “new” islands. For example, on Honjima, a good number of artworks were permanent by nature (buildings, garden, etc) however, they’re not on the list. I’m not exactly sure why. I’ll tell you as soon as I know.

Also, this list doesn’t imply that every artwork listed is available every day. They all have specific schedules, and actually a good number is closed right now, I assume that they will remain closed until Spring, as it was the case in 2011-2012. I’ll most likely post a new list, with schedules, in the Spring, when most artworks will be available.

I’m quite surprised to not see Air Diver listed. I had assumed that the work was there to stay. Also according to what Arthur Huang told me, his Houses of Light have been stored somewhere until 2016 (they wouldn’t resist to the external elements for three years. Arthur, if you’re reading this, can you confirm?). Finally, the P.S.S.40 project was maybe going to be permanent, but it has been dismantled for the best possible reason, as Ogijima’s school is going to reopen this Spring (I’ll tell you more about this in due time).

Sunset House is not listed, but if I remember correctly, James Jack told me he’s going to make changes to it in coming months (work on the roof) so I guess it won’t be viewable for quite a while. I’m very surprised to not see Shōdoshima Community Art Project on the list. I was pretty convinced it was going to be permanent.

As I mentioned earlier in the post, I’m pretty certain that some of the artworks on the island are permanent despite not being listed (New Port Masala Blue, In Desintegration and Regeneration, Zenkonyu and Tamping Earth).

Same goes for Awashima, for example, the Sea Library has to be a permanent feature. How about Takamijima, not a single artwork is listed?

There too, where is Beautifully Abandoned? It has to be permanent.

That’s all for the list, I hope you’ll find it useful.

And now we’re ending this post with a small souvenir from the Setouchi Triennale 2013, my Art Passport and all of its stamps: 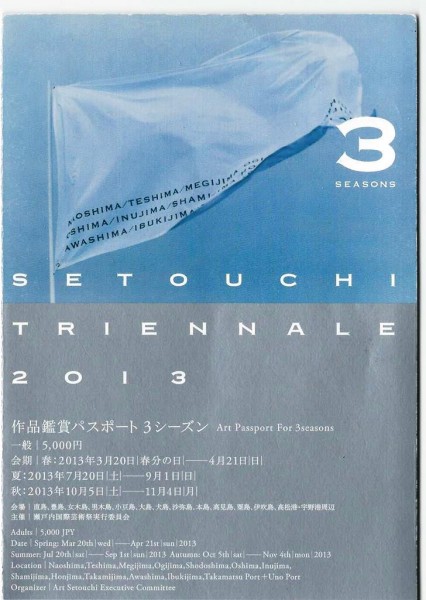 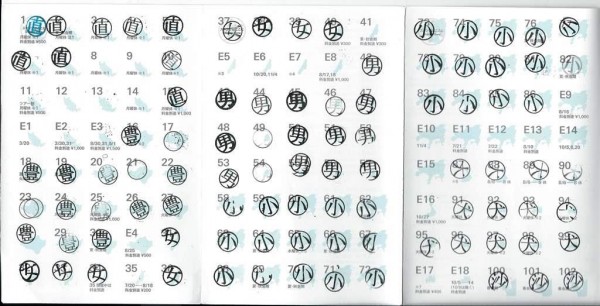 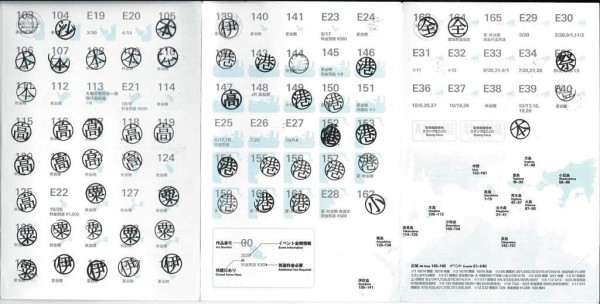 6 thoughts on “Art Setouchi – After the Triennale”