When I read various posts and articles on the web, or when I reply to e-mails from readers, I sometimes realize that a lot of people are confused as to what each term from the title really means, and how they’re different or similar.

So, today, I’m making this glossary that will be helpful, I hope, when you come to the Setouchi area, or before as you’re planning your trip.

Let’s start with the “easiest” and probably most famous:

Naoshima is an island of the Seto Inland Sea of Japan, in the northern part of the Kagawa Prefecture (yes, if it’s geographically closer to Okayama Prefecture and Honshu, the island really is part of Kagawa and of the Shikoku region).

Like a lot of its neighbors, it was heavily industrialized towards the end of 19th Century. Unlike a lot of its neighbors, it still is heavily industrialized as a lot of plants and factories remain on the island to this day, and occupy the majority of its northern half. Those factories are still the main economic activity of the island unbeknownst to many tourists and visitors.

However, Naoshima became famous over the past few years because its southern half has become a contemporary art mecca. To the point that nowadays, it has become very touristy and is considered a must-see destination for whoever visits Japan and is interested in art.

And I assume that if you’re reading this page now, it’s because there’s a good chance you intend to go there in the not too distant future.

If you want to know more about the island, you can see all the posts from this blog that talk about Naoshima through this link. 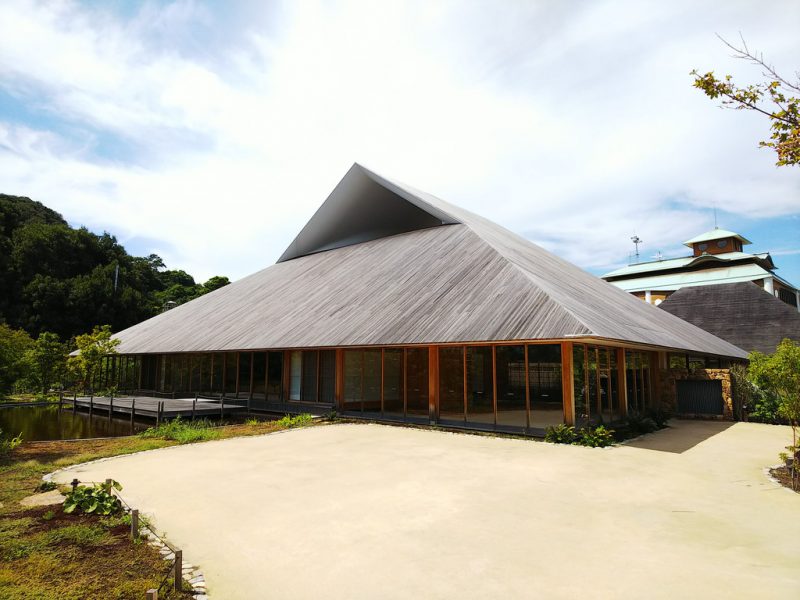 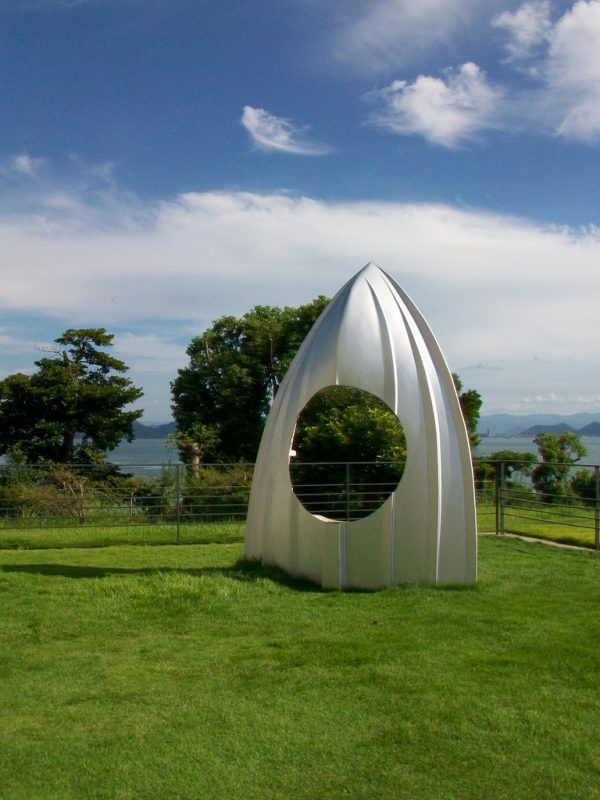 The term Benesse comes from the Latin “ben esse” which means “live well” if I am to believe the official explanation (if you actually know Latin, I’d be glad if you could confirm it).

Oh, and it’s pronounced “Ben – Eh – Seh.” A while ago, I was on the bus on Teshima and two women with an accent that I’m not too familiar with (New Zealand? probably) were constantly talking about Venice (except that it sounded like “Benice” I assumed it was their accent) in the middle of talking about Teshima and Naoshima. I couldn’t figure out why. Had they been to the Venice Biennale and comparing events? It took me a while to understand that they were just butchering “Benesse.” So, please, don’t be these women. 😉

Under this term are grouped several things, starting with:

It is a major publisher in Japan, specialized in education. It is one of the largest publishers in Japan, and it also owns various schools and such (do you know Berlitz Language Schools? Well, Benesse owns them for example).

In the mid-80s, Soichiro Fukutake inherited the company from his father, as well as his fortune (estimated at a bit more than one billion dollars nowadays). He also inherited the project that his dad had on Naoshima. The latter had bought a large part of the unexploited southern half of the island, and as a collaboration with the island’s mayor, he had just started a project of a large campsite to welcome children from all over the world in order to turn this part of the island in a place for cultural and educational exchanges. The  Naoshima International Camp remained open for a couple of years (where the Benesse House Park is currently located). Naoshima’s very first permanent artwork, Karel Appel’s Cat and Frog, dates from that time. However, the campsite would be soon replaced by another different project, because what Soichiro – now in charge of the Fukutake Foundation – really cares about is contemporary art.

With the help of his friend Tadao Ando (who also took part in the International Camp project), they designed and opened the Benesse House Museum in 1992. It is the first of more than twenty museums, galleries, and installations that have been created in the region since. They are collectively known as:

Under this name, you’ll find all the sites that belong to the Fukutake Foundation. They are located in various locations and on several islands (not just Naoshima).

As I’m typing these lines, 21 sites and projects can be found under this appellation (and a few new ones will probably join them later this year – I’ll update this page in due time): 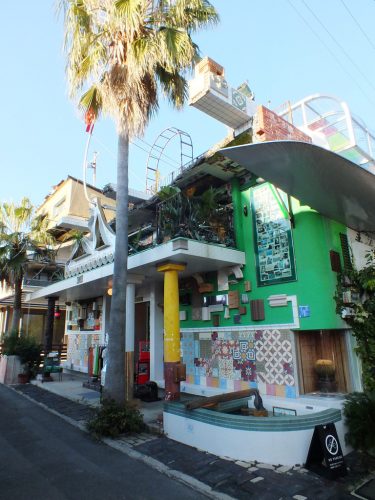 All of these sites in addition to some other ones are collectively called Art Setouchi and are part of the Setouchi Triennale. What are they exactly? What is their difference? Let me explain.

The Setouchi Triennale is an art festival (“art” being taken here in the widest possible meaning, including contemporary art in all its forms of course (not to be confused with modern art), but also architecture, crafts, cuisine, and more). It takes place every three years as you will have guessed from the name. Actually, I’m not sure why the Italian term is used and not the English one, especially because a literal translation of the Japanese name is simply “Setouchi International Art Festival – I assume it has something to do with the Venice Biennale. It is located in the eastern part of the Seto Inland Sea in Japan, one of the nicknames of the sea being Setouchi (pronunciation tip: the “ou” is two sounds, an “o” and a “u” as in “put” it’s not the “ou” you hear in “cloud”), also not to be confused with Setouchi City in Okayama Prefecture. 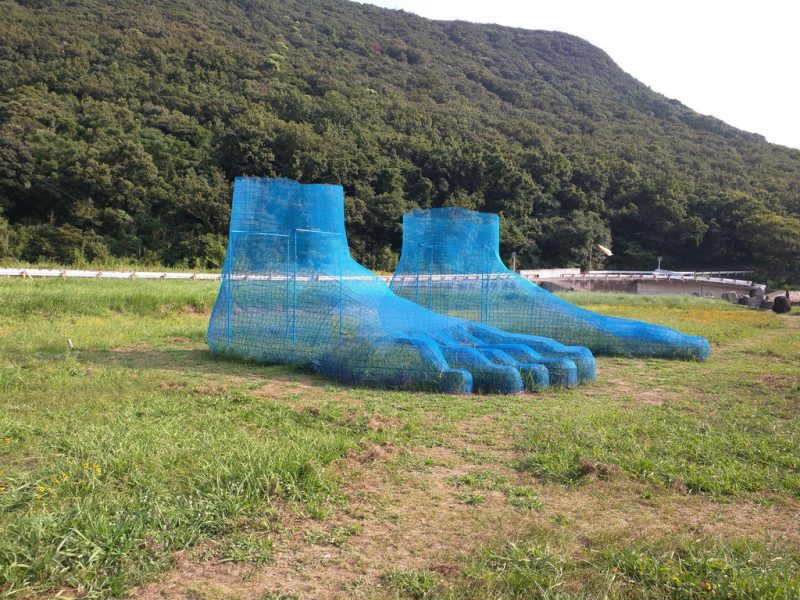 The festival is the brainchild of Fram Kitagawa, one of the most influential art directors in Japan with his company Art Front Gallery in Tokyo. He’s also the creator of the Echigo-Tsumari Art Field (the Setouchi Triennale’s older sibling) as well as other more recent similar cultural events (Oku-Noto Triennale in Ishikawa and the Japanese Alps Art Festival in Nagano, both since 2017, and a similar festival in Shanghai in 2018).

What is special about those festivals in general and particularly the Setouchi Triennale, is that their goal is to revitalize rural regions of Japan that are badly hit by depopulation through art and other cultural activities. 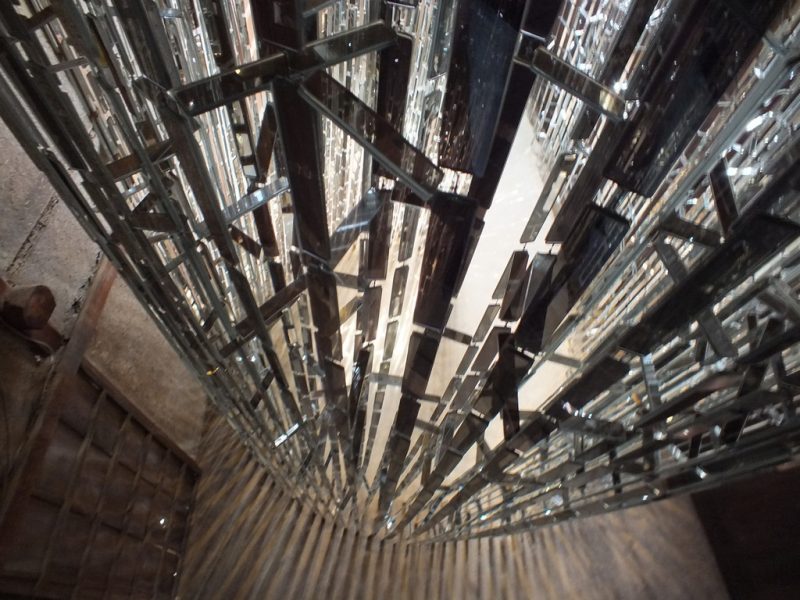 The Setouchi Triennale’s first edition was in 2010 and it became one of the major cultural events in Japan almost overnight. The festival takes place on 12 islands and two ports in the prefectures of Kagawa and Okayama.
Awashima, Honjima, Ibukijima, Megijima, Naoshima Ogijima, Oshima, Shamijima, Shodoshima, Takamijima, Teshima and the city of Takamatsu for Kagawa. Inujima and Uno Port, located in Tamano city, for Okayama. I invite you to read this current site as much as you’d like in order to find more information about the Triennale.

One thing some visitors get confused about at times is that the Setouchi Triennale is not centered around Naoshima and it is not managed nor organized by the Fukutake Foundation. It is just one of the many participants at the festival. Sure, it’s an important one, but it doesn’t organize the festival. It is the Setouchi Triennale Organizing Committee who is in charge of that. This committee pertains to the Kagawa Prefecture (and Art Front Gallery to some extent), not Benesse Art Site Naoshima. 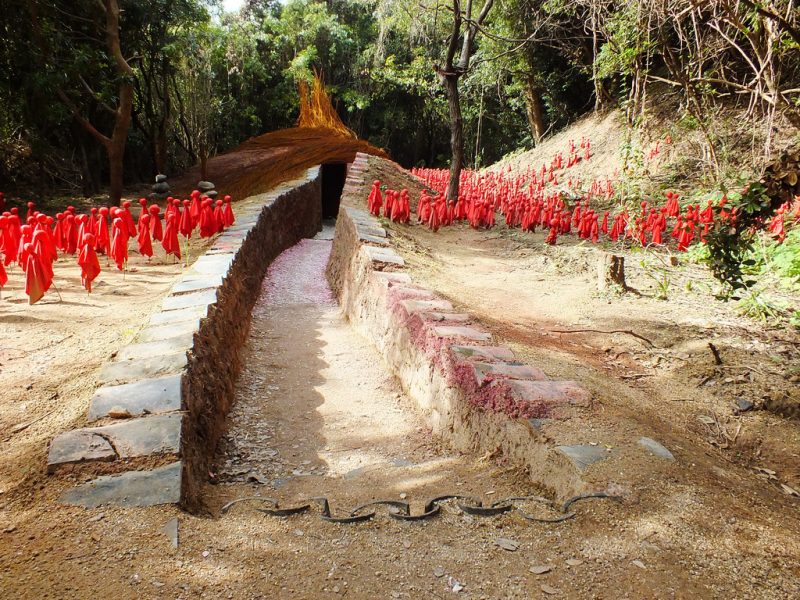 “From Birthing Hut to Mourning Rites” by Hiroshi Furugori on Honjima

I want to insist on this point because I regularly get messages from people who want to attend the Setouchi Triennale but who pretty much only include Naoshima as a destination. Usually, because they don’t want to spend more than one day in the region and Naoshima is the most famous island…

Of course, I understand that you may not have the occasion to return to Naoshima at a later date, but in that case, why spend only one day in Kagawa? Stay at least two and spend another day on one of the lesser-known islands. It is on the islands that are not part of Benesse Art Site Naoshima that most of the fun is at during the Setouchi Triennale and where the festival “makes sense.” I’m sure Tokyo won’t mind if you spend one or two fewer days there (honestly, do you have to spend half of your trip to Japan in Tokyo when there are so many wonderful things to discover all over the country?) And if you currently live in Japan, or have the chance to visit on a regular basis, you have no excuse to not come and spend several days and visit several of the islands. 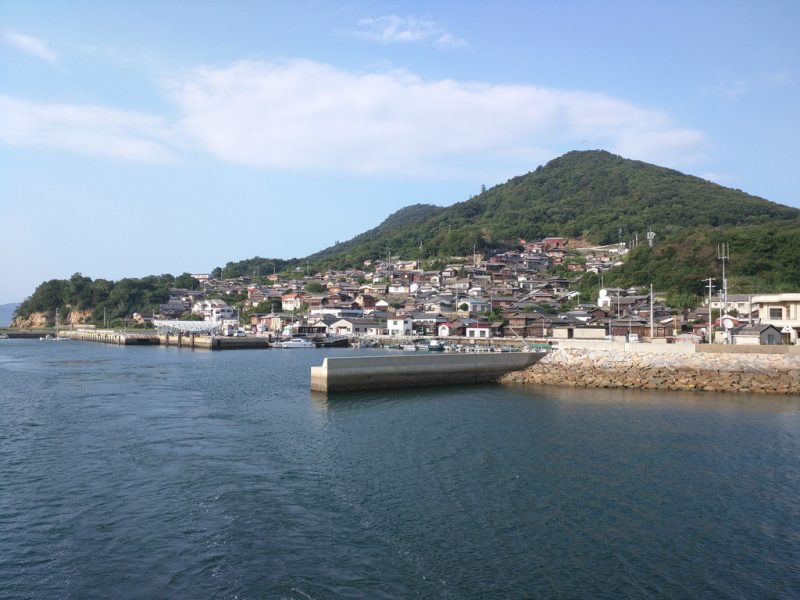 Finally, the last term of the list today is probably the lesser known:

Art Setouchi is a Japanglish term that encompasses pretty much everything related in any way to the Setouchi Triennale. The expression is mostly used during years when there is no Triennale and it includes all the permanent art that can be visited between two art festivals as well as various cultural events that are organized on the islands during those periods. Yes, keep in mind that a certain number of the artworks are indeed permanent. That includes all of Benesse Art Site Naoshima as well as many artworks on all the 12 islands.

So, even if you travel to Japan on a year when there is no Triennale, you should still come to Kagawa to enjoy some of the art that is still there. 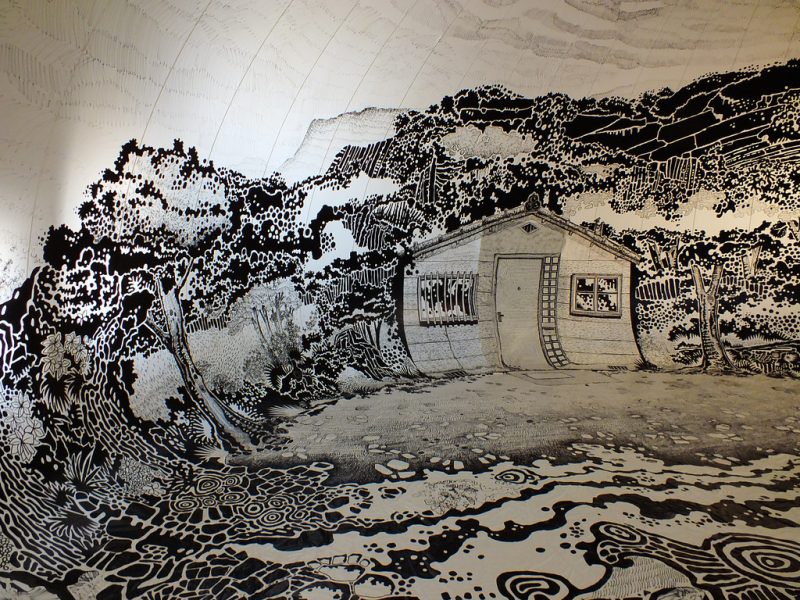 We’re almost finished here and before doing so, here is a short summary: 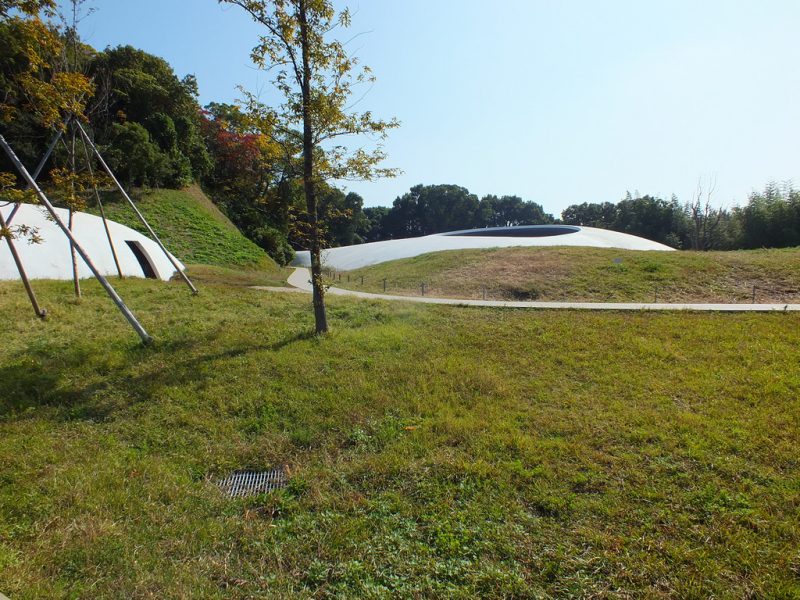 I hope that now you understand the differences better.

However, if you have a question on the topic, do not hesitate to contact, but first let me invite you to look at this page, the answer is probably already there: 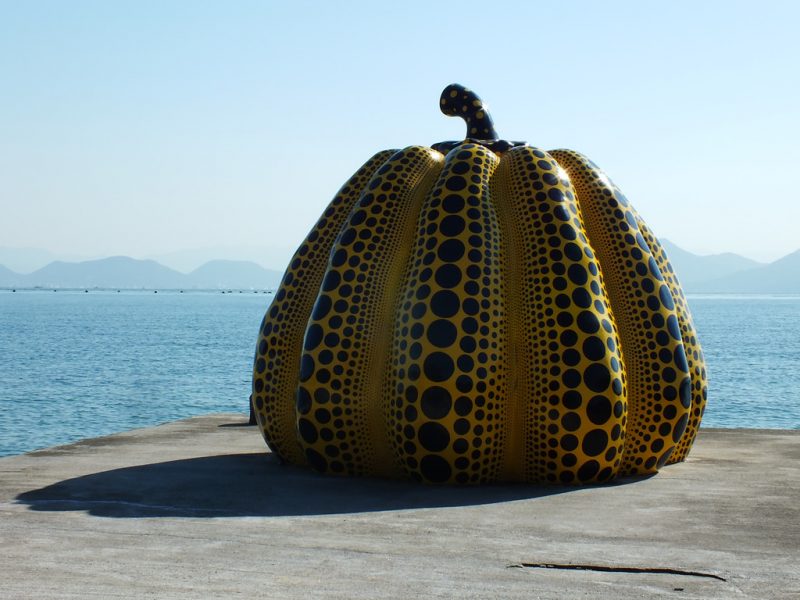 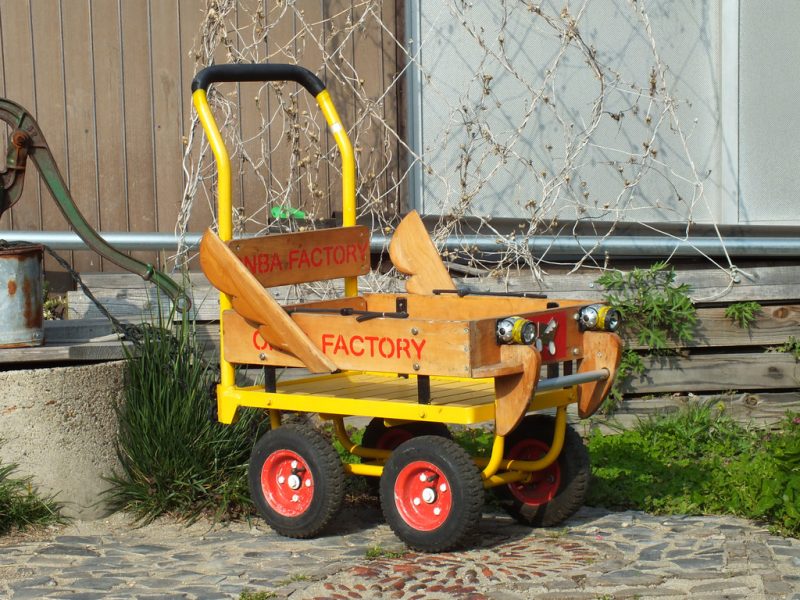 Finally, this post is part of the Setouchi Explorer FAQ series. You can find more questions and answers if you click on the logo.