It’s been more than one year since I visited the Teshima Art Museum for the first time, so maybe it’s time that I tell you about it, isn’t it?

And actually, it won’t be just one post but a series of posts. The place is so exceptional that it deserves as much. 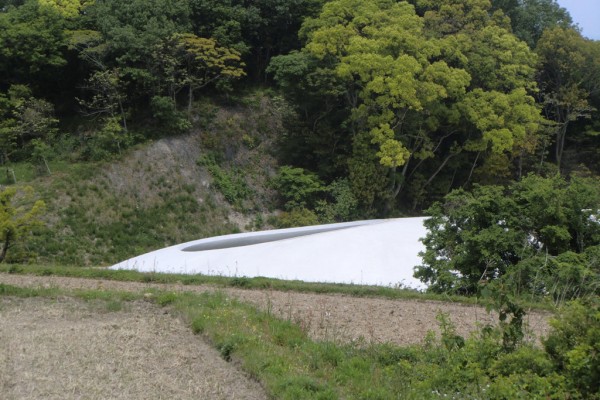 Let’s start with the beginning. In 2004, shortly after the Chichū Art Museum’s opening on Naoshima that Soichiro Fukutake (director of the Naoshima Fukutake Art Museum Foundation, i.e. almost everything that has to deal with contemporary art on Naoshima and around, Teshima included) thought about creating a place where “architecture, art and nature become one”. The commissioned architect, Ryue Nishizawa becomes very fond of the idea and after several visits on Teshima, he decides to design a building that would have the shape of a water drop as it hits the ground. 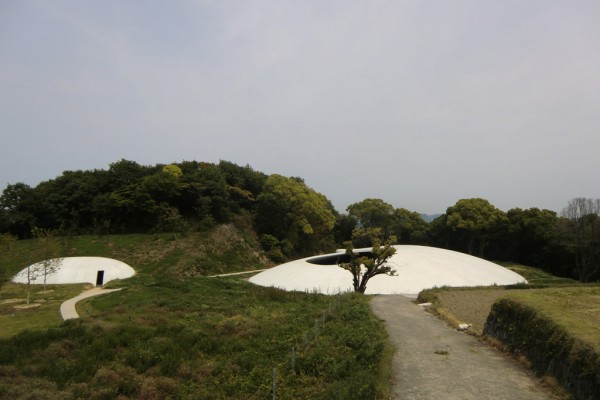 The building that was almost hand-drawn was a real challenge to build as it is an empty shell, very long and very flat (about 60m long, 40m wide and no more than 4.5m high at its highest point). The structure has no pillar and no supporting wall, and the concrete shell is very slim, about 25cm thick. With such a unique building, the construction was unique too, and many building techniques had to be designed with the building itself. 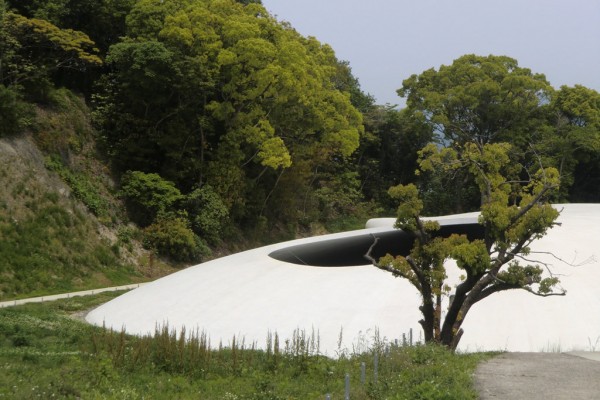 In order to build this shell, a mold was directly dug from the ground and made from the excavated soil reinforced by steel bars. The concrete was then poured for 22 hours straight and was made by 120 mixers. It was then left to dry for five weeks and six more weeks were necessary to remove the soil from inside the shell. This video will give you a better idea of what I’m talking about:

And as you see on the pictures, the other particularity of the building are the two big holes that serve as light sources. They are not closed by glass or anything else, they literally are holes. Because of them in the Teshima Art Museum interior and exterior spaces are not separated and are indiscernible from each other. 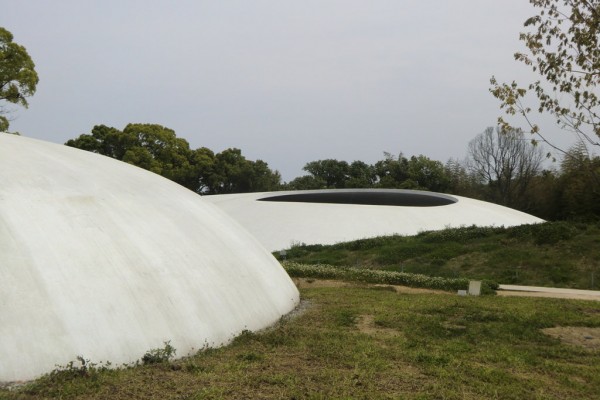 Another thing that emphasizes that aspect of the place is that the visit starts with the short walk outdoors and around the small hill that is right next to the building. As such, one is still outdoors a few minutes after having “entered” the museum, because keep in mind that it is a place where nature, art, and architecture become one. And they really do. 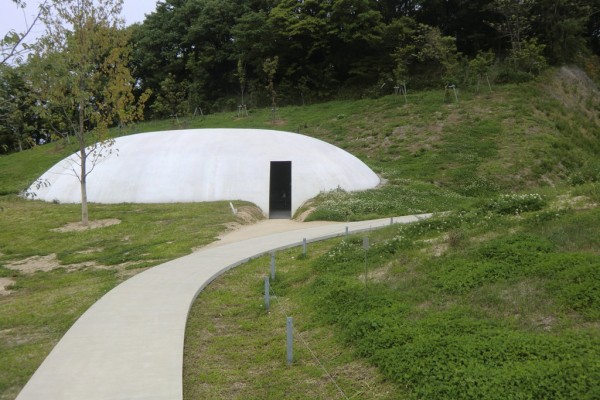 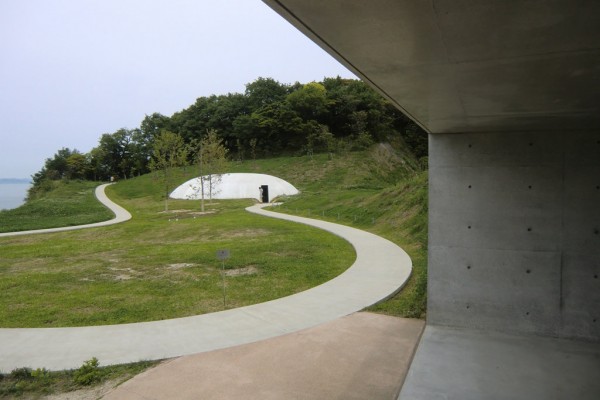 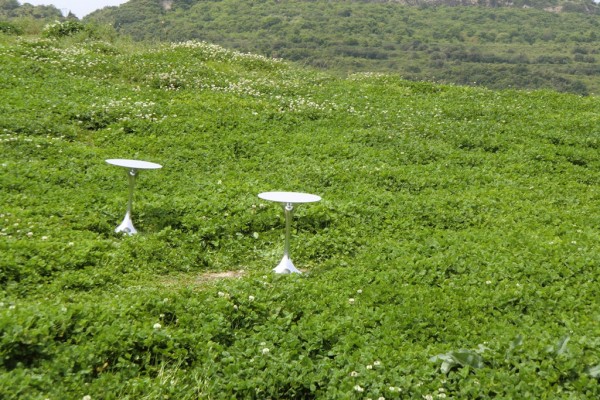 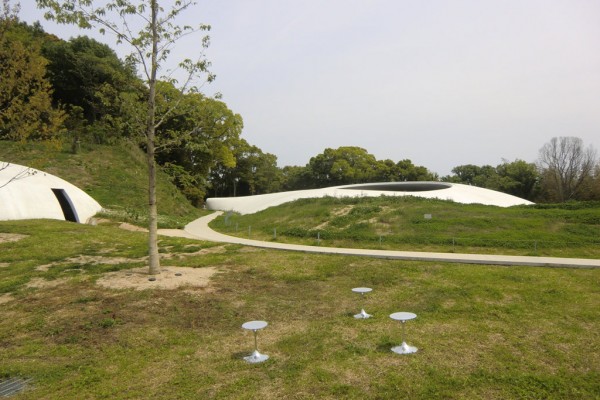 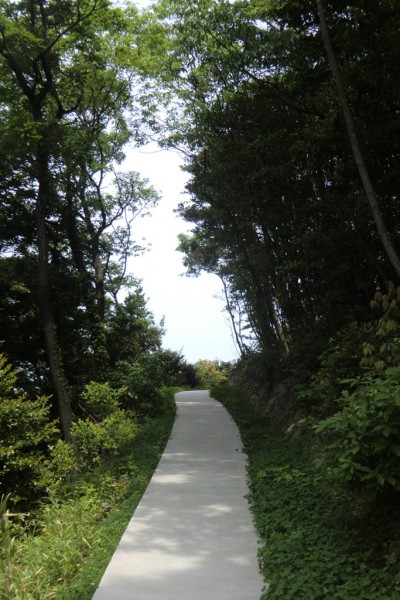 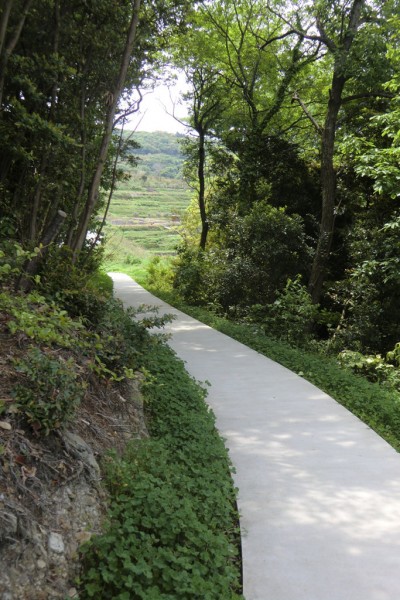 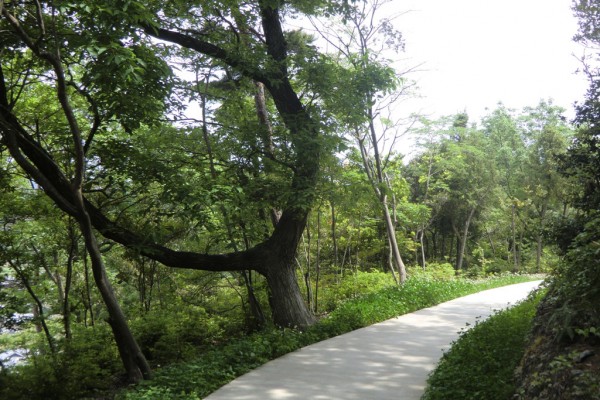 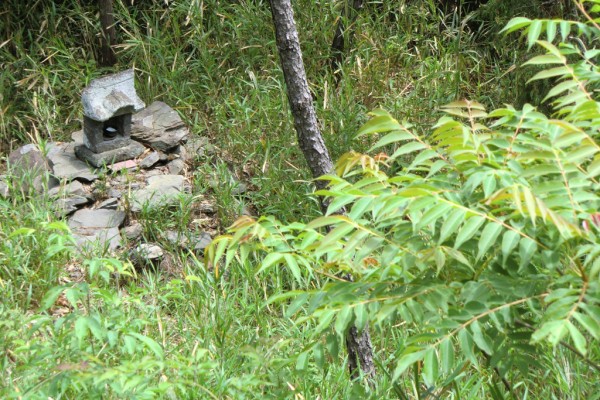 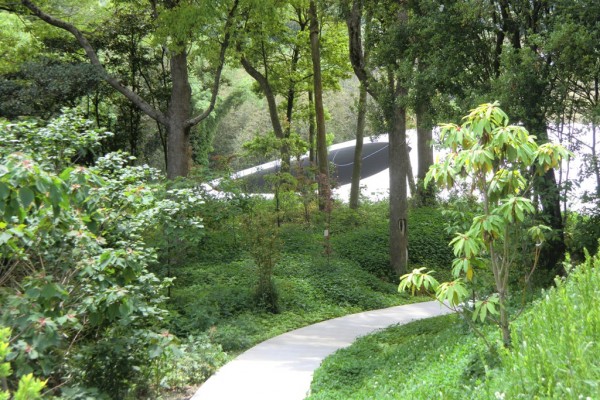 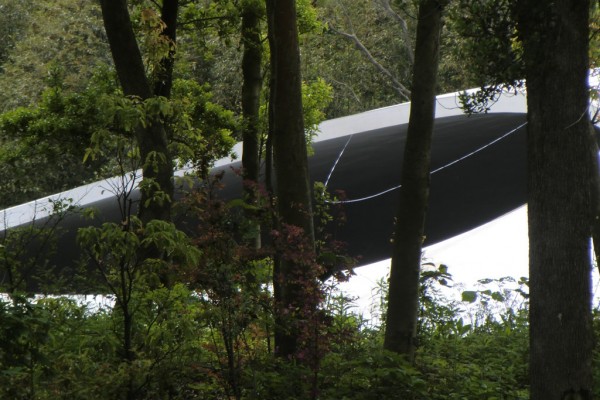 And by the way, when you go to a place called Teshima Art Museum, one of the first things that come to mind is to wonder what kind of art this place houses.

The answer is very simple. There are two works on art in it.

The first one is nature itself!

The second one is called Matrix by Rei Nato. It’s an integral part of the building, and it’ll be the main focus of my upcoming second post about the Teshima Art Museum.