The day before, instead of returning to Takamatsu, we spent the night in Tonosho port on Shodoshima (I’m directing you to a previous post if you’re not sure what I’m talking about).

The reason was simple; the goal was to go to Inujima and this island is not easy to reach from Takamatsu. To get there, you first need to get to Teshima or Shodoshima, so why not just stay on Shodoshima as we were already there. It didn’t save us any money, but it saved us a lot of time as well as gave us more flexibility. 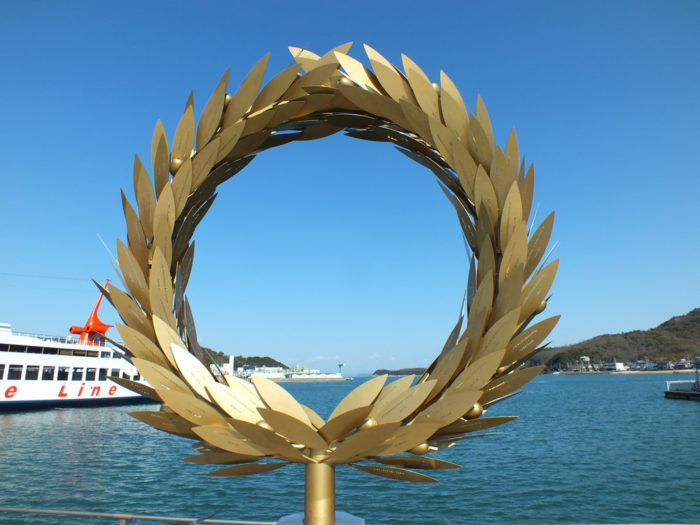 Gift of the Sun by Choi Jeong Hwa, a very simple, but still beautiful artwork in Tonosho Port. 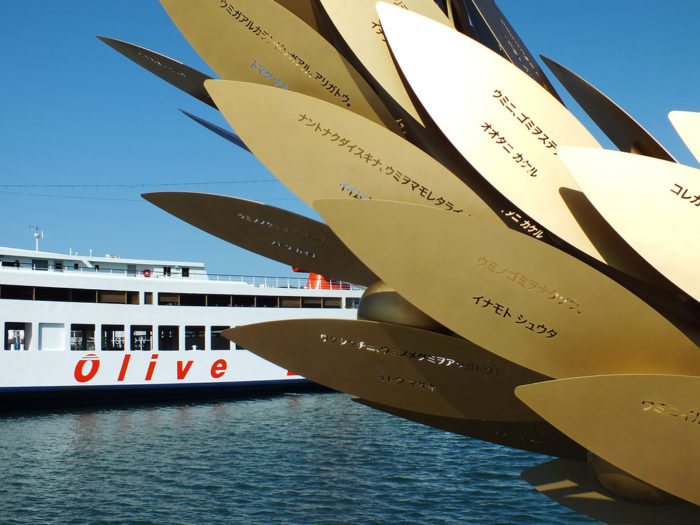 Once on Inujima, we headed straight to the Seirensho Art Museum, a collaborative work by Yukinori Yanagi and Hiroshi Sambuichi. I can’t believe I never talked about it on the blog, as I believe it to be one of the major artworks of the Setouchi Triennale. To my defense, it’s only the second time I go there (told you Inujima is hard and expensive to reach from Takamatsu).

So I’m gonna write a few lines here before writing a full post as soon as possible (I can’t give you a date though).

First, you need to know that in the 19th Century, during the modernization of Japan, a copper refinery was built on the island. A typical example of environmental destruction caused in the name of modernization. I let you imagine the environmental toll such an industry must have had on such a small island (it’s easy to see if you pay attention when you visit the place). And for reasons that I don’t know (some research will tell us), the refinery closed down just a few decades later, in the 1910’s and remained as a giant ruin for most of the 20th Century, until the Fukutake Foundation started to get interested in it when it decided to expand its Art Sites beyond just Naoshima.

This is how Yukinori Yanagi and Hiroshi Sambuichi got involved as they were commissioned to turn these ruins into art and create the Seirensho Art Museum. This transformation was two-fold. First, parts of the remaining buildings were turned into a great installation, but I can’t show you any pictures of it (as with every other indoor artwork belonging to the Fukutake Foundation, pictures are not permitted) and it would be pretty hard to describe (and it would spoil the discovery – if you insist, you can see a few on Yanagi’s website, linked above)), in pure “sambuichian” style, it uses natural sources of energy (namely light, heat and air) to create a fascinating experience. The second part are the ruins themselves. They have been made “visitable”, as least parts of them, you can’t exactly wander anywhere you want in them, risks of collapses and cave-ins are very real.

What you see is a very unreal and eerie landscape that is not without a very unique charm and beauty. 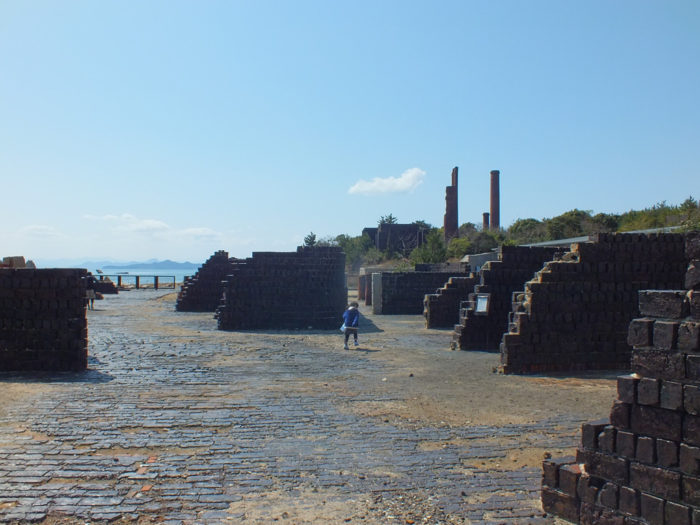 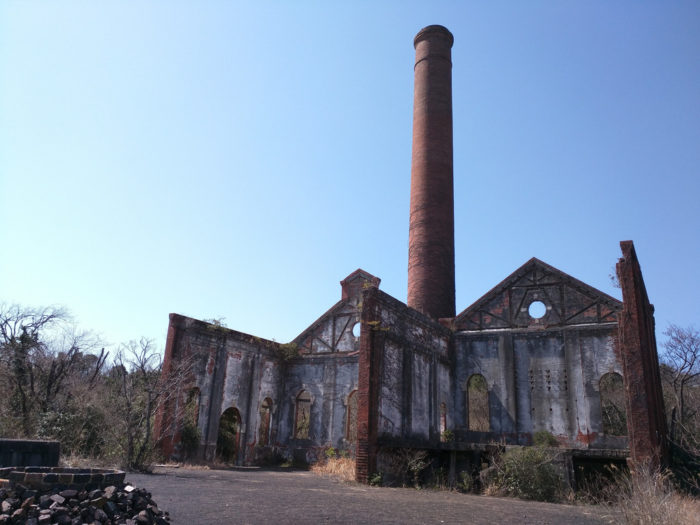 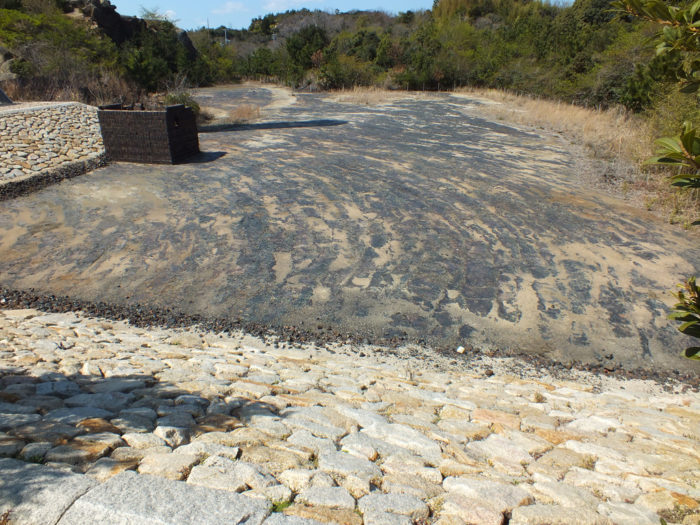 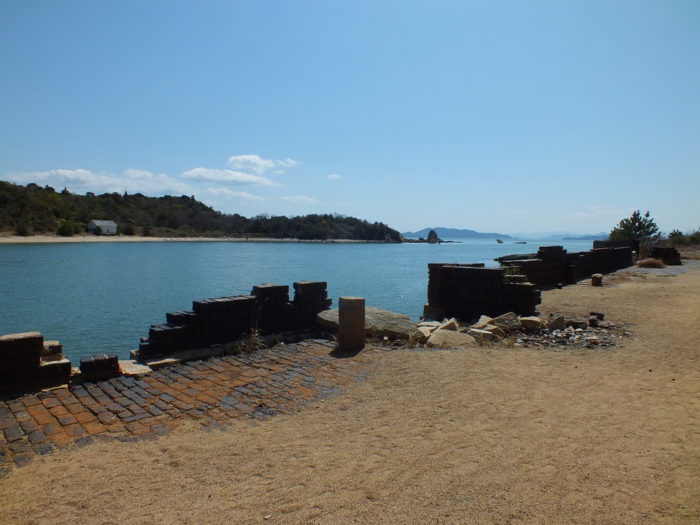 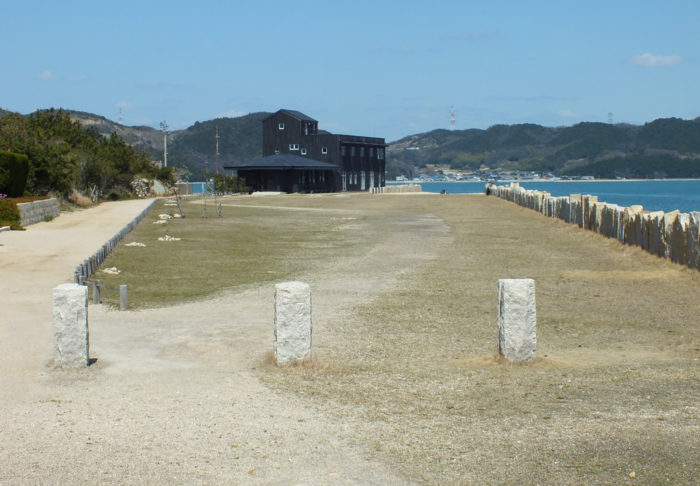 Inujima’s Visitor Center, where you’ll buy your ferry or museum tickets if needed. There’s also a small restaurant and gift shop, as well as a interesting video installation about the setting up of most art on the island.

Just like Naoshima, Inujima also has its Art House Project, even though it’s slightly different. On Naoshima, most buildings involved are very old buildings that have been refurbished to host contemporary art, on Inujima, most buildings seemed to have been built with that goal in mind. They do have a traditional style, though. And while, I really like new buildings built in a traditional way, just like on Naoshima, I’m not completely fond of the art that can be found inside. Some is nice and interesting, some, not so much.

Not too long ago, I had shown you Listen to the Voices of Yesterday like the Voices of Ancient Times, by Yusuke Asai. Here is the updated and slightly modified version of the piece: 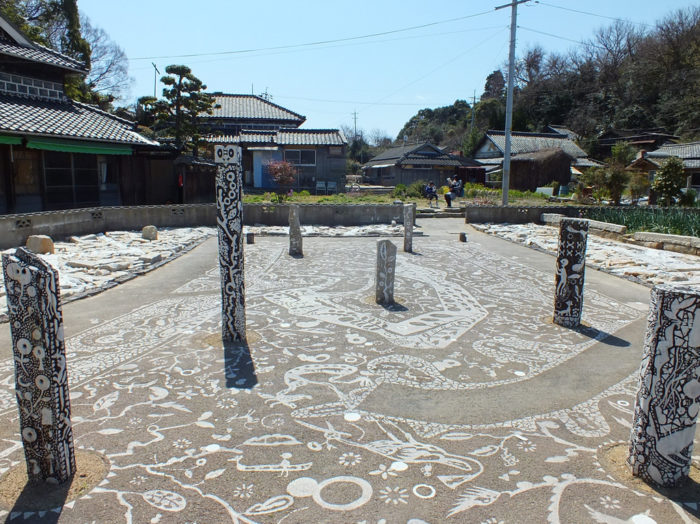 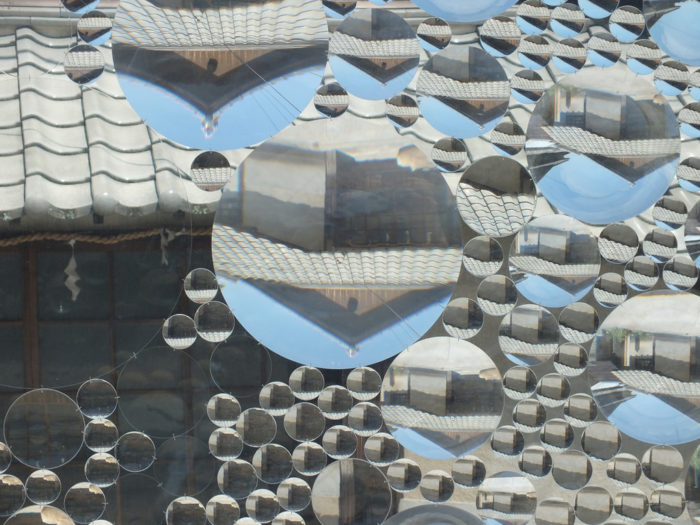 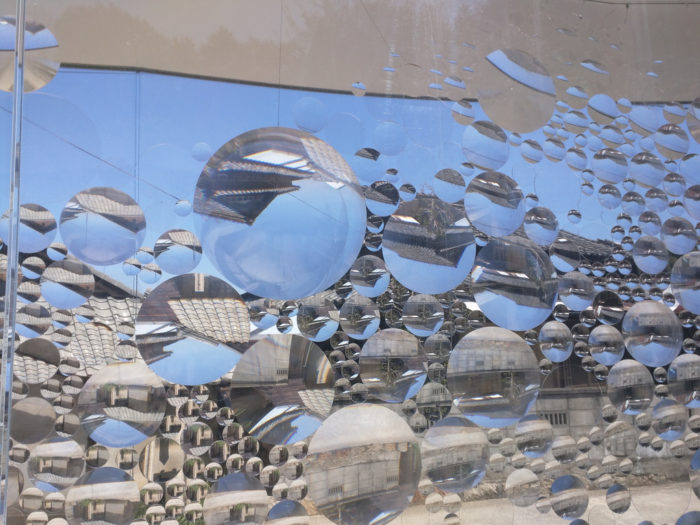 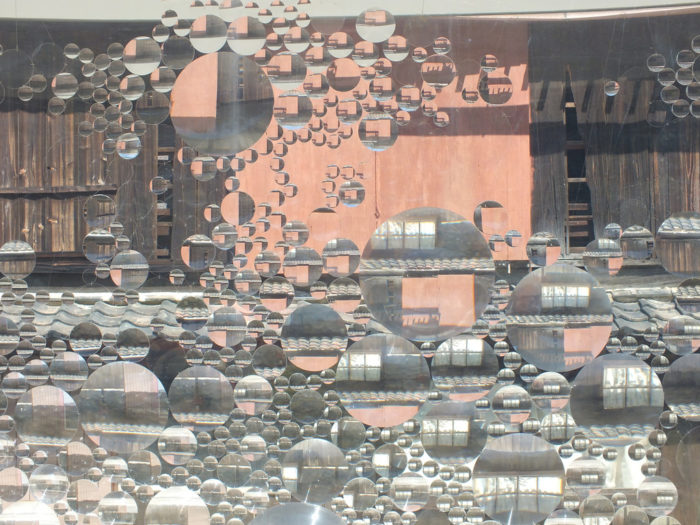 Pretty much right next to it, Reflectwo, by Haruka Kojin too: 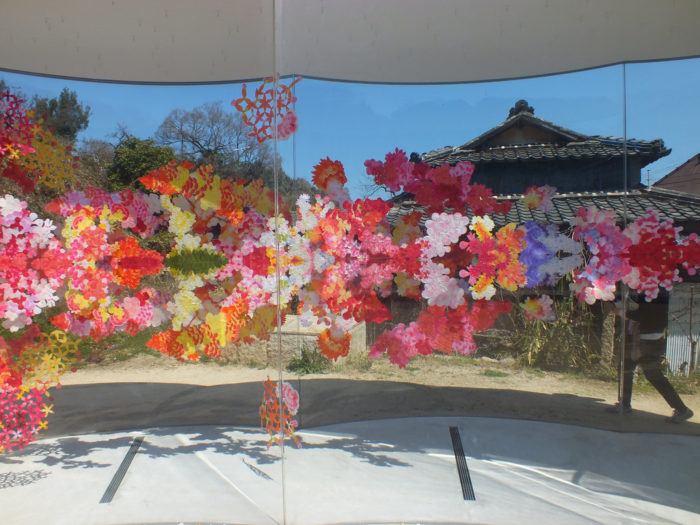 Right after, you can take a break at the Nakanotani Gazebo by Kazuyo Sejima. Well, in theory… Because if it’s a quite beautiful structure, it’s not really comfortable: it’s quite austere, the chairs are uncomfortable, and there’s a very unpleasant acoustics: sounds from under the parabola echo. But it’s beautiful… just not useful… 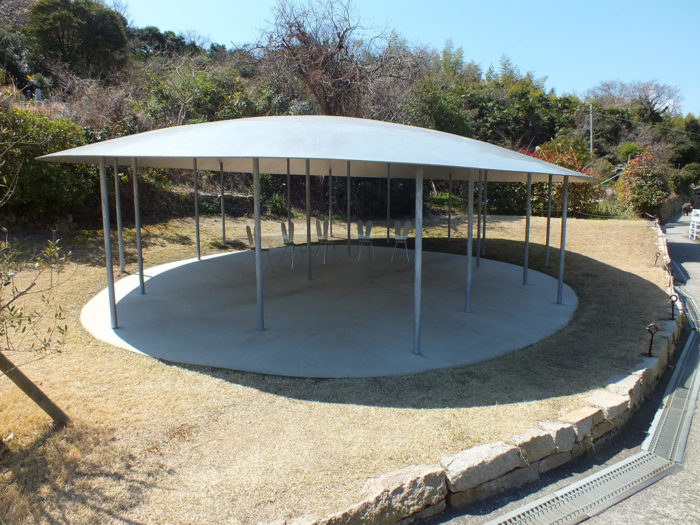 On our way, a poster for this Inujima House Project. It is independent from the Setouchi Triennale, but it seems interesting nonetheless. Unfortunately, we missed it. 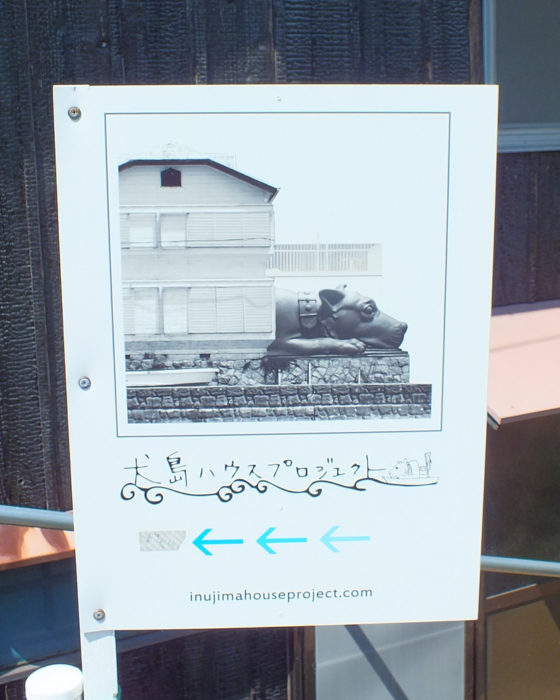 Next, we have Ether by Chinatsu Shimodaira, a beautiful and pleasant installation that I really enjoyed, even more so because the previous artwork that used to occupy that house was probably the one I liked the least of all of Art Setouchi (it basically was a short movie showing two men playing baseball with rocks in a quarry, go figure): 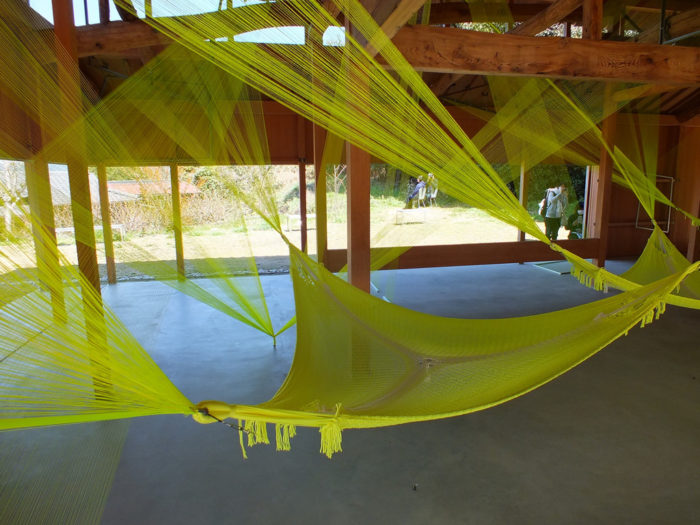 Of course, you can lay in the hammocks…

There are two more Art Houses that I haven’t mentioned, mostly because you can’t take pictures, also they’re not that fascinating.

Inujima is a very interesting island, but it’s also an island that has very few ferries. As a consequence, I never really visited the island beyond the art (I know, shame on me, as it’s always one of my main advice to people visiting the area: visit the islands and experience what they have to offer beyond the art). I was planning to this time, but it fell through once again (because of ferry schedule, and also doing with my kids may not be the best way to do it (difficult to be time efficient with them, and you need to be when visiting Inujima). The main reason is that we had to options to leave the island: an early ferry to Teshima and a late ferry to Shodoshima. The early ferry didn’t give us enough time to visit the island beyond the art, the late ferry gave us too much time, i.e. once we’re done, we’d have to wait a long time, meaning my daughter would get bored and become difficult.

The good thing about taking the early ferry to Teshima was that we got on Teshima quite early and… well… that gave us time to visit things in Teshima, even if that was not our original plan.

And as we very rarely go there (pretty much only during the Triennale) we headed to the village of Ko, as I had been to Ieura and Karato quite recently, and was planning to return very soon. Also, I was intrigued by the new art in the village, namely Teshima 8 Million Lab and the installation it houses, Red Silk of Fate / Tamaki’s Crush. The artist’s name is Sputniko! (exclamation point included). 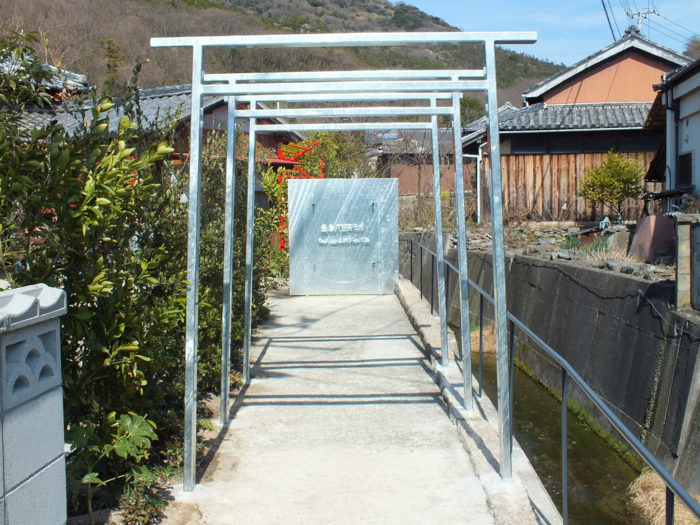 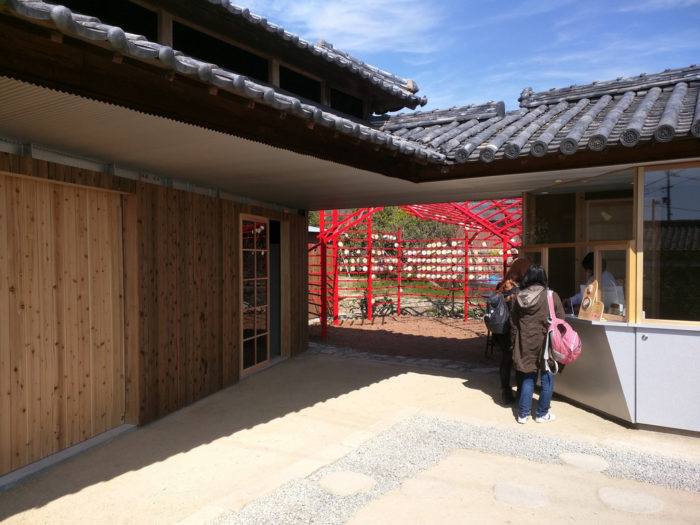 The place is introduced as a mix between a shrine and a science lab. The 8 million in the name comes from the fact that it is said that there are eight million kami (shinto divinities) in Japan – I would have guessed even more. And indeed, when you arrive, it looks like a contemporary shinto shrine. You can even buy ema and omamori (but I find them a bit overpriced). 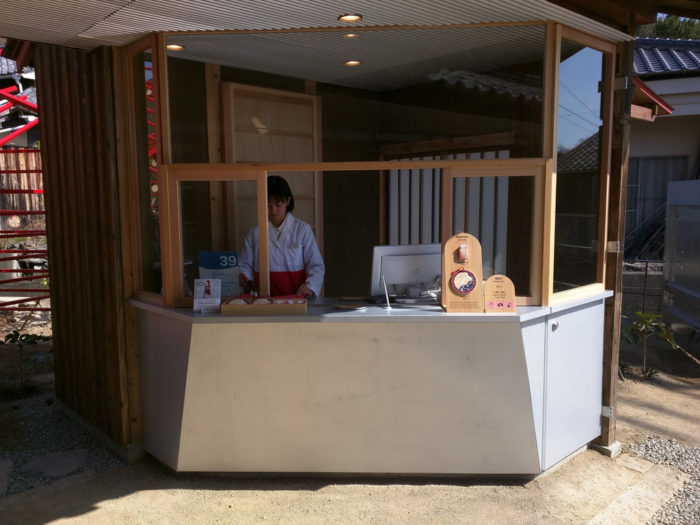 I really like the idea, but once inside (one can’t take pictures, I guess you’re getting used to it by now), I was a bit confused. Pretty much everywhere (official website, guides and more), the place is described as a real lab where art and science would mix. I was very intrigued by that. A real science lab on Teshima? That’d be awesome and an amazing and original way to diversify the revitalization of the island. The truth was a bit disappointing; the lab is just an installation, a fake laboratory made from various elements gathered here and there to make the room look like a lab. Well, I don’t think we can’t blame the artist for that, but rather the way Benesse presented it.

There were supposed to be some objects that combine art and science, I’m especially referring to the red silk of he installation’s title. Silk that would have been produced by genetically modified moths. I unfortunately missed it – the place was quite crowded, and at that moment, I was a bit disappointed to not find a real lab there.

What is this red silk anyway?

The red silk of fate is, in Japanese mythology, a thread that the gods tie between two people who are meant to be together (I had first been introduced to it by Takeshi Kitano’s Dolls, a wonderful movie that you should watch if you haven’t yet). Apparently, Sputniko! collaborated with scientists from the NIAS (National Institute of Agrobiological Sciences) to design genetically modified silkworms that would produce the red silk of fate. For this, they have been added a gene allowing them to produce oxytocin, a hormone affecting social bonding, empathy, and to a certain extent, love. They also have been injected with genes from a red luminescent coral.

The idea is that science has been demystifying popular beliefs and myths for quite a while. Now, it could help making them real.

(those explanations are paraphrased from the artist’s site) 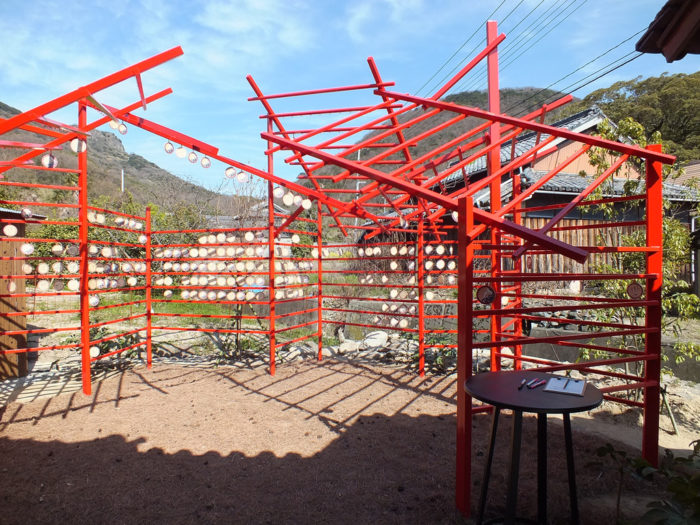 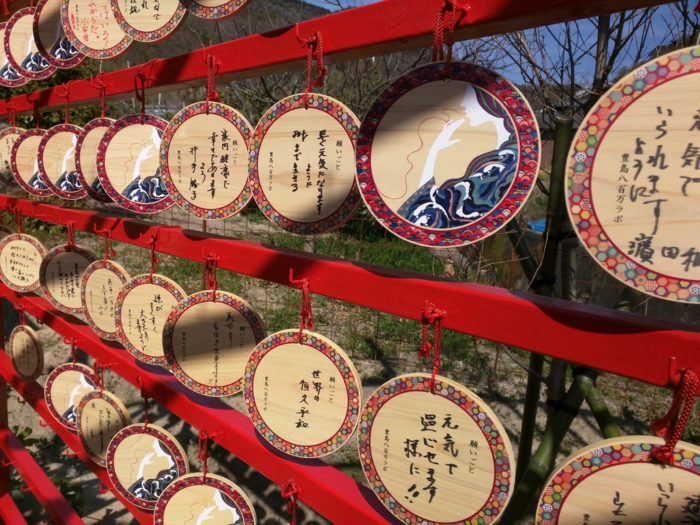 Finally, the artwork has one last element. Sputniko! is also a musician, and there’s a music video projected in a room and illustrating the whole idea. The video itself is cute and amusing and pretty fun overall:

Now, it’s not the first time that, when facing a highly conceptual artwork, I have a somewhat negative reaction at first, but when I revisit it later, I enjoy it much more. So I’m actually looking forward to visiting it again in a few months.

Then, we walked around Ko a little bit. Such a wonderful little village, with an amazing view on the Seto Inland Sea (and I’m not only saying this because Ogijima has a privileged place in said view), I wish I went there more often. Now, that it houses a permanent exhibit from Fukutake Foundation, let’s hope that there are more buses going there, even when the Festival is not on. 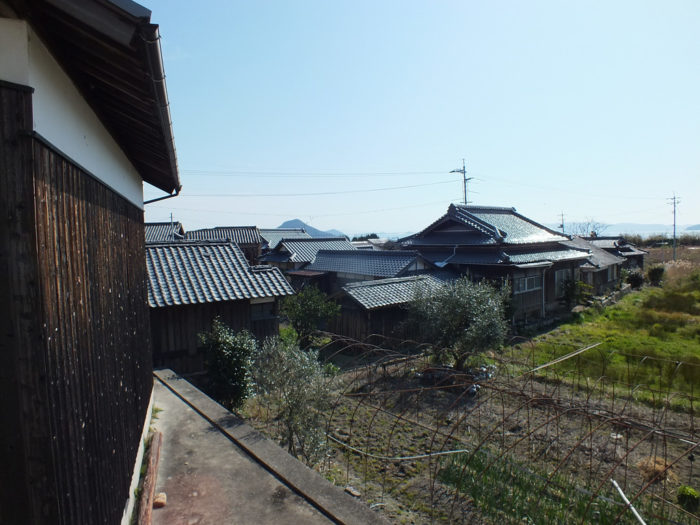 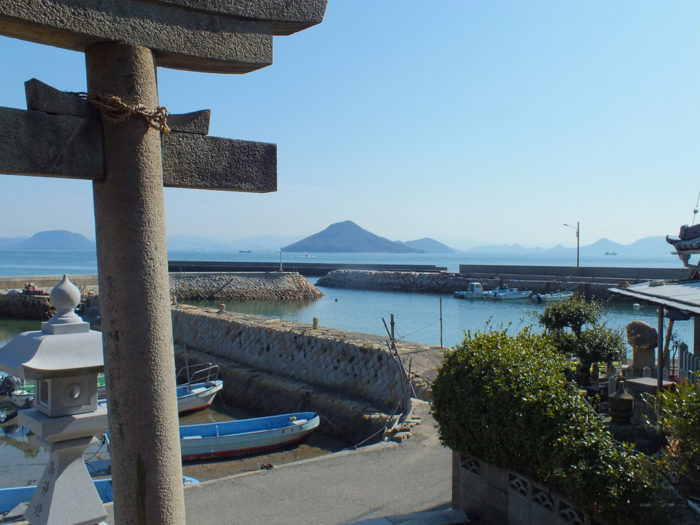 We also went to see Chiharu Shiota‘s Distant Memory, that’s still standing, six years on. Actually, I’m a bit worried about its longevity, and indeed, one can’t enter it anymore. How long will it stay around? No idea. 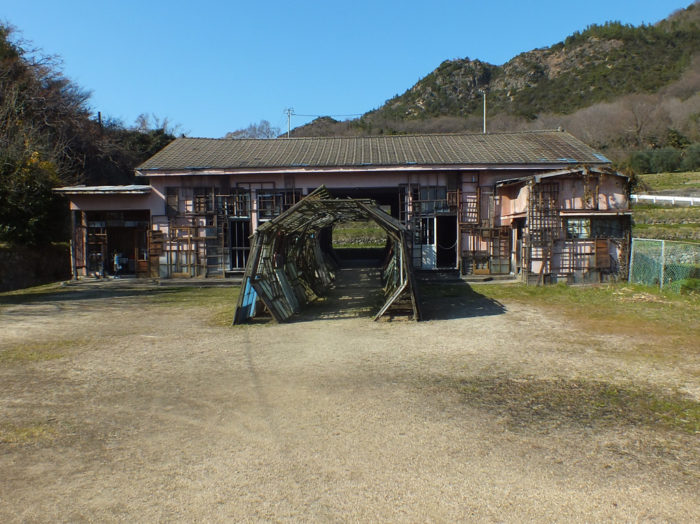 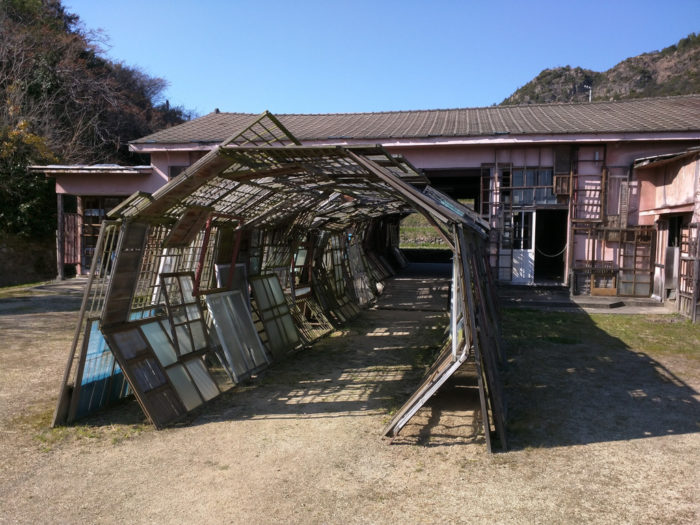 After this very quick stop on Teshima, it was time to take the ferry back to Shodoshima where our bags were waiting for us, and from there, back home to Takamatsu. 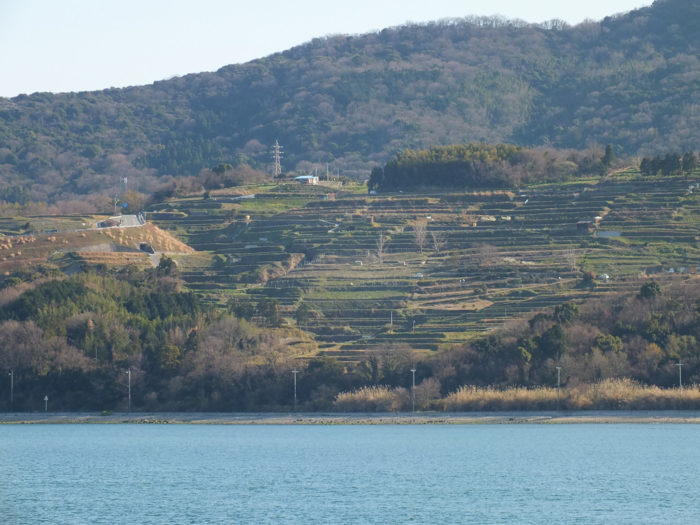 Teshima terraced rice fields, right next to the Teshima Art Museum
(not pictured, it’s a little more on the left) 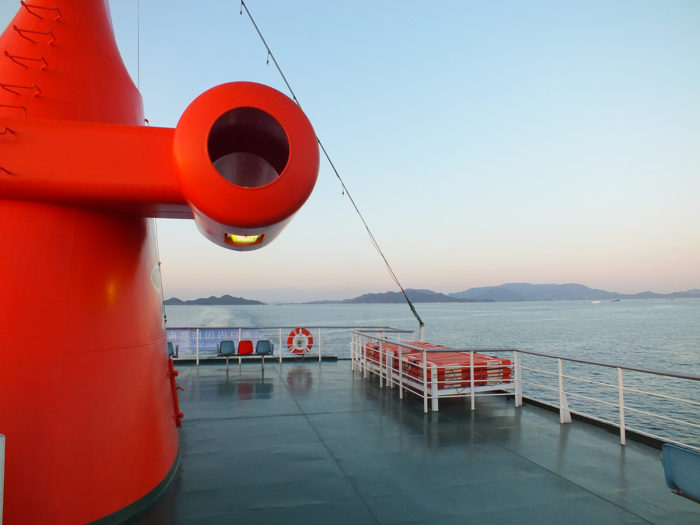 3 thoughts on “Setouchi Triennale 2016 on Inujima”