Today, I’m bringing to an island that I rarely talk about on the blog, most likely because I’ve been only once, it is pretty difficult to reach from Takamatsu. That is Inujima.

More precisely, I want to show you a pretty interesting piece of art that probably has the longest name of all the Art Setouchi works: Listen to the Voices of Yesterday Like the Voices of Ancient Times (太古の声を聴くように、昨日の声を聴く) by Yusuke Asai and Yuko Hasegawa.

The artwork is set up on the grounds of the former house of a stone-cutter, it’s even mentioned in the official name of the artwork that is even longer: Inujima Art House Project Former site of a Stone-cutter’s House/Listen to the Voices of Yesterday Like the Voices of Ancient Times.

There isn’t much to say about it, if there is a message it’s a bit obscure (that’s not a criticism). What I find quite interesting about it, is that it reminds me a Australian aboriginal art, while remaining its own thing at the same time.

What do you think? 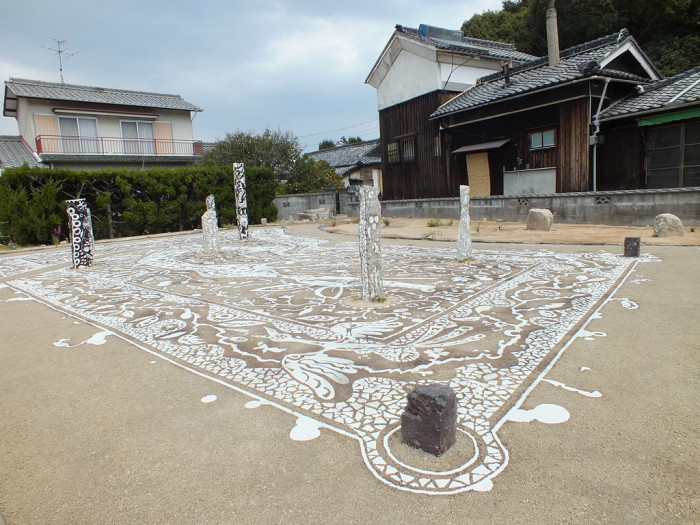 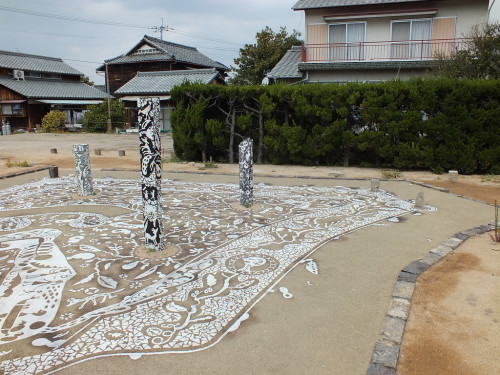 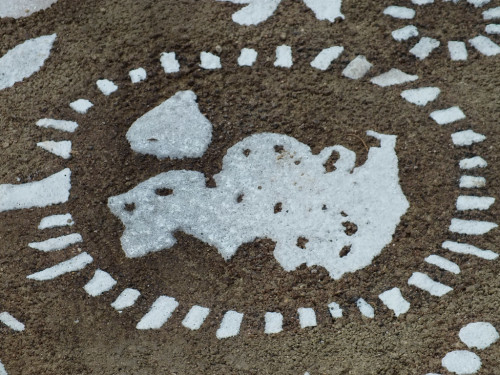 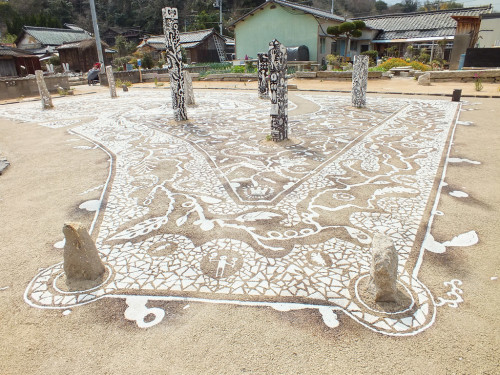 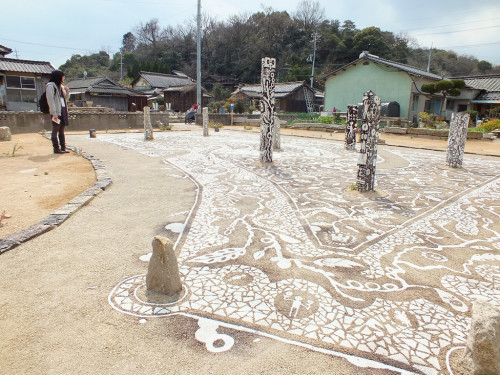 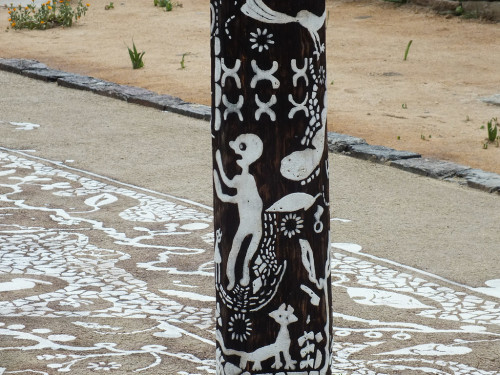 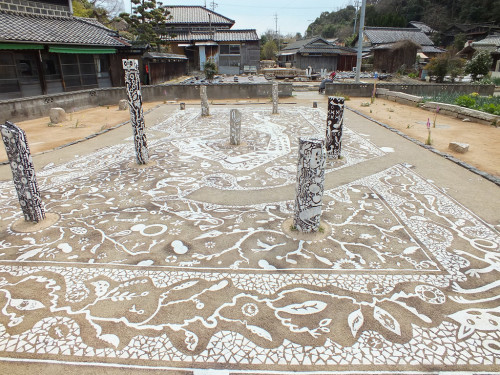 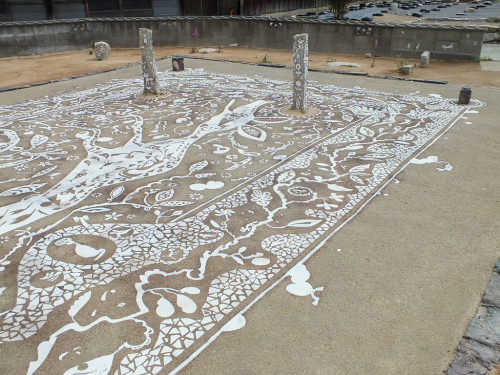 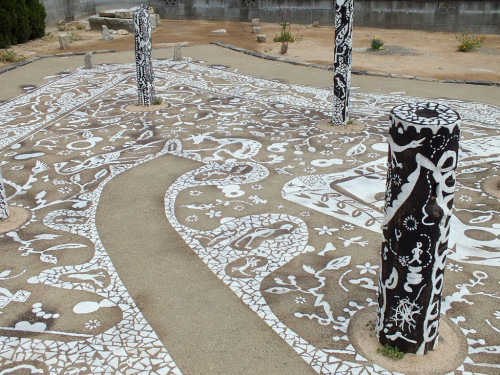 Of course, as the artwork is permanent, it will be part of the Setouchi Triennale 2016, even though, I think I understand that it will be updated or modified. We’ll see.

And as it’s an outdoor artworks, it’s accessible for free at anytime.