As you may already know, Yashima is this big triangular plateau in the north-east part of Takamatsu, right on the Seto Inland Sea‘s coast. It is known in all of Japan by history lovers as its the site of the aptly named Battle of Yashima, an important battle in Japan’s medieval history. By the way, I’m not sure whether I’ve already mentioned it, but the site of Emperor Antoku’s castle has been found a little while ago and for the past year or so, major archaeological work has been going on (they even currently have two cranes on the site). I hope that interesting things will come out of this (and I hope one will be able to visit the site one of these days).

Locally, Yashima is mostly known for its temple (part of the Shikoku Pilgrimage), its amazing view of the Seto Inland Sea and for Shikoku Mura (an amazing open air architectural park).

So, one of the (several) parts of Yashima where I hadn’t been yet is its northern tip, the one that ends in the sea. Now I have.

Here is my small report about our “trip” there:

And it started pretty well as the first thing we saw after leaving the car was this. “This” being Ogijima, for those of you who hadn’t recognized it. The rock that ends in the sea is our destination. 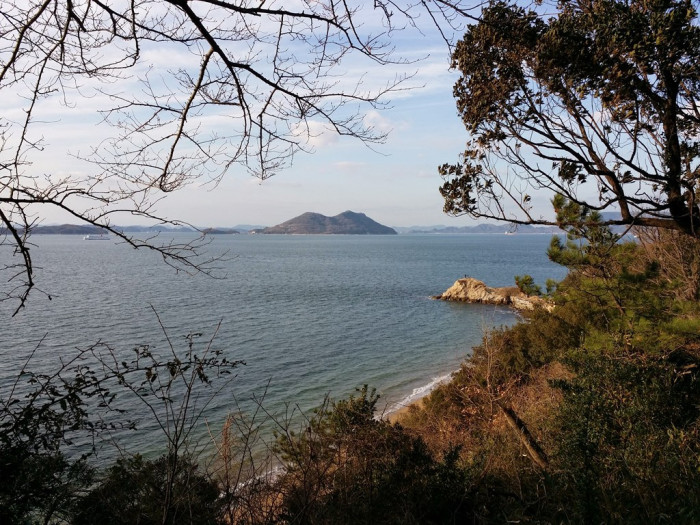 Note that while it is quite possible to reach that tip by car (or bicycle), the last parking lot being very close to the sea, we had decided to park our car where the paved road ended (the rest being mostly a dirt path), mostly to have a nice walk in fresh air. It was a good decision, as along the way, we discovered a few spots we would have missed by car, starting with this mound (actually, there were two), described as a kofun, but I don’t have more details (there was a sign explaining more, for those who can read Japanese): 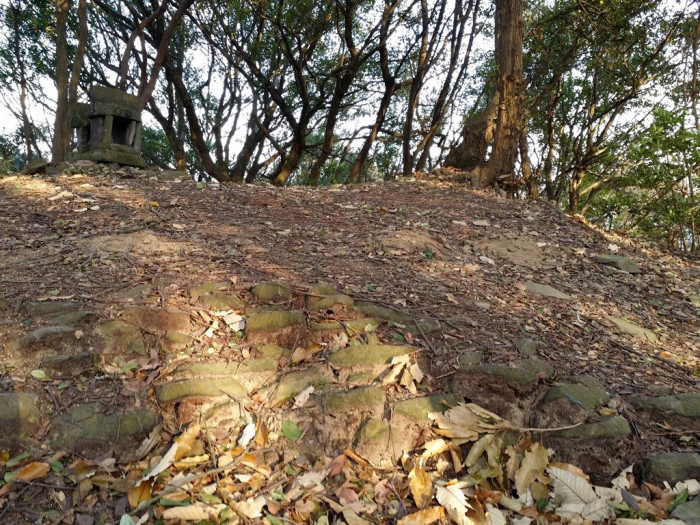 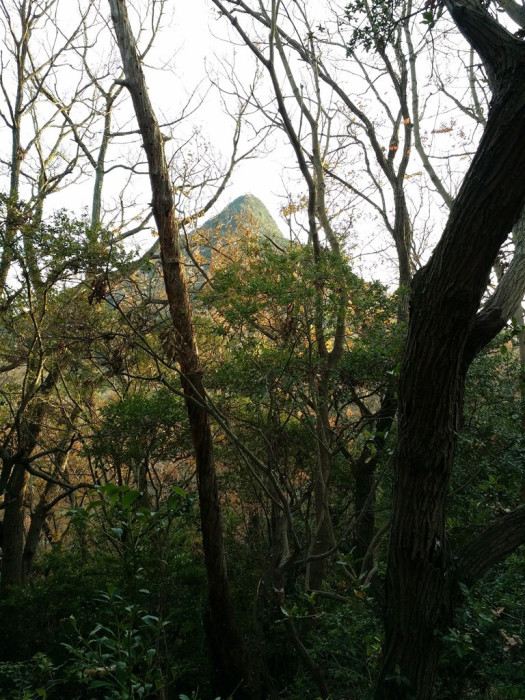 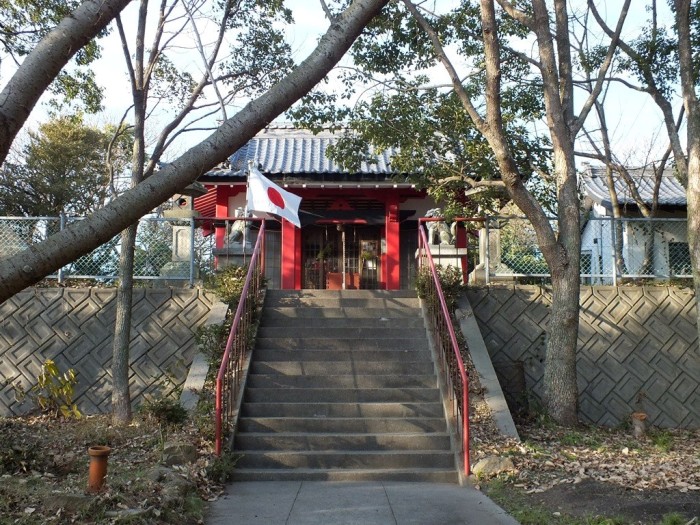 There’s also a small shrine – Kisato-jinja. The building is of modern style, concrete and metal being as much part of the architecture as wood if not more. It is surprisingly well-maintained for such a remote place. It seems that someone goes there pretty much daily. 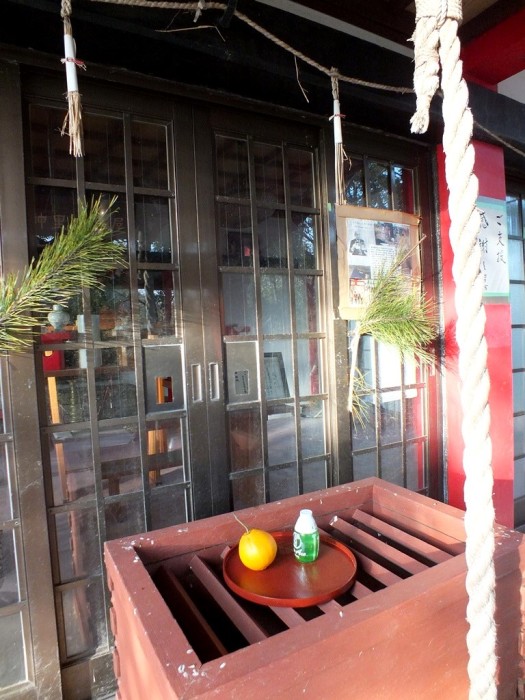 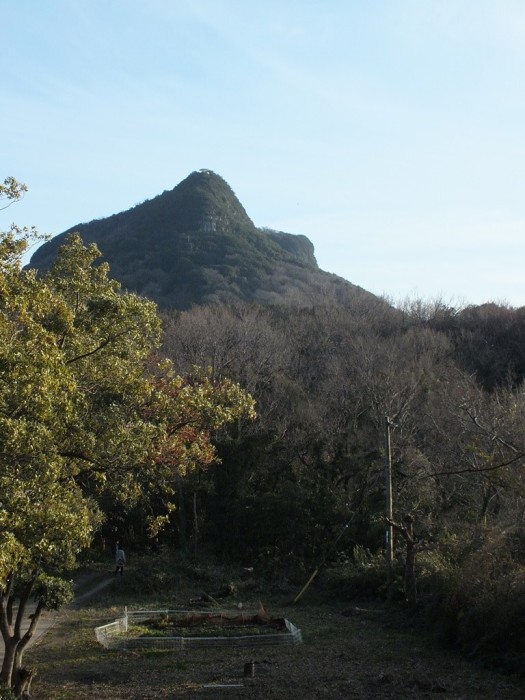 Interesting… So apparently, there’s an observation deck on the northern top of Yashima. I had no idea… 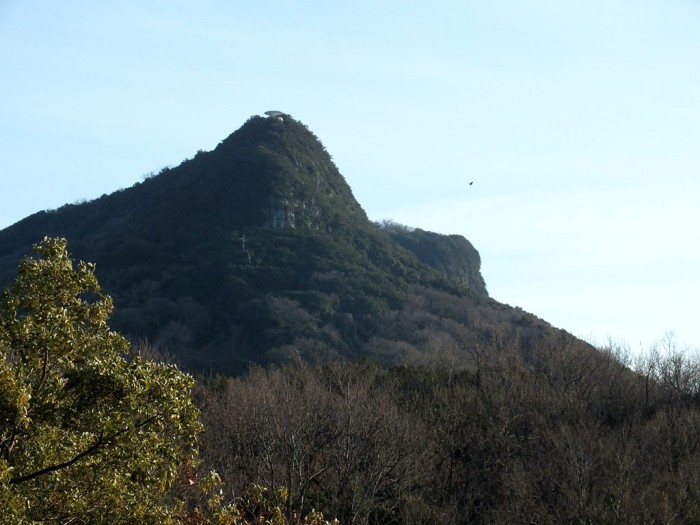 That spot is not very easily accessible; a couple of kilometers walk in the forest from the main parking lot, near Yashima-ji. However, I obviously gotta go one of these days. 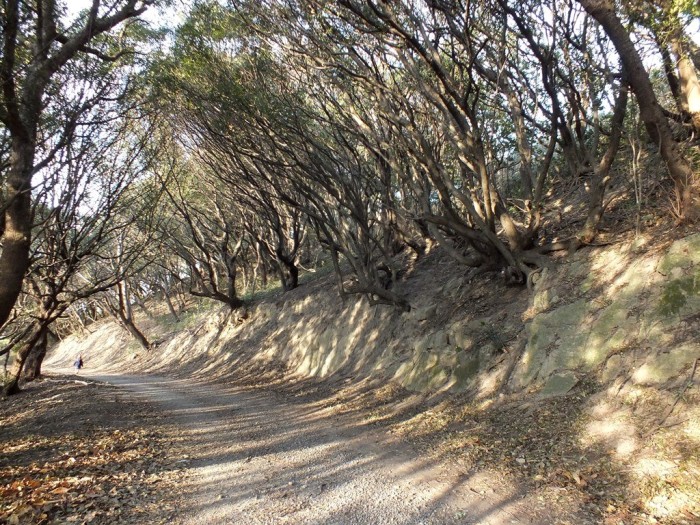 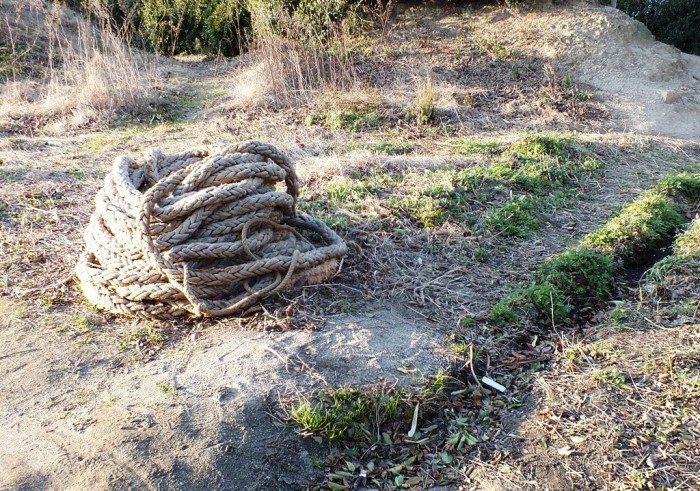 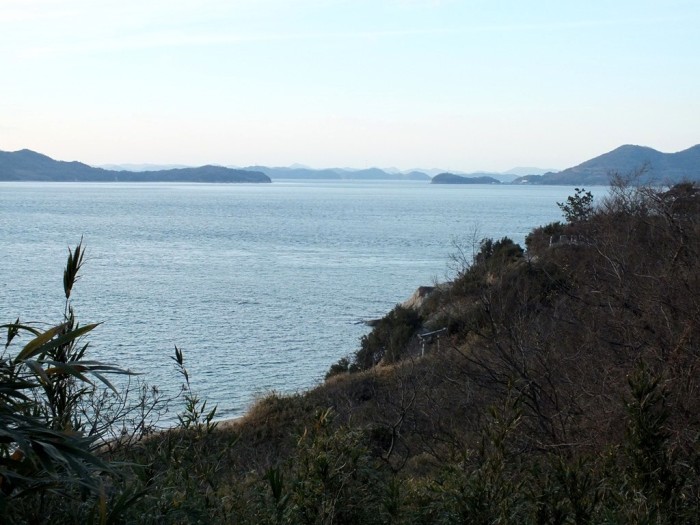 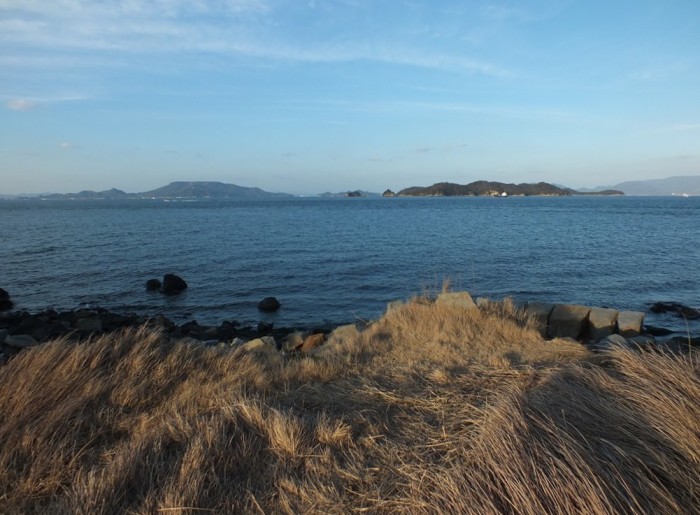 Grass, while pretty long and sturdy is completely flattened by the winds that can be pretty strong at this spot, especially in winter (no later than last week, it was about 50 km/h in town, which means even more there). Note Teshima in the background, and Oshima a little closer. 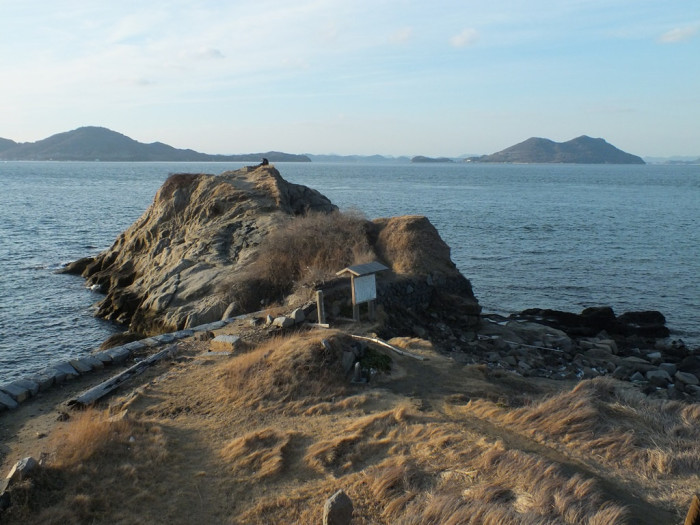 While it was our destination we ironically didn’t reach it. Do you see the silhouette sitting there? The guy had been there for quite a while when we arrived. He was barely moving, and emitting odd sounds. In other words, he seemed like a crazy or heavily intoxicated person. While it wasn’t that cold that day, it definitely wasn’t warm either, and who in their right mind would sit there for more than a couple of minutes? As for the sounds? While possibly distorted by the wind, they were just plain bizarre.

Had I been alone, I would have approached as close as possible, just to be sure. However, my wife wasn’t too confident about the situation, and going there with a two years old just wasn’t safe. I mean, the path itself gets very narrow at some point, so there was no way I was going to go there with my daughter facing a possibly deranged and dangerous person and no way to escape.

So, now that I know the spot, we’ll just return as soon as possible (understand: in the Spring, when it gets warm).

As we started walking back, I turned around for a last look and the man stood up… as well as his girlfriend who was sitting/laying behind him, out of my sight! I kinda felt stupid. As Hana stayed to play near the small parking lot, we saw them and heard them closer, they were Italian (not that it has any importance, except if they’re reading this and recognize themselves, in that case “hi” and sorry to have mistaken you for a psycho). 🙂