The following day (May 20th, 2009) started very early because of jetlag, and as soon as it opened we went to visit Shikoku Mura, located on the south hillside of Yashima in Takamatsu.

Getting up early is not my thing at all; I usually do it only when I have to. Therefore, you can imagine that I rarely do it on vacation, and consequently, I rarely visit things early in the morning. I’m more of the kind of person that rushes at the end of the afternoon to finish visiting wherever it is I’m visiting before it closes.
So it was strange for me to arrive at a place when it opens. I’m pretty sure that we were among the first visitors of the day if not the first ones. We started running into other people only towards the end of the visit. More often than not we had the feeling to have the whole site for ourselves and that was a pleasant feeling. So, I guess jetlag has some good sides.

At this point, you must be wondering what this Shikoku Mura thing is. Well, if you read this blog, I assume that you know that Shikoku is one of Japan’s islands (the smallest of the four main ones), the one where Takamatsu is located, the one where I spent my first trip in Japan. What about Mura? Well, it means Village in Japanese. So Shikoku Mura is “Shikoku’s Village” that is an open-air museum where a certain number of historical houses from all over Shikoku have been gathered. And by “gathered” I literally mean “gathered.” At first, I was under the impression that we were visiting a village made of reproductions of historical houses from all over the island. Not at all. All of the buildings are genuine, some of them as old as 300 years old if not 400. They have been disassembled from their original locations all over the island, moved to Takamatsu where they were reassembled to form this very interesting “village” on the Yashima hillside in the middle of the forest comprised of buildings spreading from the early Edo Period to the late Meiji Era.

This is how the visit starts: 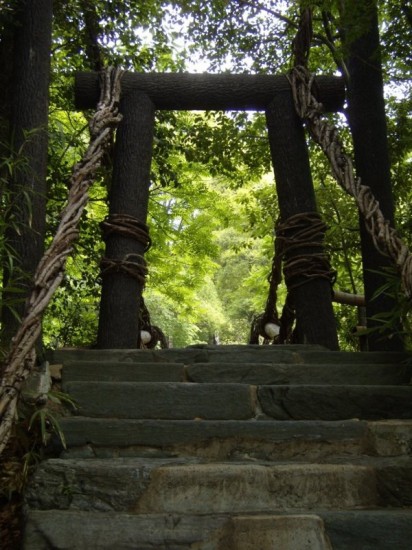 It is a vine bridge similar to the ones that can be found in the Iya Valley in the Tokushima Prefecture. The only difference being that this one was reinforced with steel cables, the real ones are not. It was nonetheless an “interesting” experience to cross it. However, I can’t imagine venturing on a real one someday, those are made of vines and vines only and they don’t go across a pond but the whole valley! 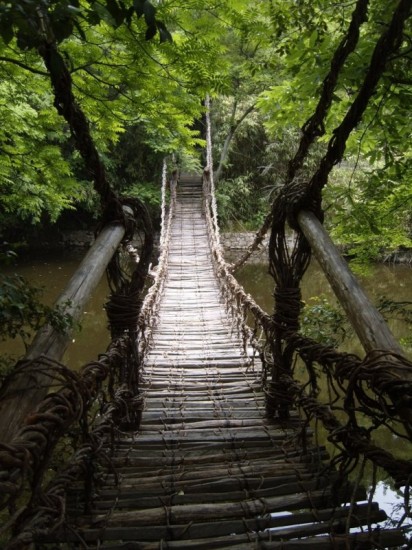 After crossing the bridge, you follow a path where you’ll encounter various buildings and houses: 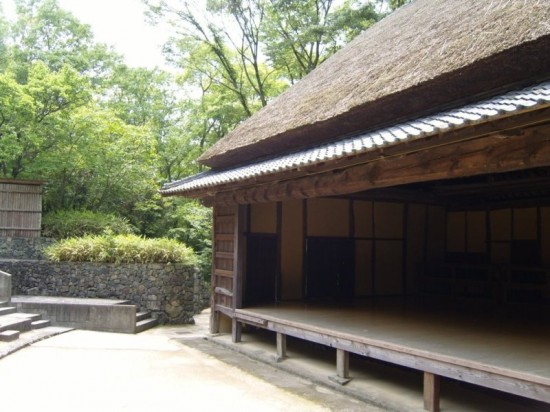 This Kabuki Theater dates from Edo but it still used nowadays at times. 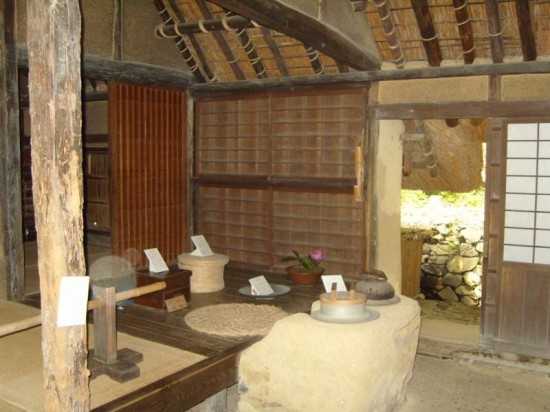 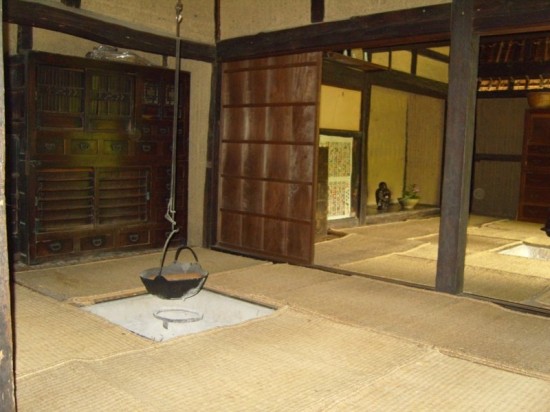 Shikoku used to produce most of the sugar that was consumed in Japan. Nowadays, it mostly is imported, however, Shikoku‘s Wasanbon sugar remains the finest and best sugar that can be found in Japan. 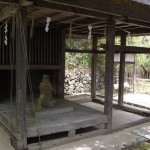 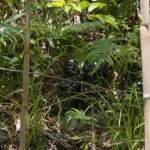 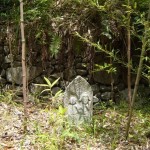 There are a few Kami in this forest. 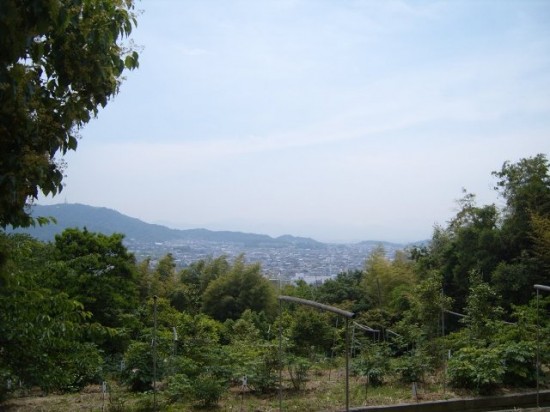 Takamatsu from the top of Shikoku Mura, which is far from being the top of Yashima. 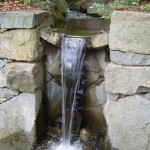 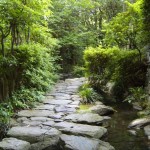 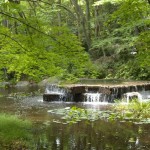 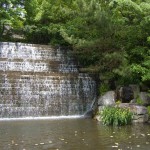 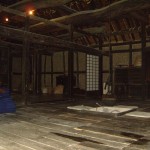 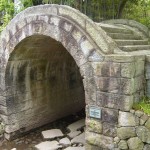 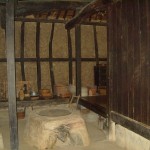 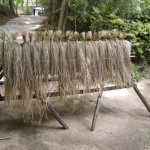 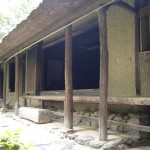 The next three pictures are a Shoyu factory from the early 20th Century. Shikoku was also (and still is?) a major Shoyu producer in Japan. 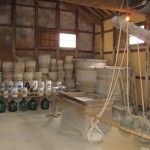 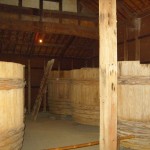 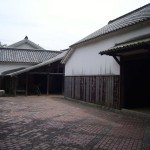 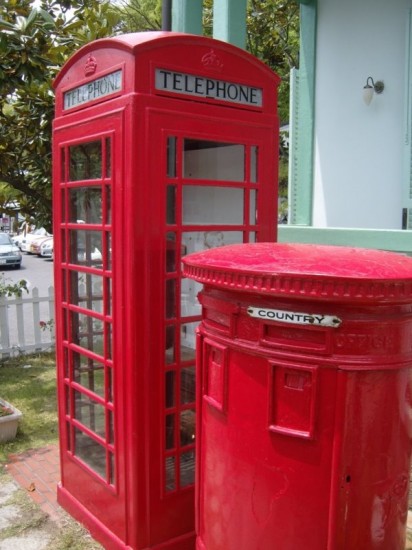 Yes, I was surprised too when I stumbled upon those at the end of the tour. If I understood correctly, when Japan opened to the rest of the world in 1853, Britain (and a few other countries, France included) were racing to colonize as many countries as possible. Both France and Britain tried to set foot in Japan. As we all know, they didn’t succeed in colonizing the country, but apparently the UK left a small trace on Shikoku. It also helped to modernize the country I think. 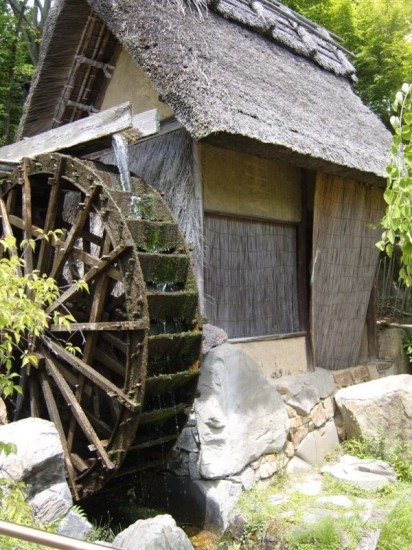 I hope that this overview of Shikoku Mura has interested you. It’s definitely something worth visiting when you’re in Takamatsu, even more so if you don’t know much about rural Japan in the past 400 years or so.