Today, We’re starting our series of interviews for the Setouchi Triennale 2016… At last…. (yes, I know I’m a bit late, I was hoping to have some ready for the Spring session, but I’ve been busier than expected with too many things).

We’re starting with Pors & Rao, two artists whose work, called Someone’s Coming, was a great surprise for me – a pleasant one – as I really didn’t know what to expect and I assume it’s better to discover the artwork this way.

Ironically, what will follow (interview, pictures and video) will spoil it a little bit, so be warned. If you plan on seeing the installation on Shodoshima, you still can read the interview, but refrain from watching the video, maybe. If you won’t be able to make it, go ahead, watch. Although I kinda assume the installation is permanent, so who knows, you may be able to experience it in the future. 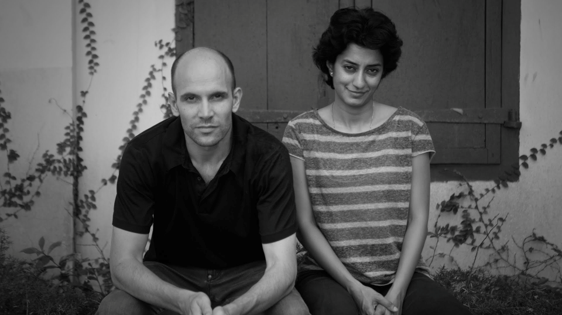 Can you tell us a little bit about yourselves?

We are Aparna and Søren and we have collaborated since 2004. We make work often conceived as a kind of ‘being’ with basic behavior patterns such as shyness, fatigue and dependency, highlighting absurd and involuntary aspects of human behavior and relationships. Some imply a kind of pre-conceptual way of perceiving the world, where emotions and thoughts are projected onto the things around us — as if everything was conscious.

How did you hear about the Setouchi Triennale?

The curator on Shodoshima, Noboru Tsubaki invited us to participate.

What made you want to take part in it?

Exhibiting on a deserted beach on a remote island in Japan somehow seemed perfect to us.

We chose an old abandoned fishing shed on a beach on Shodoshima. The place was really magical, and we loved that it was very removed from everything else and that it is hard to get to, at the same time there seemed to be very strong traces of intense activity bottled up. The beach passage to the shed is inaccessible during high tide.

We had an idea of these empty canvases whose only state of being is to wait for someone to come; perhaps to look at them, or make them an image, or as a preconscious entity to be born in someone’s mind. As the shed is accessible only during low tide, we thought this idea of waiting for someone to come was quite fitting for this abandoned space. Inside the installation appears as a pristine, maze-like gallery with blank canvases hanging around the edges of the walls. They have these cartoonish patches and repair-work, as if they have been around for a while, and when someone enters the space, they peek around the corner to see what’s coming. If you stand in front of a canvas it doesn’t move, but canvases around the nearest corners will peek out. This creates restlessness in the space where one’s attention is continuously drawn towards what is around the next corner. 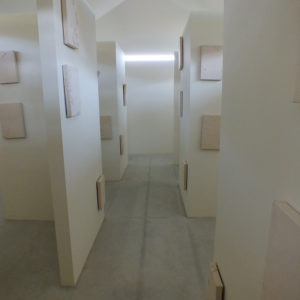 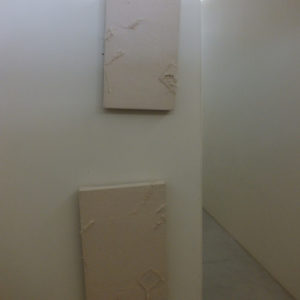 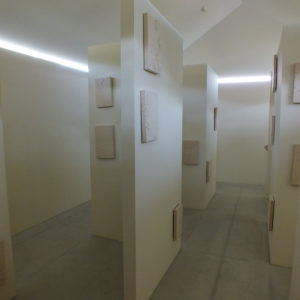 And a short video I shot last week when I returned a second time (spoiler warning):

Someone’s Coming is the artwork number 78 of the Setouchi Triennale 2016. It is located near Ikeda Port (10-15 minutes walk along the shoreline). It’s open from 9.30am to 5pm. Entrance fee is 300 yens without an Art Passport. It is open every day during the Triennale.

Credits: Thanks to the Kochi-Muziris Biennale Foundation, India for providing the picture of Pors & Rao.

3 thoughts on “Someone’s Coming by Pors & Rao on Shodoshima”