The day was May 5th, also known as kodomo-no-hi in Japan, that is Children’s Day. So that day was going to be devoted to children. And indeed, the only reasons we went to Ogijima was to meet some friends, help at the lemonade stand that they had made for the kids, and take part in a workshop organized by Team Ogi, especially for children. 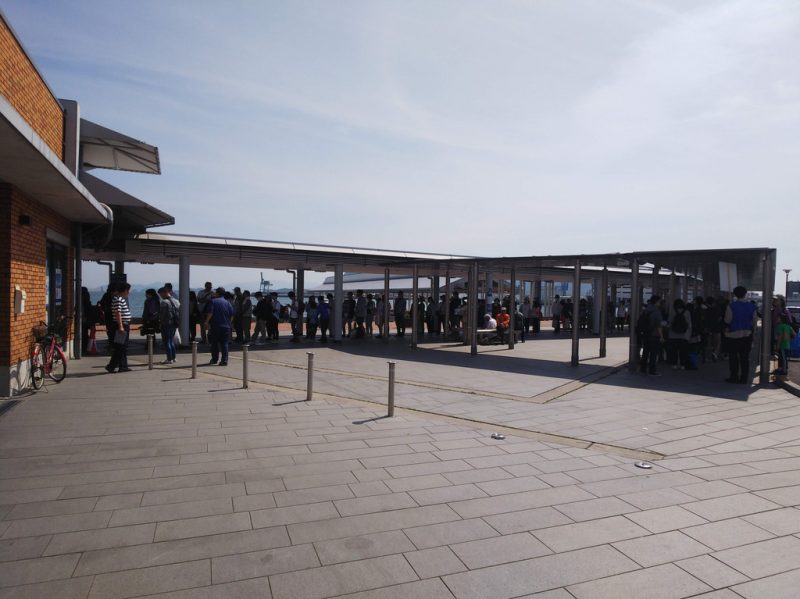 Yes, I know, quite a few pictures of people waiting in line in these reports. I was just blown away by the affluence during this Golden Week. The largest number of visitors I had seen, I believe. 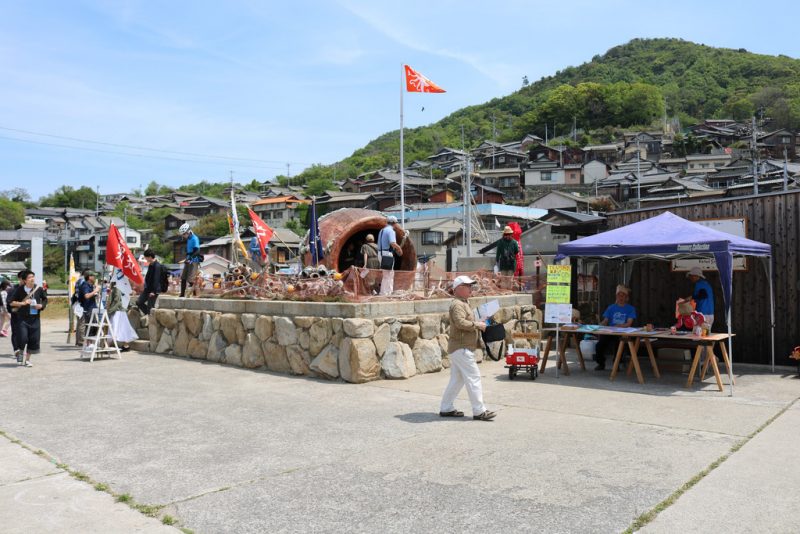 A large chunk of the day was going to be spent there. Right next to Takotsuboru, in and around Shima Table.

I didn’t really visit any artwork except for Team Ogi’s on that day. I was joking with a friend about what an “island snob” was, and I guess this is: someone who goes to a Setouchi island during the Setouchi Triennale and doesn’t bother to visit any art. 🙂 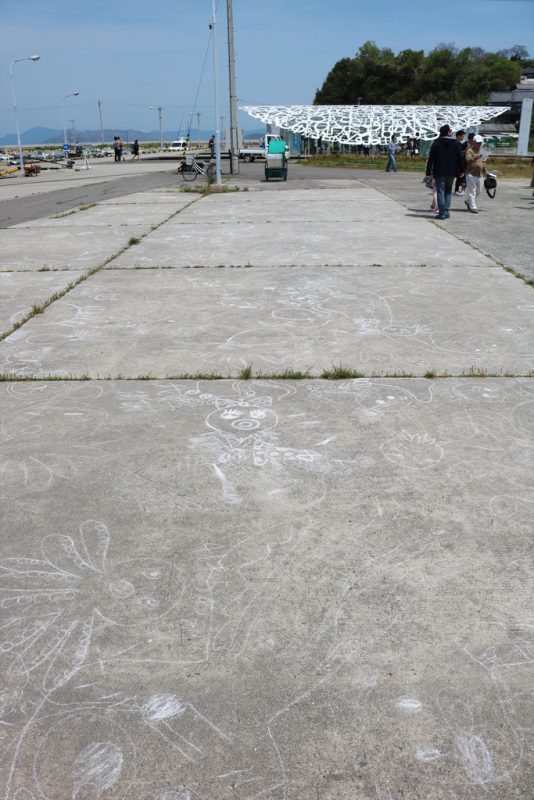 The port was covered with chalk drawings of octopuses and other sea creatures. Not sure if it was a previous workshop or if kids just had a blast the day before or early in the morning. 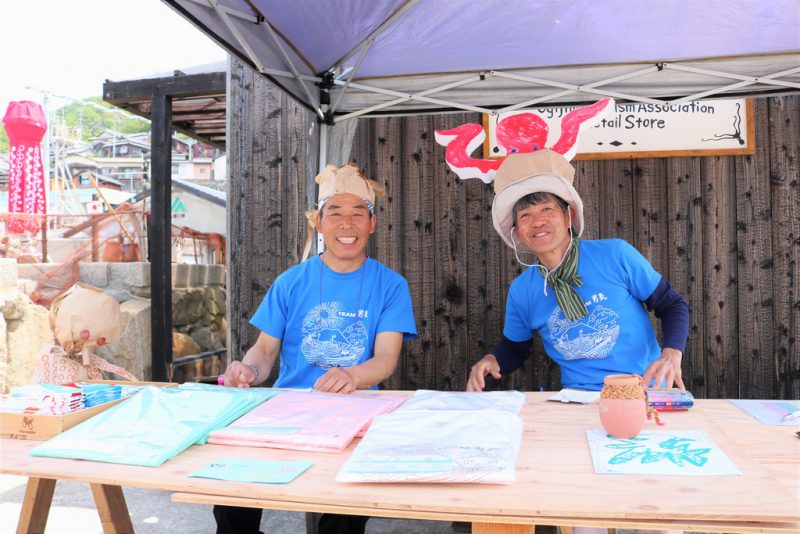 My dear friend Yoshifumi Oshima and Fujita-san (respectively Team Ogi’s leader and one of Team Ogi’s original members) welcoming people to the workshop. 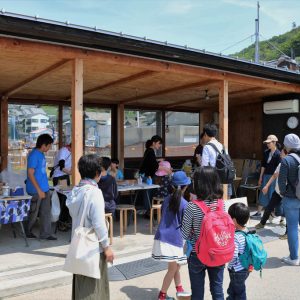 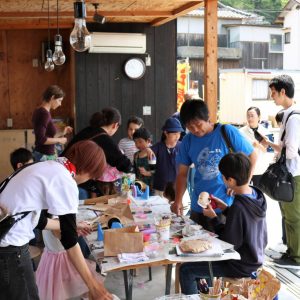 Team Ogi’s workshop was about making sea creatures with paper, sticks and random things like this. The juice stand served homemade lemonade, as well as vegetable smoothies and a few other drinks (green tea?). All fruits used to make the drinks were grown on Ogijima. Island fruits are the best fruits you’ll probably have in Japan.

Soon, the next ferry arrived, it was time to recruit people for the workshop and inform potential customers of the juice stand. 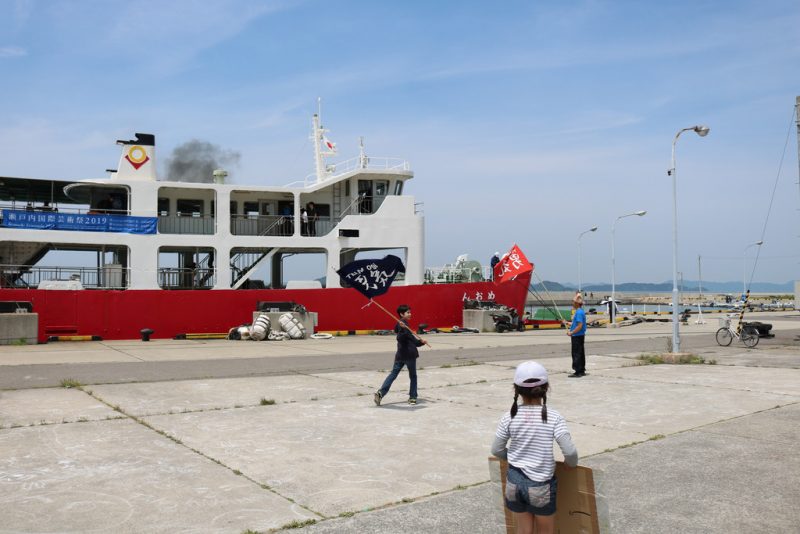 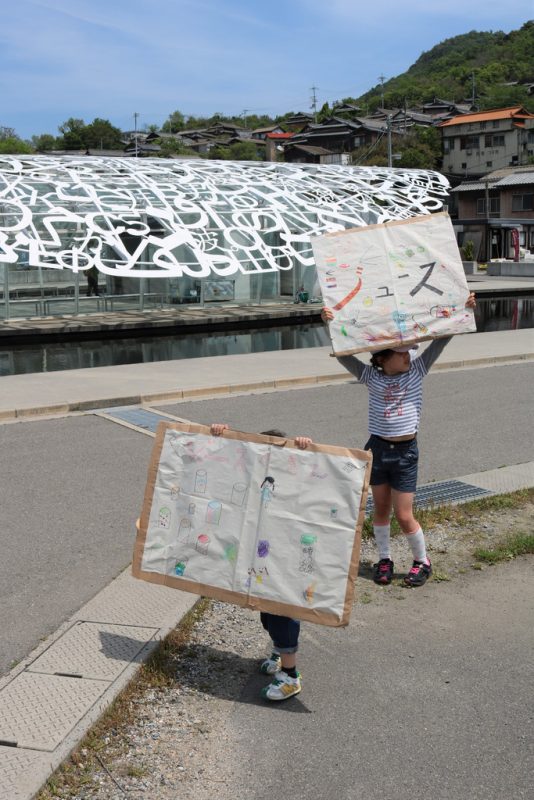 After helping with the stand and “recruiting” customers, my kids finally got to do the workshop themselves. 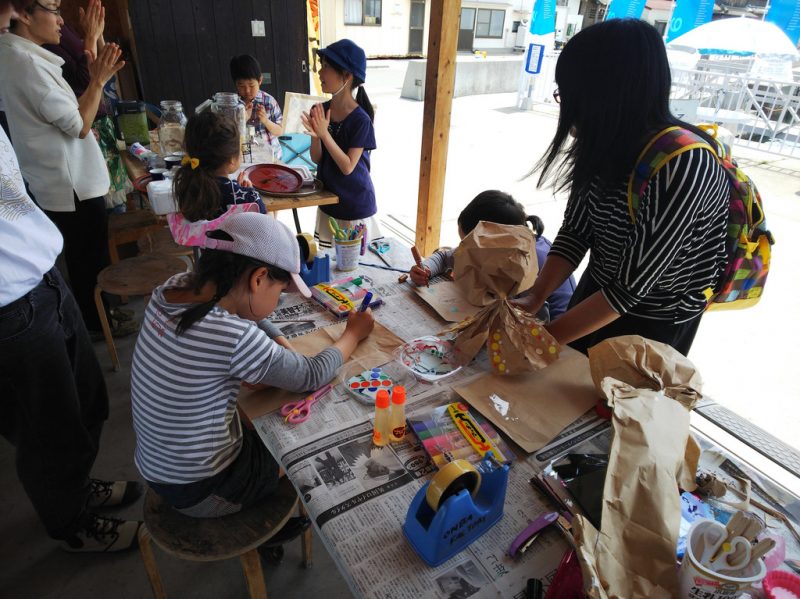 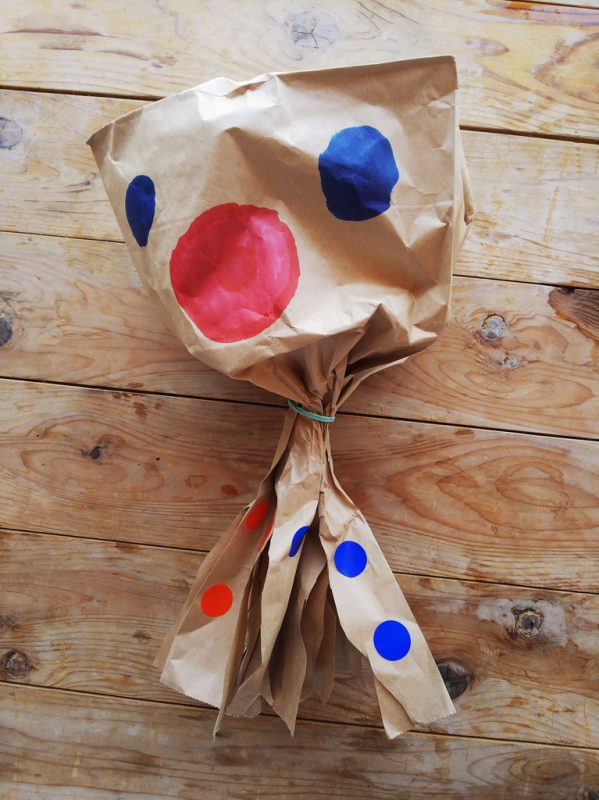 The rest of the day mostly involved chatting and playing with friends, and soon it was time to return to Takamatsu.

Once again, a big line awaited us to board Meon. 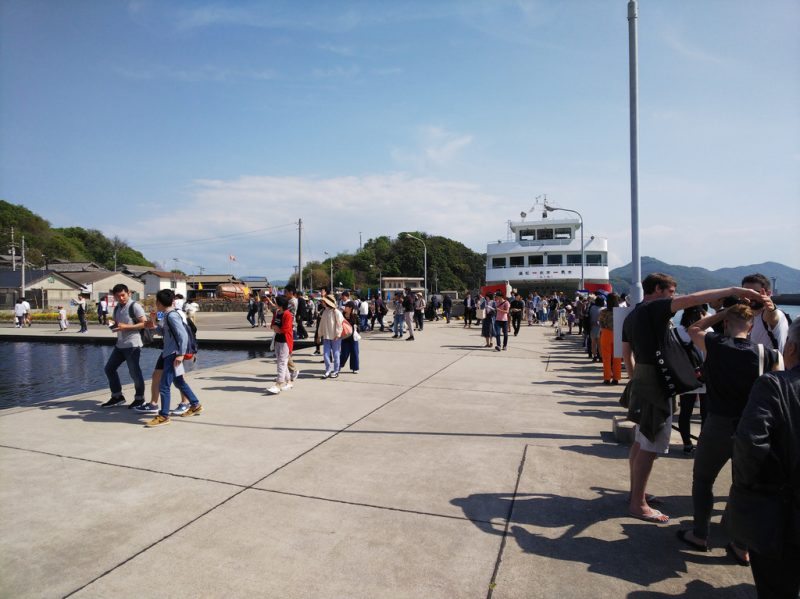 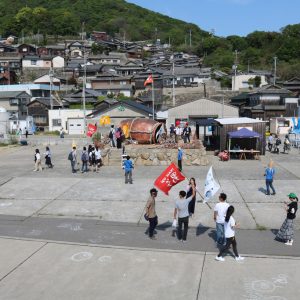 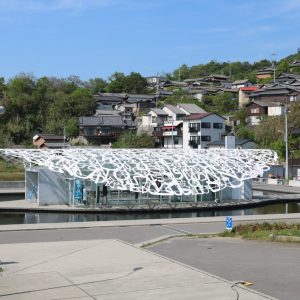 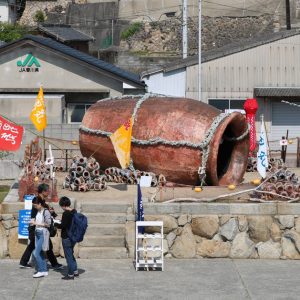 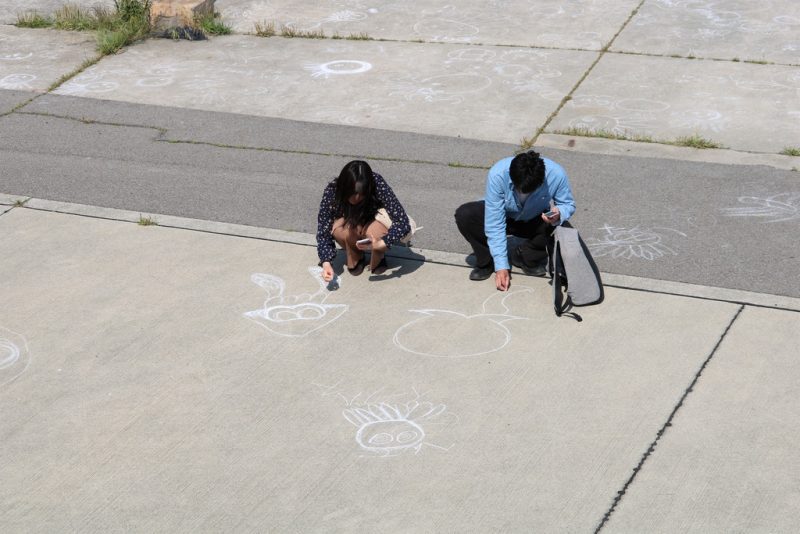 It wasn’t just kids after all. 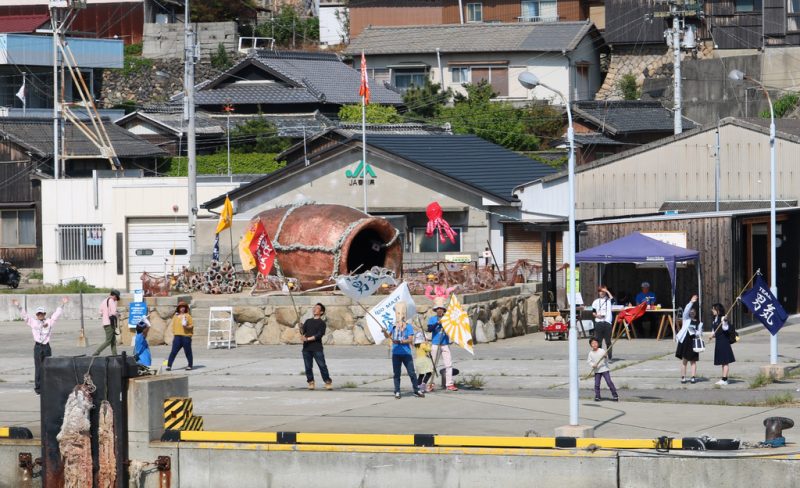 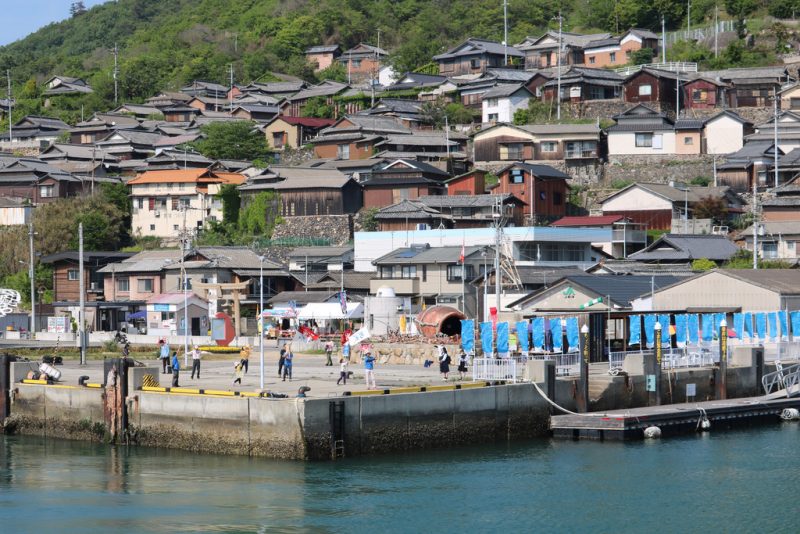 I may have seen this landscape more than a hundred time, and I never get tired of it. 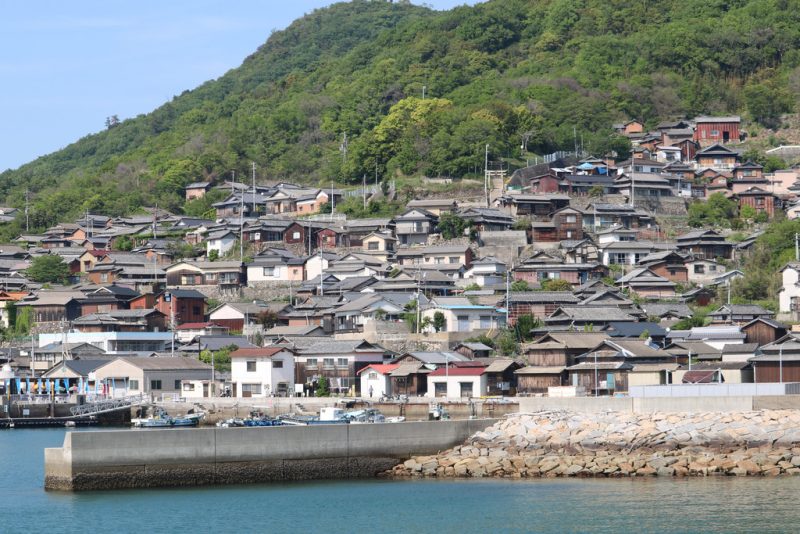 If you follow me on Instagram (and if you don’t you should), you may remember that I was greatly surprised, almost shocked, to see some young Americans (?) sitting on the best spots on the ferry when you want to admire the view and reading books instead, completely ignoring it. That was when I took these pictures too. 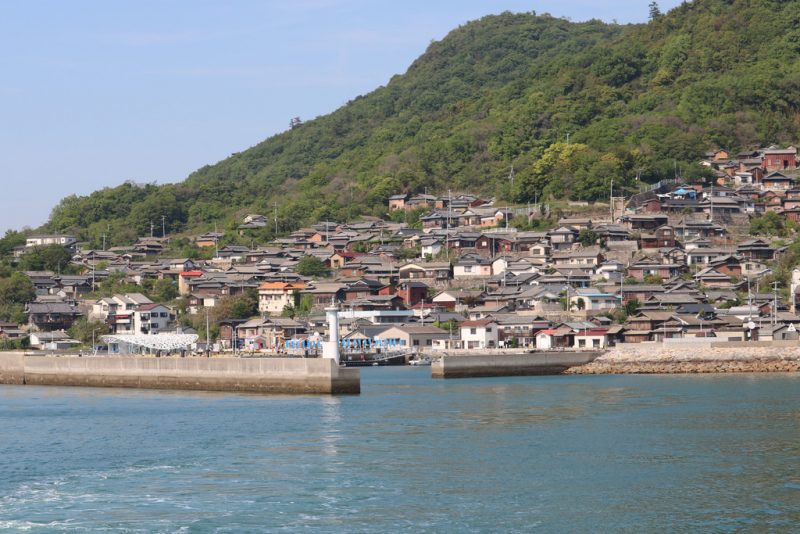 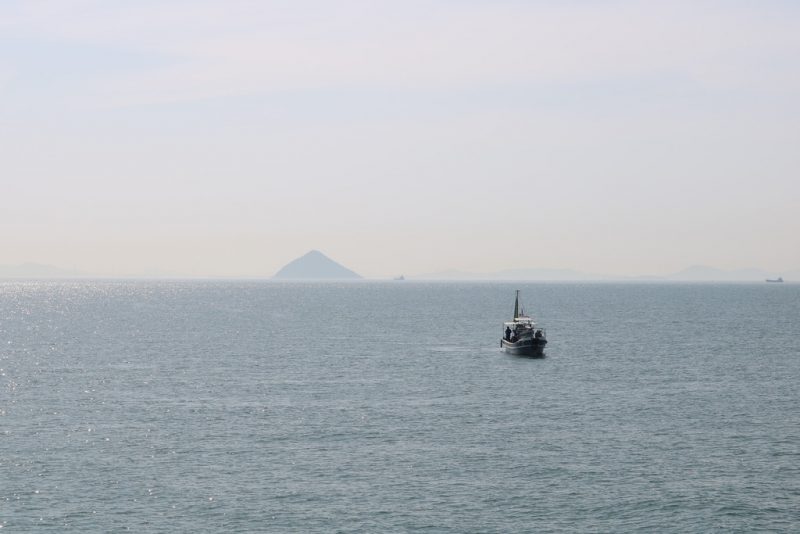 In the meantime if you have missed the first parts of my Setouchi Triennale 2019 reports, you can find them here: