So, on Sunday on Ogijima happened something that only happens every two years; its Summer matsuri!

Of course, I was there.

If you want some background information about it, let me invite you to read my post about the matsuri of two years ago.

This year, I was gladly surprised by all the new blood that was present. For example, out of the four people in charge of the organization, three of them are people who moved to the island in recent years. The number of kids increased from two years ago, and more important, almost all of them live on the island, all in all, compared to two years ago, there really was an air of renewal in this very traditional event.

I’ll spare you the details (because I don’t have much time if I want to post this in a timely manner) and let’s just enjoy the pictures and a short video: 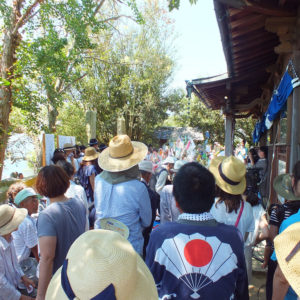 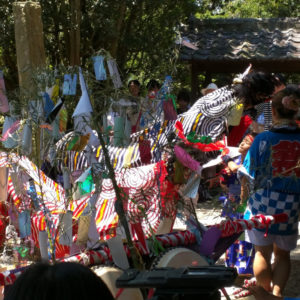 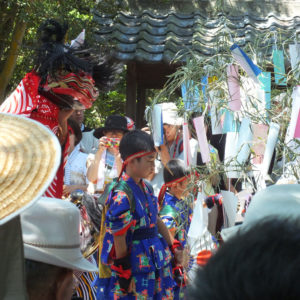 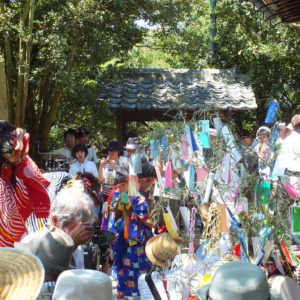 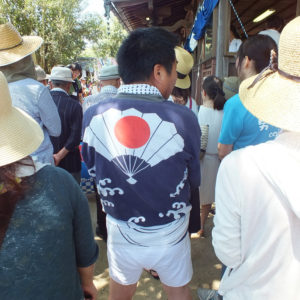 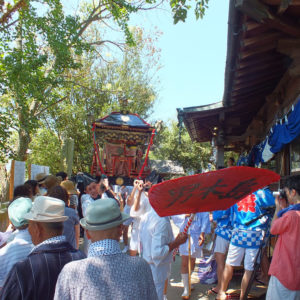 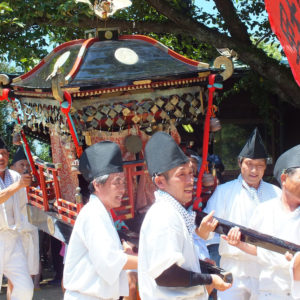 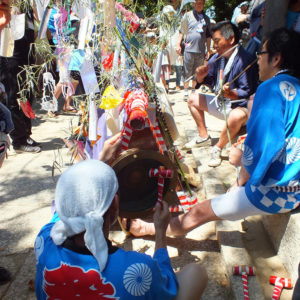 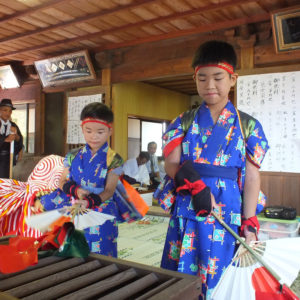 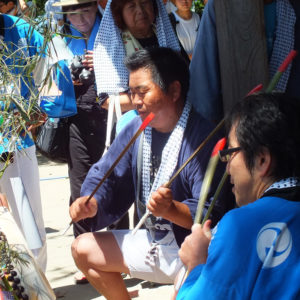 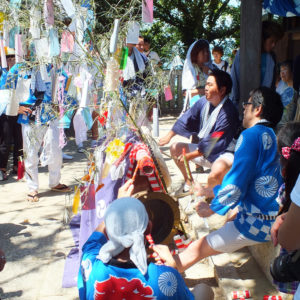 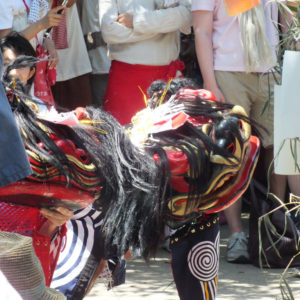 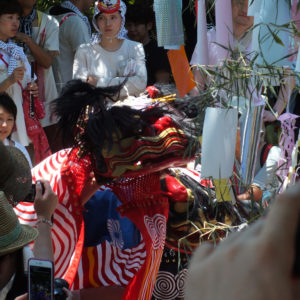 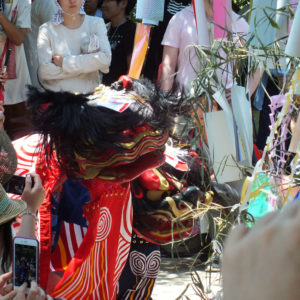 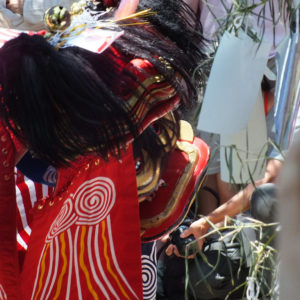 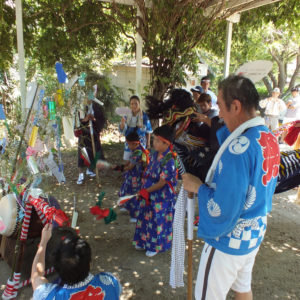 Afterward, as it was too hot to walk around too much, we spent most of the rest of the afternoon at Onba Factory.

There, some students from Kagawa University were on an “internship” selling warabi mochi! 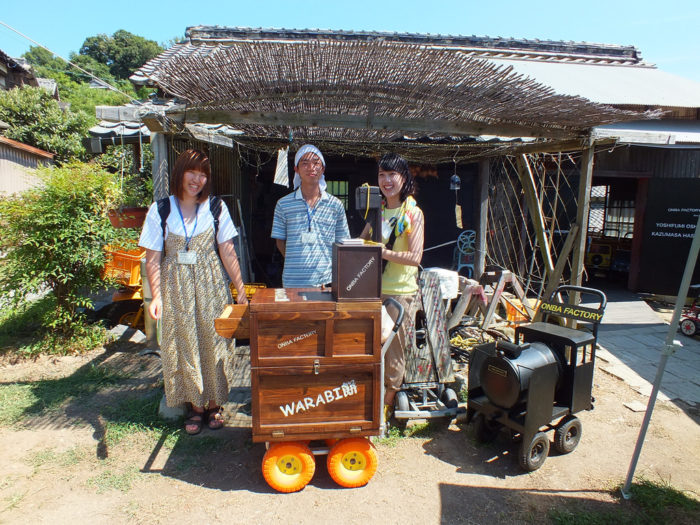 If I understood right, they’re part of a graduate program having to do with island revitalization. Lately, some students from the university have been coming more and more regularly, partly to learn about the island’s culture and life, partly to take part in various projects on the island, like making the signs that tell cat tourists to stay away from private properties (because it hadn’t crossed their mind otherwise). I need to inquiry more about this program and tell you more one of these days.

Also, you know how “Onba” originally meant “baby carriage” before becoming the “vehicle” of choice of the people of Ogijima?

Well, now, in the exhibit area of Onba Factory, you can also see one of those baby carriage and an Onba from back in the days: 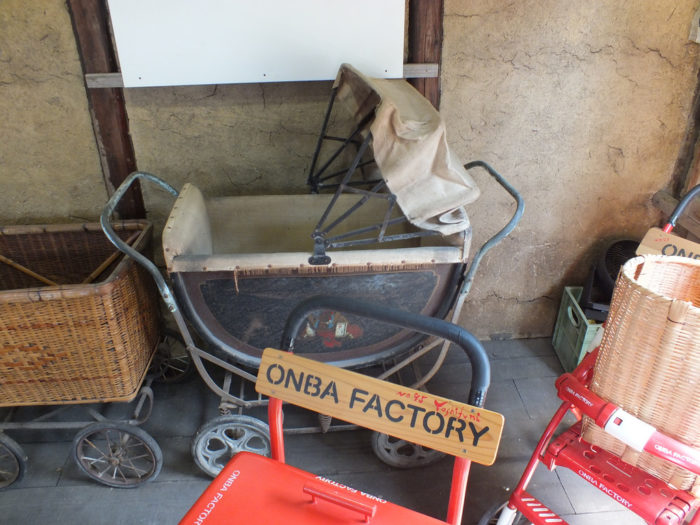 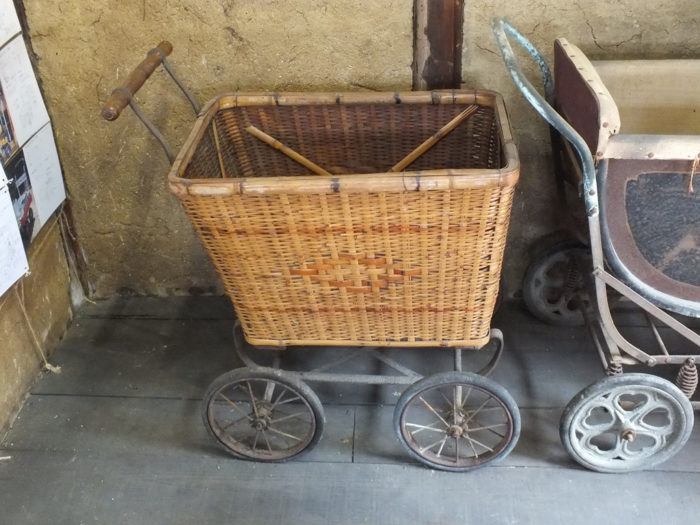 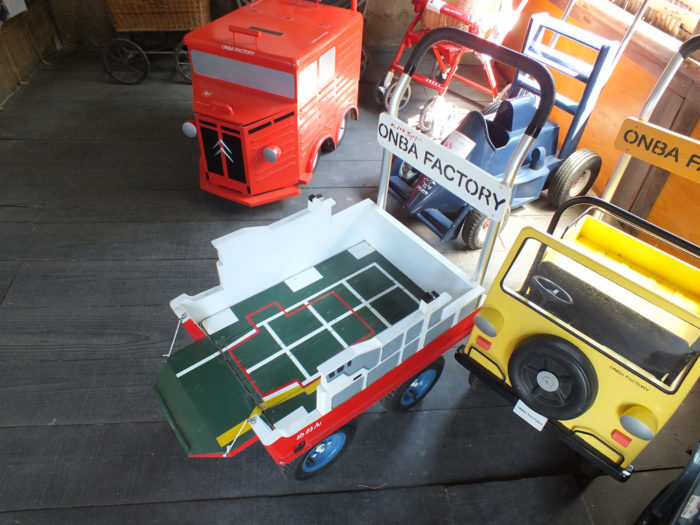 Later, after the “post matsuri” had ended too, we ran into some of the participants putting away various things before getting together and rest. 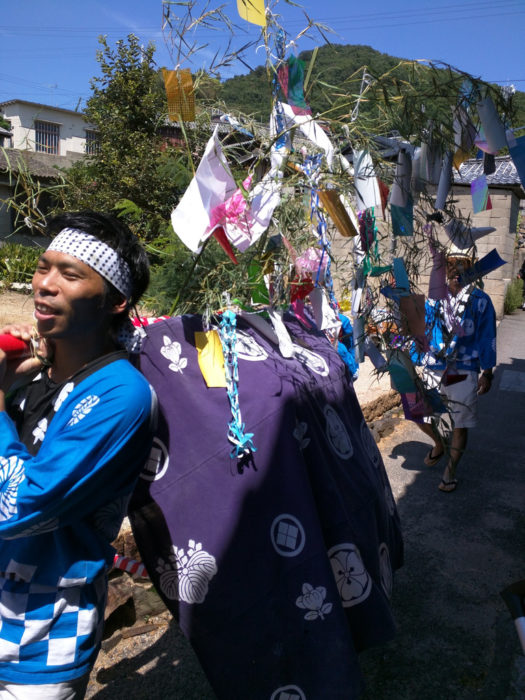 Oh by the way, this is Maeda-san, relatively recent resident of the island, owner and chef of Bistro Iori, where I really advise you to eat. 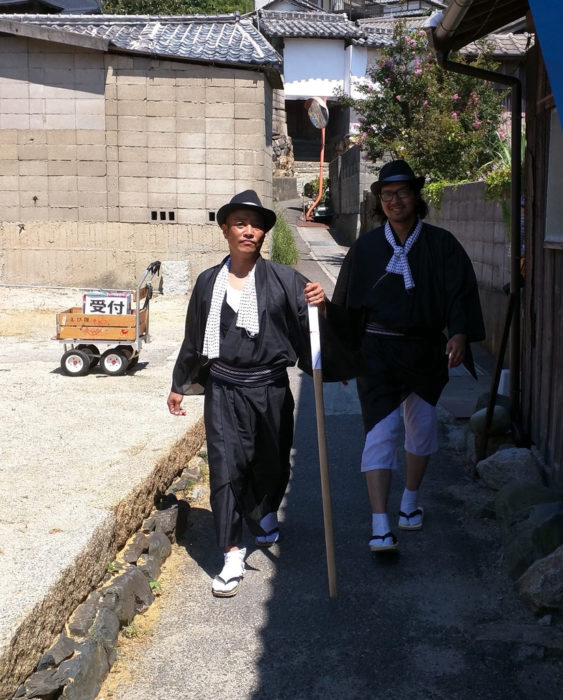 I don’t really know the man on the left (I assume he lives in Takamatsu despite being originally from Ogi), but the man on the right is Hashimoto-kun, resident of Ogi since 2013 and member of Team Ogi and Onba Factory. 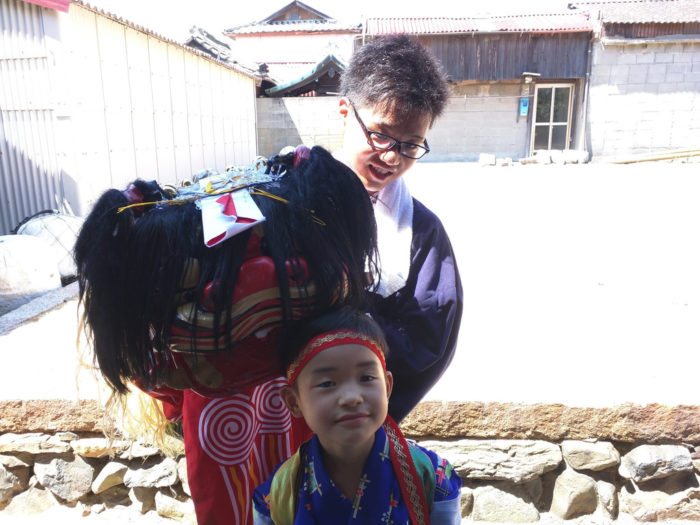 And finally, Kazumasa-kun who looks much younger than he is (he’s not a teen but in his early to mid-twenties), born and raised on the island. I could be wrong, but I think he’s one of the few younger residents of the island who is from the island. In any case, if you run into him, say hi, he’s one of the most jovial people I know.

OK, I’m going to leave you there, for now, I gotta go to bed soon as I’m returning to Ogijima tomorrow for a Team Ogi workshop.