Our Setouchi International Art Festival report brings us today to the shores of Teshima to talk about the least unknown artwork on the French side of the world.

I’m talking about Christian Boltanski’s Les Archives du Cœur (心臓音のアーカイブ – The Heart Archives). I don’t know how famous he is outside of France, but while I don’t know him too well, he has at least some notoriety in France, especially since this installation he had in the Grand Palais earlier this year. Personally, I think that this installation (basically a giant pile of laundry) was somewhat bullshit (remember, to be a recognized artist in France nowadays, you need to be a conceptual artist, and the more pompous and bullshit the concept, the better), and I guess this may have shaped my perception of the Archives du Cœur.

As we walked towards the artwork I had a strange feeling already. Everywhere, on all the islands where pieces of art from the Festival were exhibited, they were signaled by the same white and blue temporary signs and by their official Festival number. So it was little odd to find a hard black sign simply saying “Christian Boltanski – Les Archives du Cœur” instead of a simple 33 on a white and blue background as it should have been…

Even stranger, all of the indoor pieces of art had been installed in (often renovated) pre-existing building, but what was slowly appearing next to this wonderful beach at the end of that path outside of the village of Karatō, was not a renovated old house but definitely a brand new building… 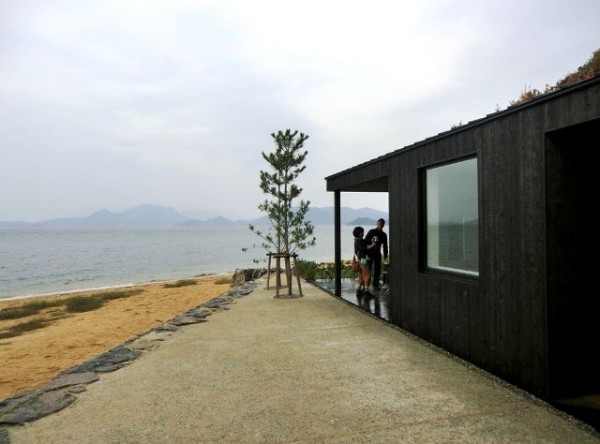 More and more suspicious about the whole thing, we started waiting in line to get inside (as it was the case with many artworks, nothing special here) but instead of being welcomed by the usual Festival young volunteers, it was two women wearing lab coats in a setting that was trying to evoke a scientific laboratory or something along those lines. This is then that I understood that this mini-museum was just that: a mini-museum. By that I mean that the building, the signs, the setup and the rest were all set to be permanent and not just the three months that the Festival lasted. All of that surely explained my first strange impressions but not completely. There were other permanent works in the Festival, and yet, they still followed the “rules” as far as signs, numbers and visual codes were concerned.

In other words, my suspicion that we had to deal with an artist on ego-trip didn’t totally disappear.

“Yeah, but what was inside?”

I can hear you losing patience and wanting me to go to the point.

Inside, we arrive in a conceptual space (and that word in my mouth is not really a compliment) pretending to be a scientific lab where something more or less scientific and more or less experimental was going on to the point one would almost expect seeing Boltanski coming out of nowhere and dressed up as a mad scientist. Soon, we are led to the main room of the installation.

This was a completely dark room, but it didn’t stay dark very long as suddenly, a frail light bulb was switched on, at the end of a long cord, right in the middle of the room. It was switched on in unison with a big beating sound, the bulb switching on and off as the beat went on. It didn’t take long to understand that this beat was indeed a heartbeat, the loudest heartbeat you will ever hear. We couldn’t see much for the few tenths of second the light was on at a time, just the other visitors’ shapes as well as a few mirrors on the wall that would spread that light just a little bit. The only thing that was clear, loud and clear, was the heartbeat as it was occupying all of the space, both from the sound point of view but also a visual one as what we could (barely) see depended on that heartbeat and even physically as the vibrations coming from the bass frequencies could be felt.
Sadly, taking pictures was forbidden, so the only thing I can show you is this picture from the Festival’s official sites.

That room and the sensorial experience linked to it were not unpleasant, far from it. Where things went wrong again was as soon as we left the room and were back to the scientific lab setup.

So, sure, the main room was worth it, despite the heavily conceptualized setup, the experience in that room was totally worth it. That only makes it a much better piece than most conceptual art one encounters nowadays, especially French conceptual art. However, I don’t know what to think of this whole pseudo-museum that supposedly collects as many heartbeats from all around the world as possible thing. If the idea itself is not a bad one, why the stupid bogus lab? Also, I really didn’t like the financial aspect linked to it. The whole project is supposedly humanitarian (an archive of human heartbeats) so, while I was in the building, why did I have a constant feeling that the artist was trying to rip us off in as many ways as he could? First of all, admission was ¥500 instead of the usual ¥300 for paying artworks (and even though, personally, I didn’t have to pay – I really did love that Press Pass). And it got worse, because if you wanted your heartbeat to be recorded you had to pay ¥1500!

Mr. Boltanski, if you want my heartbeat in your archives, it’s you who should pay me and not the other way around. Sure, I don’t have to be greedy, tell me about the human dimension, the legacy for future generations and all those things, and maybe, just maybe, if you use the right words, I may accept to let you record it for free. But making me pay to help you getting richer and more famous and nothing in return? You gotta be kidding me!?

And what about the things that were sold there? Were they for the human dimension and the legacy for future generations too? Sure, you were not the only one to sell products related to their works during the festival, but that’s the point; others who did it were selling things related to what they were exhibiting, and for a cheap price. Not super expensive books and DVDs about their other previous works and such things totally unrelated to the Festival or even to Les Archives du Cœur… That was just wrong! We were not in the Pompidou Center in Paris, Mr. Boltanski, we were on Teshima during the Setouchi International Art Festival! Were you there to help promote the islands and the area or were you there to promote yourself?

I know, I’m a little hard on him, but I really wanted to like that piece of art, and not only because he is my compatriot. Instead, it left me with a quite bitter taste in the mouth and some shame that the only French artist in the Festival could have been the one that could do that. 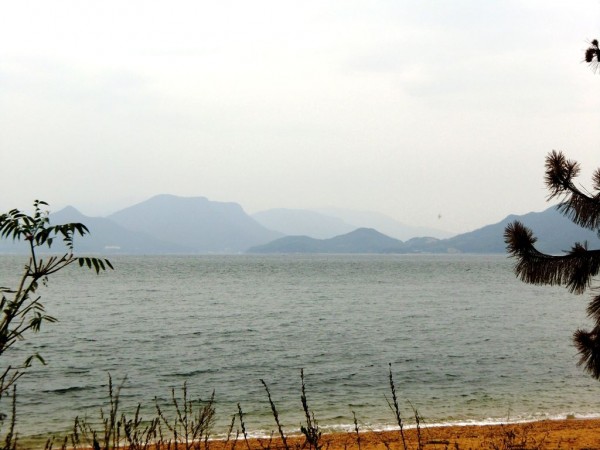 However, do not let this harsh critique discourage you to go visit Teshima if you get the chance, or even the piece itself. Teshima is indeed one of the most pleasant islands of the region and seriously I hope Les Archives du Cœur combined with the newly open  Teshima Art Museum will attract a lot of visitors to the island so that it doesn’t slowly die off like many other islands of the Seto Inland Sea.

Les Archives du Cœur is open from Wednesday to Sunday, 10am-5pm. Admission is ¥500.

You can also check the Map of the art location during the Festival.