I think I never really told you about the Fukita Pavilion, did I?

(I checked, I’ve barely mentioned it in this post and that one)

So let me tell you about it today.

The Fukita Pavilion is an art structure – not really a building – designed by Ryue Nishizawa (of Teshima Art Museum and more generally SANAA fame).

It is located in the village of Fukuda, in the northeastern corner of Shodoshima. You can’t miss it, it’s nested between the Fukuda Hachiman shrine (one of the shrines hosting the famed Autumn matsuris of Shodoshima) and the former school, now an art gallery that belongs to Benesse (like most of the art on Naoshima) and that is called Fukutake House (more about it another day). The Fukita Pavilion is technically a part of the Fukutake House. Both made their debut in 2013.

What is it? Well, it’s basically two big vaguely square sheets of steel layered on top of each other, with enough space between them for people to sit down and relax.

Confusing? How about a few pictures and a video? 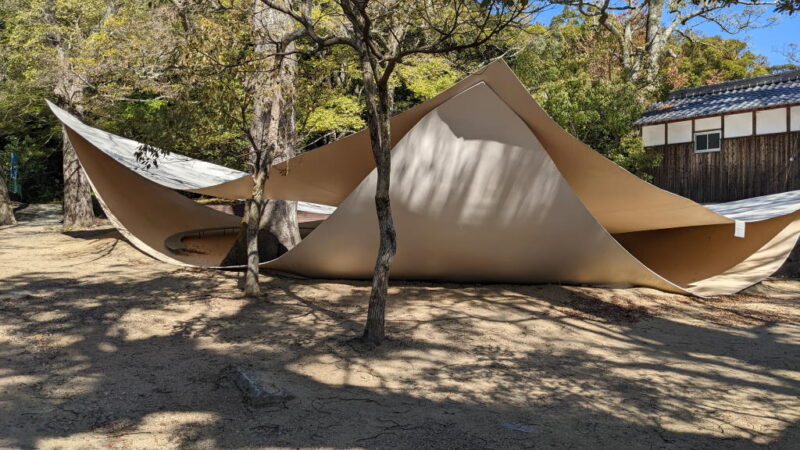 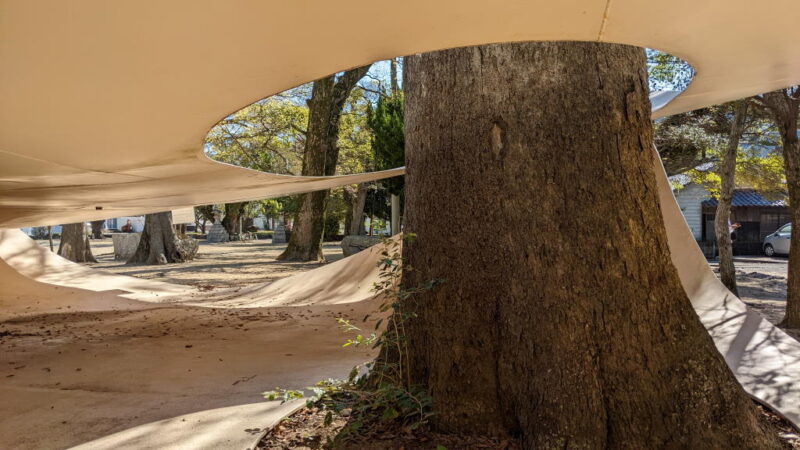 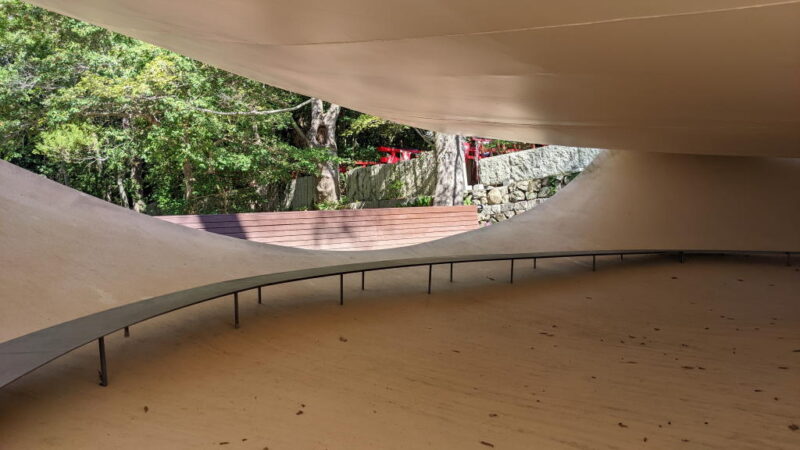 Just like a lot of Nishizawa’s works, it really needs to be experienced more than just seen. To give you an idea, you may find it a bit reminiscent of the Teshima Art Museum on a much smaller scale (and intensity).

Fukita Pavilion is a very original and interesting structure, with a few downsides. First, it’s meant to be used, but the truth is that it’s not very practical to sit down and relax. However, it’s a great place for kids to play, especially when they have to follow their parents all day from artwork to artwork (I speak from experience). Also, I think it would have benefitted to be in another location. Not only Fukuda overall is a quite remote village but also, stuck between the shrine and the school’s gym, it has trouble “shining” whereas I think it could really have become a landmark if it was located somewhere else. Oh well, it’s one of these hidden jewels that are actually somewhat protected from the dangers of mass tourism, so there is that.

It’s open all day every day as it’s an outdoor artwork in a public area.