Last night, we waved goodbye to Bengal Island and the summer session of the Setouchi Triennale. Here is a small report about this eventful and emotion rich evening.

When I got there at around 4pm, pretty much everyone was getting ready to head to the Sunport “tent” (not a real tent, but this big covered space where various events are held). This is where the last moments of Bengal Island and the summer session were going to take place. 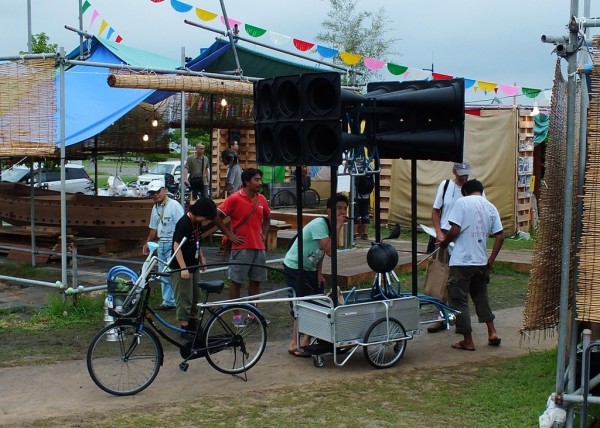 Atsushi Ozawa (in red), Bunpei Kado (in green), Douglas Brooks (in white with the grey hat) and the artist in charge of Junk Work (I realize that I don’t know his name, he’s the guy with the signed white T-shirt) were getting ready to go. Douglas invited me to join him and we ended following most of the ceremony together.

It all started with the auction, where a good number of the (large and/or valuable) objects that had been created during the whole duration of Bengal Island. Fram Kitagawa was the auctioneer. This is also the moment when I realized that this quite impressive man (as he is one of the most important men in the art circles of Japan, and the Setouchi Triennale’s director) doesn’t necessarily take himself seriously. 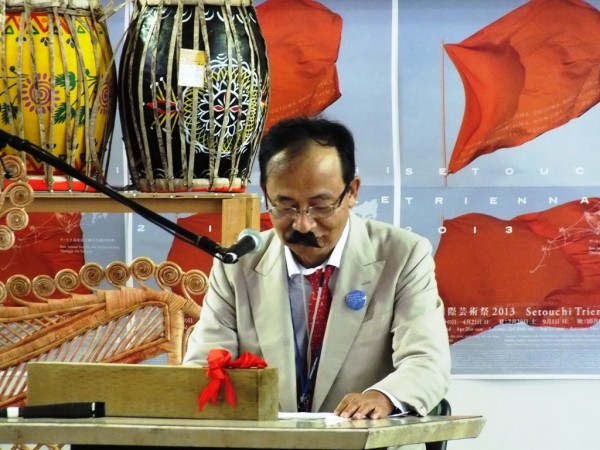 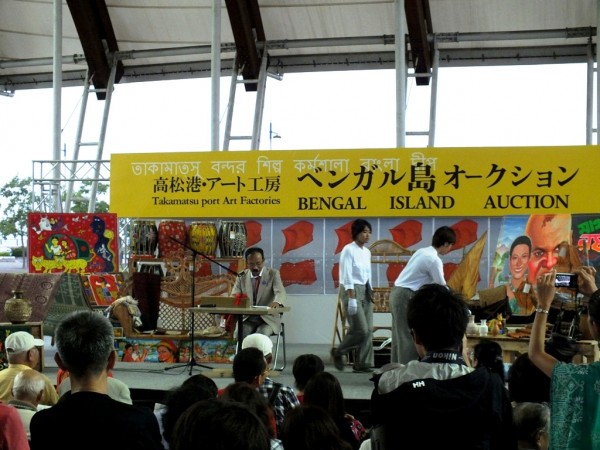 As I couldn’t really afford many of the things that were sold, I didn’t enter the auction (you needed to sign up for it). However, some objects were sold for much cheaper than I expected (for example, the rickshaws were sold for 40,000 yens each, I would assume that they’re worth much more than that. I guess their problem was they’re too large to just have in your house, so that affected the demand for them). The things that really interested me (some of Nazir Hossain paintings, some music instruments – even if I can’t play music – and of course the dinghy models) were sold for quite a lot of money (most of them about 100,000 yens if I remember correctly).

Once the auction was over, there was some time before the beginning of the closing ceremony, so I went to Bengal Island which was almost deserted at this point to say my goodbyes to the place in the form of a final visit: 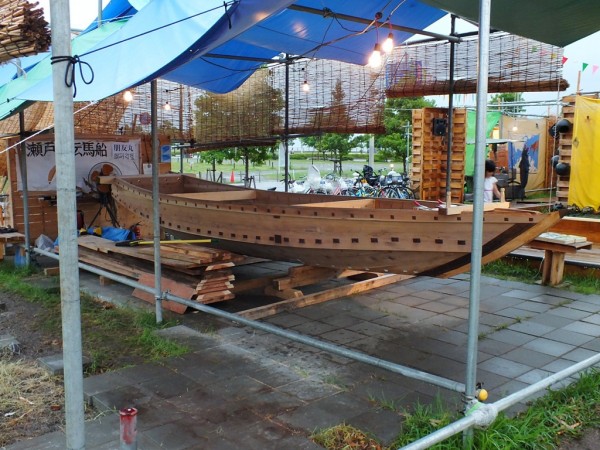 I could finally see the finished Japanese boat. I hope to see it again one day, hopefully on water. 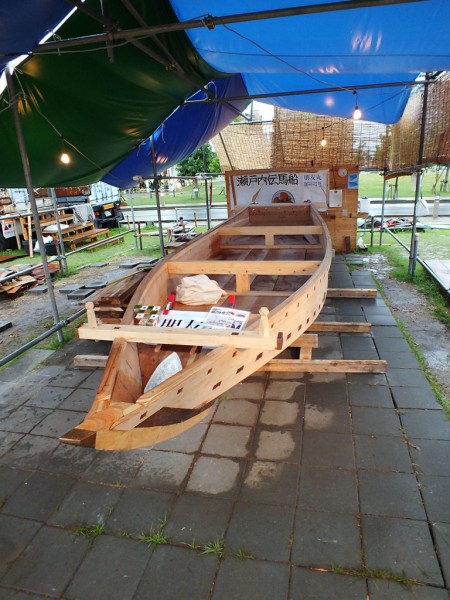 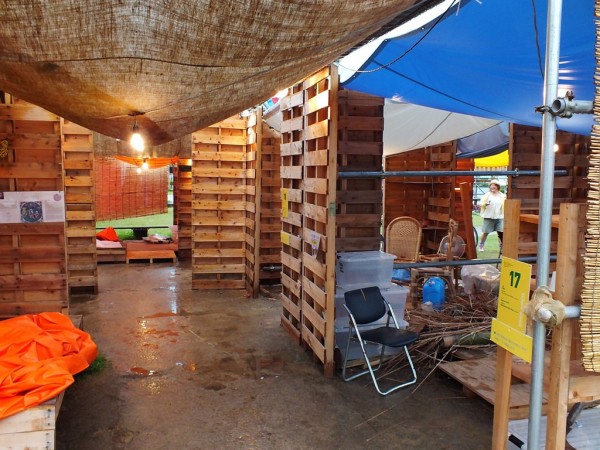 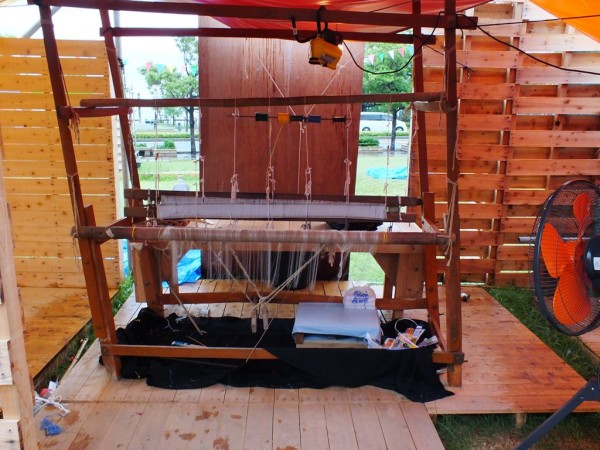 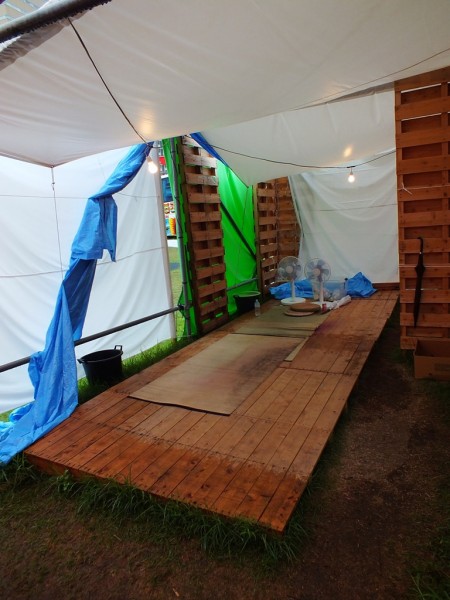 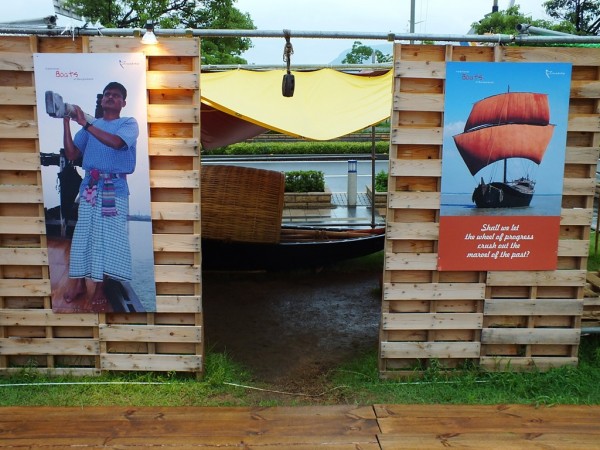 I have to admit that this last visit was much more emotional than I had expected. It was hard to stay insensitive walking in those alleys, seeing those now almost empty booths that used to be so vibrant with life, especially knowing that the next time I’d walk there, all of it would be gone.

Of course, my goodbye to the Bangladeshi dinghy was a pretty strong moment. For some reason, this is there that my history with Bengal Island really started. And the dinghy itself… It’s more than just a wooden object. I got attached to this particular boat. Will I see it again? Not sure. 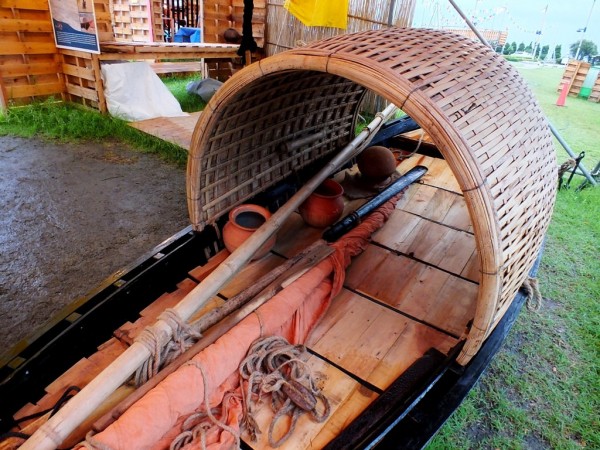 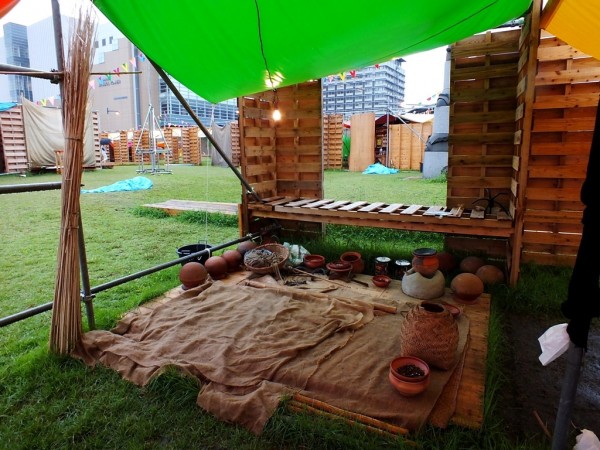 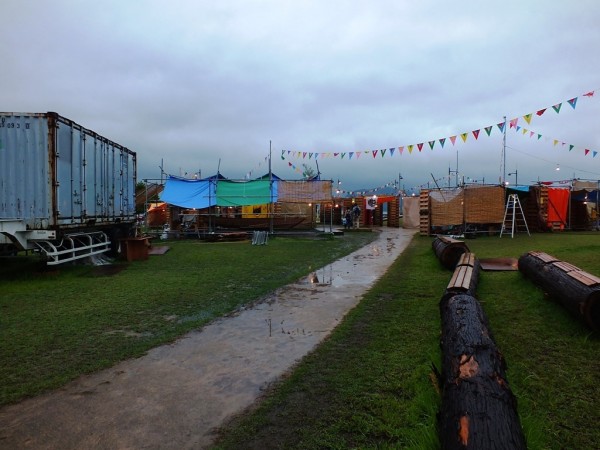 Right after the previous picture, I turned around and walked back to the “tent”, leaving Bengal Island forever.

But there was no time for sadness yet, the closing ceremony was about to begin. Thanks to Doug I ended up sitting on the front row, a great spot for pictures, isn’t it?

The ceremony started by a series of speeches: 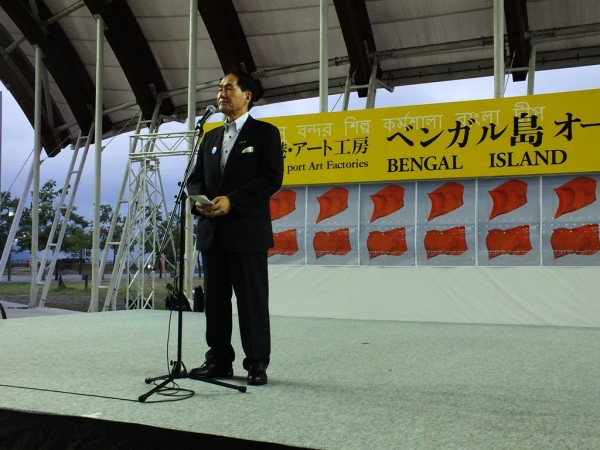 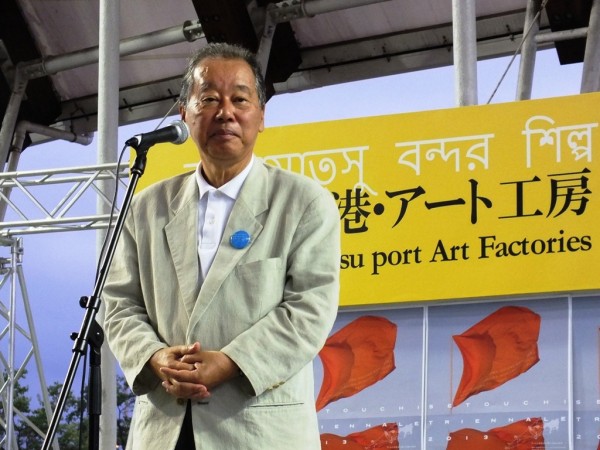 Soichiro Fukutake, without whom all of this wouldn’t exist.
(in case you forgot, he is among many other things, the President of Benesse Holdings, the “inventor” of Naoshima Art Site, and the co-founder and co-president of the Setouchi Triennale) 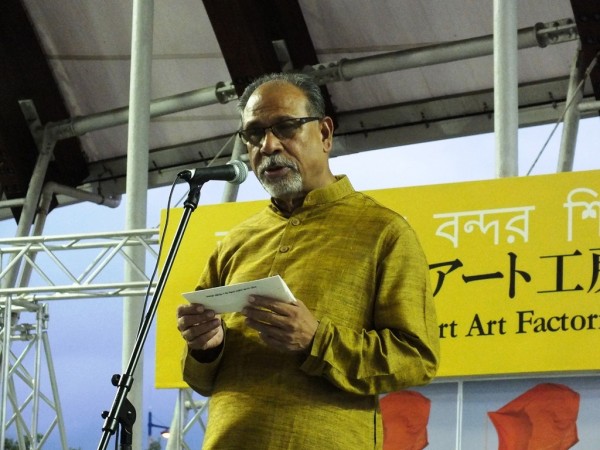 A Bangladeshi official. Unfortunately, I couldn’t get who he was.
(and his speech was in Bengali translated in Japanese, so I didn’t follow much of what he said, except for the few parts that were in English)

During this last speech, the rain that hadn’t been bothering us much for the past few hours started falling again. It’s a good thing that the space where we were had a roof, right?

Then, all the Bangladeshi artists and artisans came on stage. It was a pretty moving moment for reasons I don’t need to explain. 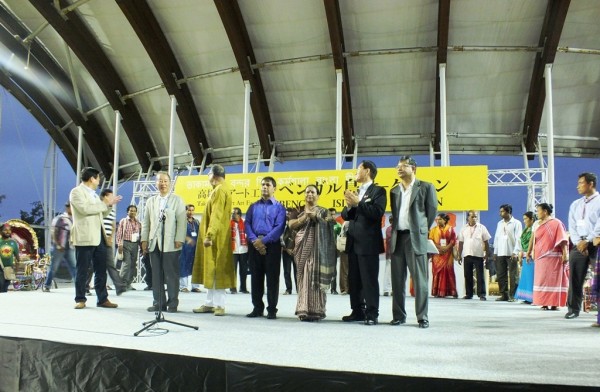 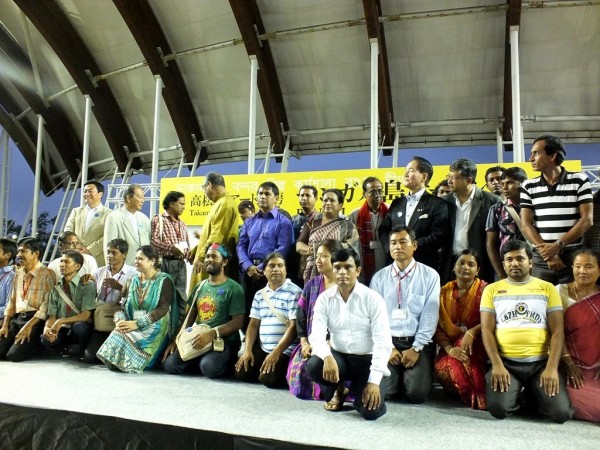 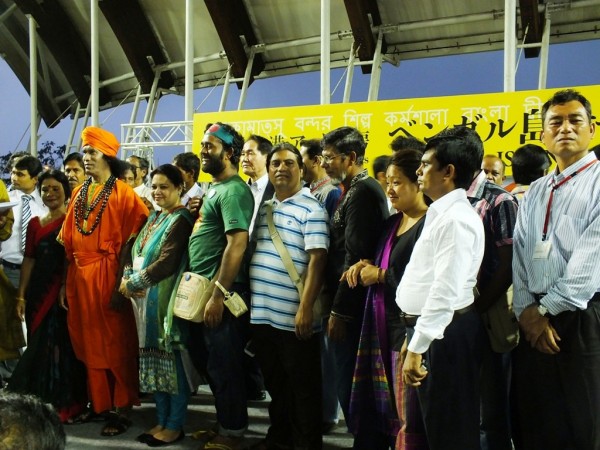 Many many thanks to all of them. During those 44 days, they not only showed us wonderful art and crafts, they not only made us have a good time, they also were the best ambassadors Bangladesh could hope for.

While everyone was on stage, rain started to get stronger, very strong, and then wind came too. You may have noticed that the place has a roof, sure, but have you noticed that it has no walls? So, yeah, as the wind and the rain both got really strong, it basically started raining everywhere. 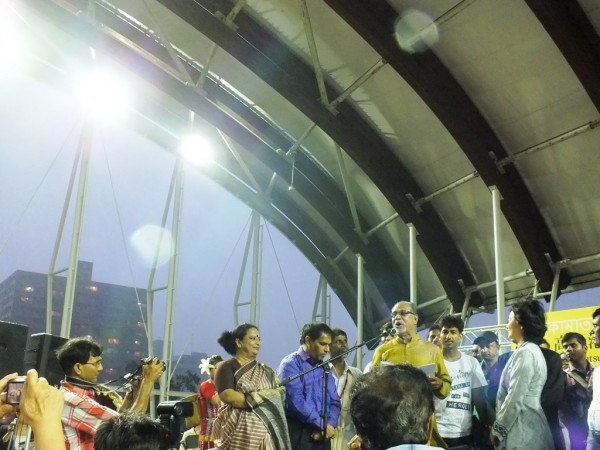 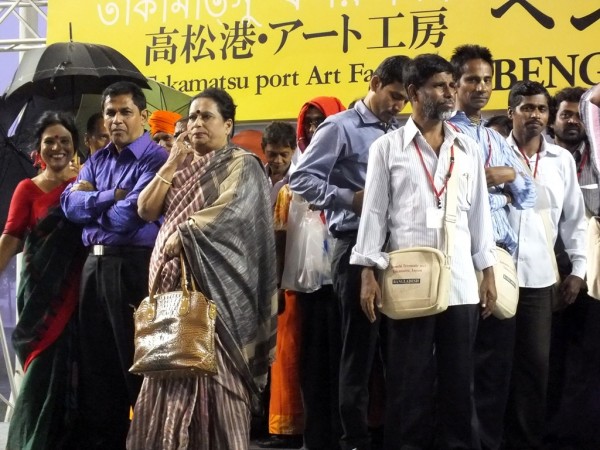 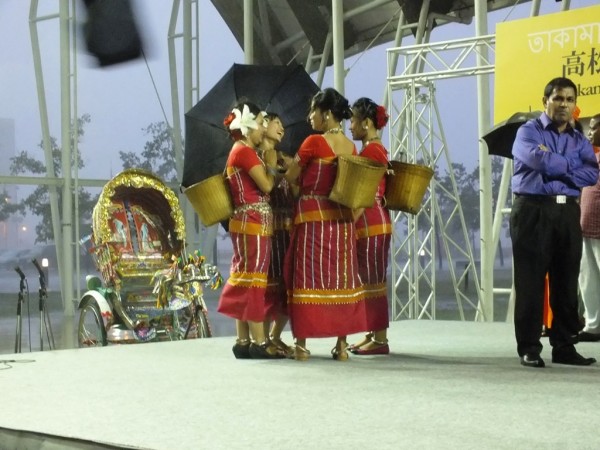 As all the official things were finished, it was time to the ceremony to start its more fun and artistic act. Next on stage were going to be these four charming dancers, as well as the Baul music band that played the previous week-end (and all week long I assume). 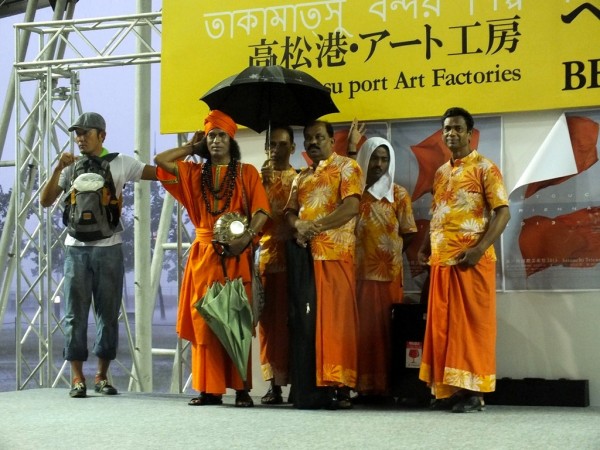 Things didn’t seem too good for the band, as their music instruments were going to get wet if they played. Not good. 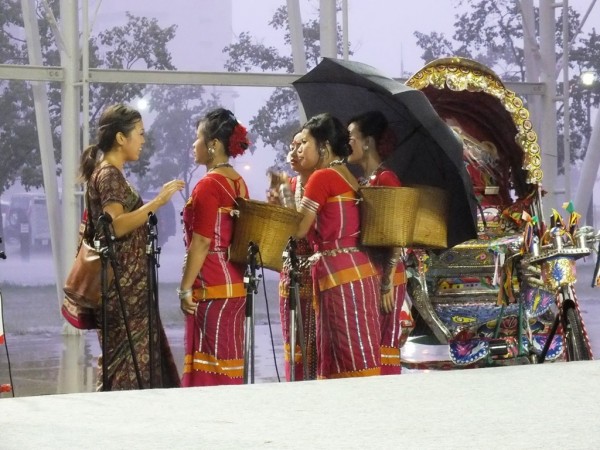 However, the dancers could dance, even with the rain. Even if those were not the best conditions to do so, it could also bring something interesting. At that point though, the rain was getting so bad that I had to pack my camera and my camcorder, so you won’t see any pictures nor clip of the dance.

And unfortunately the dance didn’t last long at all; about one or two minutes in, power was lost. No more lights, and more important, no more music. They tried to keep on dancing a little more, in case the power came back, but they quickly had to stop. I feel sad for them.

That was followed by a moment of confusion, however, pretty much everyone was still in good spirits (except a few people in charge of the organization who were not laughing it off at all). That’s something that really marked me. Sure the closing ceremony was all messed up now, but everyone was happy anyway. Yes, this is the type of community that Bengal Island had been all around.

After a little while, as the rain and the wind calmed down, I could take pictures again, although I had to use my small automatic (that I brought with me by chance), I didn’t dare to take my bridge out of its bag with everything being wet (especially my T-shirt, where it was going to rest,once I put it around my neck). 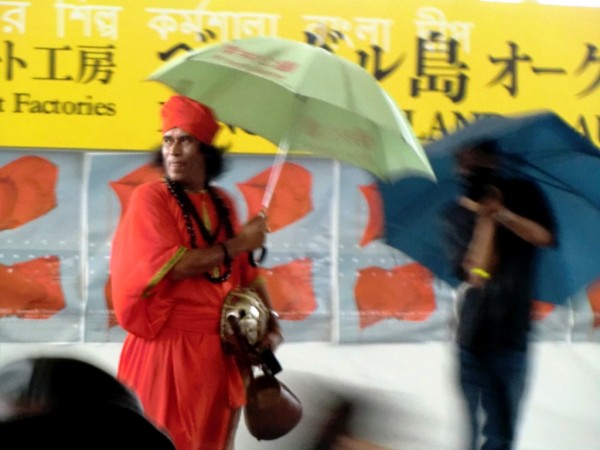 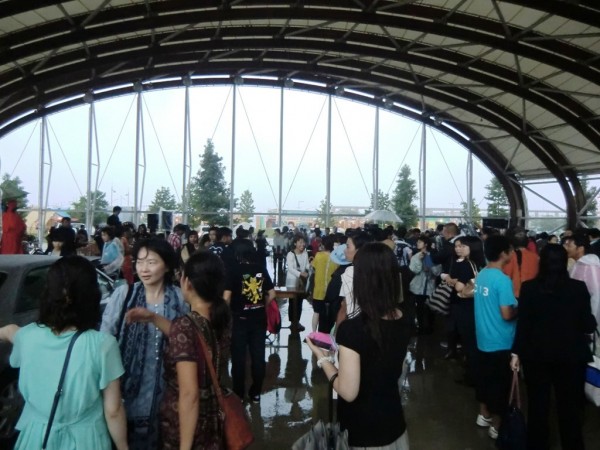 The next and final piece could start, the lack of power was not really an issue at that moment.

Do you remember those four cars that have been polished all summer long at Bengal Island by students from Nihon University College of Art, right? Well, there were part of the big finale of the Summer session and of Bengal Island. And it will get its own post soon (most likely the next one). 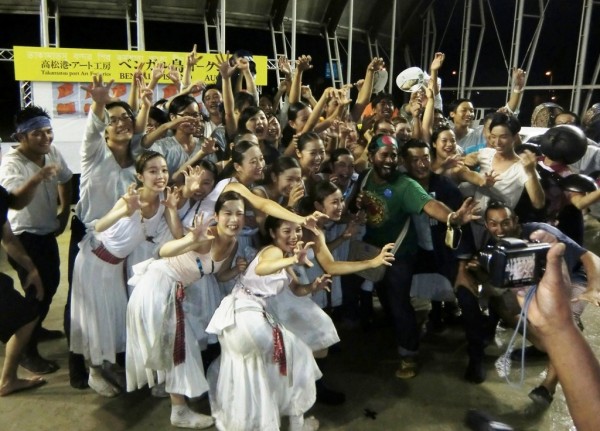 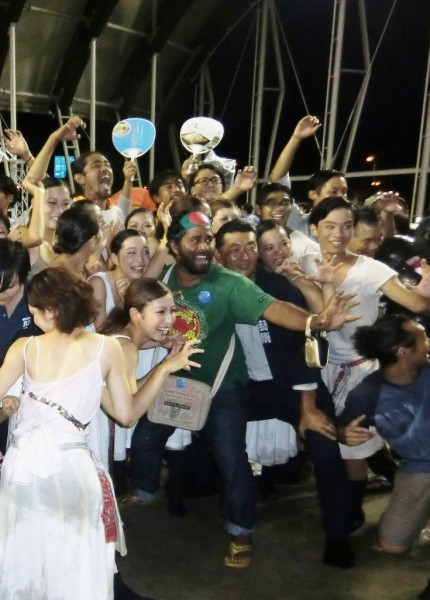 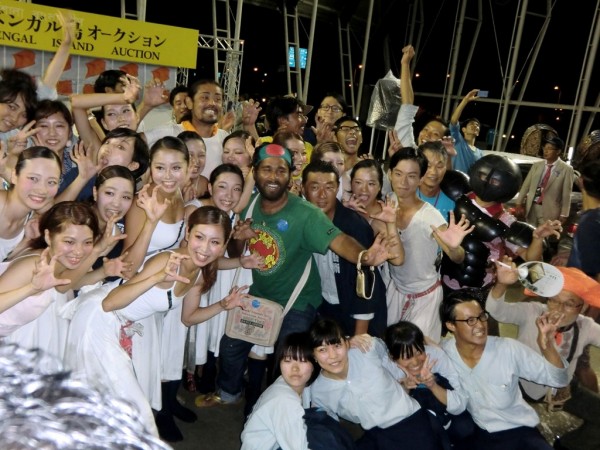 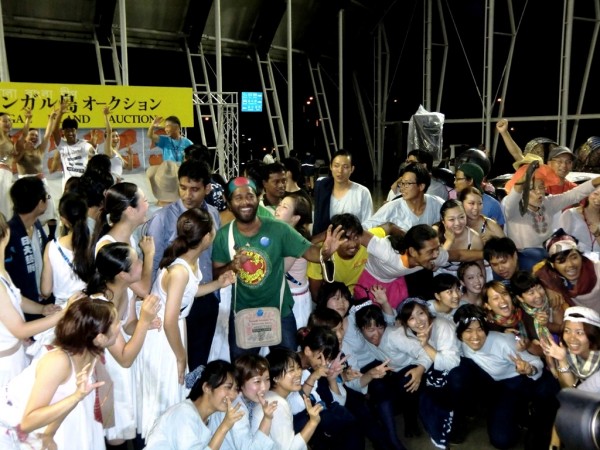 And then, it’s time for the real goodbyes. I’m sure that a lot of the people stayed longer for some final moments together (even if many people were leaving the country the following day I can’t imagine all just going to their hotel right away), but my time at Bengal Island had finally come to an end. I waved my goodbyes to all the people that I had met and befriended, hoping our paths cross again, even if I’m aware that it’s pretty unlikely in most cases. I wish it were different, but if life taught me one thing, is to cherish those moments as they happen and for what they are as they can never be recreated. It really was a very special moment in the lives of all the people involved (and I was just a “regular visitor” so I can only imagine the intensity of those moments for those who lived there, next to each other for those 44 days). Many many thanks to every single one of them.

As I left, I turned to look back one last time (not something I usually do), and I noticed him a few steps away. Fram Kitagawa was standing there, alone in the background, just looking at the scene, in thoughts. I just told him “Thank you very much.” He turned towards me a bit surprised and nodded.

On my way back home, I walked along the Bengal Island site, without entering. Looking at it for one final time, I saw Atsushi Yamaberi looking at his own booth, in thoughts too. 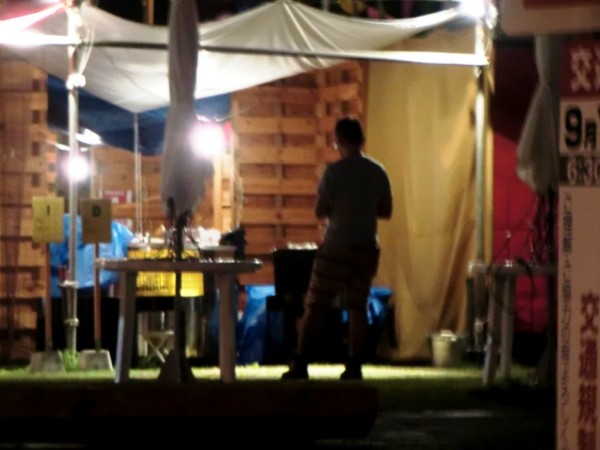 4 thoughts on “Bengal Island: The End”