You may have noticed that boats have been a recurrent topic on the blog this summer. Well, this is not over yet, and here is one more post about them (and a few more are on the way).

Today, I want to tell you a little about a project simply called The Boat and the Builder. It is lead by Douglas Brooks and Koji Matano, as well as the former’s apprentice, Takumi Suzuki. It takes place at Bengal Island, where the three of them, from July 20th and until September 1st are building a traditional Japanese boat, the kind that used to sail through the Seto Inland Sea.

I have already shown you some pictures about the construction in my previous posts talking about Bengal Island, and here are a few more as well as a short interview of Douglas Brooks: 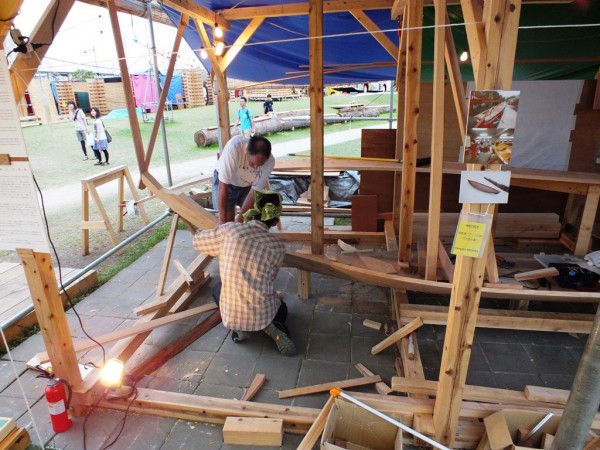 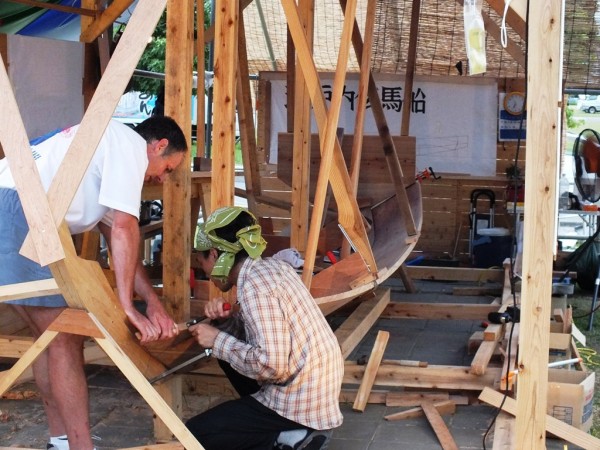 On August 5th, Douglas Brooks tells us about the project: 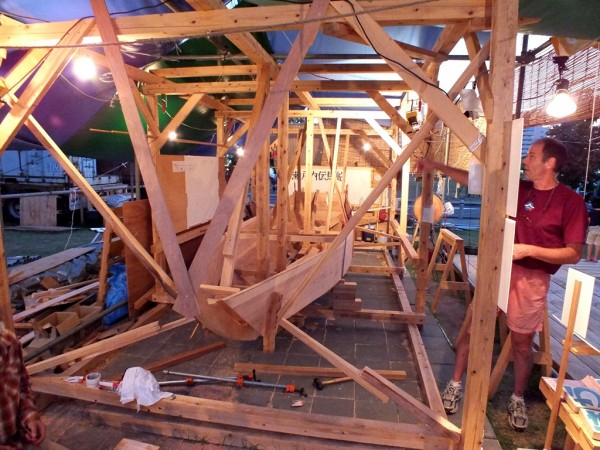 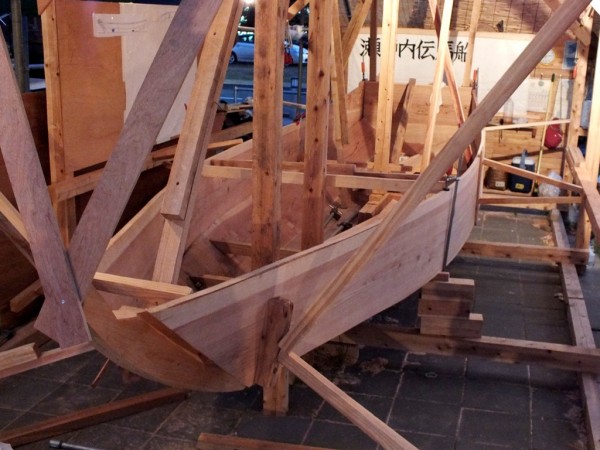 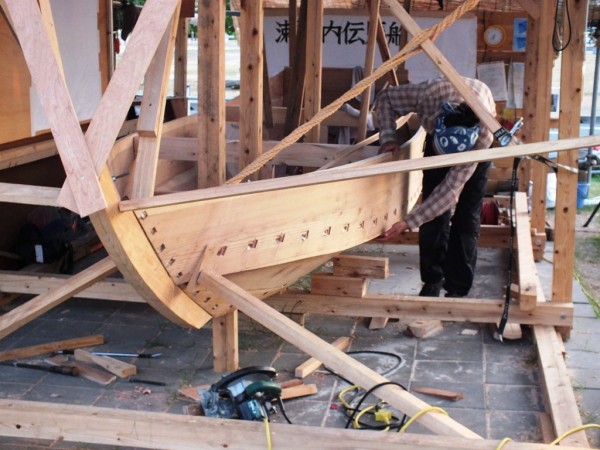 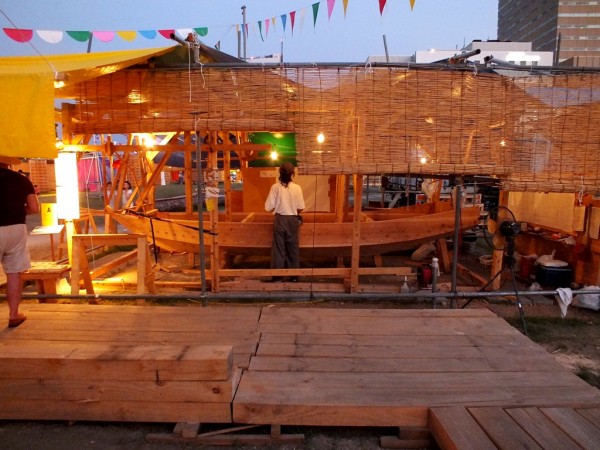 I wish I could give you more details about the boat building process itself, but I’m a complete novice on the issue, and Douglas does it himself on his blog that I invite you to check out as well as another (I assume written by Takumi Suzuki):