Yayoi Kusama’s Yellow Pumpkin is back on Naoshima!

If you need more details, remenber that last summer, the Pumpkin got badly damaged (basically destroyed) by a typhoon. Its future was up in the air for a while, details are scarce, I know some, I don’t know many, but a few months ago it was announced that it was going to return eventually this Fall, most likely in November.

Until last weekend, when some of my little birds on Naoshima chirped in my ears in a way that pushed me to go to this island this morning as early as possible. I couldn’t take the 8 am ferry (I had to bring the kids to school), so I hopped on the 9 am fast boat. I think it was the first time I took it actually. 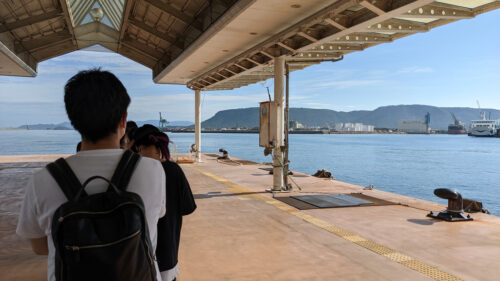 I got there, a few minutes after the end of the unveiling ceremony. I think it was very early (and wasn’t publicized at all) so there were as few visitors as possible, only locals and guests (and journalists). Journalists were filming their pieces for the local evening news. 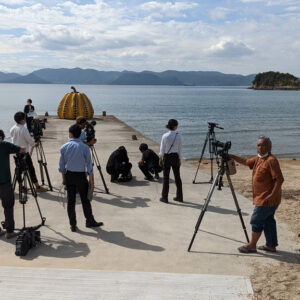 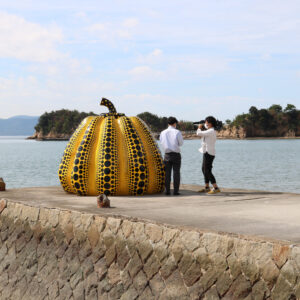 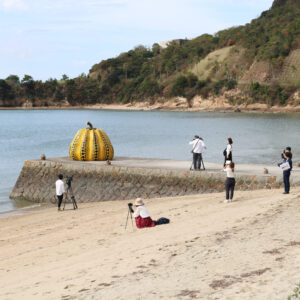 And Benesse had a live feed on Instagram, filmed by this woman: 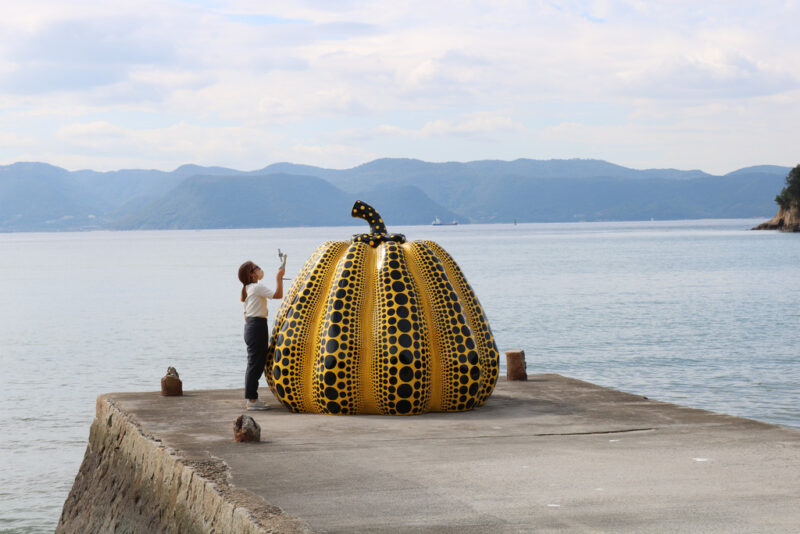 After the end of the live feed, I could take some pictures. Then, I went to see a few artworks in the vicinity and returned later to have the Yellow Pumpkin for myself. And as foreign tourists will start returning as early as next week, it’s probably the last time before a long time, I could have it for myself. (on a side note, if you live abroad and plan on coming to Japan soon, please, wear a mask, there are very few Western visitors at the moment, but almost none is wearing a mask – this is a problem).

Alright, I know you’re here for the pictures, so here they are: 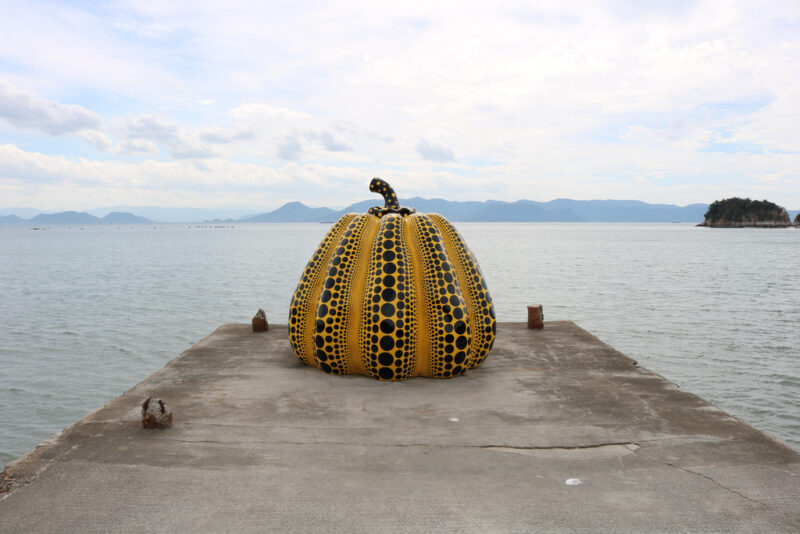 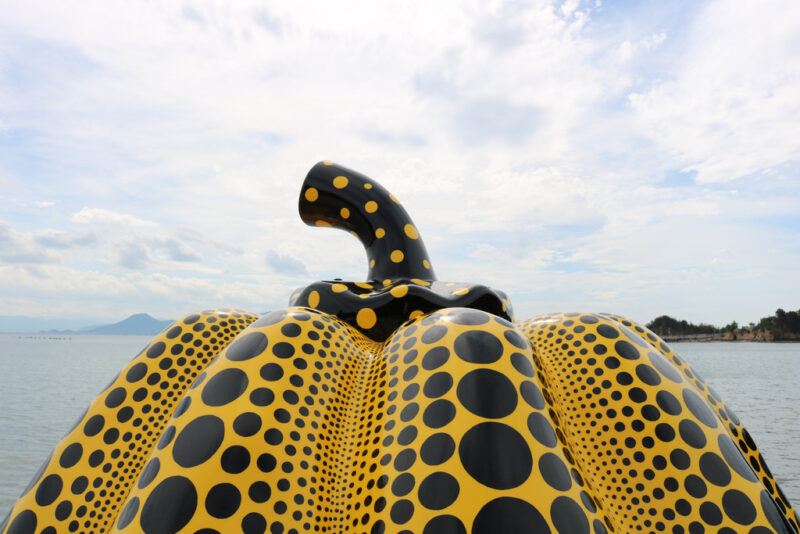 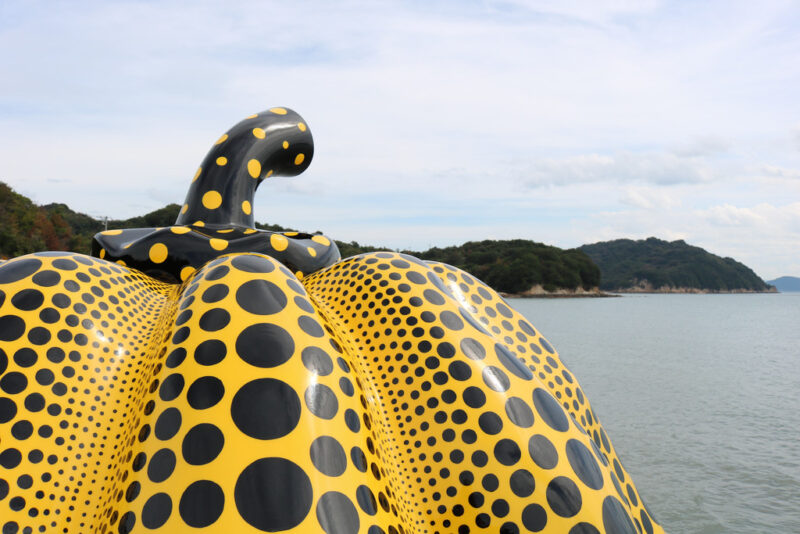 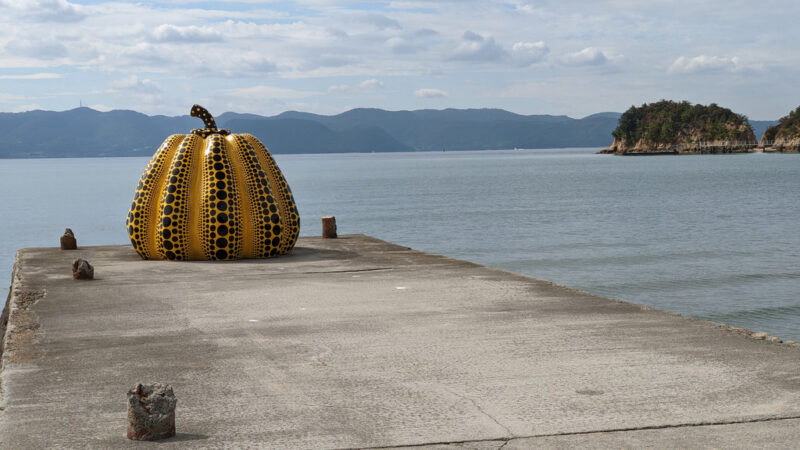 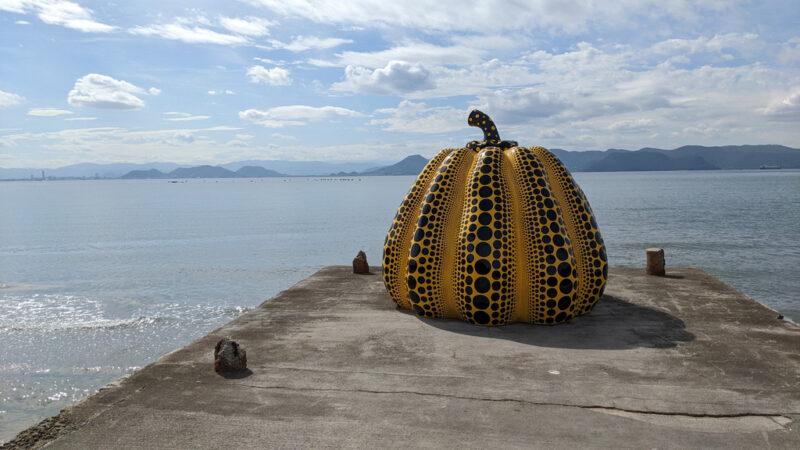 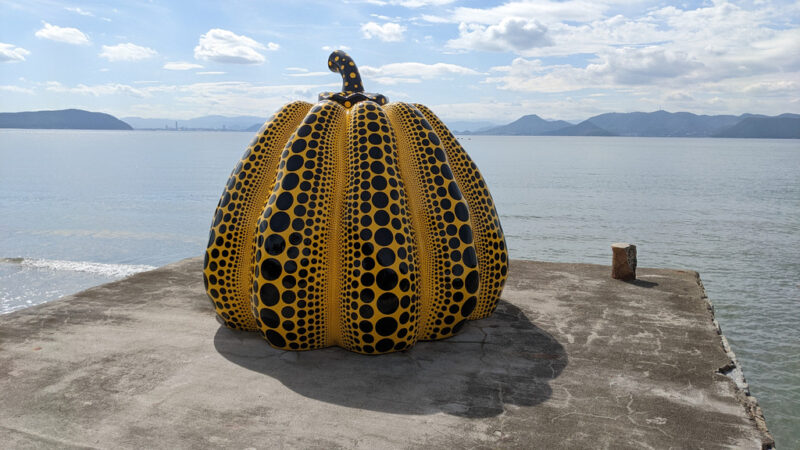 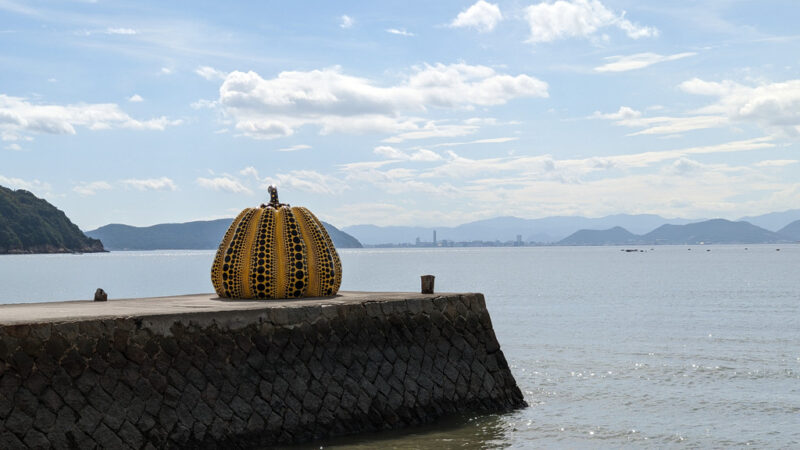 Of course, I filmed a video too:

Alright, that’s all for today. As always, if you liked what you saw, there are many ways to thank me (click on the logo below), but know that the first one is always to share this post with your contacts.

Also, if you want to use this post as a source for your own content, please give proper credit and link back to this post. Thanks in advance.

1 thought on “Yayoi Kusama’s Yellow Pumpkin is back on Naoshima!”