The Pumpkin and the Typhoon

If you are reading this, I assume that you already know Yayoi Kusama’s Yellow Pumpkin that can be found at the end of a pier on Naoshima‘s south beach.

I have shown it to you many times on this blog.

Here are two of the last pictures I took of it, a little while ago. 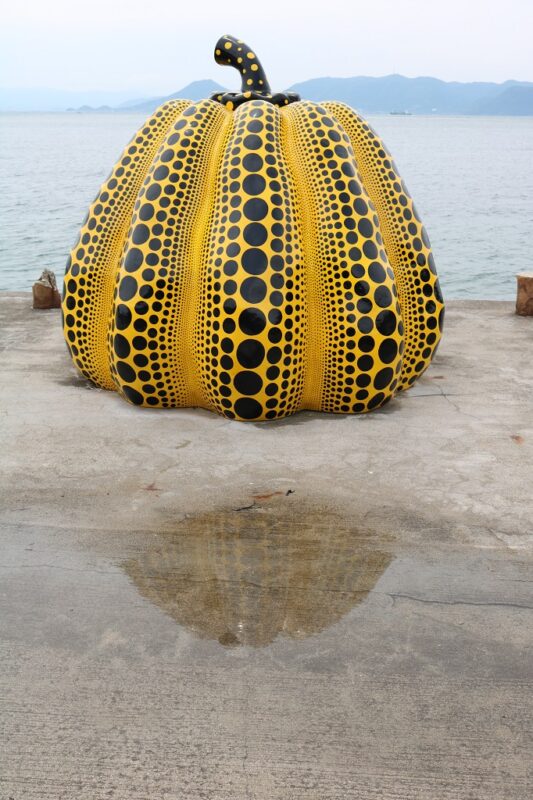 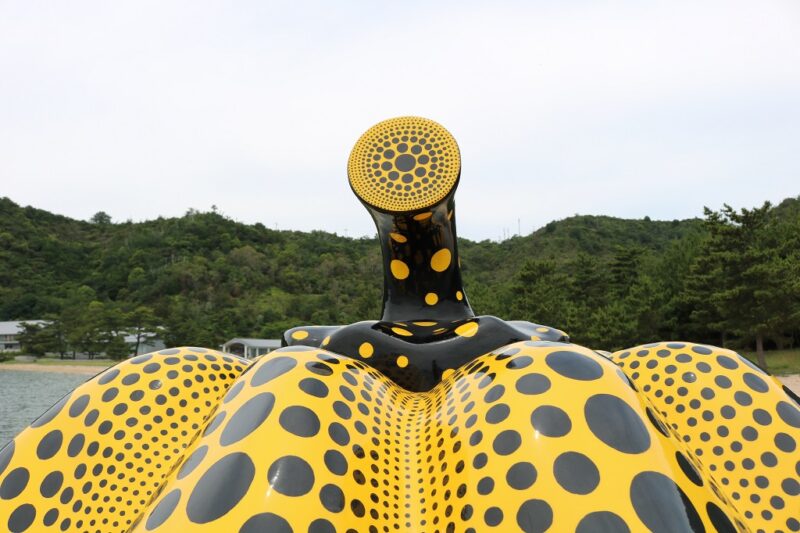 Yesterday and today, a typhoon passed over Japan. It was not very strong, and it was not supposed to have much of an impact on Kagawa Prefecture.

But typhoons are things that are not always totally reliable, and the winds turned out to be much stronger than expected, especially in the north of the prefecture, especially on Naoshima.

For some as yet unknown reason (but probably this underestimation of the impact the typhoon was going to have on the area), Benesse didn’t find it necessary to bring the Yellow Pumpkin to safety as they usually do.

After that, it broke apart into several pieces and it’s not really fixable.

This afternoon, my friend Andrew McCormick, a Naoshima resident, went on-site and took a few pictures that he’s been willing to share with us. 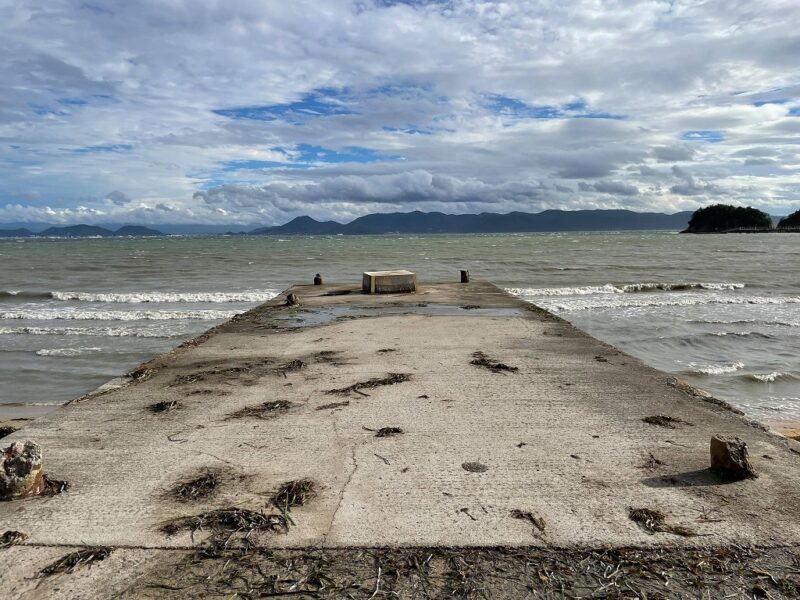 The Pumpkin is not the only Naoshima artwork that was damaged by the typhoon. 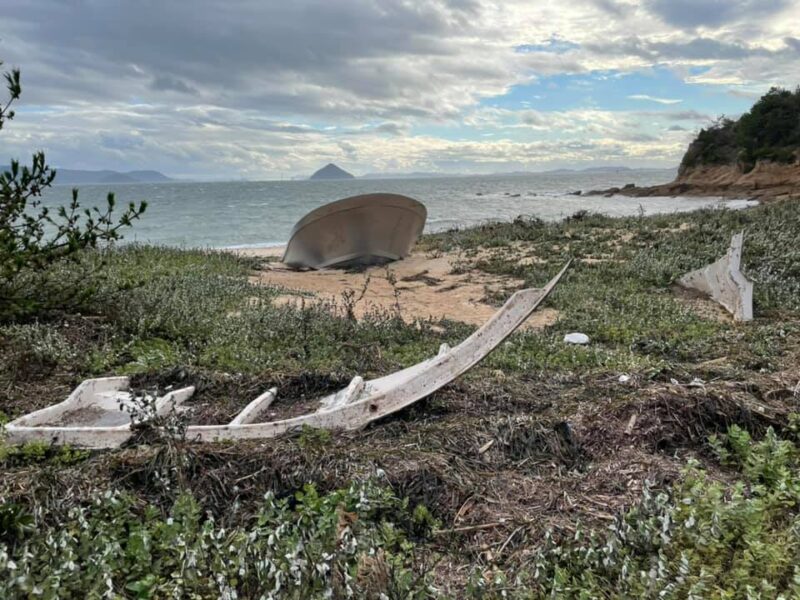 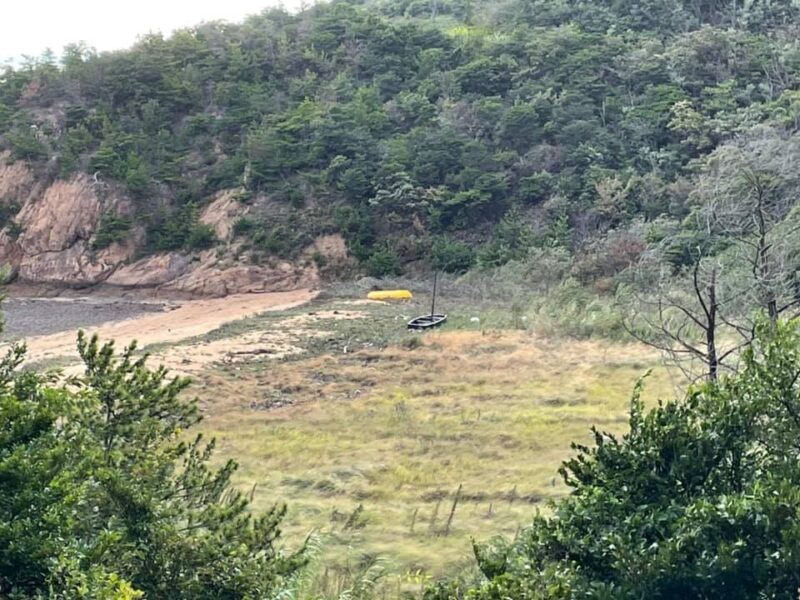 Yellow and Black Boats by Jennifer Bartlett are not in a good shape, but at least they were not swept away by a wave – Credit photo: Andrew McCormick. 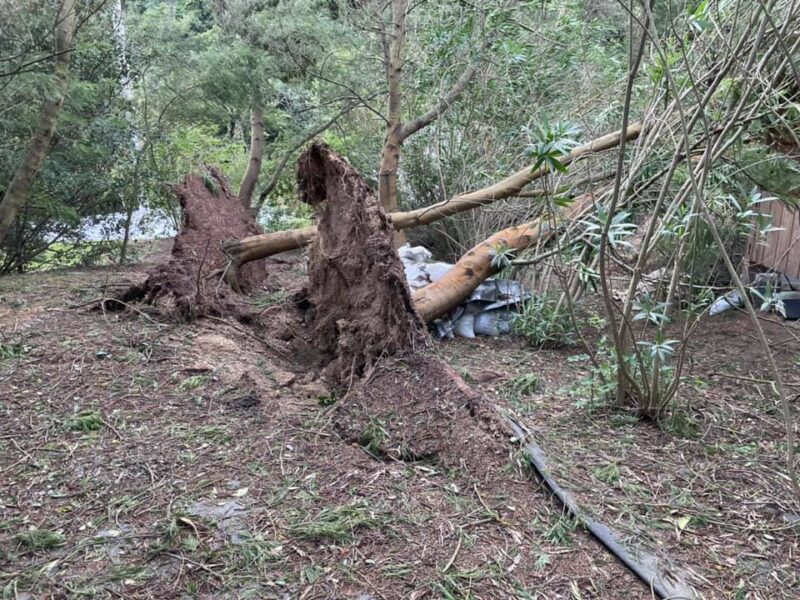 Actually, I’m not too pessimistic. While not a secret, it’s not very public information, but know that this isn’t the first time the Yellow Pumpkin has been damaged and replaced with a newer one (but before, it wasn’t as famous as it is now, and there weren’t cameras pointed at it almost constantly).

However, as I understand it, this time there is no replacement ready to go. Seeing the Pumpkin again at the end of this pier may take some time.

I’ll keep you posted, but don’t despair, you’ll most likely see it again sooner than later.

Update (August 11h): Benesse announced yesterday that apparently, it’s fixable, and it will be renovated, not replaced by another one.

4 thoughts on “The Pumpkin and the Typhoon”