Last weekend I was sick (still am a little – a bad throat inflammation for unknown reasons; I suspect exhaustion) so no Setouchi Triennale island for me. 🙁

However, that doesn’t mean I stayed home for the entire weekend, I got to go a to matsuri instead!

As I previously mentioned, mid-October really is matsuri season in the area (I don’t know if it’s the case all over Japan, sometimes I have the feeling that summer is the big matsuri season elsewhere), and there was one taking place in Mure (a former small town now part of Takamatsu, near Yashima). It took place at Shiraha-jinja and it was pretty interesting.

I’m not going to tell you a whole story about it, there isn’t much to tell, mostly to show (as usual with the galleries, click on the picture of your choice and then browse the gallery using the left and right arrow keys): 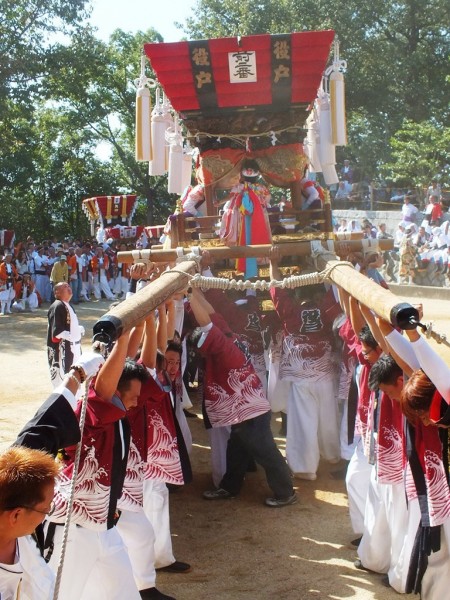 In addition of those pictures, I don’t have one but three videos. Enjoy: