Right after returning from Ogijima, on that last day of the Setouchi Triennale 2013, we headed to the closing ceremony that was taking place in a reception room inside the Sunport Hall.

I don’t really have much to tell about it, actually this post may be not that interesting for most of you, but in case you were wondering what this ceremony looked like, I decided to document it: 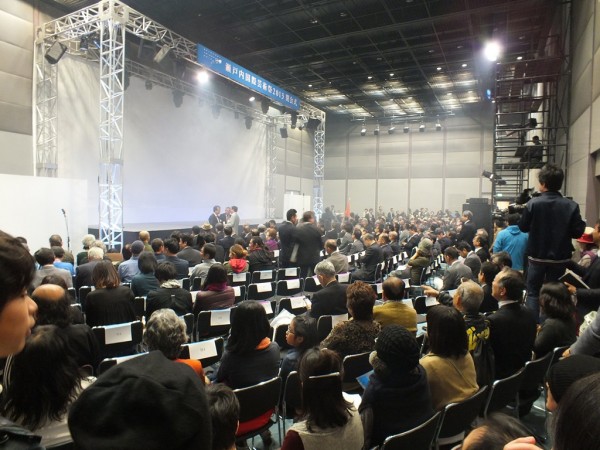 The room gets filled by its many guests (artists, officials, islanders and guests). 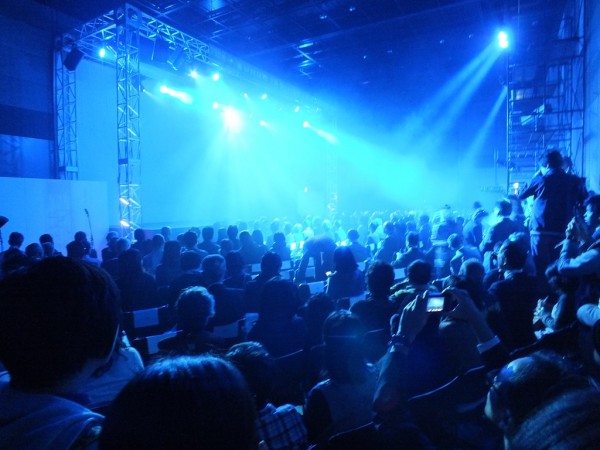 And the ceremony is starting… 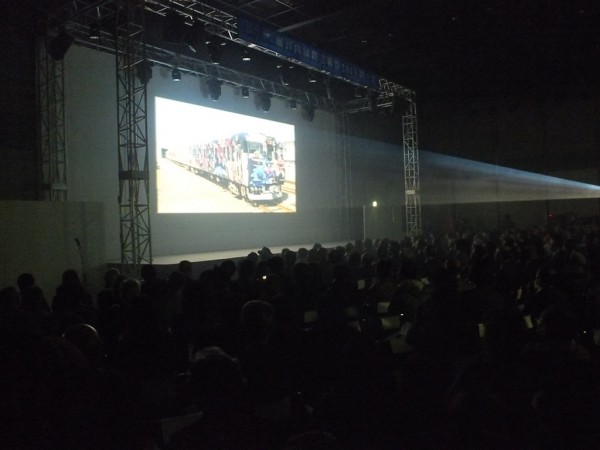 … with a short film showcasing some highlights of the Triennale. 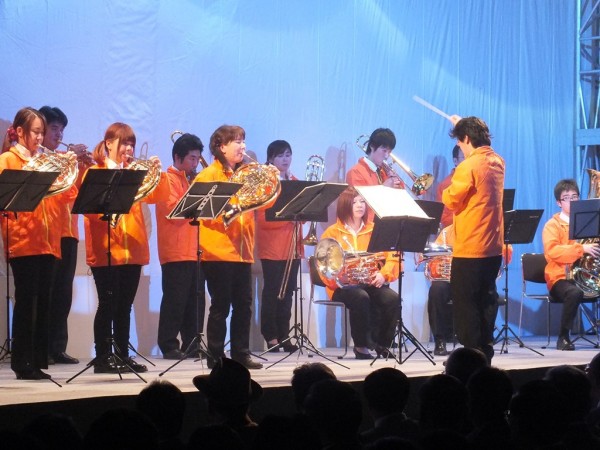 A certain number of musical pieces were played.

Here is a small video showing some of them: 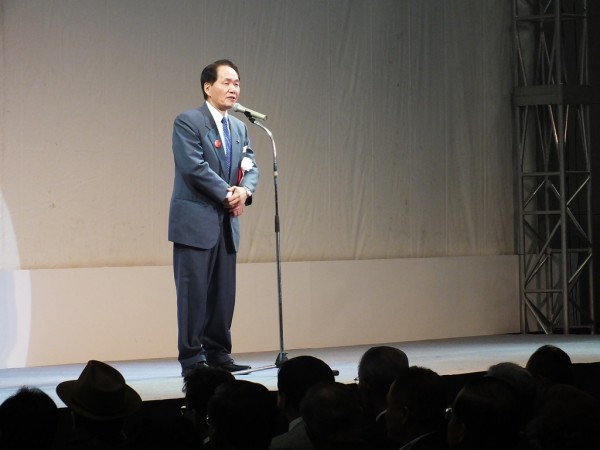 … followed by Soichiro Fukutake (surprisingly, even though he was present in the room, Fram Kitagawa didn’t make a speech, I’m not sure why).

Then, Hideto Onishi, the mayor of Takamatsu, presented the winner of this year’s Grand Prize. That is Frenchman Didier Théron for The Inflated / Adventures, the performance performed by his dancers on several islands and locations (unfortunately I missed all of them as they all took place on weekdays).

As the Grand Prize winner, Didier Théron is automatically invited back for the next session. I hope to see him in 2016 then.

After that, a bunch of people representing islanders from all 12 islands as well as a few artists all came on stage for short speeches about their experiences or the ones of their island during the festival:

Then, it was time for the finale. If the ceremony had been somewhat serious and formal up to that moment, the Koebi-tai volunteers made it their own at that moment, and it became way more festive:

What now you may be wondering?

For the blog, nothing special. It will continue its life as usual. I’ll still talk about the triennale quite regularly, presenting the artworks that I haven’t presented yet (especially those that remain more or less permanently), as well as giving you whatever information is worth mentioning. Of course, I’ll also talk about other subjects (I have this ascension of Konpira-san to finish among many other things) as I always do.

For the Setouchi area. Well, I’m sure the preparations for the Setouchi Triennale 2016 are already slowly starting, but for you and me, the most important part right now is that Art Setouchi is coming back. That is a number of artworks that remain more or less permanently and that you can still visit (not every day though, and this time, no art passport, you’ll have to pay for each non-public one individually). In other words, if you’ve missed the Triennale and would like to visit the Seto Inland Sea islands, no need to wait until 2016, you can do it at any time (you’ll even get a more “authentic” experience of the islands during these times).

The end… and the beginning…