Do you remember a short while ago, I showed you the arrival of the Seppuku Pistols on Megijima? However, I remained mysterious regarding their intentions on the island.

Well, wonder no more. Here is the reason why they went; a challenge!

And not any challenge, as they faced Bonsai Master Masashi Hirao, responsible for the Feel Feel Bonsai project. It was an event of the Setouchi Triennale 2016 summer session.

What type of challenge?

A fight, of course!

OK, not an actual one.

How can musicians fight a gardener, in the first place? With drumsticks against pruning shears? Well, now that you mention it…

No! It was a quite unique artistic performance, and the only actual “fight” was against the heat as it was about 37 degrees in the shade. Under the sun, the temperature was somewhere between “too hot” and “scorching”. Should I mention that they were doing in the sun?

But enough chatter, let me show you what this was all about instead: 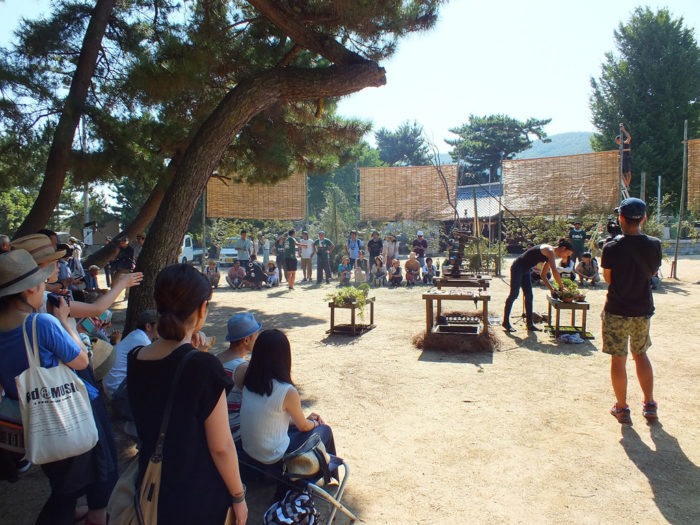 Masashi Hirao is almost done setting up the “stage”… 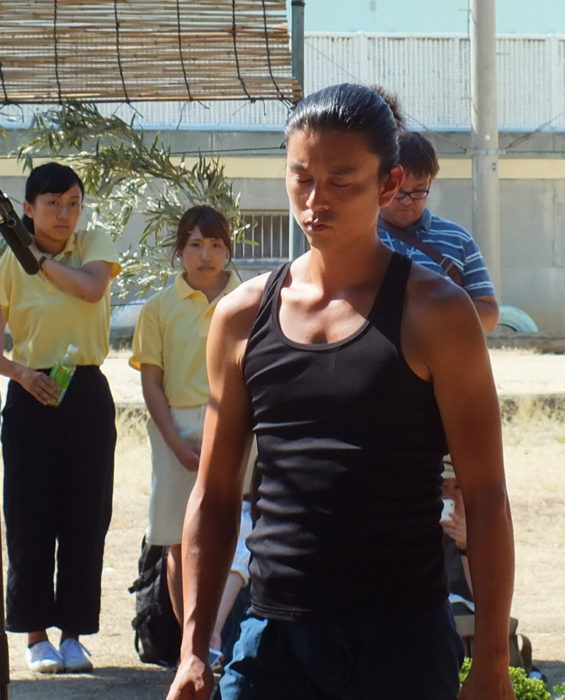 … and prepares himself mentally for the Seppuku Pistols‘ arrival. 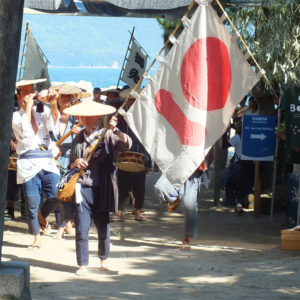 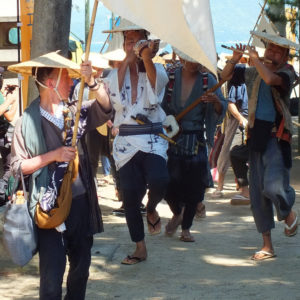 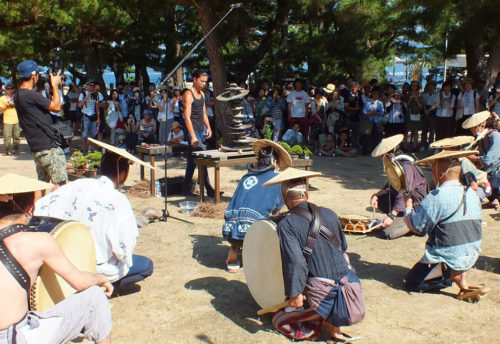 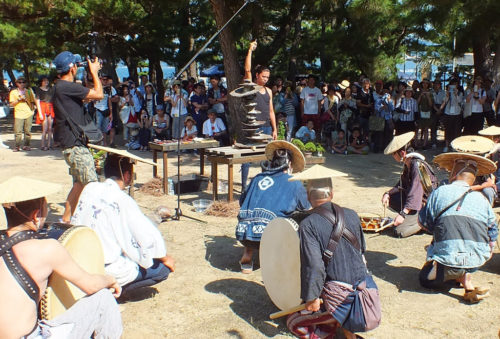 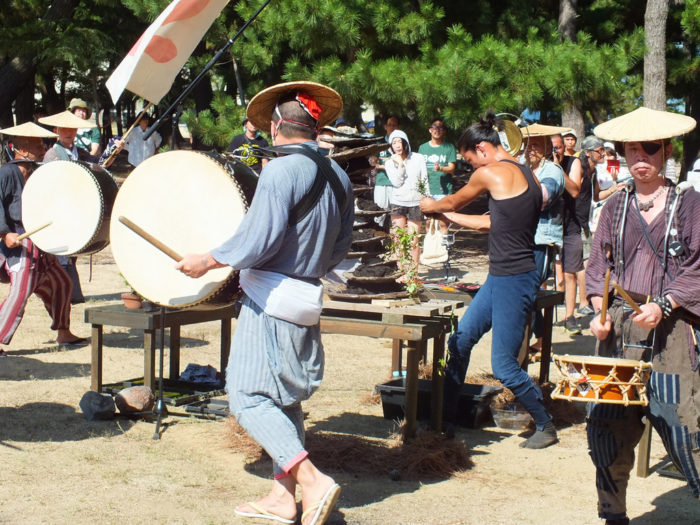 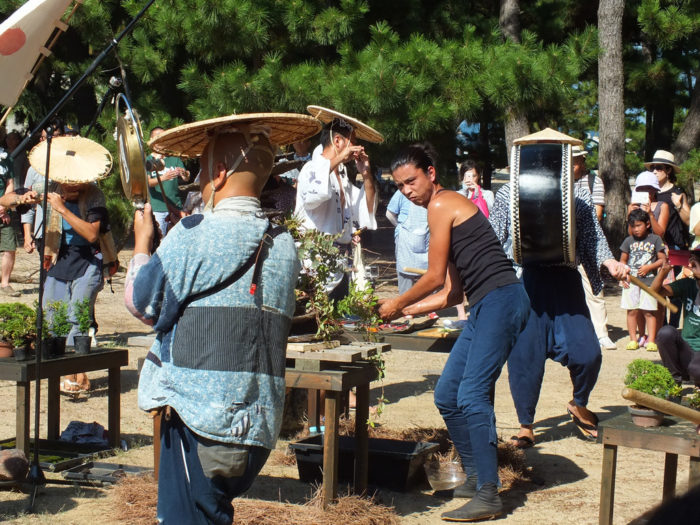 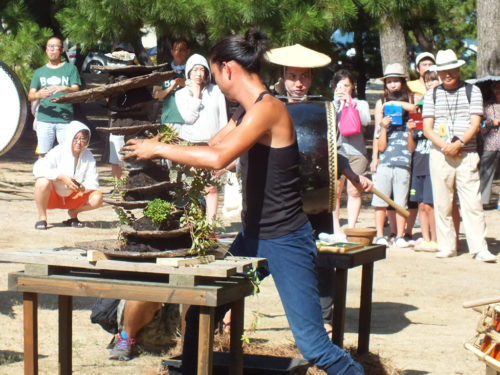 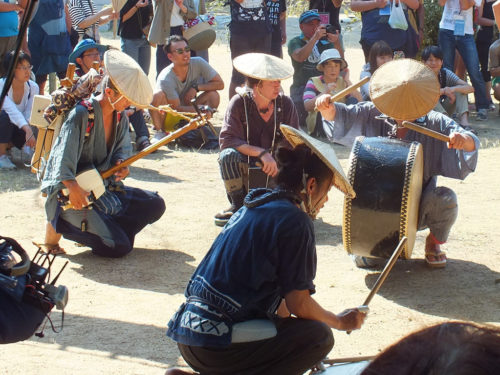 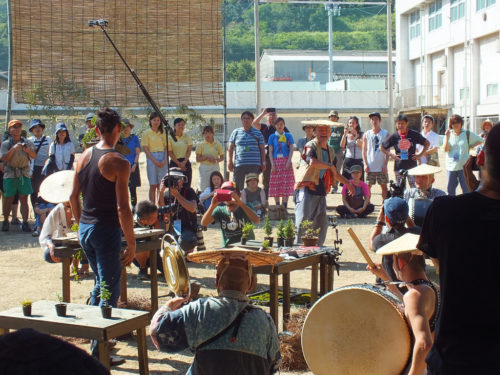 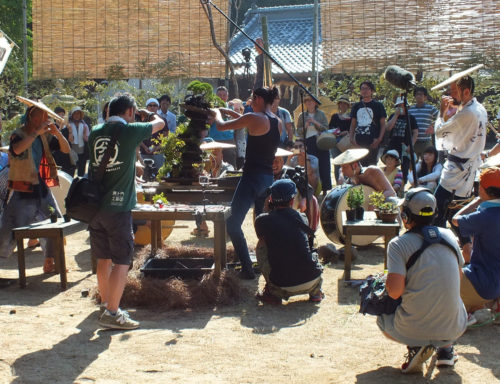 (a bit of trivia: in the upper left picture, the man in the audience wearing a white hat and white pants is no other than Fram Kitagawa, the Setouchi Triennale’s General Director. He privately attends most of the events of the Triennale, trying to be as discreet at possible. However, running into him over and over again, I think he’s starting to recognize… well, earlier this month, I almost physically bumped into him, that must be why) 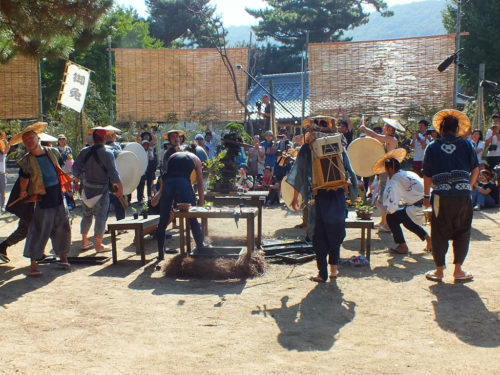 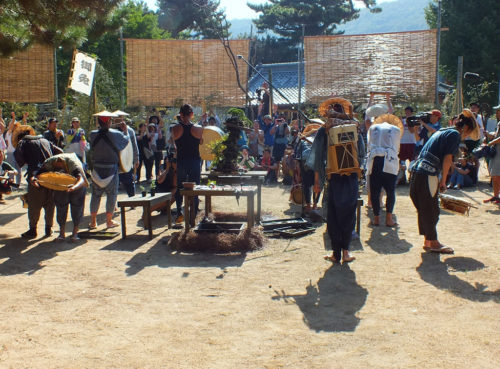 40 minutes later, it was all over. Everybody survived, I’m not too sure how, but good for them, obviously. The show was intense. And I’m really looking forward to crossing the Seppuku Pistols’ path again. They’ll be around this coming week-end for the last days of the summer session (I heard that they’ll be on Shodoshima on Saturday and Uno Port on Sunday, but don’t mark my words). I’m also pretty sure they’ll be back during the Fall session (most likely in the Western islands of Kagawa, although, I’m assuming). 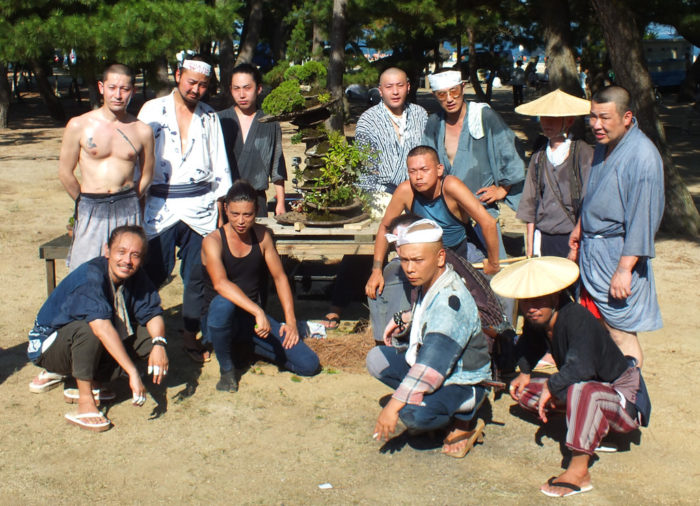 And as I find all the group pictures funny for one reason or the other, I’m posting them all: 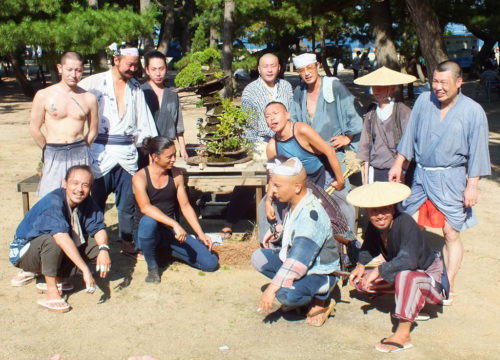 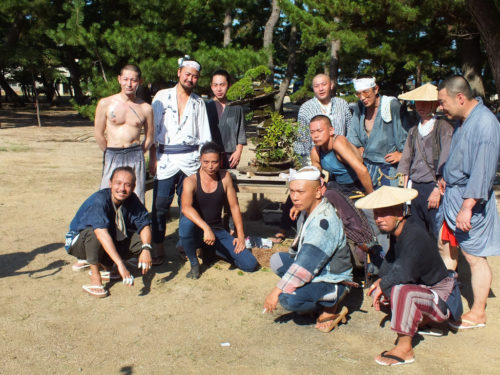 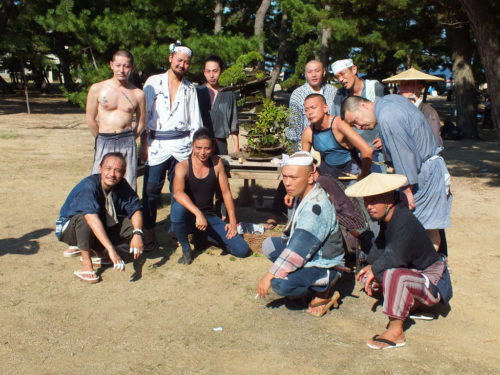 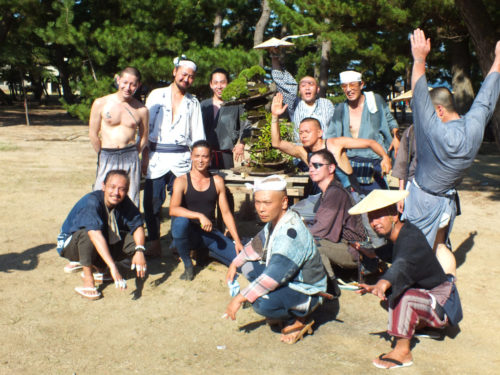 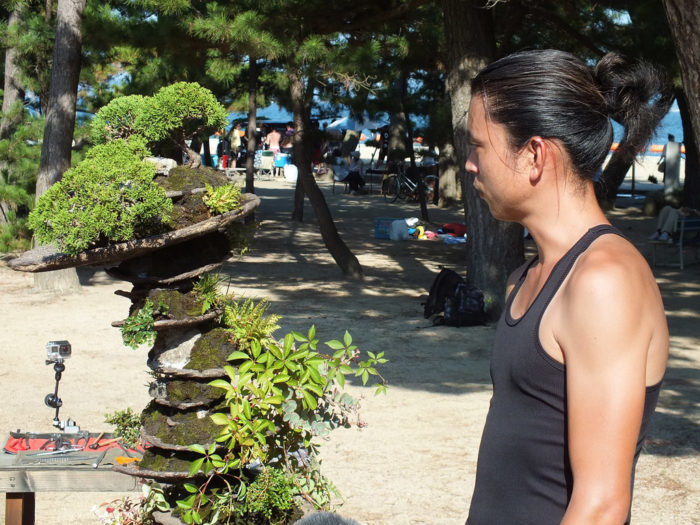 The master and his creation. 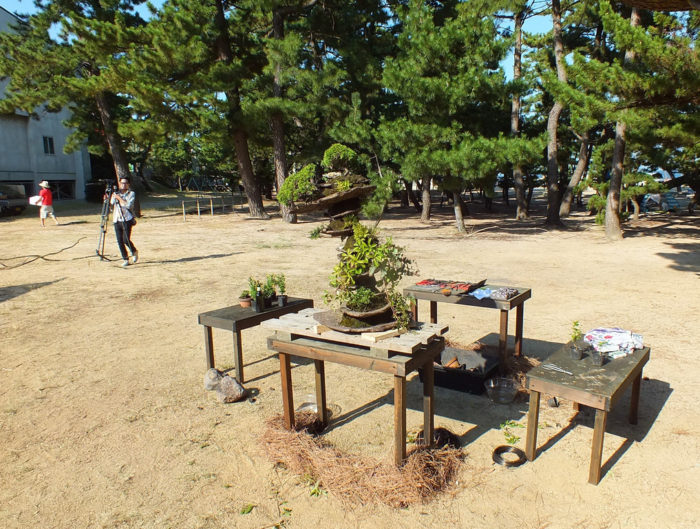 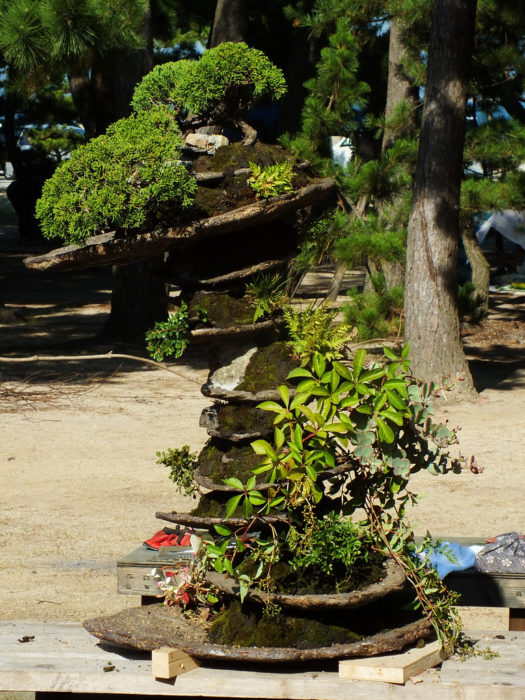