Last February I went to Ogijima twice, two weekends in a row. I think it’s the first time I did that outside of the Setouchi Triennale.

Here are just a few pictures from these two weekends: 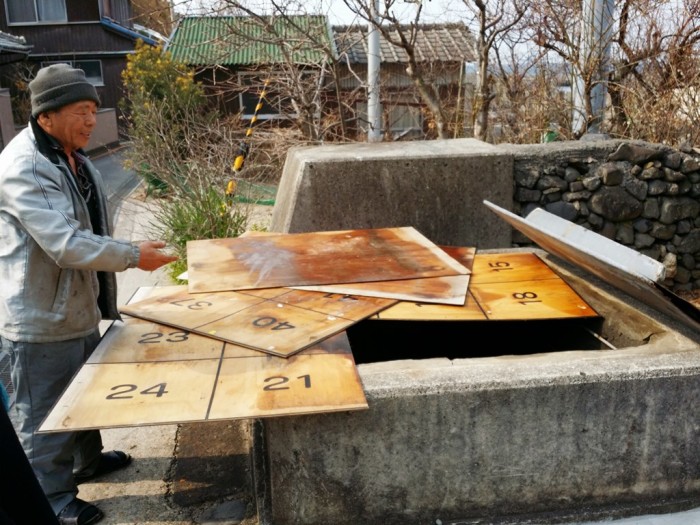 Kiba-san showing us the main well of Ogicho, that had been abandoned for years and that is in the process of being renovated (it may look very different the next time you’ll see it). 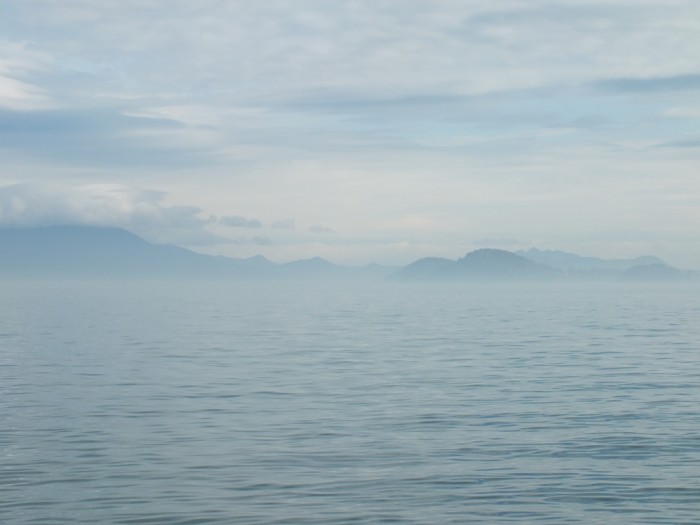 The Seto Inland sea was quite misty that day
(with Shodoshima barely distinguishable in the distance). 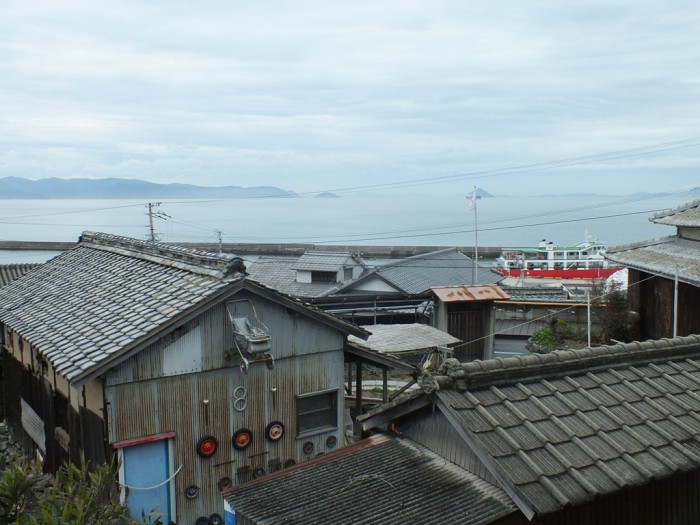 Wouldn’t you like to have this view from your living room? I know I do. 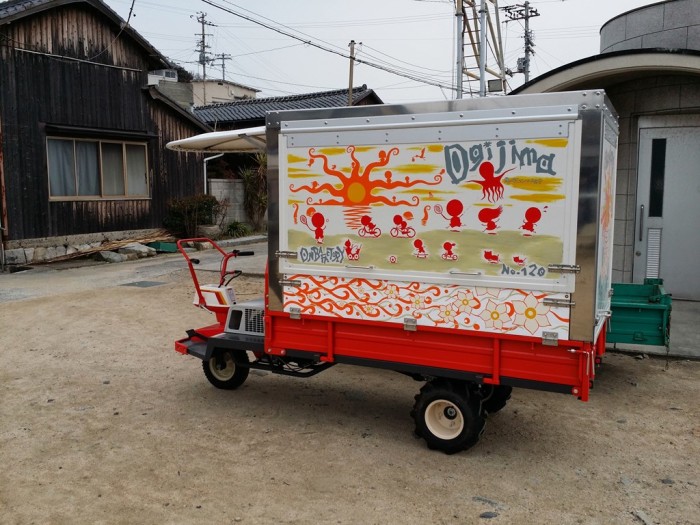 One of the newest Onba made. Note the number: 120! Actually, the current number is 121, with a new Works Onba that will make its debut this coming week-end with the reopening of Onba Factory after the winter break (of course, I saw it, but decided against taking a picture – no spoilers!). Back to this 120th Onba. I think it holds the record for being the largest Onba, as well as the only one that is motorized. 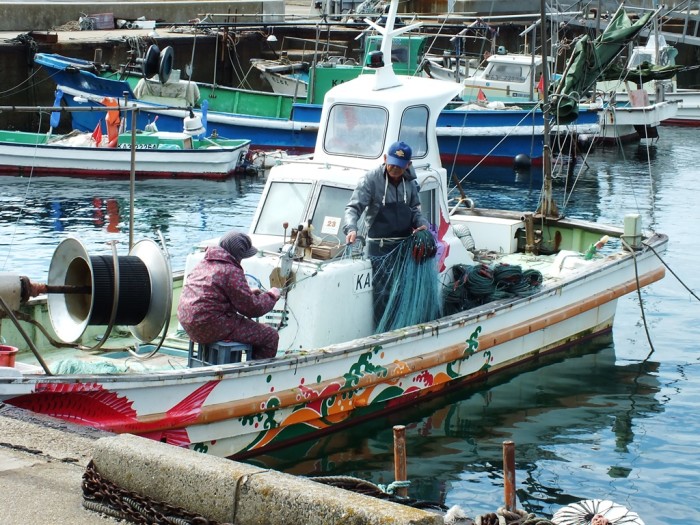 A fisherman and his wife fixing their fishing nets on one of the OGI Project boats
(that is the boats that were painted by Team OGI in 2013). 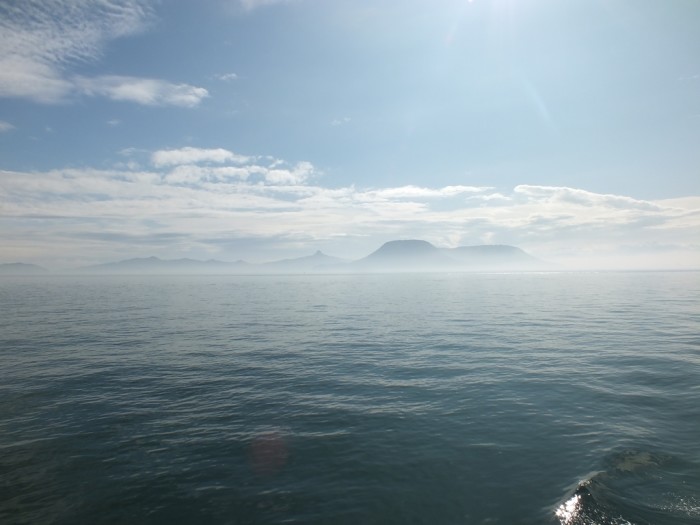 Yashima in the mist.

That’s all for today. Next trip to Ogijima is planned on this coming weekend (for Art Setouchi Spring 2015 opening), next topic on the blog will be very soon, not sure when.