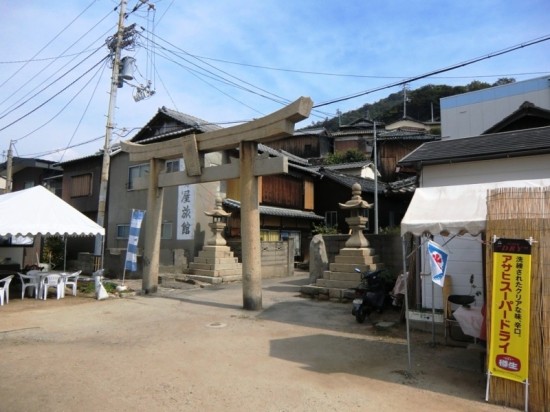 Well, Ogijima doesn’t actually have an “entrance” and if it did, it really would be Ogijima’s Soul; but I really like how this Torii really looks like a gate. Well, a Torii is a gate, but usually it’s a gate to the sacred space that contains a shrine, some other times – like here – it’s a gate announcing the beginning of the path to that space. However, this Torii really feels like a gate to Ogijima. I’m not implying that Ogijima is a sacred space… or am I?

On a side note, I have finally launched my two latest projects/sites/blogs. You may already know David + World (that is still looking for its “tone” if you want to give some input, feel free, there’s a post for that over there) and now I can also introduce you to David in France, which is a blog with roughly the same format as Ogijima.com except that it deals with France and not Japan. What it means for this blog is that now, I will be back at writing longer more fleshed out posts like I’ve used you to. 🙂