Yesterday, the weather was wonderful. My friend M had to go to Shodoshima for various matters and she invited our common friend W and me to go with her on the island for a fun day.

We hadn’t planned anything, and just winged it for the whole day.

This is what the day looked like. (still learning to use that new camera, some pictures could be better – apparently, I need to be careful with overexposure – also being with friends, I didn’t spend much time with the settings).

First stop was at M’s parents’ house on top of a hill in Mito Peninsula. This is the view from the front of the house: 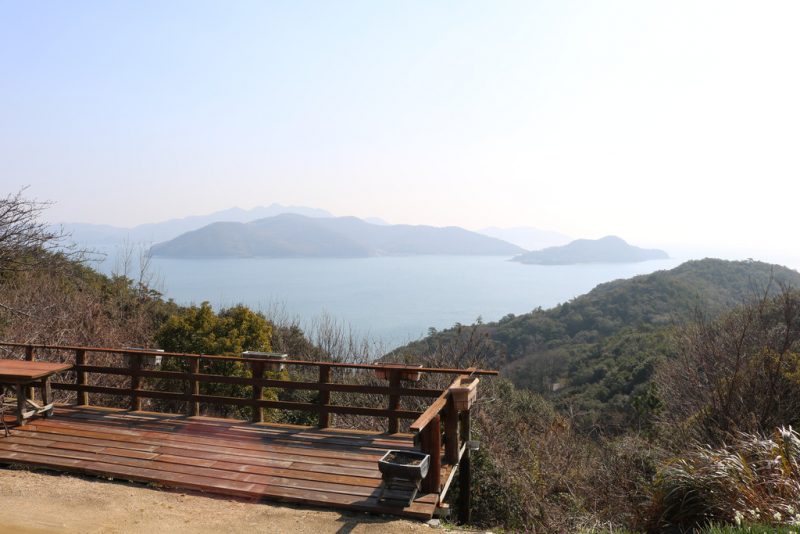 Then we wandered a little bit in the forest nearby where there is a shishigaki, a traditional wall-fence that used to be all over the island in order to protect fields from wild boars (and delimitate properties between neighbors too at times). Some still can be seen here and there on the island. One has even become a work of art in Hitoyama.

Further down Mito, we drove by Garden of the Border where we spotted the artist, Mitsuharu Doi, making changes to the artworks onboard an excavator (at least, I think that was him, unfortunately, we didn’t stop) in preparation of the Setouchi Triennale 2019: 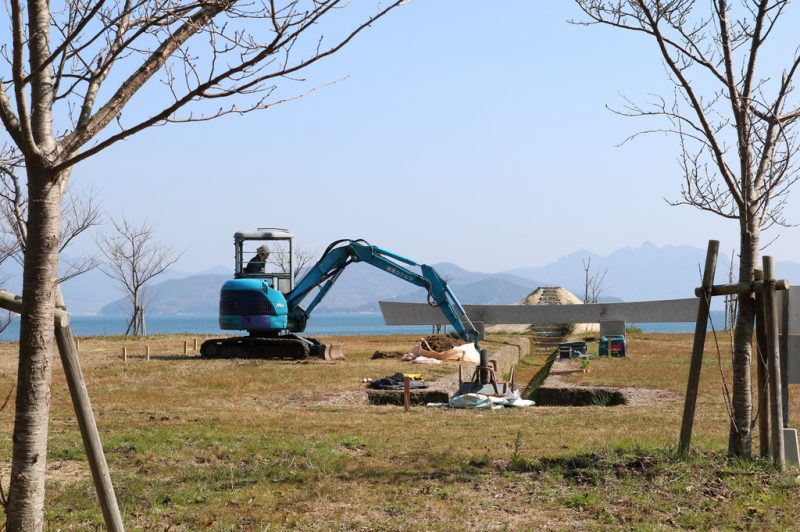 Then we arrived at the southern tip of Shodoshima, a wonderful place where I advise you to go during your visit to the island. 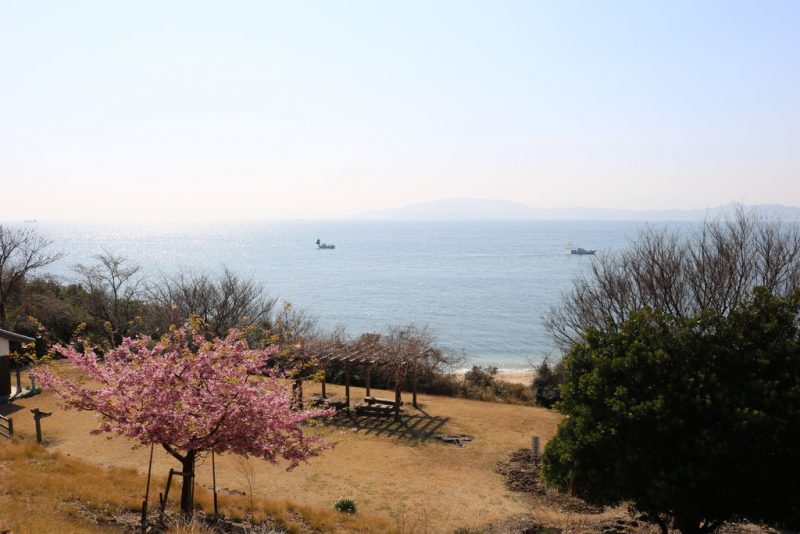 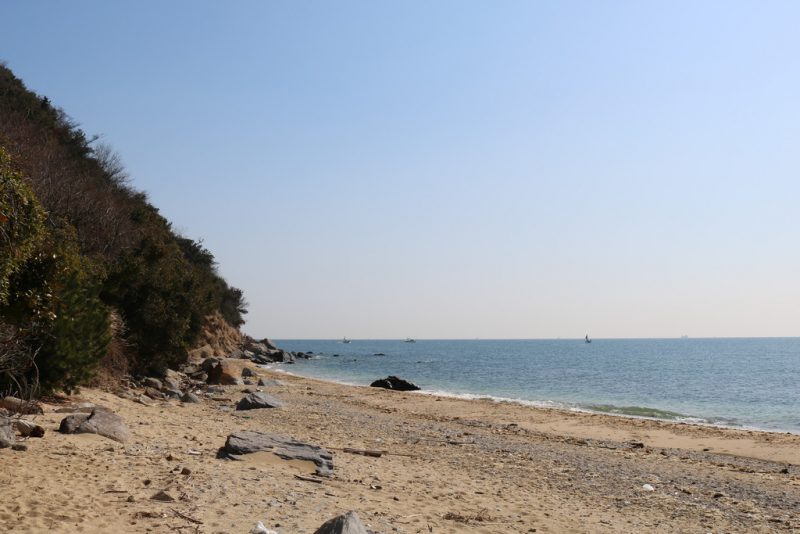 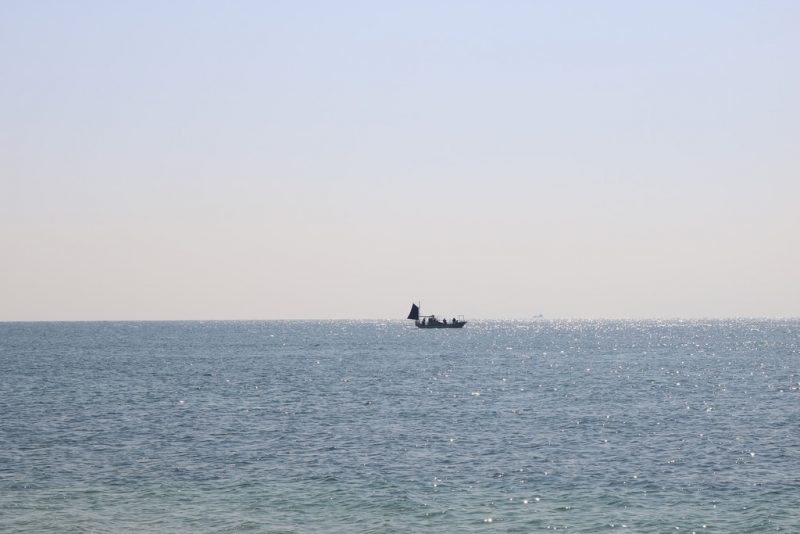 On the way back to Ikeda where we had lunch (we had Somen, of course), we stopped at Konoura to visit one artwork I don’t know too well but really like, Shiomimi-so by Kana Koh, Toshimitsu Ito and Hiroshima City University Faculty of Arts students.

Nearby, those impressive stairs lead to a tiny shrine: 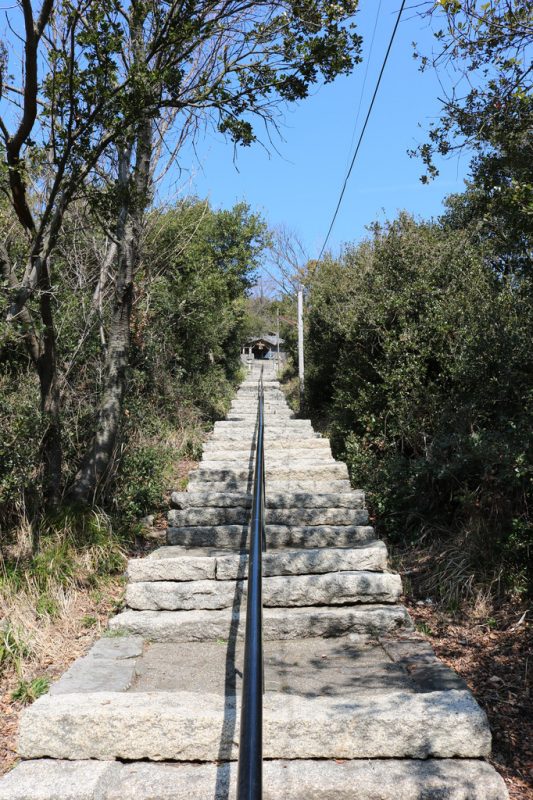 After lunch, we went to a soy sauce brewery (there are many on Shodoshima, soy sauce is the real specialty of Shodoshima despite the insistence of the office of tourism to focus on olives), and not just any soy sauce brewery, but Yamaroku Shoyu. It makes one of the best soy sauce I have ever tried, possibly one of the best in the country (it is the provider of some three-star restaurants in Tokyo for example), and apparently, it’s starting to get worldwide recognition. While it’s been featured on Japanese media many times, international media are starting to pay attention too. Its owner, Mr. Yamamoto, told us that he got a visit from the BBC last month, the French newspaper Le Monde will come next week as well as the Guardian later this month. He even joked that he doesn’t have time for making soy sauce anymore (actually winter is the time when the brewing process is slowed down, so he still has some time). It even was featured on this very blog a couple of years ago. 😉 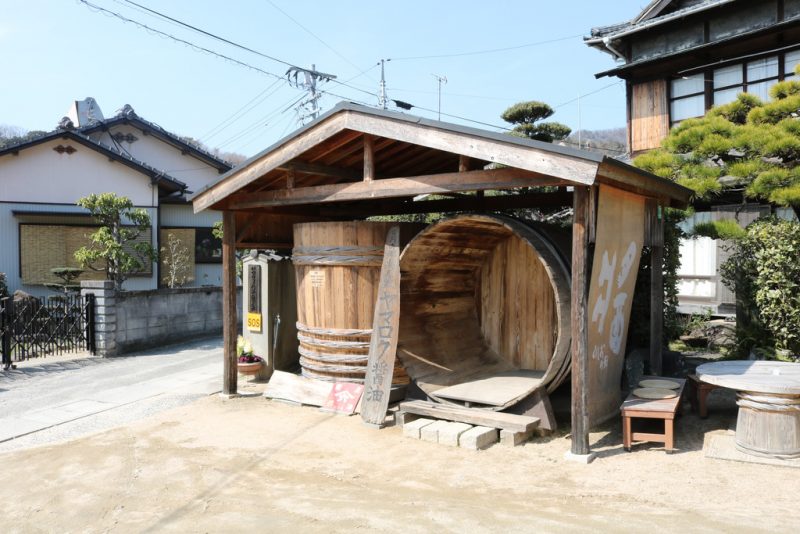 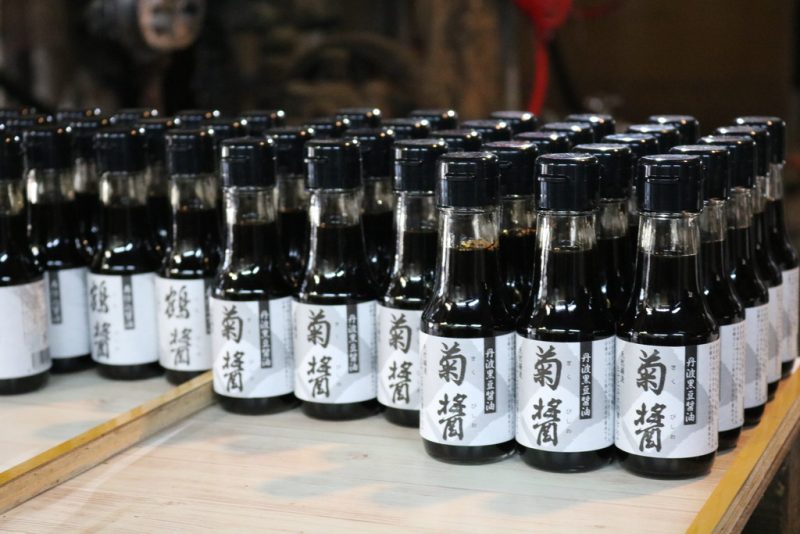 A glimpse of the kioke (wooden barrel) that were made this winter (see the link to the post above). 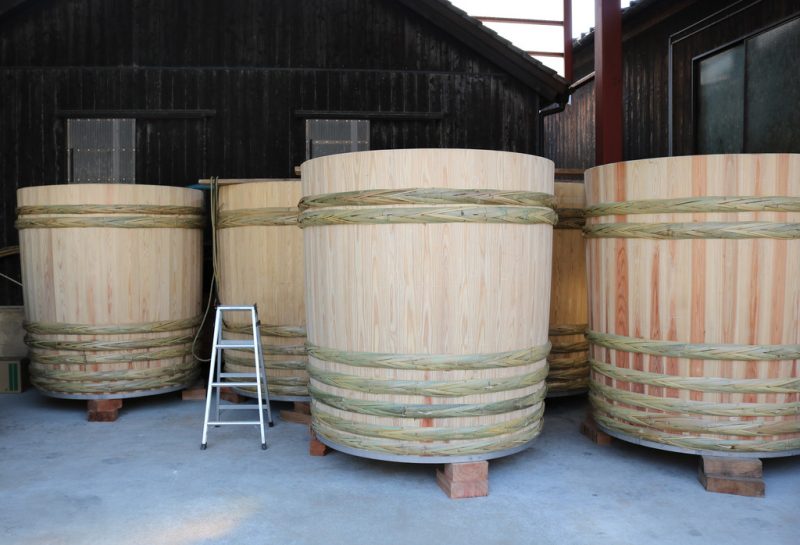 One of them is going to Italy, the other one to Canada. It’s heartwarming to see that they started those kioke “workshops” so that the knowledge for making them doesn’t disappear, and not only it’s not disappearing, but it’s spreading all over the world.

Right after, we went a few hundred meters inland (still in Yasuda) to rest a little bit in a very cute little park where a surprised awaited us: the very first cherry blossoms of the year!

The reason they’re in bloom one month before the rest is not because of Shodoshima micro-climate or something similar. It’s just a different species of cherry tree, not your regular Prunus serrulata (if I’m correct, my Latin is quite rusted).

One of our last stops of the day was one neighborhood of this part of Shodoshima that I warmly advise you to visit, Umaki. A lot of other soy sauce breweries are located there, as well as one of the funniest artworks from the Setouchi Triennale, Regent in Olives by Hisakazu Shimizu. 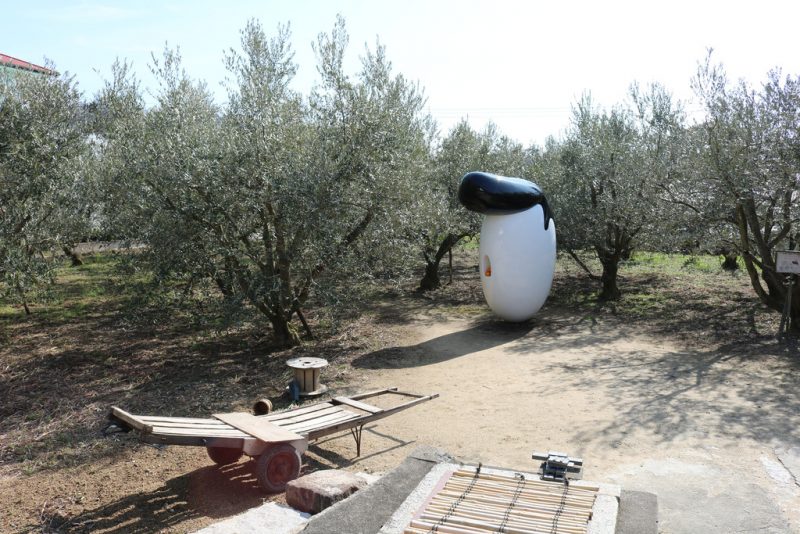 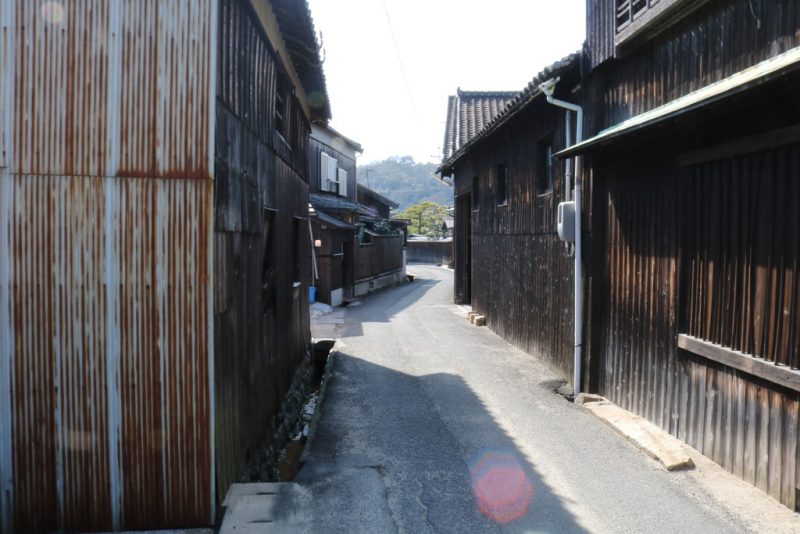 I hope this post made you want to visit Shodoshima, one of the islands of Setouchi that has the most to offer (if you’re not familiar with it, this is just a very tiny part of what there is to see and do there).

I’ll be back on the island in three weeks, but I’m not sure if I’ll be able to take many pictures, as I’ll be “working”. I’m not sure if I can tell you everything yet (I guess it’s almost official, but not completely yet), let’s say that it has to do with that trip last November, as well as the official guided tours that the Triennale offers this year. (I’m just being mysterious for fun, to make sure you come back 😉 )

Oh, and by the way, the 2019 version of the official site is online!