You may already know that Megijima is far from being my favorite island of the area, but that’s not a reason to completely snub it on this blog (although the fact I rarely visit it has for consequence that I don’t have much to share about it).

However, here are a few photos and random trivia about Megijima.

First, may I remind you that many consider Megijima to be Onigashima, the mythical island of Momotarō‘s story. I have already told you about the Oni Cave, but this is not the only place where you’ll see Oni on Megijima as you’ll see them even before landing on the island: 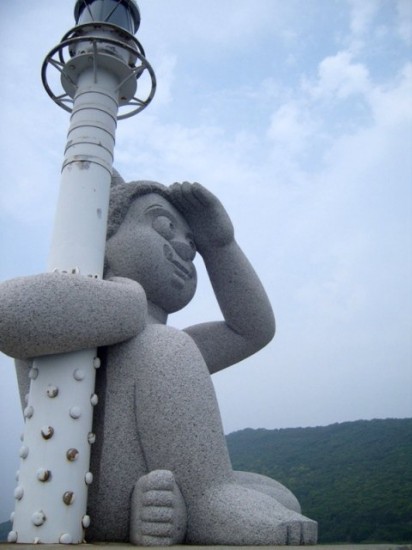 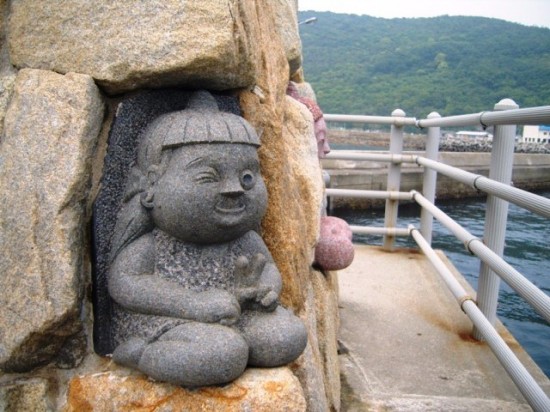 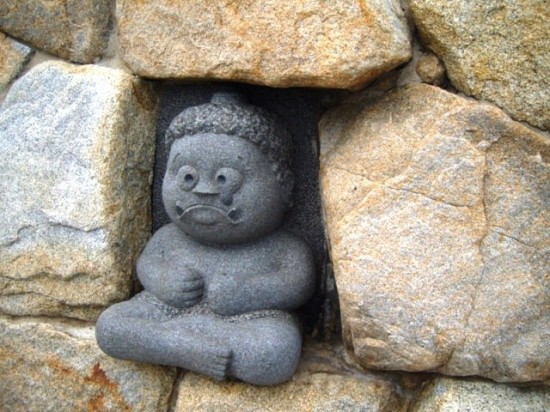 However, I think that the most interesting statue on Megijima is none of the Oni, but this one: 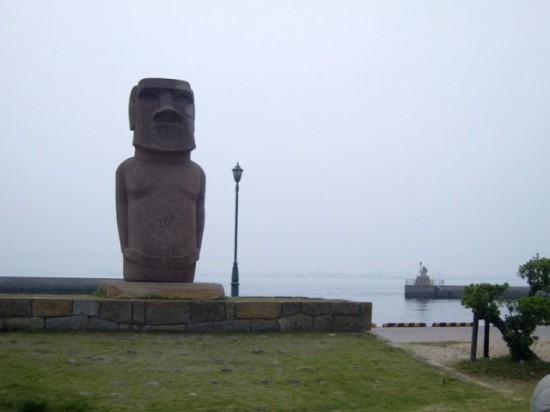 Yes, there is a Moai, an Easter Island statue, on Megijima!

It has been there since 1996 and of course, it doesn’t come from Easter Island. It has been built Kazuhiro Yamada, a sculptor coming from Kagawa. It was an order for a company called Tadano that builds cranes, which at the time was taking part in a Moai restoration project on Easter Island. It ordered the Moai in order to perform various tests on the cranes with it. Once they were ready and sent to Easter Island, the statue was given to Takamatsu and the municipality decided to place it permanently on Megijima (as the island is part of Takamatsu from an administrative point of view). 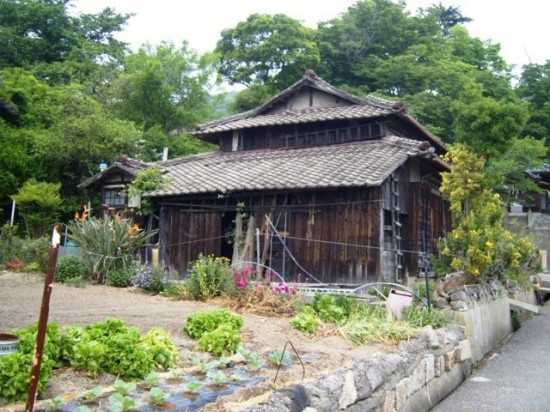 Like all of the other islands, Megijima suffers from depopulation, and when you’re there (except in the summer) the island really feels dead most of the time (one of the reasons I’m not such a big fan as opposed to its neighbors). 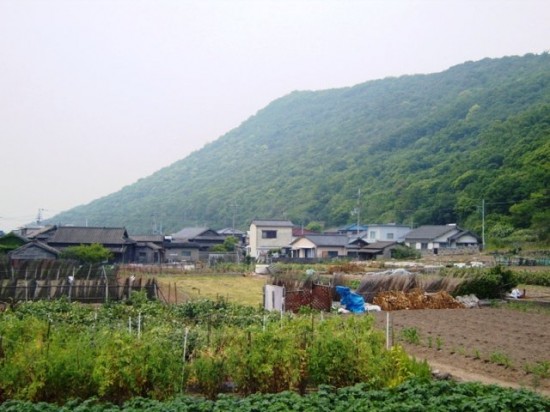 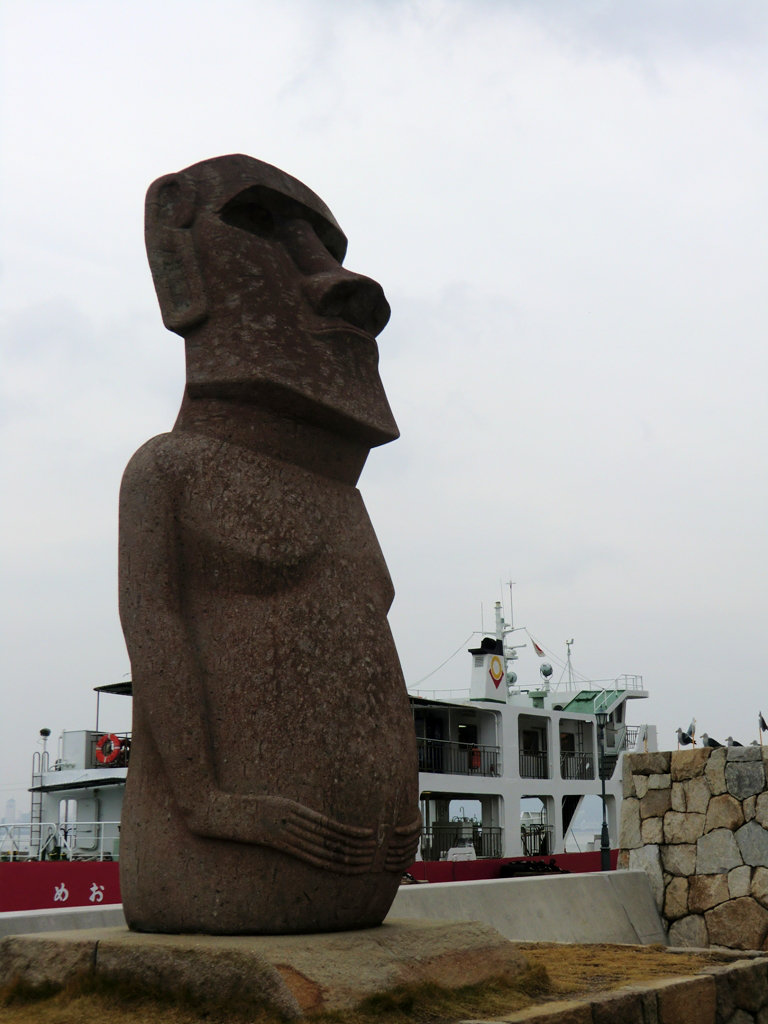 You may be surprised to learn that there is a Moai (that’s an Easter Island Statue) on Megijima. I know […] 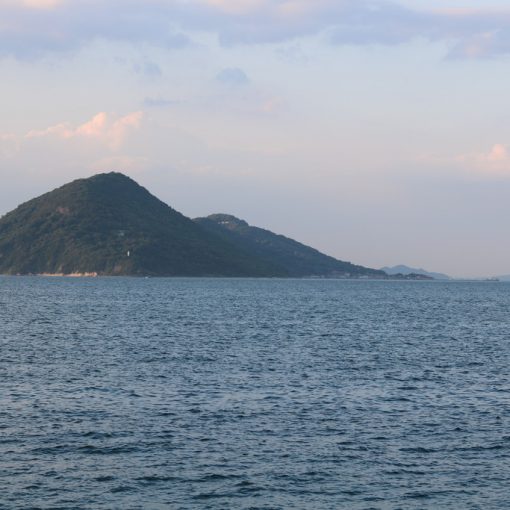 I don’t know if many foreign residents of Japan read my blog, but this post is mostly for you. And I wrote […] 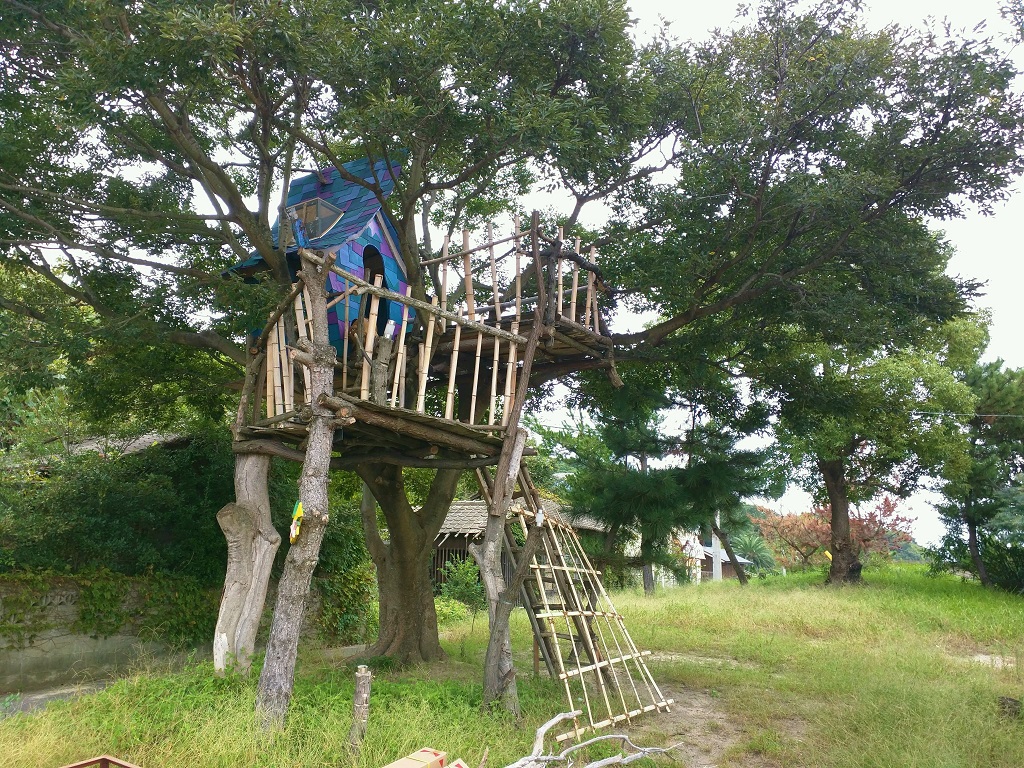 Fun fact: did you know that there is a tree-house on Megijima? And a rather nice looking one. I don’t […] 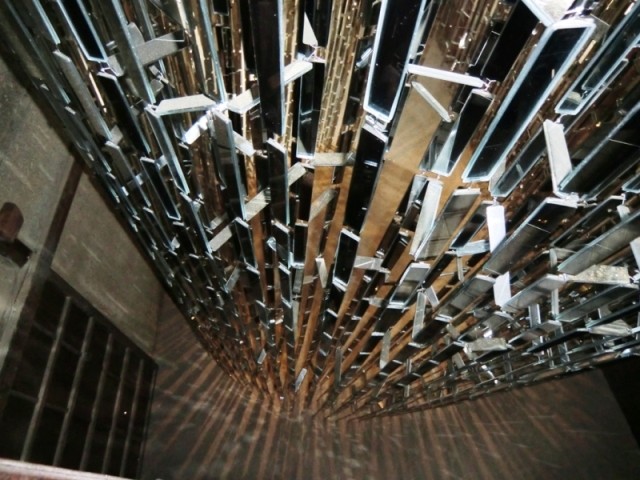 When covering and talking about the Setouchi International Festival 2010, I haven’t always been very kind with Megijima. As I explained […]