As previously mentioned, I’m not too crazy about Ogijima‘s sister island, although to its defense I’ve never been during summer time where it is said to be more lively.

But the fact that it is my least favorite island of the area is no reason to shun it. After all, my taste is not your taste and who knows, maybe you’ll like it. 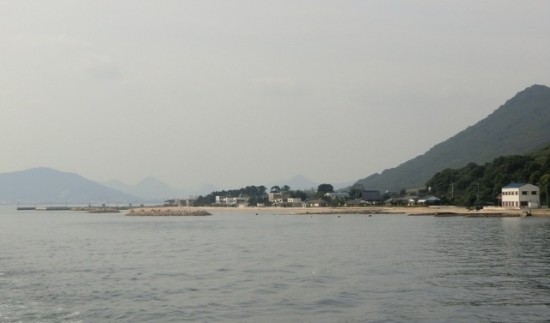 So, today, I will tell you about what was Megijima‘s main attraction before Art Setouchi came to be, and it is the Oni Cave!

This cave is located right under the top of Megijima‘s northern hill and it is articifial. It is said to have been dug by miners several hundred years ago. It was also used as a pirate lair back when the Seto Inland Sea was full of them.

A few years ago (10 years ago? 50 years? 100 years? More? I have no clue) the people of Megijima decided to develop tourism on their island and as to do so they needed to have tourist attractions, they decided to take their cue from the fact that Megijima is most likely  Onigashima, the island from the legend of Momotarō.

The very short version of the story is this one. Momotarō is a boy who was born from inside a peach and who had a dog, a monkey and a pheasant as friends. One day, for reasons I have forgotten (hey, this is the short version, I’m allowed to forget and skip parts) they had to go to an island named Onigashima in order to fight with a group of Oni that lived there and terrorized the area.

He went there, entered the cave where they lived, fought them, killed them, and brought their treasure back to the local Daimyō.

So I guess you know where I’m going with this, Megijima‘s cave became at some point in time the Oni cave and those became the island’s official mascots.

But you know them Japanese people, they can’t have a horrible, blood-thirsty creature as a mascot, so Megijima‘s Oni have somewhat been transformed into cute little things, because this is one of Japan’s special powers; the ability to turn anything into a cute little thing, even a man-eating monster.

Although, to be honest, the Oni in the cave are not that cute, they kinda sorta look threatening, well at least to little kids. The other Oni on the island? Cute things. Definitely. I’ll show you another day.

Ok, enough soliloquying, time to make room for what you’ve been expecting since your started reading this post: 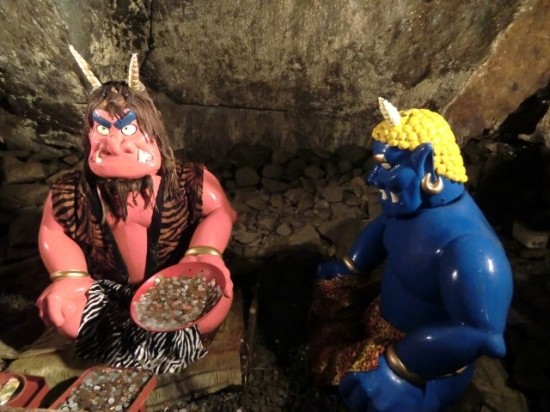 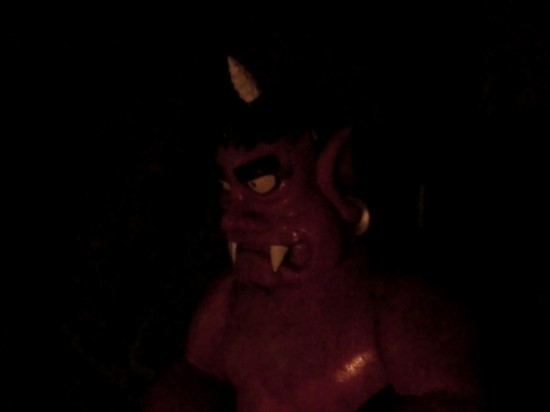 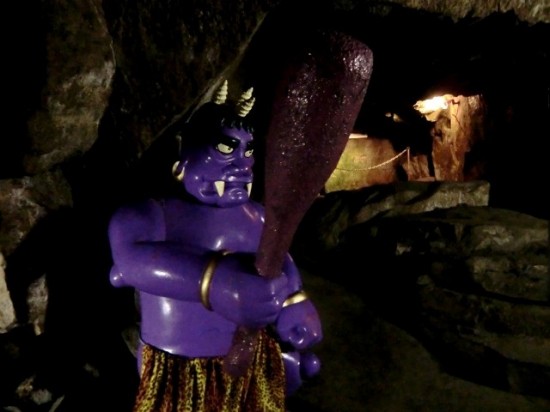 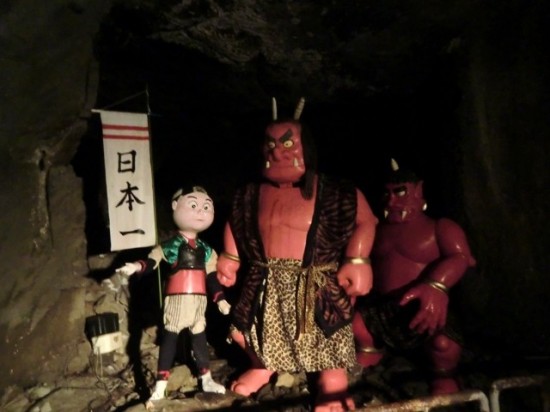 And just like in the Western world with stories like the Little Red Riding Hood, the contemporary version of the story has been seriously watered down. Momotaro doesn't kill the Oni anymore, he befriends and tames them. 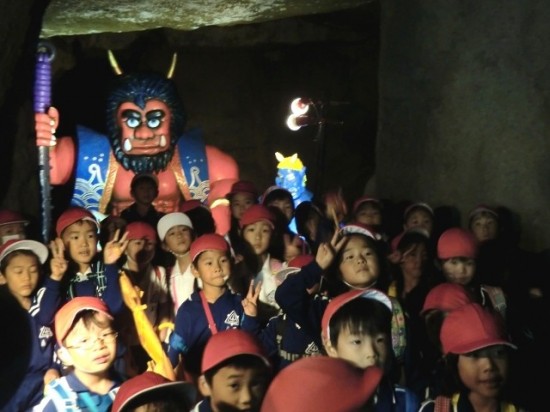 Ura, the Oni king and his hundreds of little spawns ready to cause mischief! 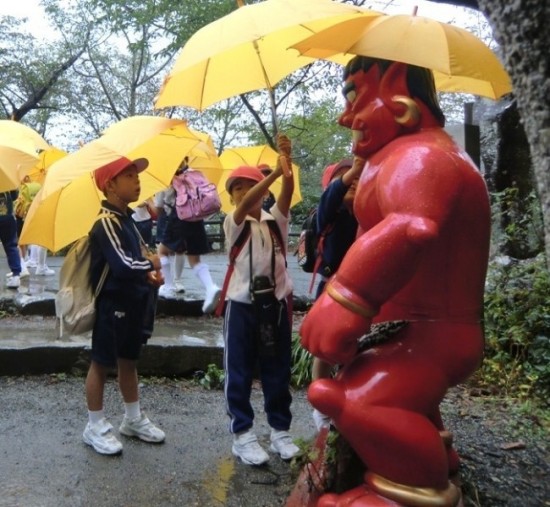 The Oni guarding the exit of the cave was seriously getting wet. Luckily for him, the kids were nice.

That’s all for today. More about the cave very soon…

8 thoughts on “The Oni Cave”