While I mention Kōbō-Daishi quite often, I never talked in detail about him. And as this post will mostly be about the ceremony I attended last June in Zentsu-ji for his birthday, maybe now is a good time to tell you a little bit about his life.

I obviously won’t write a full biography, there are a few very good ones on the internet, like this one for example, but that won’t prevent me to write my own very short one (which may or may not be completely accurate).

Known as Kūkai when he was alive, Kōbō-Daishi was born on the 15h day of the 6th month of the year 774 in the town known today as Zentsu-ji, in the Sanuki province. He was from a rich and important family in Sanuki and he left to Nara (Japan’s capital at the time) as a young adult to become a student. This is in Nara that he became passionate about Buddhism – recently imported from China – to the point of becoming a monk and later travel to China with the diplomatic mission of 804.

The China we’re talking about here is the Tang Dynasty‘s China, in other terms, the richest, most influential and most advanced country in the world at the time. During this period, Japan sent several diplomatic missions to China. Missions that would last several decades and whose goals were -on top of establishing diplomatic relations- to learn as many things as possible from the country, its cultural importance having no equal.

Kūkai only stayed two years in China (instead of the planned 20) during which he became known by many important people, including several esoteric Buddhism masters from whom he learned a lot.

Back in Japan, he had to stay in Kyūshū for a couple of years for many reasons (the main one being that he broke his promise to stay 20 years in China). During those years, he perfected what he learned in China and founded Shingon Buddhism with the Emperor’s agreement. Later he also created Kōyasan sanctuary and was given Tōji by the Emperor.

On top of his religious activities, Kūkai had a great influence on the social level (helping the poor, building schools) as well as the cultural one. One can go as far as saying that it is thanks to Kūkai‘s influence and teaching that Japan started to consider its own culture as worthy and to not constantly look up to China.

It is also said that he invented Kana, which is more than probable as he first became noticed, both in Japan and China, as an exceptional calligrapher. Many miracles all over Japan are also attributed to him. For that matter, I’ll let you decide by yourself whether those are factual or not.

He dies at Kōyasan in 835 at the age of 62, or according to the legend, he’s not dead, he just entered eternal meditation.

He was posthumously named Kōbō-Daishi (弘法大師 Great teacher of Buddhism) 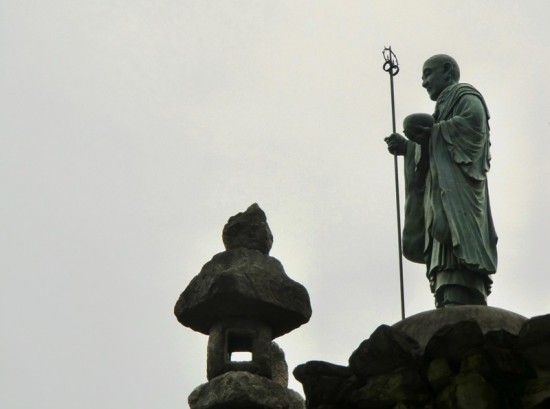 And what about Shikoku Pilgrimage, you’re asking?

The legend says that the Pilgrimage follows the road that Kūkai took on Shikoku to found the 88 Temples. It may just be a legend though.

I’ll tell you about the details of its history another day, but know that this pilgrimage greatly evolved along the years (how could it not?)

After this mini-biography, it is time to tell you what happened in Zentsu-ji‘s Mieidō this past June 14th, 2011. That day (and the following one), Kōbō-Daishi‘s 1237th birthday was celebrated (note that while the “15th day of the 6th month of the year 774” may not actually be June 15th, this is on June 15th that the birthday is celebrated all over Shingon temples).

First of all, I must say that I was surprised by the small attendance that was present that day. I expected a big crowd of some sort, there were only about 30 people. Probably more people came the following day, on the actual birthday.

Shortly before the start of the ceremony, all the people in the Mieidō at that moment were invited to enter the inner space and to sit in front of the central space where the monks soon arrived and settled.

It would be pointless to try describing the ceremony in details, my knowledge of Buddhist things is too small to be able to do properly do that.

Just know that the ceremony lasted a bit longer than 90 minutes during which the monks sang a lot of Sūtra and other chants, standing up and sitting down several times, ringing bells and other instruments at times and throwing blessed paper lotus petals in the air. Around them, young monks served as their assistants, giving and collecting the various tools and elements needed for the ceremony. In the very center, one monk (the head-monk?) stayed motionless during the whole ceremony. How could he feel his legs, stand up and walk at the end, I do not know.

Unfortunately it was forbidden to take pictures. Only one of the young monks was allowed to do it, and I doubt that he has a blog. I was hoping to find some of them on the temple’s official site, but no such luck. Another man took pictures. He was sitting near me. He seemed to be the only serious Buddhist in the audience, praying and chanting all along the ceremony, but also discreetly taking a few pictures.

I’m quite jealous of him (yes, jealous), not only because pictures of the ceremony would have had incredible informative value, but also because some monks, I’m thinking of two in particular, had incredible faces, almost as great as the statues I showed you in my last post about Zentsu-ji (and if there were any doubts, now we know where the inspiration for those statues come from).

Even if I don’t have any picture of the ceremony, I won’t leave you with nothing, worry not.

Let’s start with a picture of the Mieidō coming from the temple’s flyer.

You can see the small stools where the monks sat and the central spot (with the red cushion) where the “head-monk” was.

I also found a few pictures from a similar ceremony (although not as sumptuous) which took place on the following day in Manpukuji in the Tokushima Prefecture (if I’m not wrong, it’s a tiny Shingon temple, not really famous or anything, not even one of the 88). Those may help you get an idea of what I witnessed.

Towards the end of the ceremony, we were invited to go, in pairs, to the backroom of the Mieidō (you can see a glimpse of it in the picture above). It is open to the public only twice a year if I understood correctly.

At that point, all the monks stood up and sang the Heart Sūtra (Hannya Shingyo) while walking around the central space, and that, until each member of the audience could walk to the backroom, kneel there, take some ashes (and some sort of unburnt incense powder) and bring them to their forehead, and then walk back to their spot after having received some of the blessed paper lotus petals as a gift.

Did I understand what was going on? Of course not. But it didn’t matter, I was there, kneeling in one of the most sacred spaces of Shingon Buddhism, and even though the religious importance of the thing was lost to me, the human and cultural ones were not. Hard to explain what I felt at that moment, taking part in this ceremony, surrounded by all of these incredible objects and those chants.

Here are the lotus petals that were given to us: 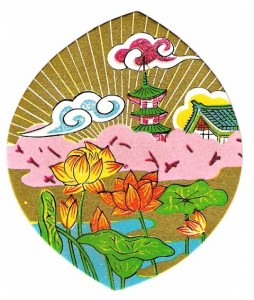 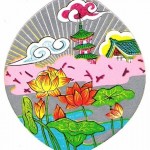 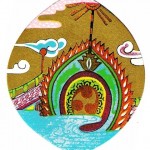 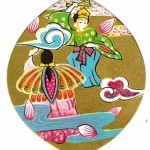 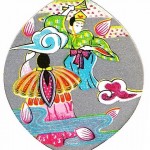 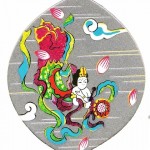 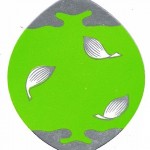 Soon after that the ceremony ended, the monks left as they arrived (that is following each other, towards the Mieidō‘s entrance and then an unknown destination, most likely their quarters).

And as we were about to leave the room we were informed that in order to thank us for taking part in the event, a few presents were going to be given to us.

I couldn’t believe it. I should be giving them a present for allowing me to witness and take part in this ceremony, not the other way around.

What were those presents exactly?

Well, let’s not forget that we were in Japan, so they obviously were food. But not just a cookie or something along those lines. 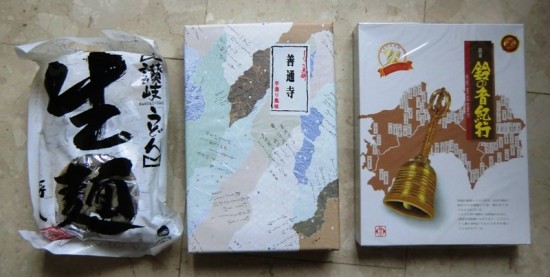 from left to right: 2 pounds of Udon, a box of Senbei and a box of chocolate & cereal bars. 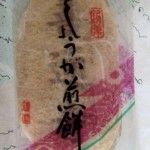 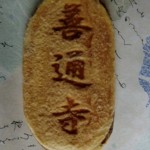 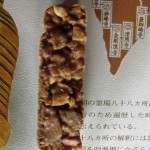 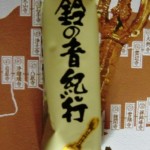 I now have visited Zentsu-ji twice and twice I lived a unique and unforgettable experience.
I hope that you too will get to live such things when you go there.