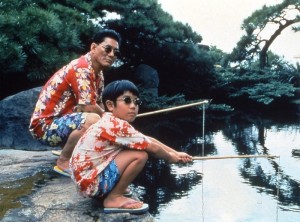 It was actually my second time watching it. The first time was almost four years ago, when I was just starting getting interested in Japan. From Kitano, then, I only knew Sonatine (possibly the first Japanese film I have ever seen, about 15 years ago) and Dolls (of which I’m a huge fan even though, I sometimes wonder if I’m not the only one as this film is almost never mentioned when one talks about Takeshi Kitano).

I was curious to see what a comedy made by him could be like, as in France he’s mostly famous for his gangster movies, and I had heard that in Japan he was mostly famous as a comedian.

Today, emotion was still there. I loved the film as much as the first time, maybe even a little more, being nowadays used to Kitano‘s storytelling style.

It’s quite hard to tell you more about the film without uncovering key elements, not that the story is full of suspense or anything, but the viewer’s feelings as he or she watches those elements unfold is a very important part of the viewing experience in my opinion. 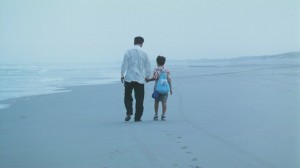 So, trying to not spoil anything, I can tell you that the film opens on the beginning of summer vacations and on this young boy, Masao, who is being raised by his grandmother and who suddenly finds himself alone in Tokyo as all of his friends have left with their family for the summer. Bored to death, and wanting to see his mother again (she left several years ago to work in a town in Aichi Prefecture), he decides to go seek her out. He ends up being accompanied by the rude, unfriendly and coarse friend of one of his grandma’s friends. The middle-aged man, obviously an ex-Yakuza, and the boy then form this strange duo who’s going to cross the western part of Kantō in a unusual road  movie in the Japanese countryside (that I discovered for the first time in this movie by the way).

I especially like the second part of the film, and the evolution of the characters, or should I say the evolution of Kitano‘s character, as contrarily to one would expect in such a movie (coming of age of the boy), he is the one who really changes and evolves, Masao more or less staying the same innocent little boy until the end.

I’ve already said too much.

So, I’ll stop here and advise you more than warmly to watch Kikujiro if you haven’t already done so. A somewhat unusual film (especially if you’re not used to Takeshi Kitano’s films) but also a endearing and even moving film…

(I even help you setting up your catch up session with a link to the DVD on amazon here.
If you buy it from this link, I’ll get a few cents in commission,
it’s not much, but it’ll help pay the bills 😉 ) 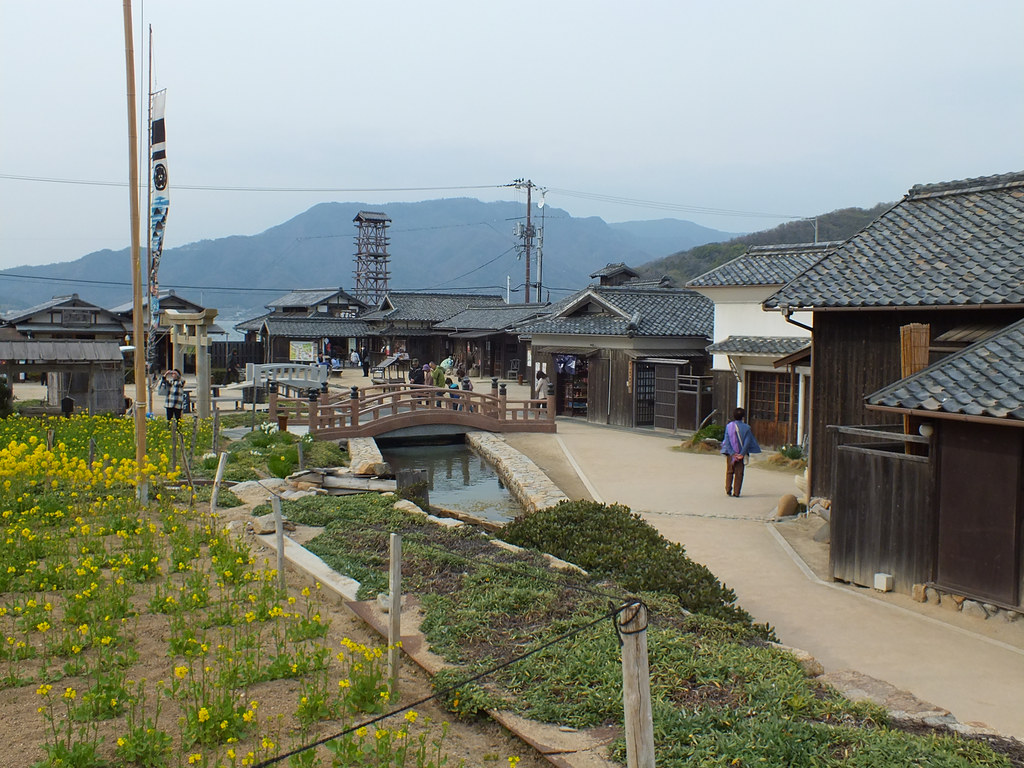 Today, I will tell you about the 24 Eyes movie village on Shodoshima. But first of all a few explanations of […] 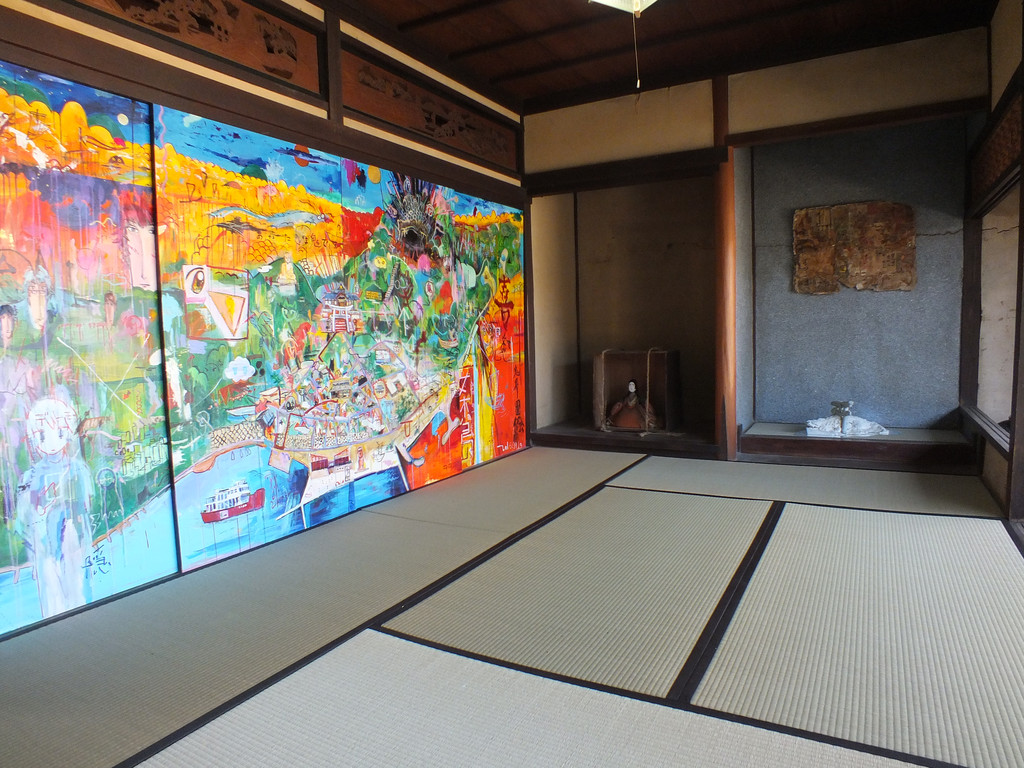 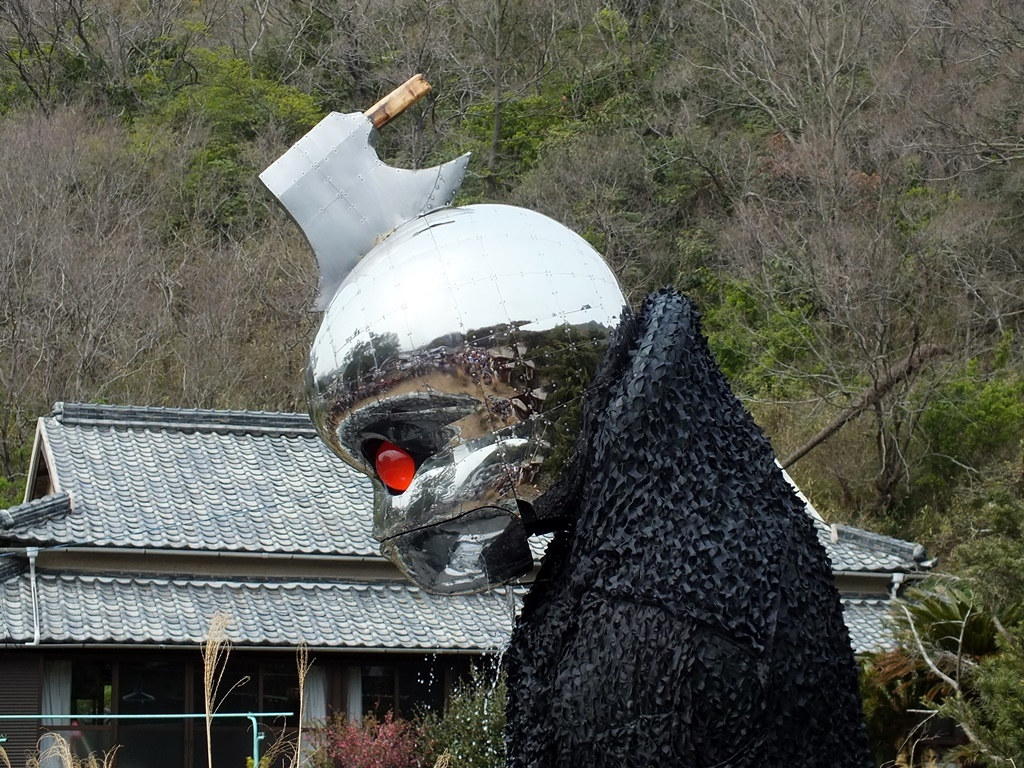 At the Setouchi Triennale, among the artists, there are people like you and me, who simply applied with a project that […]