So, long story short, on Sunday morning, the whole family ended up on a small motorboat  and got a free mini-trip off the coast of Takamatsu and into the Seto Inland Sea.

We left the marina, went to the red lighthouse, then to Megijima’s southern tip, turned around two buoys, and headed back to the marina.

It took about 30 minutes, and it was a lot of fun. For the kids, obviously, but also for me. I may have ridden ferries, big and small, over the Seto Inland Sea literally hundreds of times (300 times? maybe?) but it only was my fourth or fifth trip aboard a small boat, and probably the first time for the kids.

Of course, I had to take pictures and film a little. It’s a shame that the weather wasn’t better, but I guess it gives an interesting vibe to the thing. 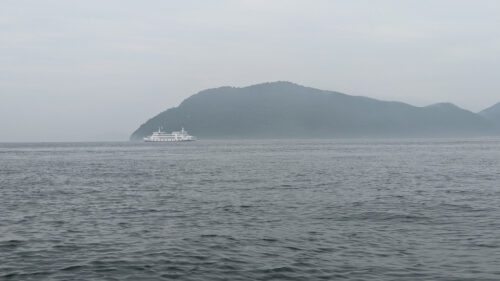 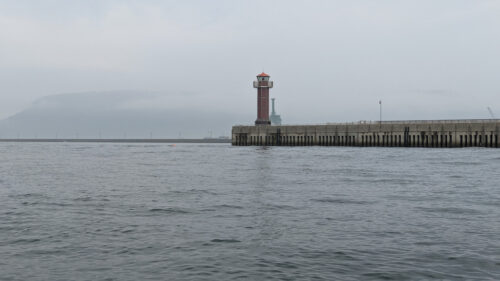 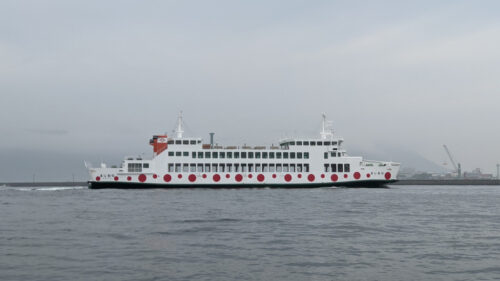 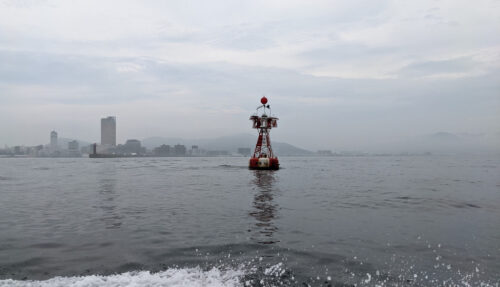 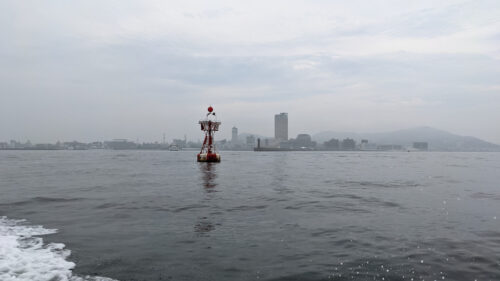 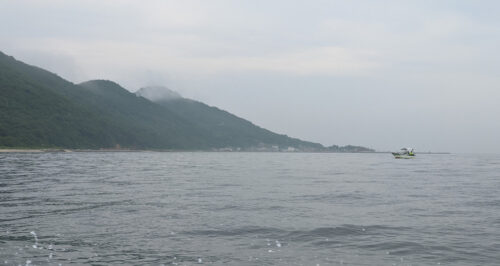 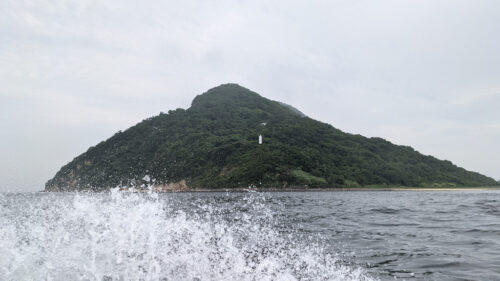 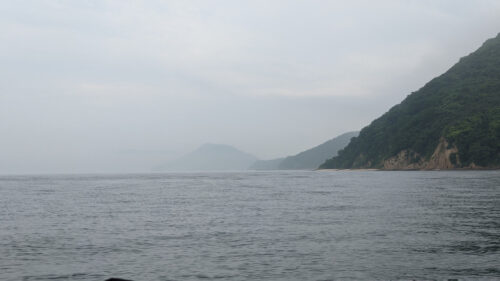 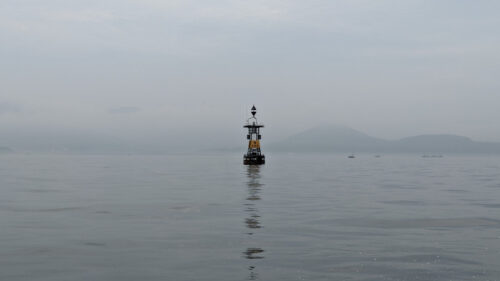 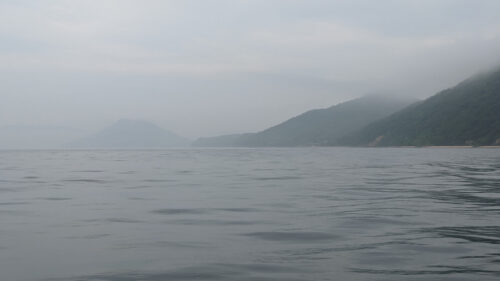 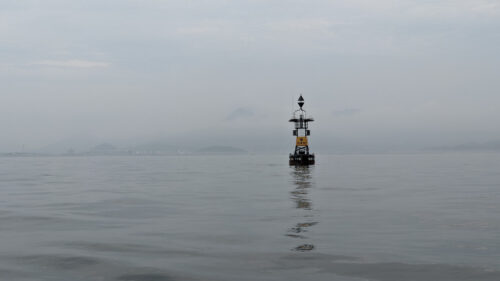 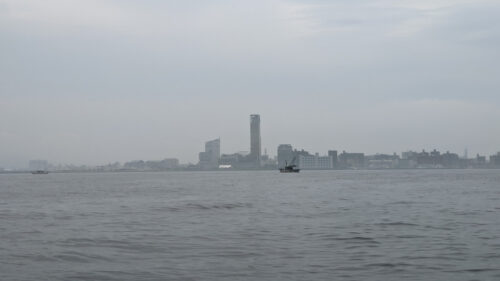 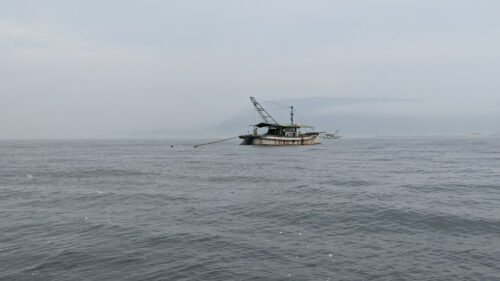 Getting close to the fishing boats 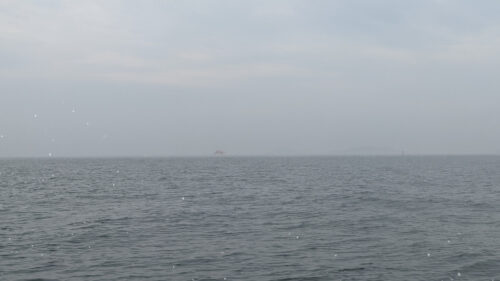 Can you see Meon?