About a month ago, hours before I broke my toe, as it was sunny and not too hot, we decided to go for a stroll in Ritsurin Garden.

The goal was to spend time together as a family, so I didn’t bring my camera with me. However, it’s simply impossible to go to Ritsurin Garden and not take a single picture, even after having visited it twenty times or so (not sure how many times I’ve been, but I’d say about twenty). So here are a few pics I took with my phone. 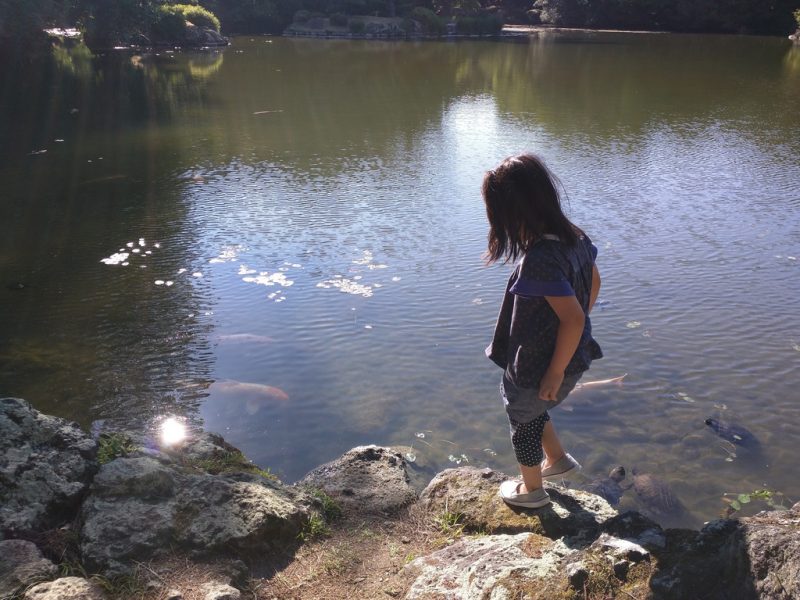 Usually, my daughter is all about the Koi Carps, but that day she really was into the turtles.
I think that it’s the whole “coming out of the water” that did the trick. 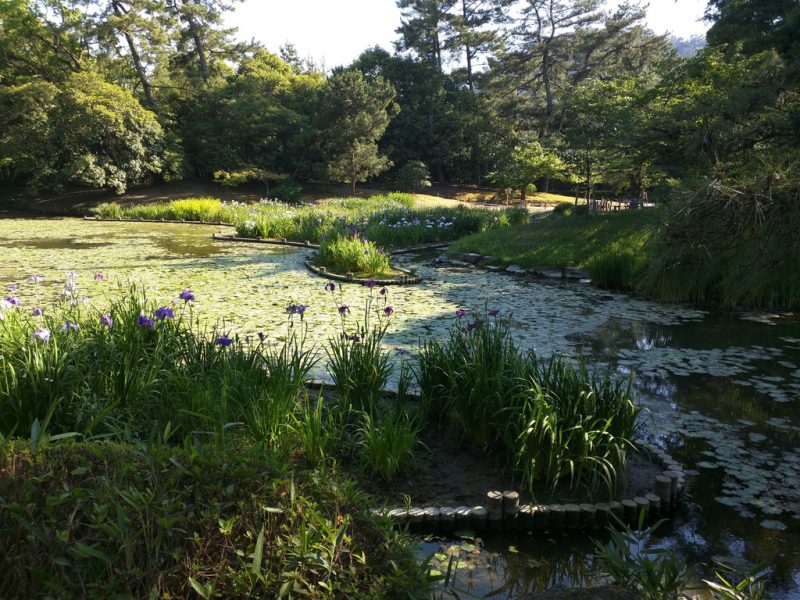 The way the garden is designed, it doesn’t matter what time of the year you go, some flowers will be in bloom. This was the end of iris season (and lotus season was about to start). 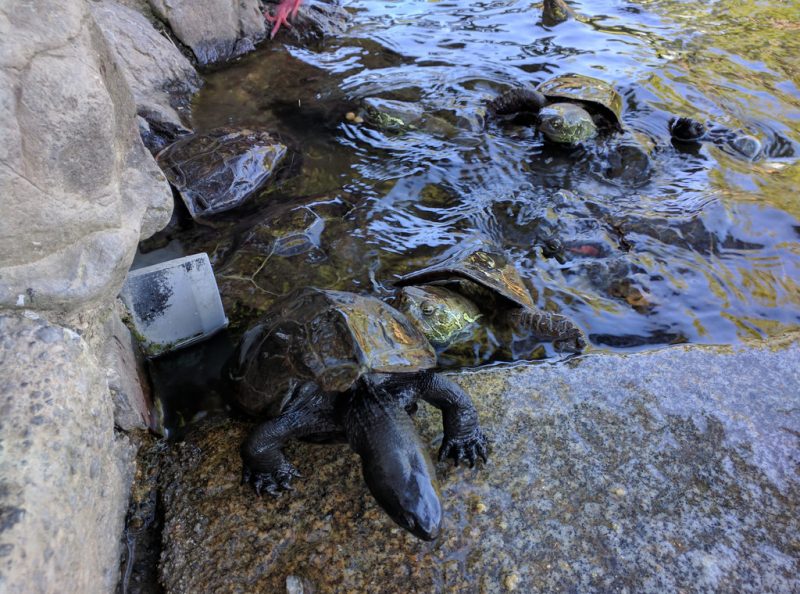 Did I already mention that there were turtles in Ritsurin Garden? 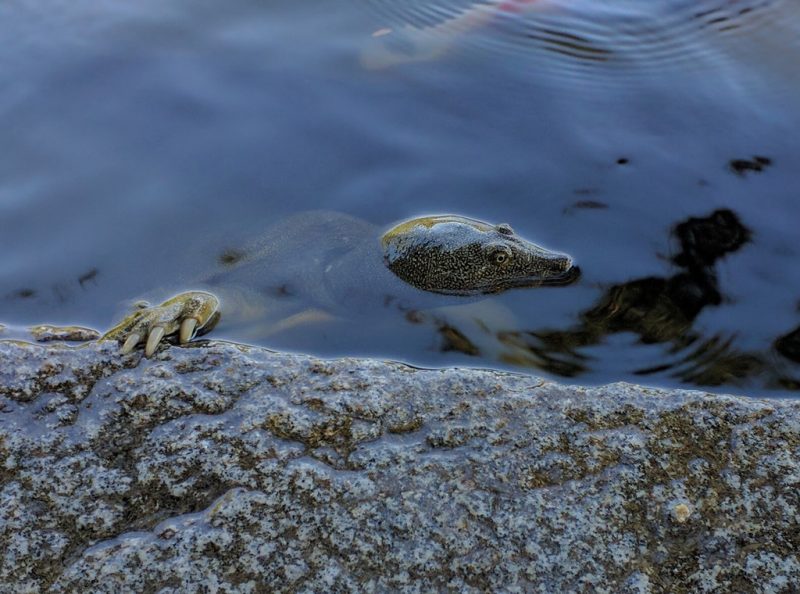 Even softshell turtles… They are more shy than their cousins (which is paradoxical, as they’re more dangerous; they may bite). This one waited for the whole commotion calmed down a little to come closer, and even then, it didn’t leave the security of the water, not even for food. 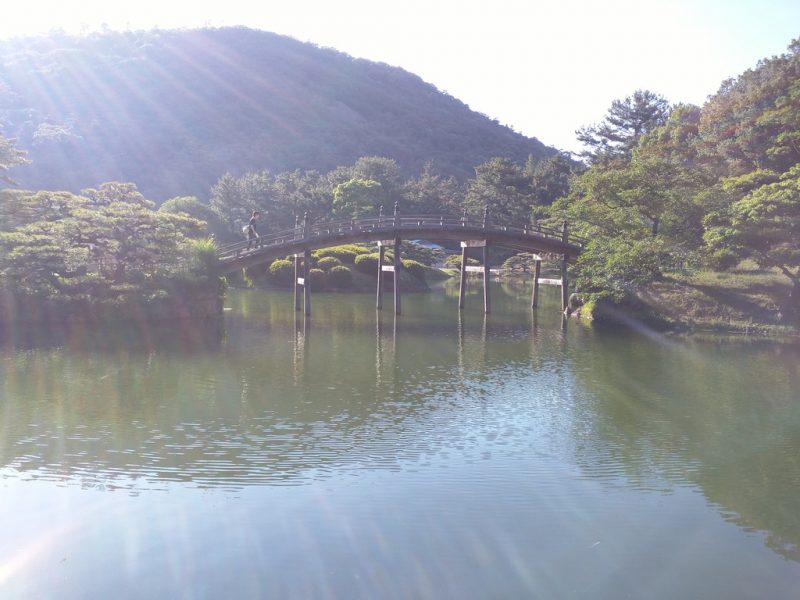 Engetskukyo, the most famous bridge of Ritsurin Garden, under two different exposures. 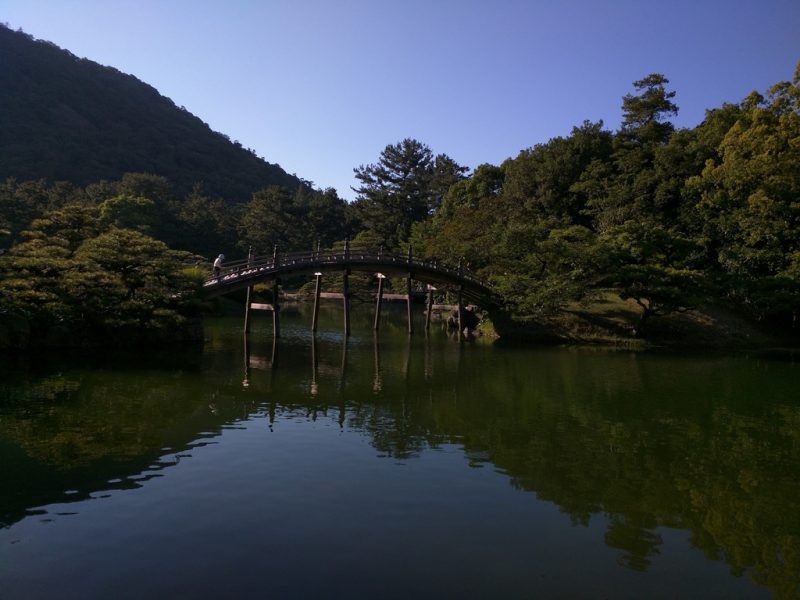