Almost two weeks ago (sorry for the delay, but you know how life has this nasty tendency to get in the way at times), an event both very official and quite confidential happened in the Takamatsu marina.

I’m talking about the launch of the Bangladeshi dinghy from Bengal Island that I have mentioned several times on this blog before.

It was my first boat launch ever, and the event was much more emotionally charged than I had ever imagined.

We got there at about 10am, and we were met by almost all of the Bangladeshi delegation from Bengal Island, a good number of the Japanese (and foreign) artists who are part of the project too, as well as a few locals  – us included. Funny how I knew, if only by sight, a bunch of the locals. I guess we tend to attend the same events. While the event was very official (the Bangladeshi ambassador to Japan was present, Fram Kitagawa – the Setouchi Triennale‘s director – too), it was at the same time pretty “private.” For some reason, the event hadn’t been publicized much (maybe because they wanted to keep it somewhat private?). On the one hand, the event definitely deserved a larger audience, on the other hand, had it been on a larger scale, it would have lost its somewhat intimate atmosphere; pretty much everyone there knew at least a few other people present, and everyone was pretty much at least a friend of a friend. 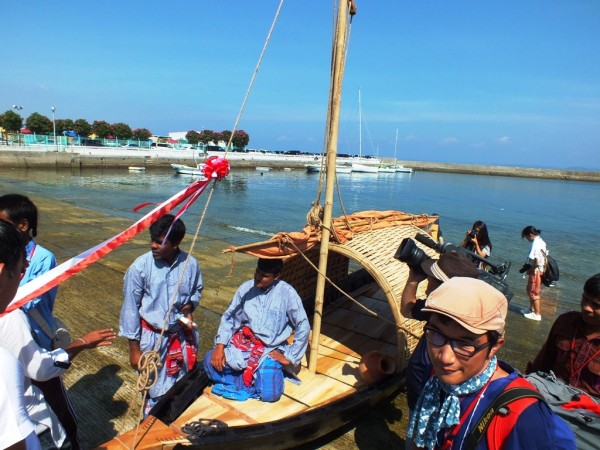 When we got there, things were pretty much ready to start, people were just finishing taking pictures of the boat and crew (who also were the shipwrights).

Then, everyone walked away from the dinghy. The ceremony could start: 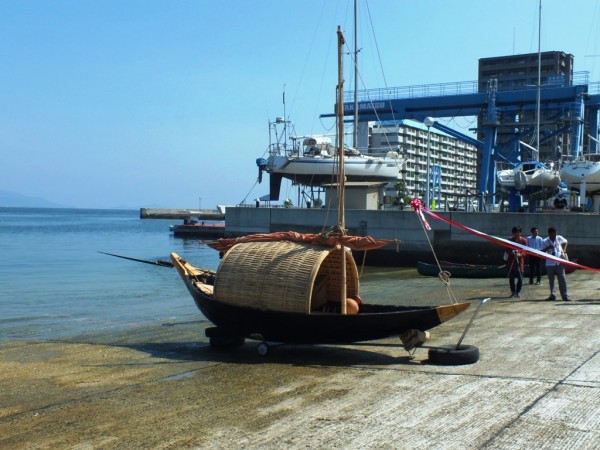 Among the audience, most people taking part in Bengal Island were present (and if you care, Fram Kitagawa is the man with the white suit and the hat):

I have already introduced Wasama Doja on the blog. I’d like to reiterate that it is thanks to him and his friendliness that I got interested in more details about all of this. It’s also thanks to him that I was there that morning. And it’s also thanks to him that I understood the relationship that some people and populations can have with boats. I feel that now, I understand better a certain part of humankind (with no exaggeration) for whom boats are not just a vehicle. Among those people are many Bangladeshi of course, but also the Setouchi Island people.

Serious things started when Douglas Brooks, Koji Matano and Takumi Suzuki, the shipwrights from Bengal Island’s other boat project blessed the boat according to shintō tradition.

Then the actual launch took place: 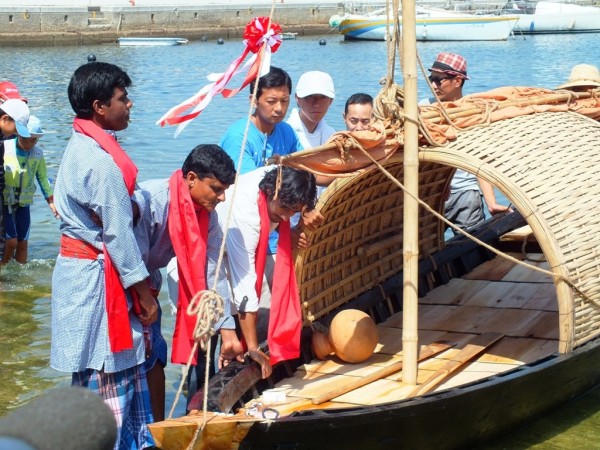 Then, the sail was hoisted for the very first time: 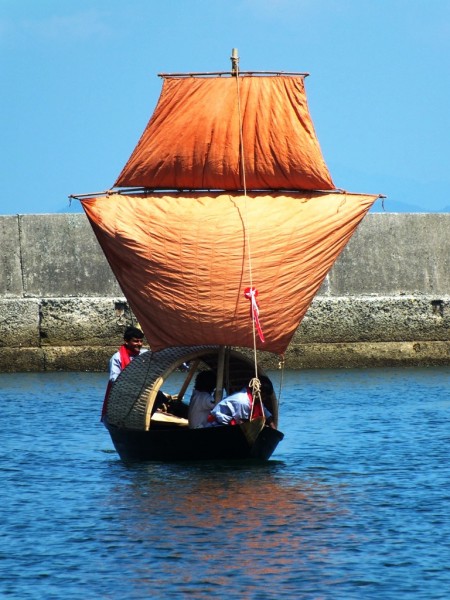 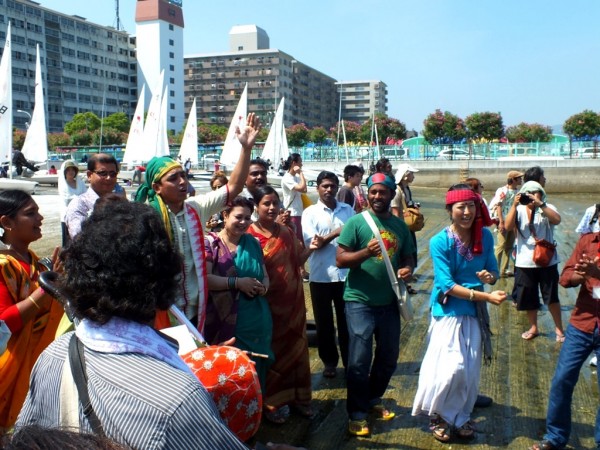 The dinghy “frolicking” in the marina, surrounded by all the kids who had been waiting all along to be able to start their sailing practice and could finally jump in the water with their boats.

Then, it was time to friends and guest to go aboard the dinghy too, starting with Fram Kitagawa for obvious reasons: 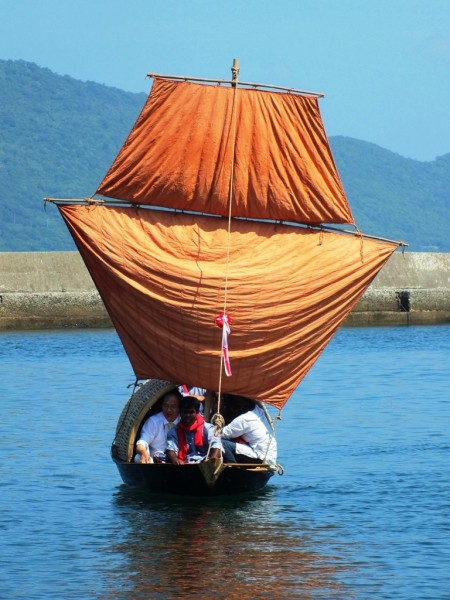 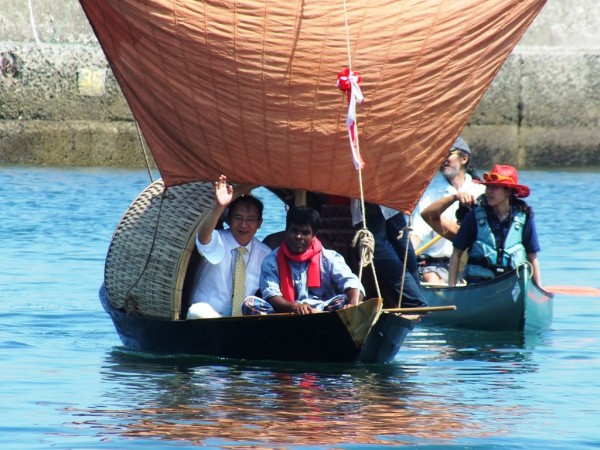 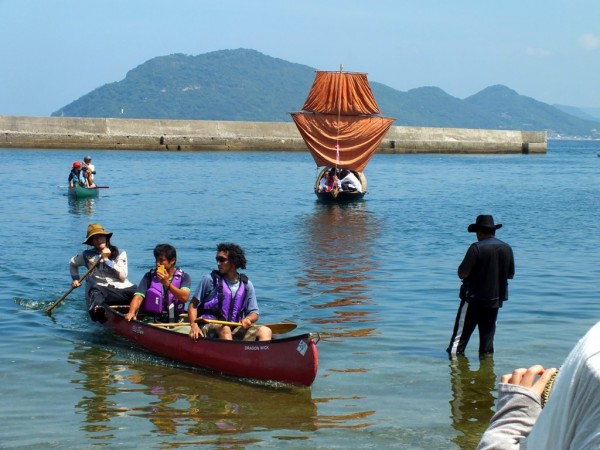 After the end of the official ceremony, as most attendees were leaving or had already left, a few people – mostly the artists and craftsmen from Bengal Island – were kindly invited to come aboard the dinghy for a few minutes each: 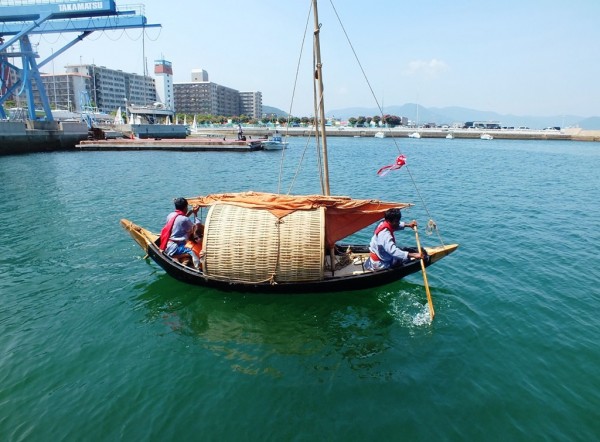 A few more people were also invited aboard: 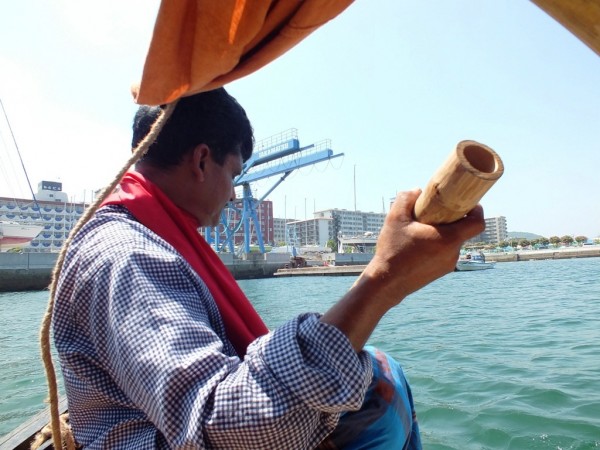 As you will have understood with the two previous pictures, we were among the lucky few. It came as a total surprise. We were on the pier taking pictures and chatting with the people who were there as we knew most of them. Suddenly, Wasama told me out of nowhere “Ok, you guys are next!”

I didn’t expect that at all, and I can’t really explain how touched I was by his invitation (you can easily imagine how excited I was though).

We only spent a few minutes onboard, but being on that boat that I saw being built week after week, from just the few planks that it was at the very beginning was a pretty indescribable feeling. Oh and I got to hoist the sail too.

During the past month, I met extremely nice people, I discovered a culture I pretty much knew nothing about, and a certain interest about boats was born in me. Seeing where I live nowadays, we could argue that it was only a matter of time, but who could have imagined that it came from three Bangladeshi men, two of them with whom I couldn’t even communicate directly?

Yes, this boat which building I followed closely and its launch were priceless enriching experiences for me, and I can only let you imagine as it’s pretty hard right now to translate it into words. Maybe in a few months…

In the meantime, I could never thank them enough. So, again, a big thank you to: 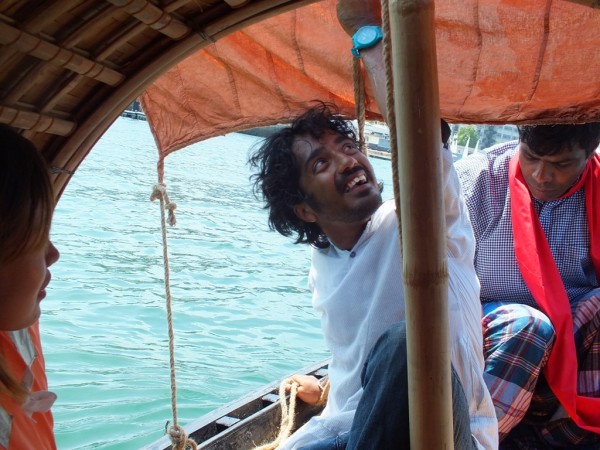 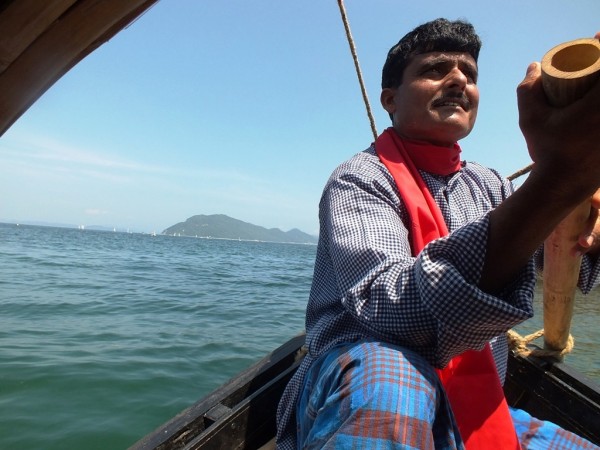 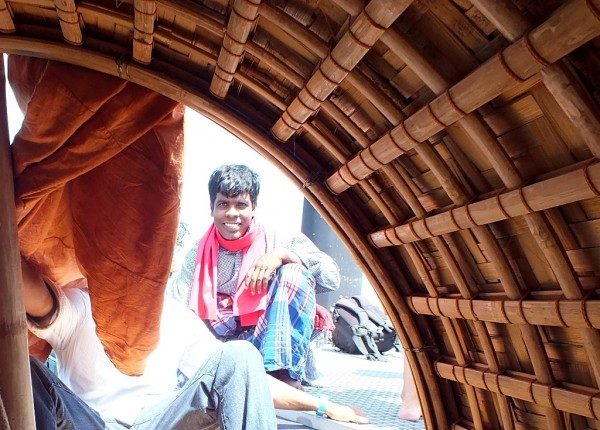 I wish them the best in the world, now that they’re back in Bangladesh, and I really hope our paths will cross again, be it here or somewhere else. 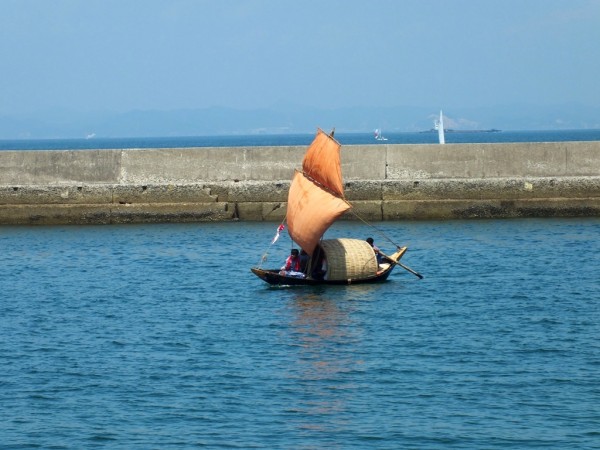