Leaving Marugame Castle, when 康代 told me that the next thing we were going to see was a sand coin I first thought that she got some words mixed up between Japanese and French. She didn’t. The Zenigata located at the bottom of Kotohiki Park in Kan’onji is exactly that.

It is a giant coin made of sand! 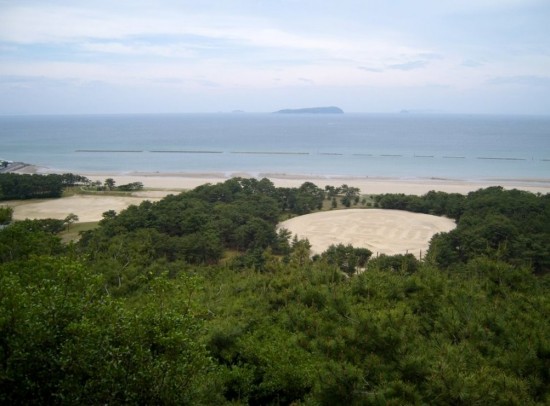 Sounds strange, right ? Or even quite tacky ?

My feeling exactly, or at least until I learned that it was made in 1633 in honor of Ikoma Takatoshi, who was the Daimyō of Sanuki at the time (as well as Ritsurin Garden’s founder).

The legend says that the local population wanted to give him a magnificent present but didn’t know what to do as all they had was sand. As this is all they had to give, somebody suggested to make this giant sand sculpture for him.

So, yeah, this strange sand coin is almost 400 years old. Still tacky? Not sure, but impressive, definitely.

It’s about 100 meters wide (that’s a bit more than 100 yards for my American readers) and it is cleaned up and restore about twice a year.

The other legend associated with it is that whoever sees the coin from the top of the hill (aka Kotohiki Park) will live a long life devoid of financial problems. I suspect that 康代’s dad brought us there for that very reason. 😉 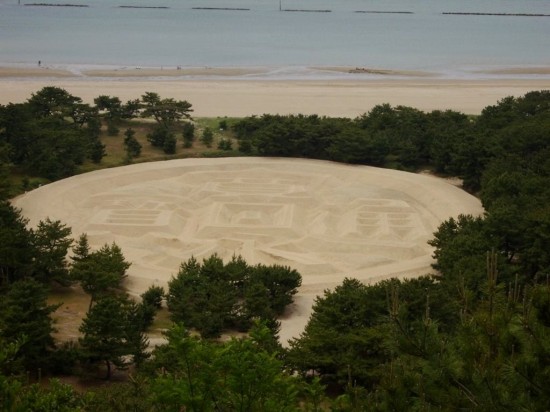 2 thoughts on “Zenigata in Kan’onji”