There are so many things happening in Takamatsu during this month of August that I’m almost forgetting to tell you about the other artworks and locations of the Setouchi Triennale. I especially haven’t told you about all of the interesting artworks on Ibukijima, a thing I need to do as soon as possible as there are only two weeks left to see the art there, and you don’t want to miss them if you have the opportunity to go.

So today, a few words and pictures about Unsinkable Ship by Ryō Toyofuku.

It’s Ryō Toyofuku second artwork for the Setouchi Triennale as he had already signed Treasure Ship three years ago on Shōdoshima. His work this year on Ibukijima is quite different in style, although we find a constant: the abundance of small objects grouped together to create a larger thing.

Unsinkable Ship is set in several rooms of Ibukijima’s former elementary school and when you enter the first room, this is what you (barely) see: 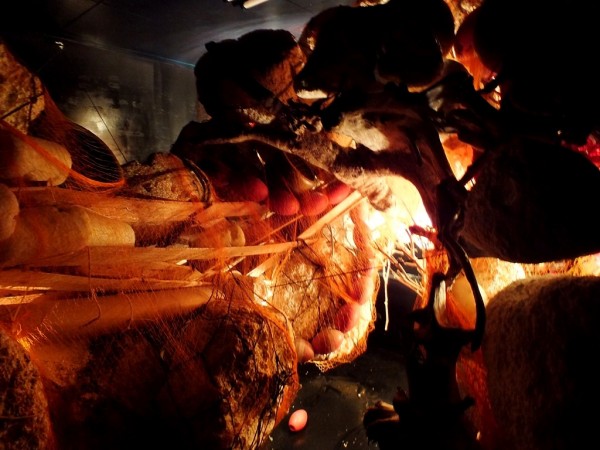 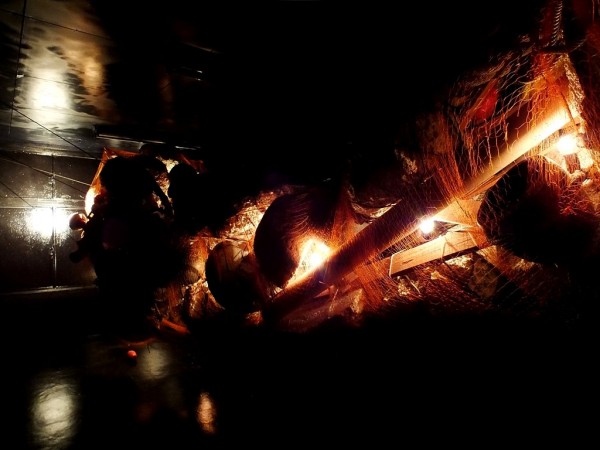 In the next room, there’s more light and we start seeing what’s going on: 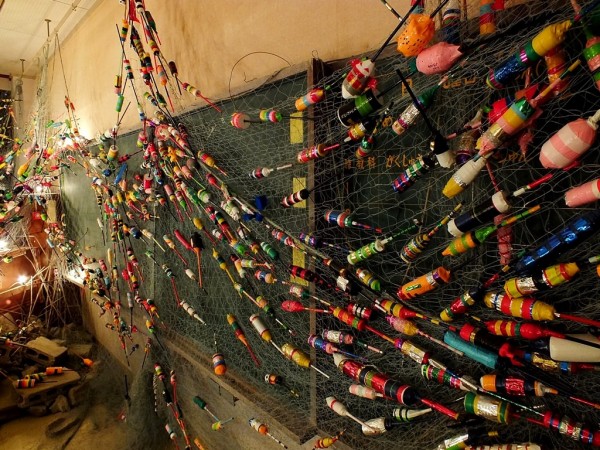 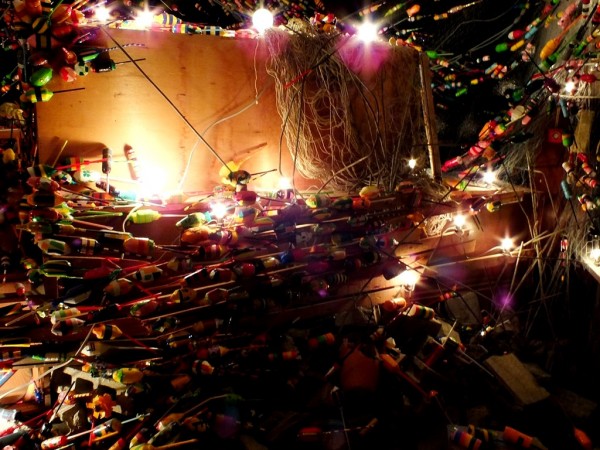 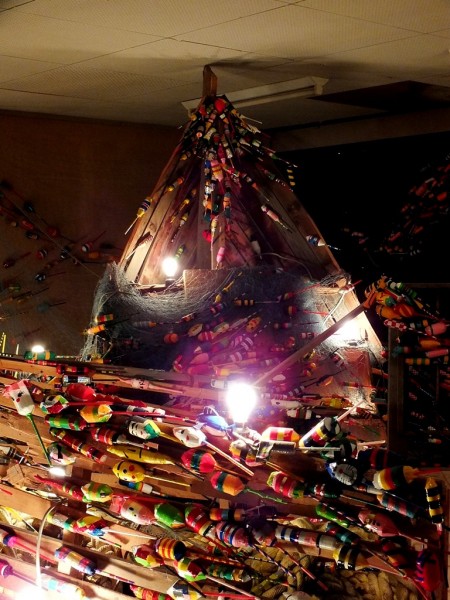 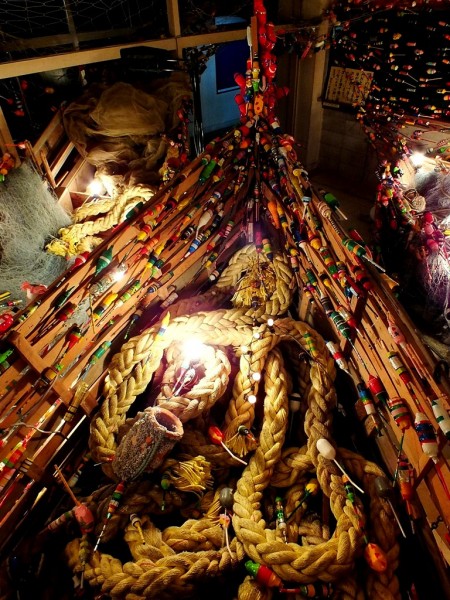 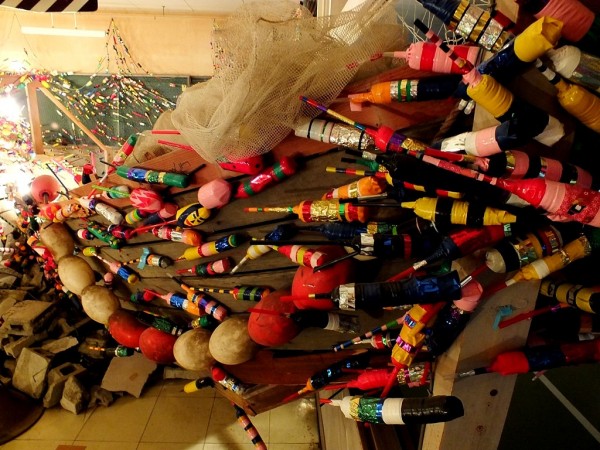 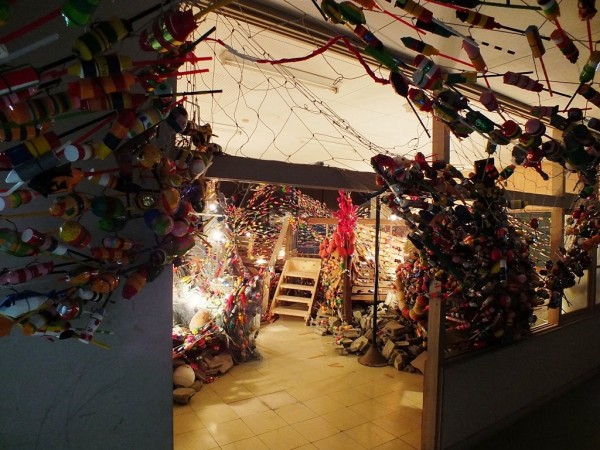 Finally, when we walk upstairs (to the surface?) it gets quite impressive: 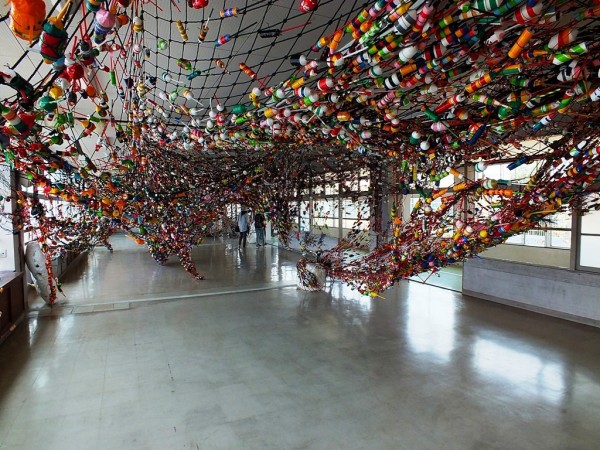 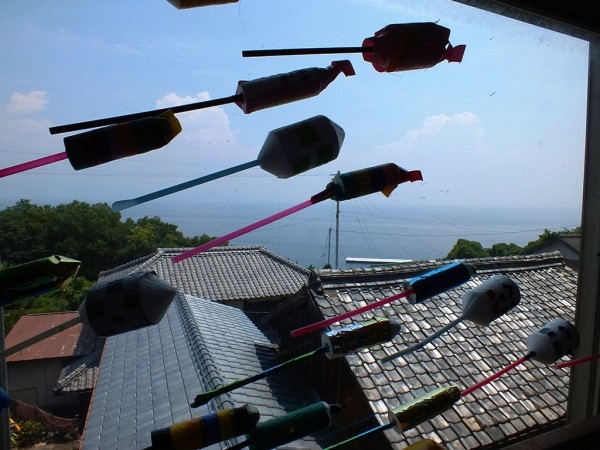 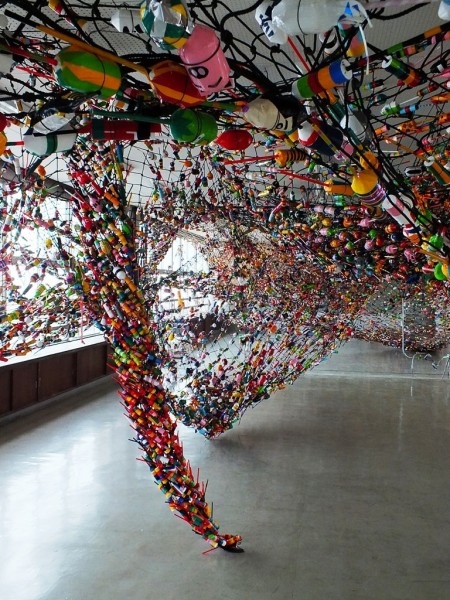 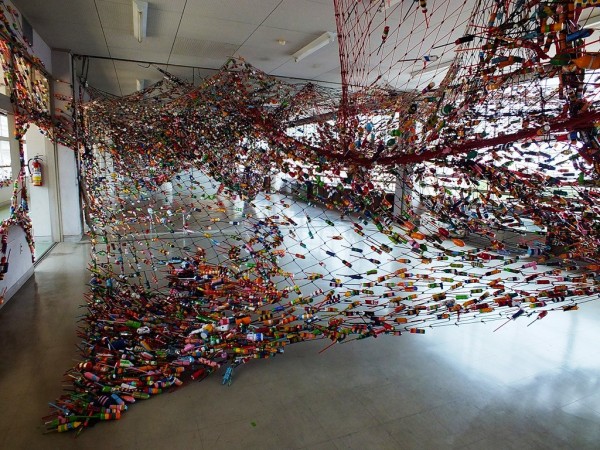 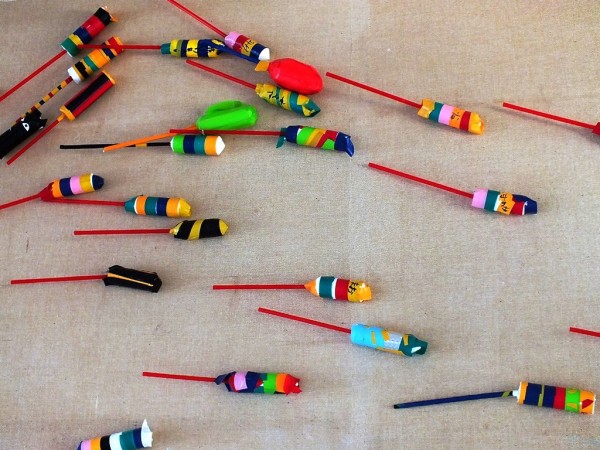 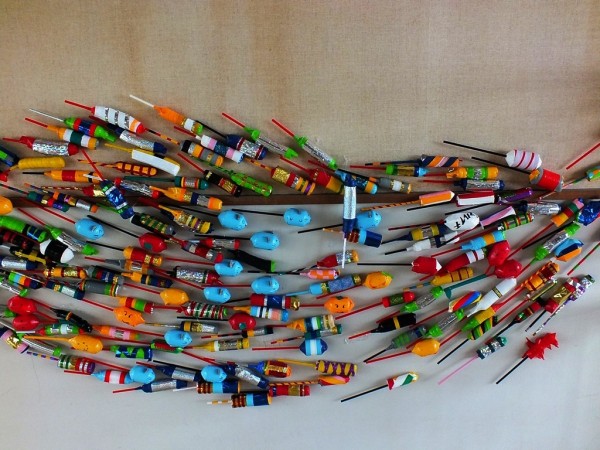 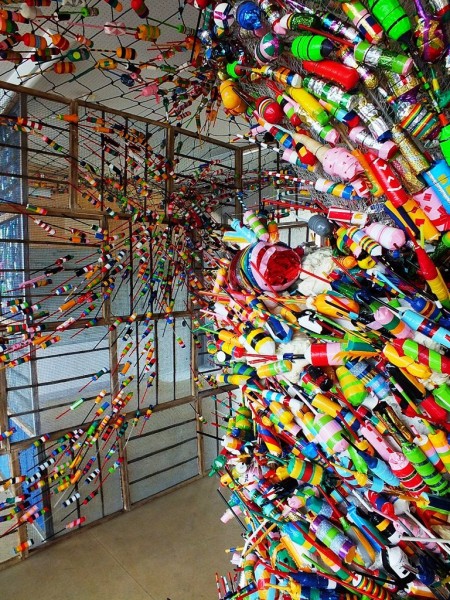 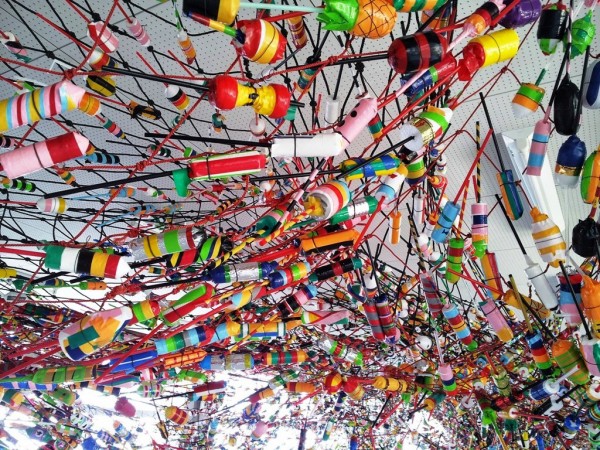 In total, those are about 50,000 floats that have been made by Ryō Toyofuku with the help of the Chiba Art School as well as the local population (both from Ibukijima and from Kan’onji, as Ibukijima is technically a part of Kan’onji).

So, if you’re in the area, you still have two weeks to see Unsinkable Ship on Ibukijima.