A few days ago at the Megijima matsuri, as it’s often the case in local matsuri (probably elsewhere too) there was a tengu. Among other “duties”, he touched with his nose whoever desired so. I’m not too sure about the meaning of the act, I assume that it has to do with good luck, good health and similar good presages. The whole thing was very lighthearted though, he was even seriously messing around with some of his friends (shōchū helped I assume). However, at some point, an old lady came to him: 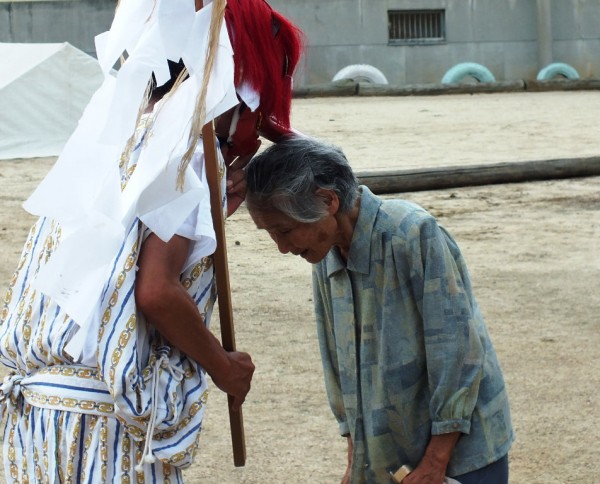 Her pace was slow, she looked frail. She came to him, with a big smile. They didn’t speak, or if they did, it was imperceptible. The tengu stopped fooling around for a while. He gently lowered his nose and delicately put it on the old lady’s head. Just for one second, maybe even less. She thanked him and she walked back and quickly disappeared among the assistance.